Are Glyphosate-Based Herbicides Safe Around Pets?

Roundup is a popular and controversial herbicide with glyphosate as the main ingredient. Glyphosate is one of the most widely used weed killer in the U.S. It was patented in 1974 by the agribusiness giant Monsanto and manufactured and sold by many companies around the world. Nowadays, there are over 750 products containing glyphosate for sale. Glyphosate-based herbicides are applied in agriculture, forestry, industrial weed control, lawn, public places like parks, streets and schools and also by people in their gardens.

You might be the type of person used to spray your lawn and garden with Roundup weed killer. This should make you wonder about this herbicide in terms of its danger to your four-legged companions. The herbicide applied against unwanted vegetation may seem like a good idea, but they can be harmful to dogs, other animals and even the environment. We all know that dogs love to roll in the grass, chomp on it and sniff out interesting things in it. This natural dog behavior can lead to ongoing canine health problems if you use Roundup on your lawn. Surprisingly, the scientists detected concentration of lawn chemicals in the urine of dogs whose owners did not treat their greenswards. The explanation is simple: dogs taken on walks can absorb chemical applied around the neighborhood. A pilot study conducted by HRI Labs found that glyphosate levels in dogs are much higher than in humans. Pets may be more vulnerable to pesticides because they are lower to the ground, have unprotected paws and may eat food contaminated with glyphosate. The highest concentrations of herbicides inside a home are typically found into the carpet and the dog’s favorite lounging spots. The glyphosate residue on your dog’s fur and paws brought into your house they can linger indoors for years. 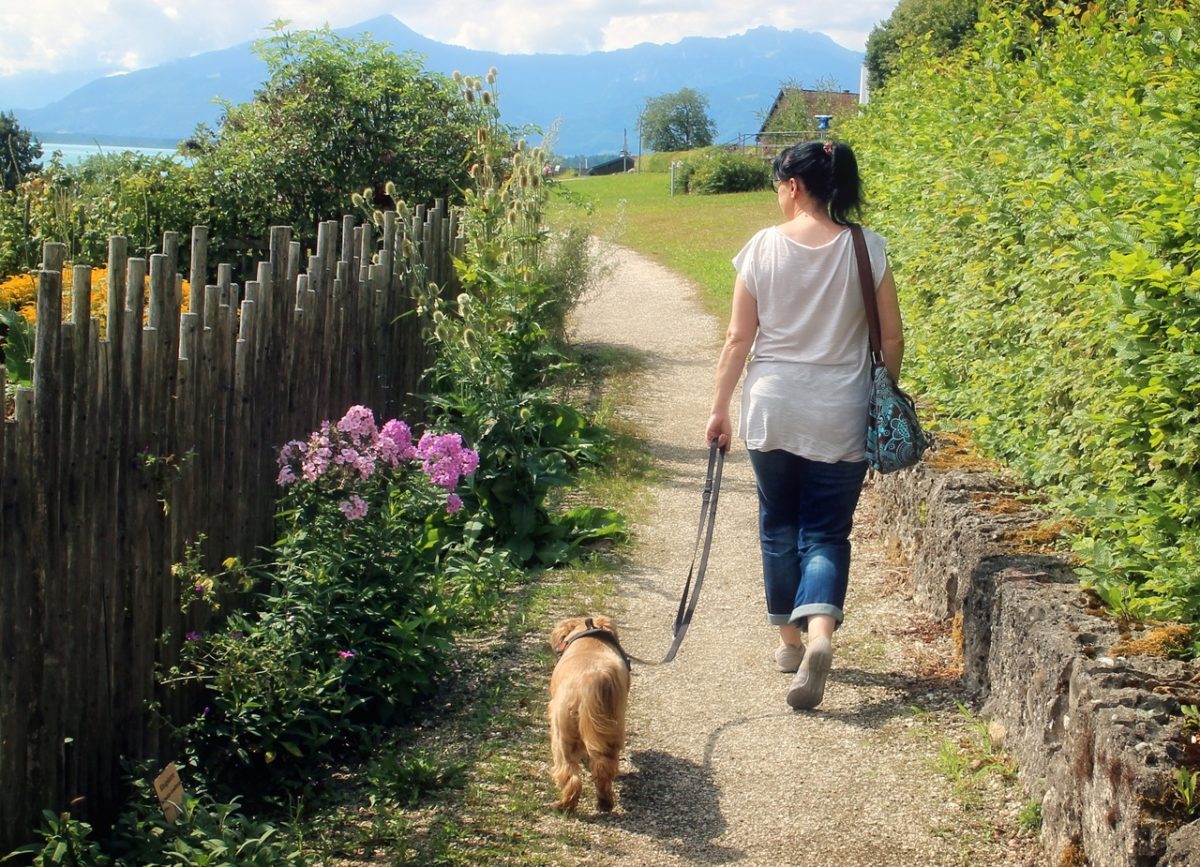 Pets experience the same reactions to herbicides exposure as do humans. Tests show that about 15 percent of dogs that eat grass treated with glyphosate-based herbicide develop serious symptoms of toxic reaction. Animal studies have indicated that one-fourth of the amount of glyphosate is absorbed after ingestion. Clinical signs typically appear within 30 minutes to 2 hours following ingestions. Severe cases may progress to collapse and convulsions. Glyphosate accumulates over time in the tissues of the dogs, so it can remain in the intestines, spleens, kidneys, muscles, and bones.

According to the National Pesticide Information Center, exposure to glyphosate may cause a number of toxic reactions, including weight loss, lethargy, excessive drooling, vomiting, and diarrhea.

Long-term health concerns can include:

How to reduce your pet’s glyphosate exposure

Be very cautious and steer clear of all lawn chemicals especially Roundup when you have animals. An important heads up for all of you who use glyphosate-based herbicides around your home is to replace them with organic herbicides made from ingredients that naturally occur in nature. Organic herbicides are low toxic, break down rapidly leaving no residual effects and can save your pets and yourself from frightening ordeals. Be aware that even though you go green, your neighbor may be spraying chemicals that can potentially infect your property and pose a risk to both you and your pet. Avoid parks, schoolyards or other areas that have likely been sprayed with herbicide. You can ask public officials what herbicides are sprayed in your dog’s favorite park. In this respect try to avoid allowing your pet access to any outdoor area unless you can be sure no chemicals have been applied there. Periodic detoxification is also a good way to help your pet flush toxins from the body. In case you witness your pet consuming material that might be toxic, you should immediately seek emergency assistance, even if the pet seems fine.

For those of you still feeding your dog or cat commercial pet food that contains grains, we have another reason for concern. New studies show how glyphosate has permeated pets’ food. Residues of glyphosate have been detected in all dog and cat foods tested by researchers at Cornell University. Research scientists assures us that glyphosate in pet food can have deadly consequences. When it comes to your pet’s diet, avoid commercial kibbles and canned foods. We rather recommend either a dehydrated raw diet or gently cooked food free of grains and genetically modified ingredients.

Pets are exposed to glyphosate every day, as glyphosate is pretty much everywhere. It’s impossible to avoid glyphosate exposure completely, but as a responsible pet owner, you can take actions in order to reduce its damage to your four-legged friend and to yourself. Wishing you and your pet all the best!

Gregory A. Cade is the principal attorney and owner of Environmental Litigation Group, P.C.  His vast experience with toxic exposure cases helped him thoroughly understand the hazardous effects of the glyphosate on the human body. Gregory A. Cade has a genuine desire to help victims with lymphoma cancer caused by Roundup and he is dedicated to fighting for the rights of individuals harmed by unsafe products.