In early 2016, I took an Ancestry DNA test, and in February 2016, I received my AncestryDNA test results.  I was very excited to see what my results would be.  You can read about that here.

I have been logging in to my Ancestry and AncestryDNA accounts on a regular basis, to work on my family tree and to see if I have any new DNA matches. 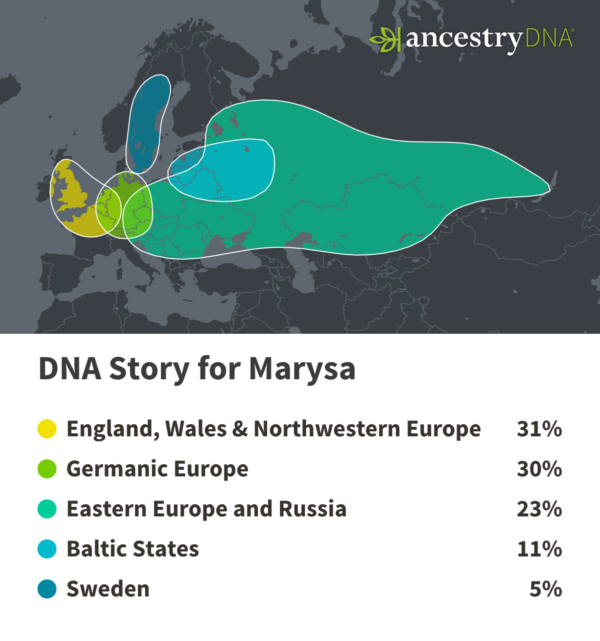 While it is a little hard to grasp why my estimates have changed so much, I see that the reference samples have increased from 3,000 to over 16,000.  I have noticed my DNA matches have increased quite a bit over the years (mostly distant cousins), and it seems like AncestryDNA has grown a lot overall.  A couple years ago, I didn’t know anyone who had taken an Ancestry DNA test, and now I have several friends and family members who have taken it. 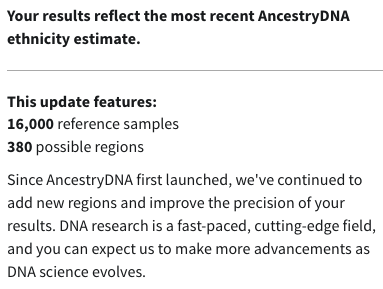 I can still see my previous results, and Ancestry also shows me the comparison. You can see how not only did my results change, but the regions are also more refined. 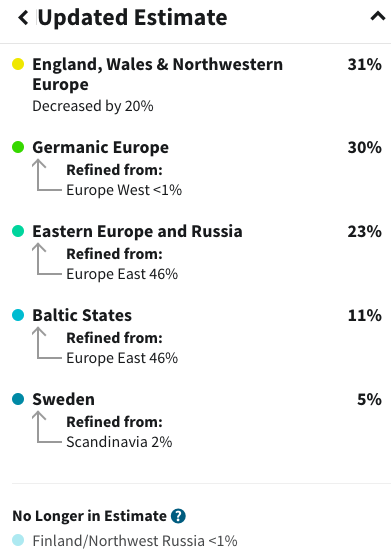 Previously, I was 51% from Great Britain and 46% Eastern European, so it is a big change. 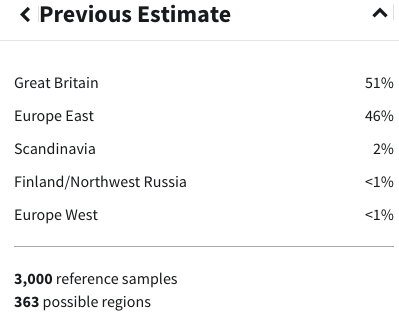 My husband also saw some big changes in his DNA samples. 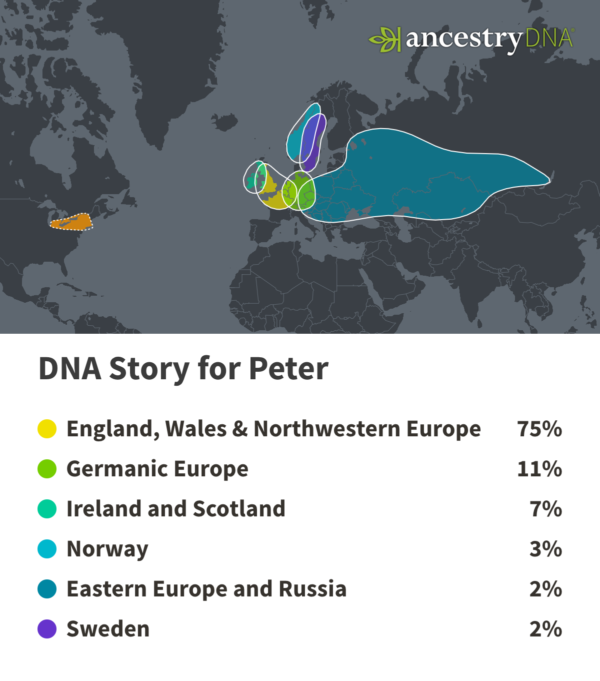 He also had a lot of big changes – losing much of his original Irish estimate and lots of other big increases and decreases. 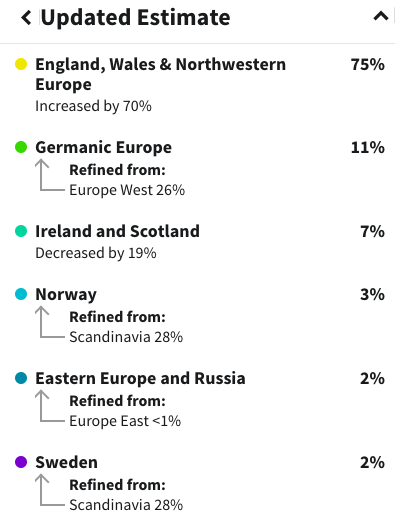 He also had a new breakdown, showing migrations within the United States.

If you haven’t logged into AncestryDNA in a while, be sure to log in and see your updates!

Check out my other posts here:

My AncestryDNA Results (from 2016)

Getting Started with Ancestry and AncestryDNA

Save 15% off an AncestryDNA kit: http://refer.dna.ancestry.com/s/marysa6