Dethatching A Lawn: Everything You Need To Know

To maintain the lush, green grass on your lawn, you need to carry out regular maintenance. But sometimes, it can look unappealing despite your best efforts to maintain it. When this happens, you need to dig deeper to identify the cause. Thatch, a combination of dead and living plant material, builds up naturally at the base of your lawn.

Ideally, such organic matter decomposes with time. But if the rate at which it builds up exceeds its decomposition rate, the thatch layer can become too thick; hence, necessitating removal. This process of removing built-up grass is what is referred to as dethatching. 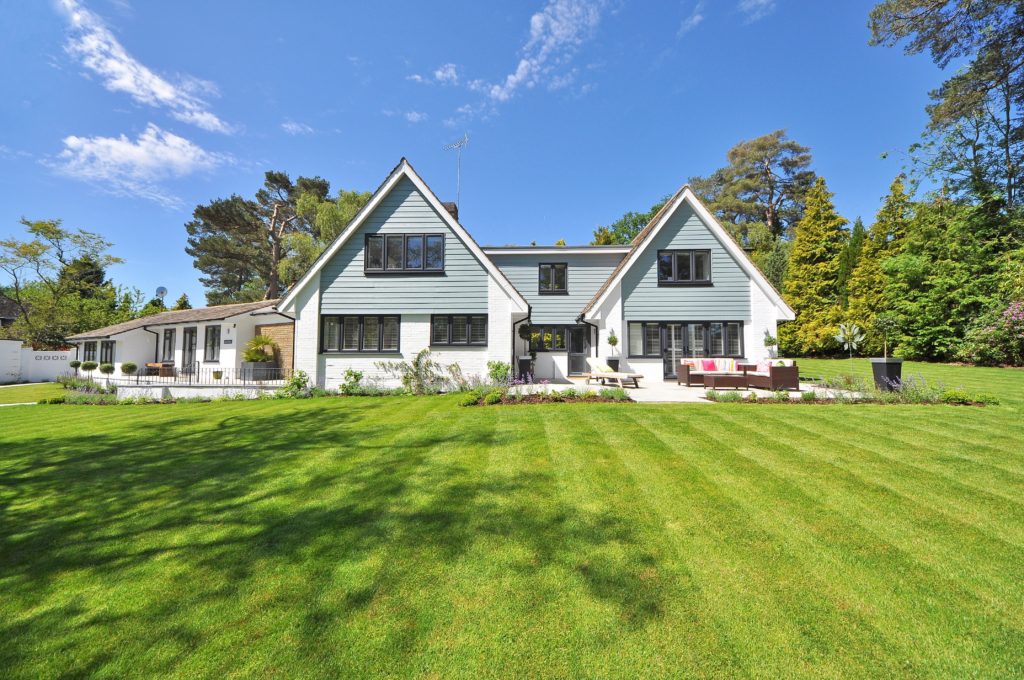 When To Dethatch Your Lawn

The easiest way to determine whether to dethatch your lawn is to check the level of thickness of the thatch. A layer that is only half an inch thick is no cause for alarm. When it’s this thin, it doubles up as mulch. In this sense, the thatch serves several functions, such as:

That said, thatch that accumulates in large amounts can be problematic for your lawn. More specifically, a layer of thatch, which is more than half an inch thick, should be removed. This is because it creates a barrier, preventing the root system from accessing essential nutrients and water. A very thick thatch layer also poses these risks:

Causes of Too Much Thatch

There are a few reasons why your lawn ends up with excess thatch. It could be because of a rapid increase in the rate at which dead plant matter accumulates. Another likely reason is if the rate at which the dead weight is decomposing slows down. Both of these events cause organic matter to build up to such a high level that it becomes unhealthy for your lawn.

Step-by-Step Guide to Dethatch Your Lawn

If you have a relatively small lawn, a thatching rake is enough to eliminate the dead stems and debris. This piece of equipment is equipped with sharp, rigid blades, which are closely spaced. So all you need to do is to pull the rake across the grass, and it will dig out the matted thatch.

What I like most about a thatching rake is that it’s super easy to work with. But if you’re dethatching a large area, using this tool can be quite fatiguing. So, for big-sized lawns, a dethatching power machine is the most appropriate tool. This machinery works in a reasonably similar manner as a lawnmower. It requires you to navigate it back and forth to remove the thatch.

But before you start dethatching, first take note of where some of your lawn’s elements are located. For instance, if you have cables buried underneath, or sprinkler heads, mark their locations first.

Rake and water your lawn

Once you have dethatched your lawn, the next thing is to rake it. You can use a simple leaf rake for this step. The idea here is to get rid of the thatch loosened up using the thatching machine. The next step is to water your lawn to the point where the soil becomes completely saturated.

Despite being an integral part of lawn maintenance, many homeowners tend to neglect aeration. But it’s a crucial process, which should be taken into consideration, especially after dethatching. Here are the benefits of aerating your lawn:

To aerate after dethatching, poke holes into the lawn using either an aerator or fork. Doing this will enable water and nutrients to be fed into the grass easily.

The last step involves adding fertilizer. While it’s not mandatory, fertilizing speeds up the rate at which the grass regrows. But don’t be in a hurry; it could be a month or two before you start noticing new growth!

Dethatching is the process of removing dead stems, roots, and debris, which accumulate on a lawn over time. The ideal time to undertake this exercise is when the thatch builds up to more than half an inch thick of a layer. At this point, the dead plant matter can hamper the proper air exchange between the soil and the atmosphere. It could also deprive the grass of water and essential nutrients, hence the need to dethatch.