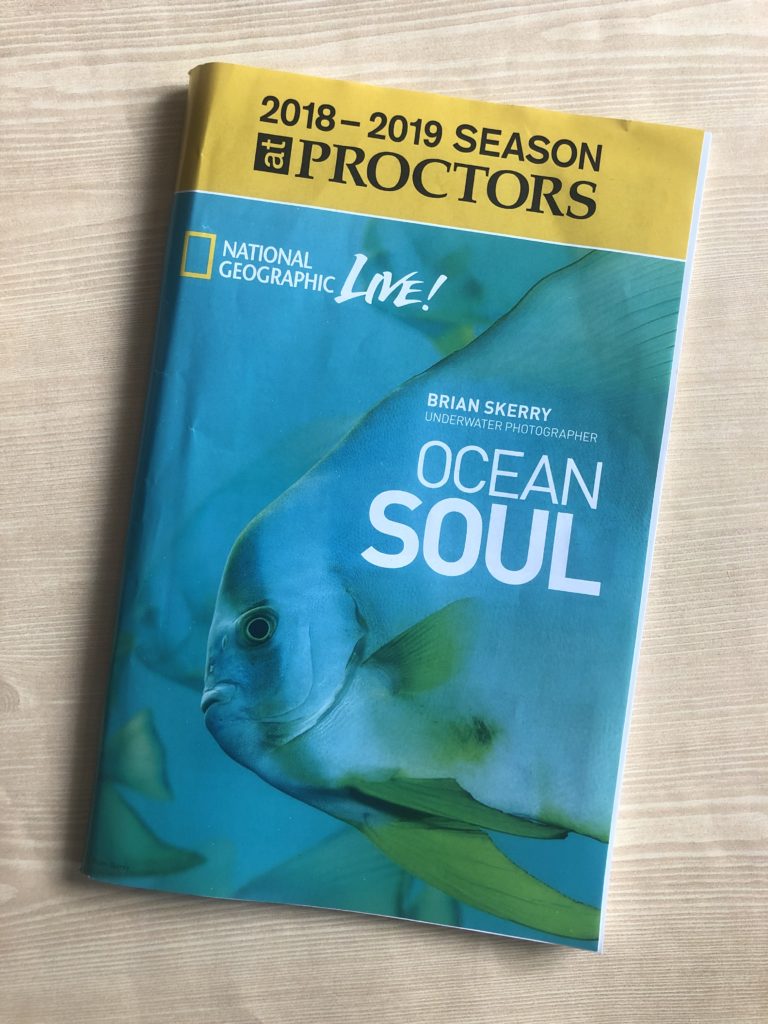 “Voyage across the oceans with one of National Geographic’s most seasoned photographers and discover a vast, hidden world beneath the waves. Using his camera to communicate, Brian Skerry has spent more than 10,000 hours underwater telling the oceans’ stories. His images celebrate the mystery of the depths and offer portraits of creatures so intimate they sometimes appear to have been shot in a studio. Skerry dives eight months of the year, often in extreme conditions beneath Arctic ice or in predator-infested waters, and has even lived at the bottom of the sea to get close to his subjects. This past fall, National Geographic Books published Ocean Soul, a landmark retrospective of Skerry’s photographs. In the book and this presentation, Skerry takes us from the glacial waters of the North Atlantic, where harp seals face off with commercial hunters, to the balmy central Pacific, where he photographed damaged coral ecosystems rebuilding themselves. On stage, Skerry is a passionate spokesman for the oceans he loves to photograph. His riveting presentations to audiences at TED, Harvard, and London’s Royal Geographic Society inspire reverence for the marine realm and offer hope for protecting the vitality of the world’s oceans.” (https://www.proctors.org/) 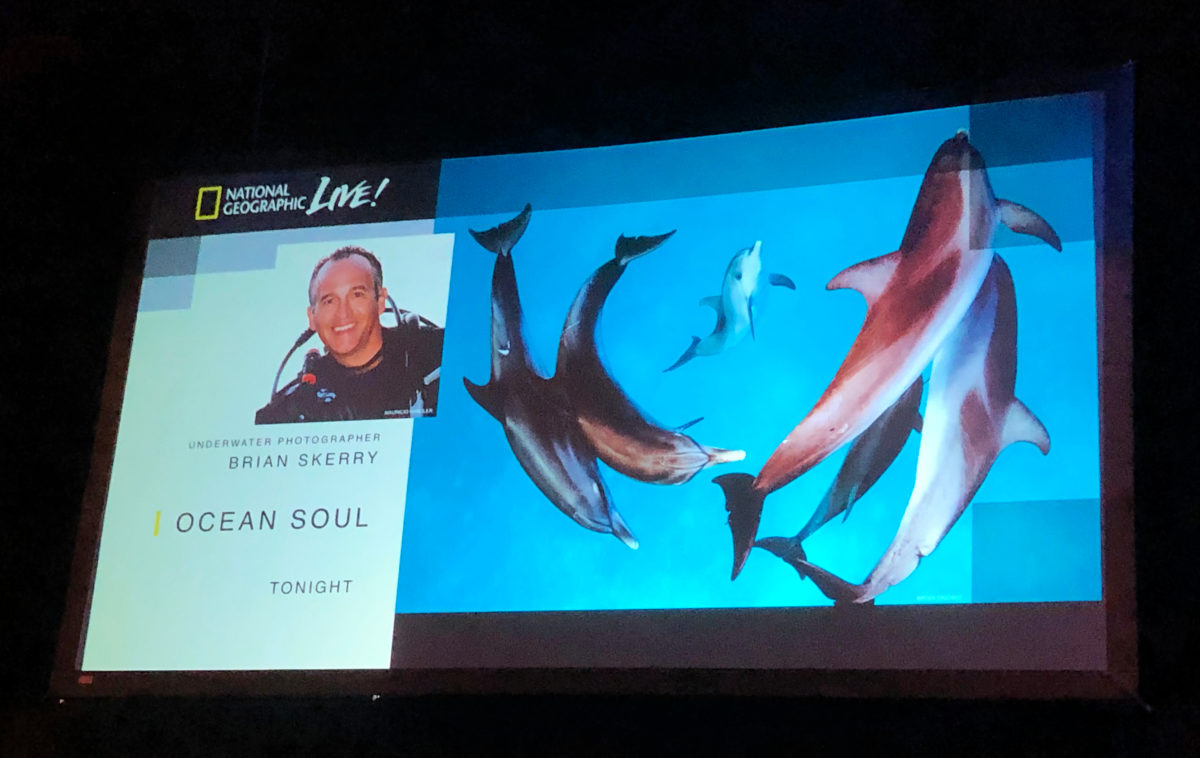 I wasn’t sure what to expect at the show, as I was not familiar with the National Geographic Live tour.  However, I minored in marine science in college and got my Master’s in Natural Resource Conservation and Environmental Education, so marine biology is definitely something I enjoy.

Brian Skerry opened the show by talking about his passion for swimming and marine life even as a child.  He has had quite an extensive career, including many National Geographic covers, and talked about many different places he has traveled.  Skerry has traveled the world and explored many marine habitats, all to capture these amazing images and explore underwater.

He also spoke about different marine life, but also focused on some species in particular, such as seals and sharks.

During “Ocean Soul”, Skerry spoke about different photography adventures and his observations of sea life, and accompanied his speech with a slide show that also included some video clips.  The photos and videos brought the life the stories he was telling.

While disheartening to hear about, Skerry spoke a lot about the plight of the oceans and how he has noticed a decline in ocean life and health over the years.  He makes it his goal to create awareness through his photography and his travels.

The presentation lasted from 7:30-9pm, and then opened up for a question and answer session.

I thought the whole presentation was very well done, and would love to attend another National Geographic Live show.

Check out this show and others on the National Geographic Live tour at https://events.nationalgeographic.com/talk/ocean-soul 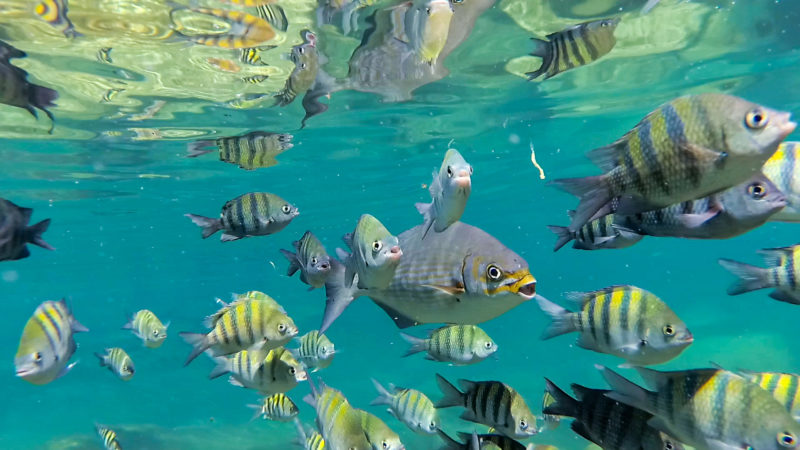 A picture from our trip to Yal Ku Lagoon in Akumal, Mexico. We love traveling and exploring underwater life, and it makes me happy to see someone dedicate so much time and effort into marine conservation.