5 Common Home Electrical Problems You Must Know to Stay Safe

A whopping 379,600 fires — that’s the number of estimated US home fires in 2018. That represents almost three-quarters of all structure fires that year!

Cooking was the number one culprit behind these incidents. It caused over half of all home fires that year.

Ranking fourth, however, are electrical malfunctions, accounting for almost 7% of all cases. That’s on top of the nearly 7% of home fires that appliances also caused.

The last thing you want is for your home to be part of these fire statistics. That’s why it’s best that you learn about the most common home electrical problems. This way, you can address them before they cause disastrous consequences. 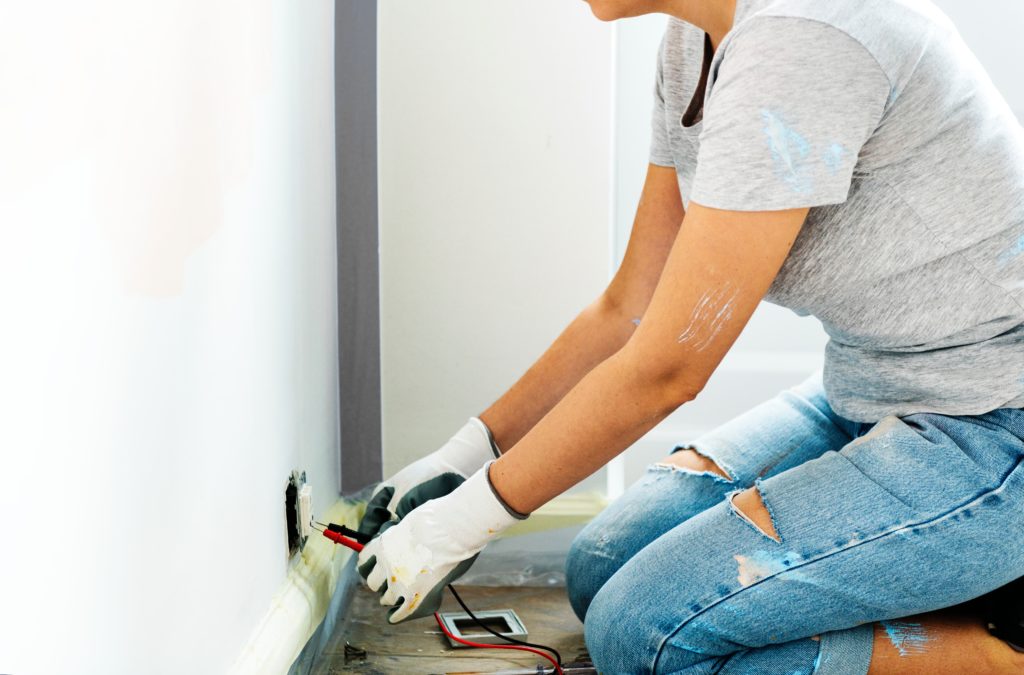 Ready to learn all about these electrical hazards at home? Then let’s get right into it!

Almost 45,000 home fires occurred in the US each year from 2012 and 2016 due to electrical failures. Overcurrent is one of the top reasons behind these incidents.

An overcurrent occurs when there’s a sudden rise of current in an electrical circuit. It can result from a ground fault, arc fault, or a short circuit. It can also happen once the power is back up after an outage.

Either way, an overcurrent can melt wires and fry the circuit boards in your appliances. In some cases, the flow of electricity can be so excessive that it shoots out of wall outlets.

Your home’s main circuit breaker helps to prevent these dangerous effects of overcurrent. It does so by automatically “tripping” when there’s a sudden current overload or an outage. It trips in order to cut off the flow of electricity.

If your breaker often trips, however, that’s a sign of serious electrical problems. Your best bet is to contact your local electricians ASAP.

It’s likely that your electricity demands exceed the capacity of your breaker. It may also indicate a broken or worn component in the breaker. Active wires that touch each other may also be causing short circuits or ground faults.

Burn marks or scorching on wall outlets can result from an appliance drawing too much power. The device may have amperage requirements that are beyond the outlet’s capacity. As such, it overloads the circuit, which in turn, can get hot enough to burn the outlets.

Faulty connections can also cause these scorch marks on wall outlets. These bad connections can happen when the outlet’s holes have expanded, often due to wear and tear.

Loosely-connected plugs don’t have enough contact with the wires inside the outlet. This can then cause them to build up excess heat, so scorching can occur on the visible side of the outlet.

Loose connections can also result in sparks inside and outside the outlet. These sparks can cause burn marks or even melt the plastic cover of the outlet.

As with frequently-tripping breakers, it’s best to let electricians handle these electrical problems. As wise men have been saying, where there’s smoke, there’s fire (or at least one that’s waiting to happen). That should be enough reason to get your electrical system checked by pros right away.

When your lights suddenly dim but don’t go out entirely, you’ve experienced a “brown-out”. Another sign of a brown-out is when your appliances turn off for a split second before turning back on.

Brown-outs happen whenever there’s an intermittent decrease in voltage. They’re not complete blackouts because they only last for a second or even less.

Still, they’re likely among the most common electrical problems in your home. This is especially true if you run lots of appliances at the same time. Their simultaneous use may be giving off warning signals to your circuit breaker.

It’s also possible that you have an outdated circuit breaker. It may no longer be enough for all the electrical uses in your house.

You may also have old or faulty wiring that’s causing arcing in your wiring network. As the breaker senses the electrical arc, it readies itself to trip. However, since the arc can last for less than a second, you only get a brown-out instead of a full-blown “outage”.

If these issues affect only one light bulb, the bulb itself may be nearing the end of its service life. A loose connection may also be the culprit. Turn the light switch off (and the circuit switch for your lights) and make sure you have a secure connection.

If you have multiple flickering lights, however, then you may have frayed wiring. Like brown-outs, damaged wires can also cause your lights to dim or flicker.

Again, damaged wires can result in sparks and arcing, which could then build up excess heat. From there, the heat can trigger a fire in your home.

Unless it’s a dimmer switch, your light switches shouldn’t get too warm. If they do, that means that you’ve overloaded them by connecting them to too many lights. They can overload even faster if they also control ceiling fans.

Over time, this “overloading” overheat and melt your light switches. It won’t be a surprise if your switches die on you after they melt.

Dead switches can also be due to outdated wiring. This is especially true for homes built before 1980, which account for 50% of all occupied homes in the US. Many of these older homes still have their original wiring.

There you have it, five of the most common home electrical problems you should get looked at by pros ASAP. While they may seem to be simple nuisances at first, they can cause injuries, or worse, fatalities. The fact alone that they leave your home vulnerable to a fire should be enough to address them right away.

So, as soon as you experience any of these issues, ring up your local electrician! The sooner you do, the safer your home will become.

Ready for more home hacks to improve your abode’s safety and livability? Then please feel free to check out the other posts filed under this site’s Life section!