Thai Rolled Ice Cream at 21 Below 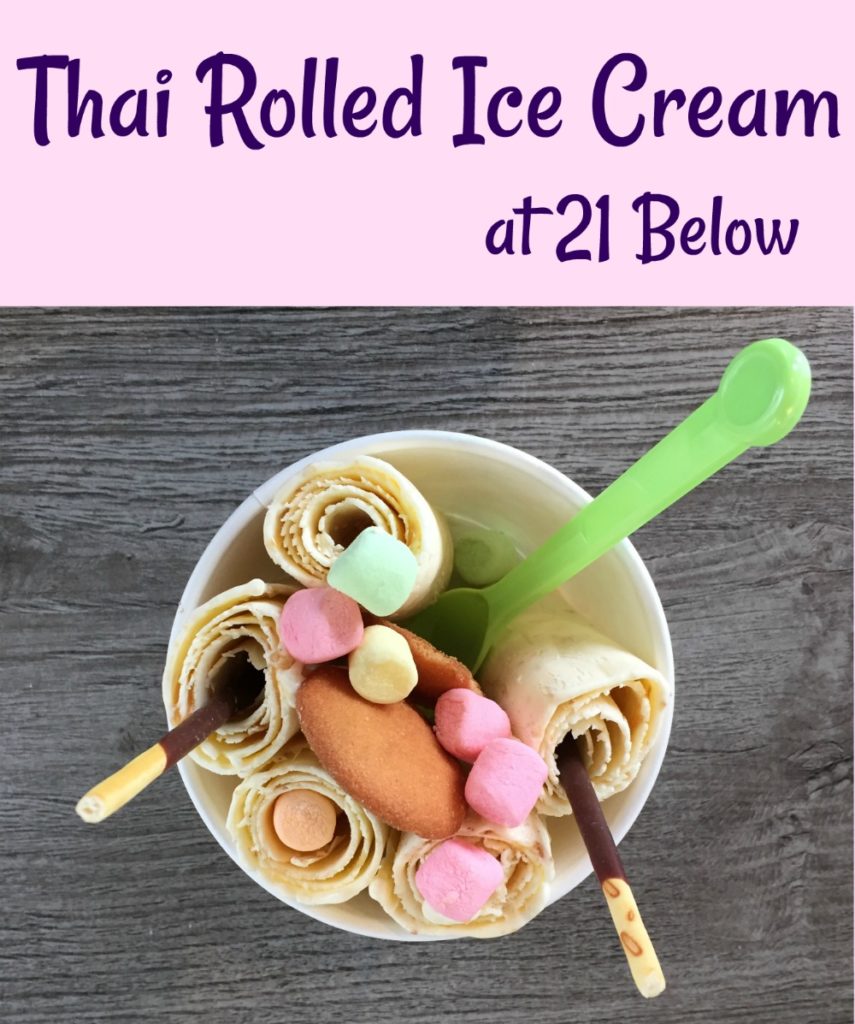 We have been hearing about rolled ice cream lately, so when I knew we would be near a place that offered rolled ice cream, I decided to take my daughter there for a treat.  We visited 21 Below Thai Rolling Ice Cream at the Galleria 7 Market in Latham, NY.

We started by choosing what kind of ice cream we wanted from the menu, which includes three toppings.  They have some neat flavors and change the menu choices as they add new flavors. 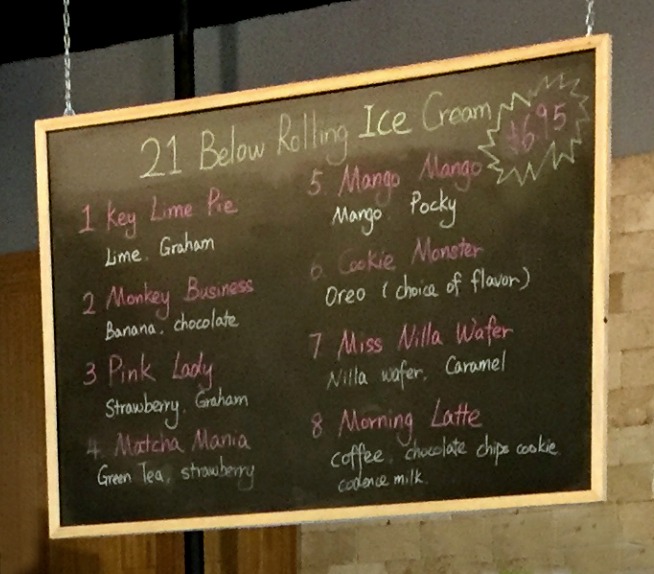 The process starts by pouring a liquid ice cream base on a frozen metal surface. 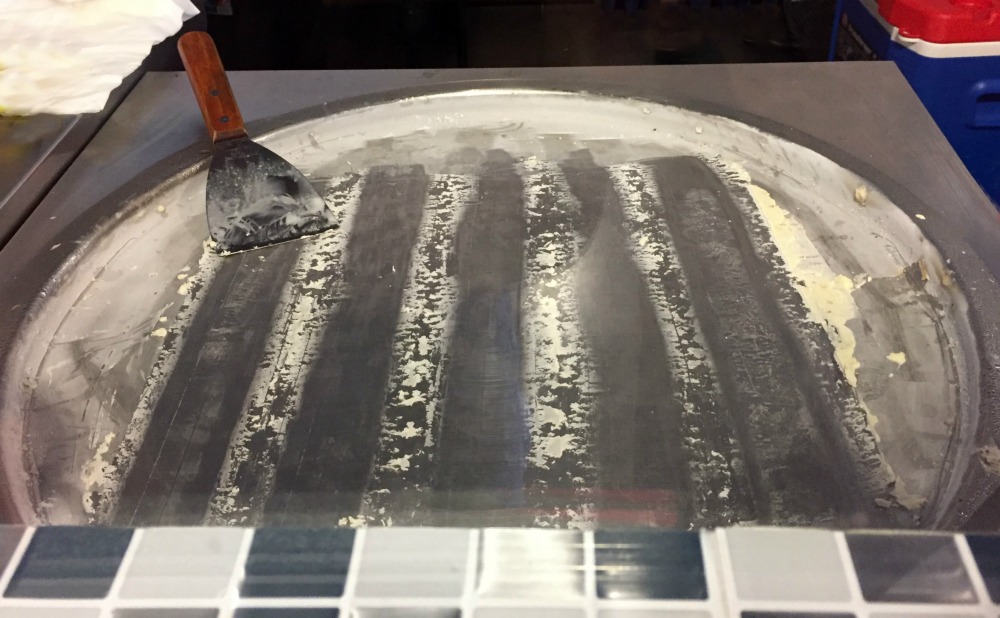 My daughter chose a Nilla Wafer ice cream blend, which was a base of vanilla ice cream mixed with Nilla Wafers and caramel.  We had fun watching the process of the ice cream being mixed and rolled.

It took about 2 minutes to make our ice cream. Here’s how they prep the ice cream: (see second video for the rolling!)

And here is the rolling of the ice cream!

The end result is very visually appealing!  My daughter picked three toppings – Pocky sticks, marshmallows, and a Nilla wafer.  Our ice cream cost $6.95, which is expensive for what you get, but it was a treat. 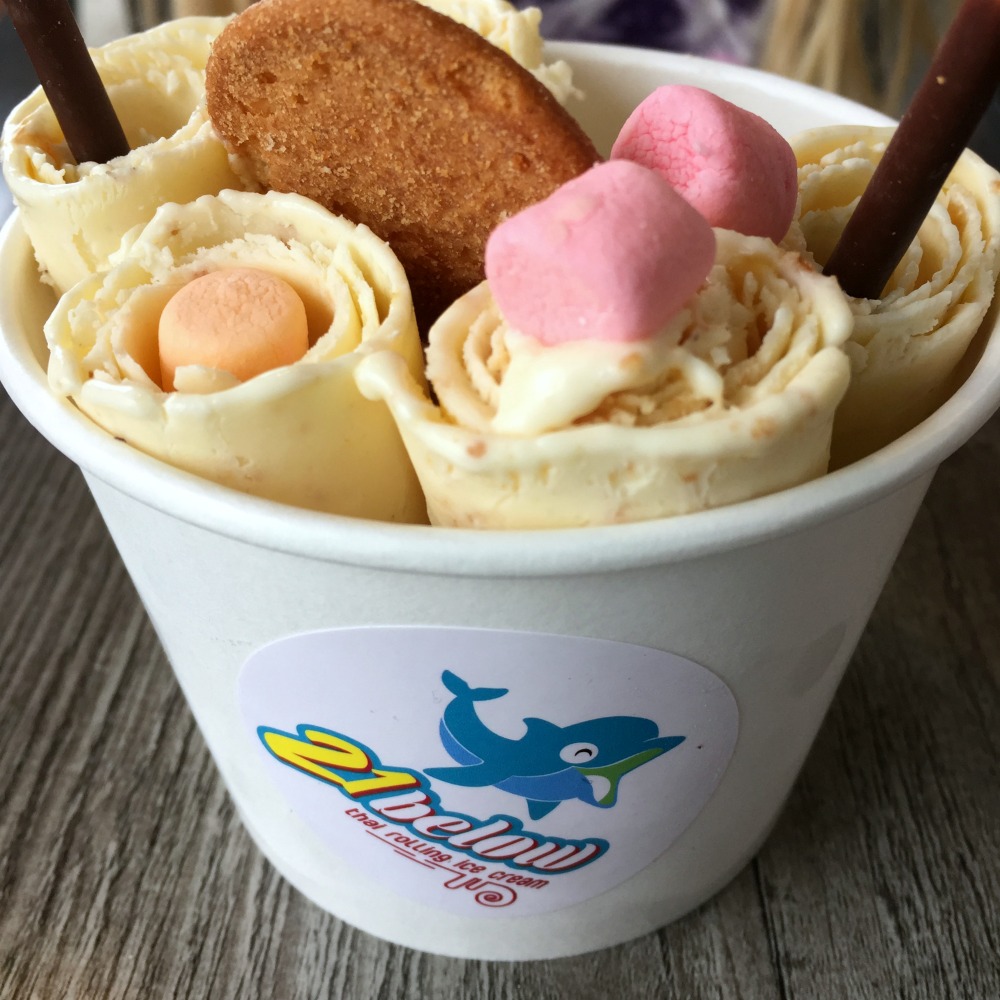