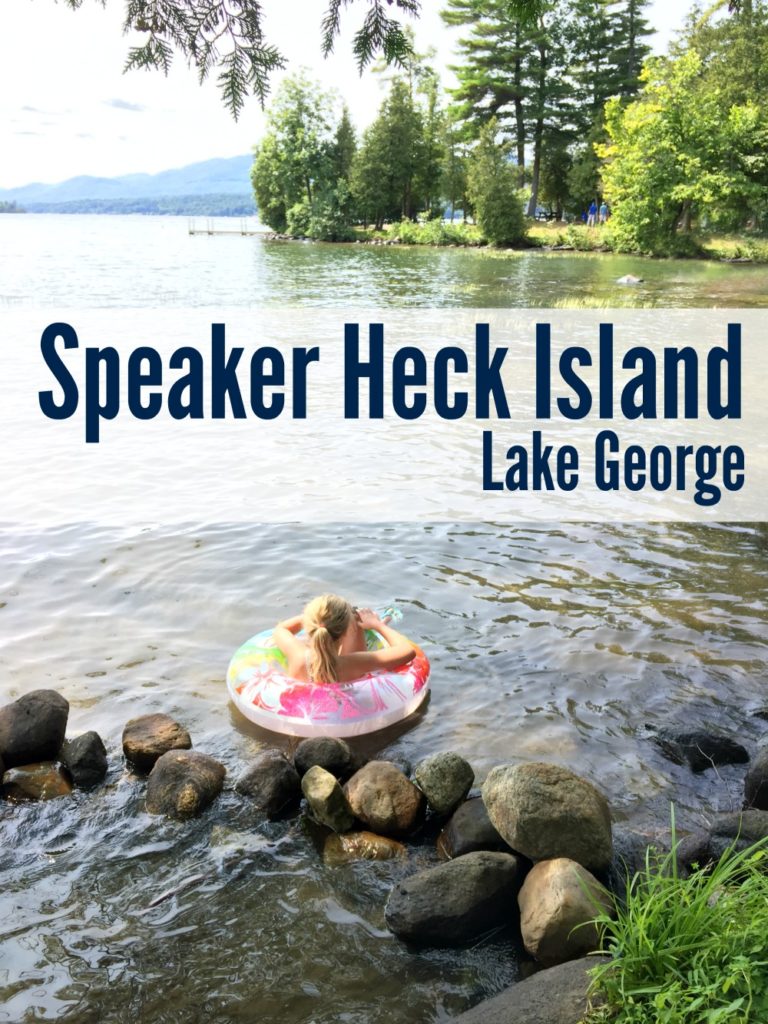 One of our favorite summer traditions is going out with friends on Lake George.  This is one of the things I love about Upstate New York, and I wish summers were longer!

We start off the morning by heading to the Long Island ranger station to pay for a day use site ($10 per day). The day use/picnic sites are first-come, first-serve by going to a Lake George area ranger station to make your reservation. 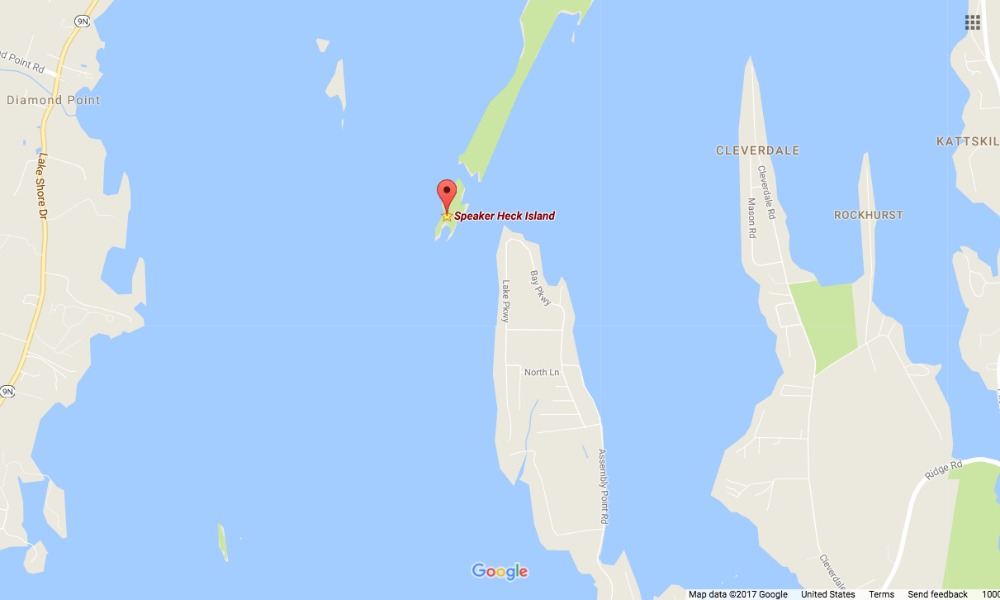 Once we paid our day use fee, we headed over and docked at our site (#18).  Each dock is marked with the number and boaters have to pay the fee to dock there (there are times folks have docked their boat, not realizing you have to make a reservation, and had to leave when another boat showed up).

After docking, we set up at a picnic table on the island and got ready for some swimming.  There are picnic tables and grills scattered around the island, and there is also a covered shelter. 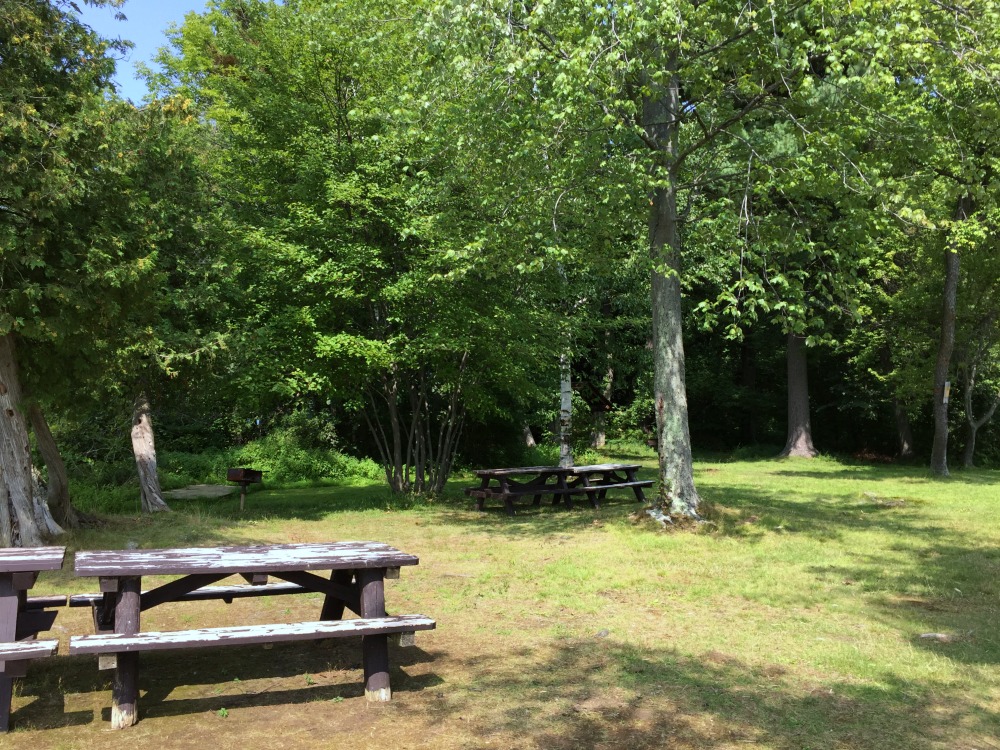 Towards the center of the island, there is a large outhouse with 3 bathrooms.  It is very convenient especially when you have kids. 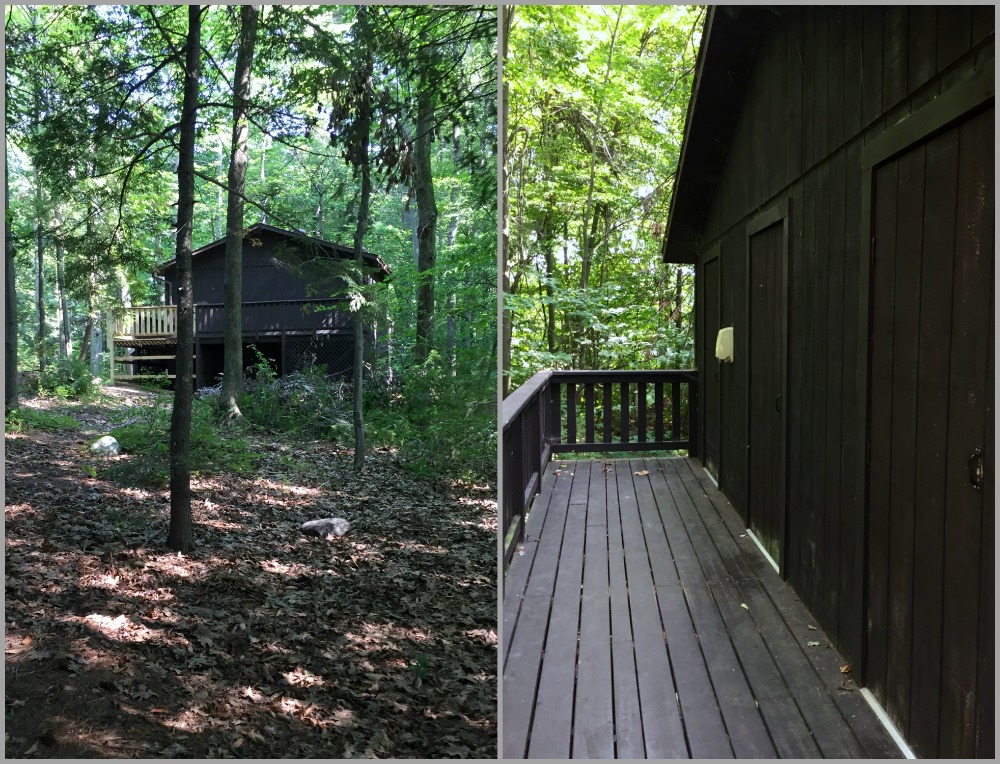 The kids like to either wade in from the edge of the island, or jump right off the end of the dock. 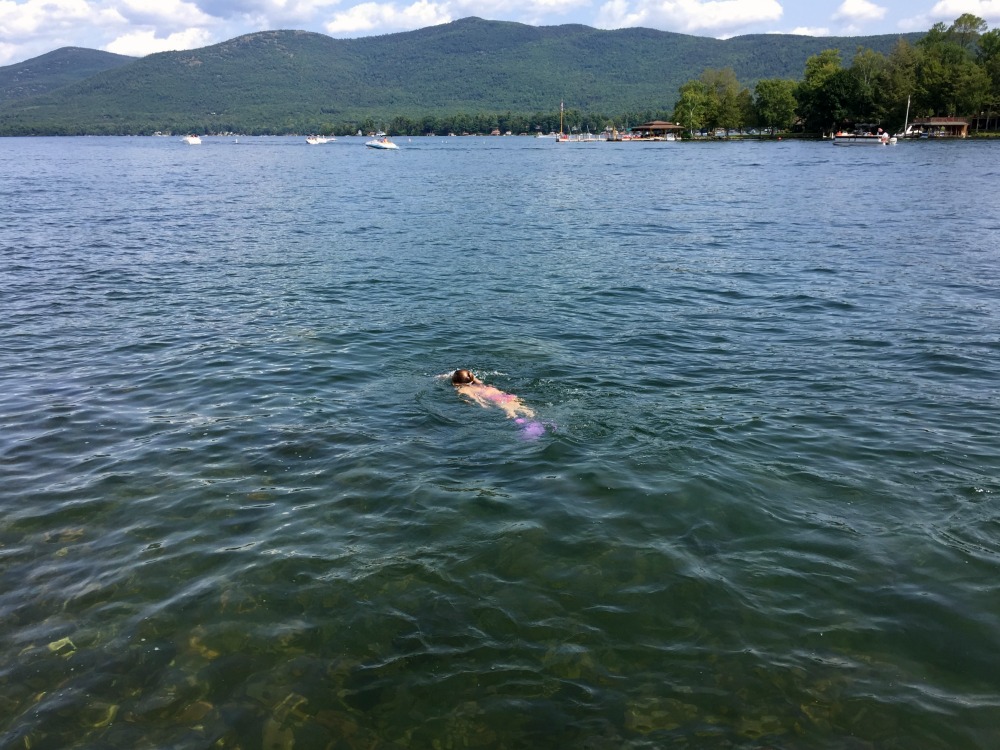 There are a lot of boats going between the eastern side of Speaker Heck Island and Assembly Point, so you just want to be careful about swimming way out.  However, there is plenty of swimming around the island without going too far out.  The kids like looking for fish and crayfish, or anything else they might spot on the bottom.  We bring both goggles and snorkels (plus fins). 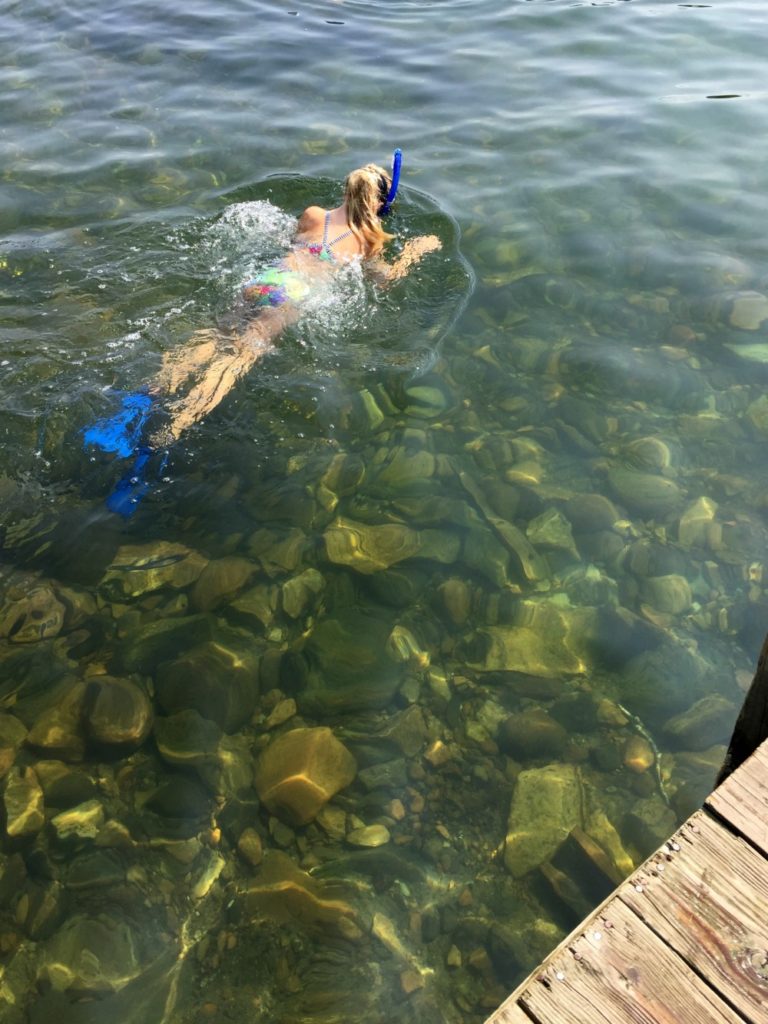 The kids had fun going in a little “kiddie pool” that had been created with rocks, and you can find others around the island.  When the kids get tired of snorkeling and swimming, they usually relax in their floats or they use pool noodles out in the water. 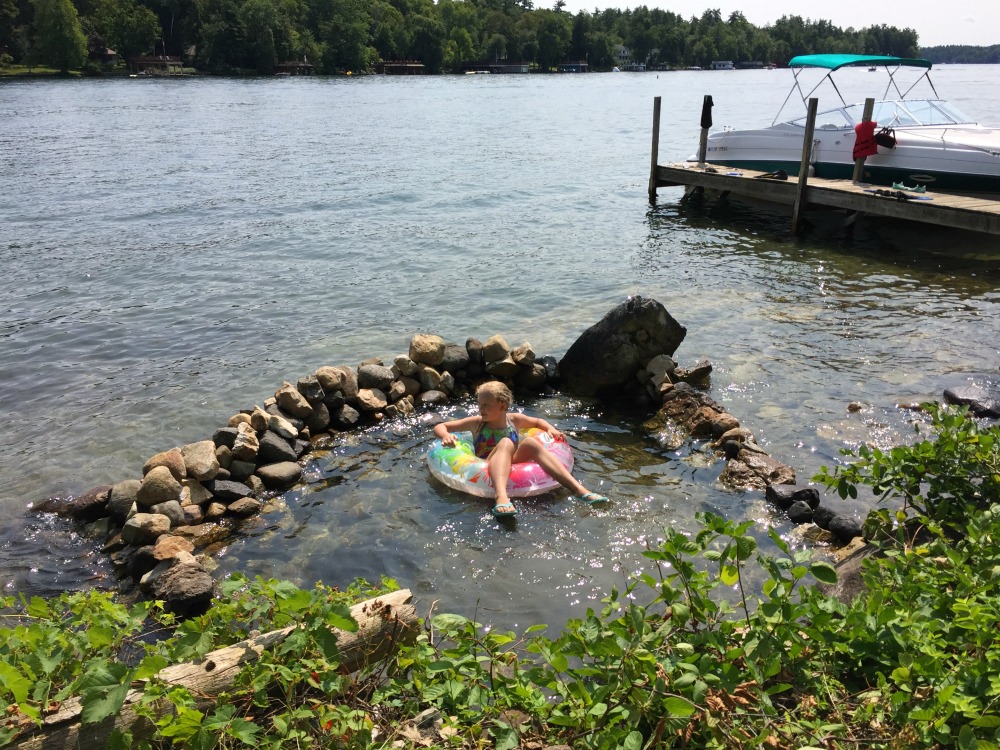 The southern end of Speaker Heck Island has a little cove, which also has some rock formations.  The rest of the cove is fairly shallow, with grasses growing in it, so the kids didn’t want to snorkel there.  However they did use their tubes and also walked out a little bit in the cove (especially since the bottom is more sandy, as opposed to rocky).  It is nice because it is more protected from things like boat traffic and wakes. 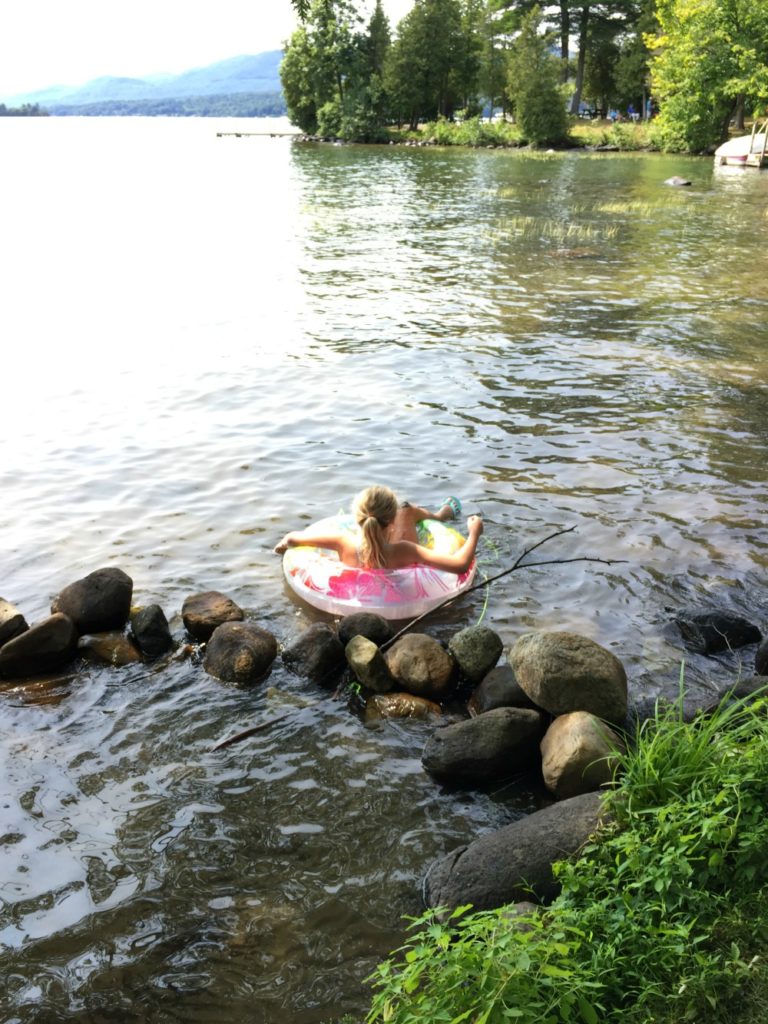 During the day, some of the large tourist boats come by the island.  The kids like to wave to the passengers, and sometimes the captain will blow the horn. 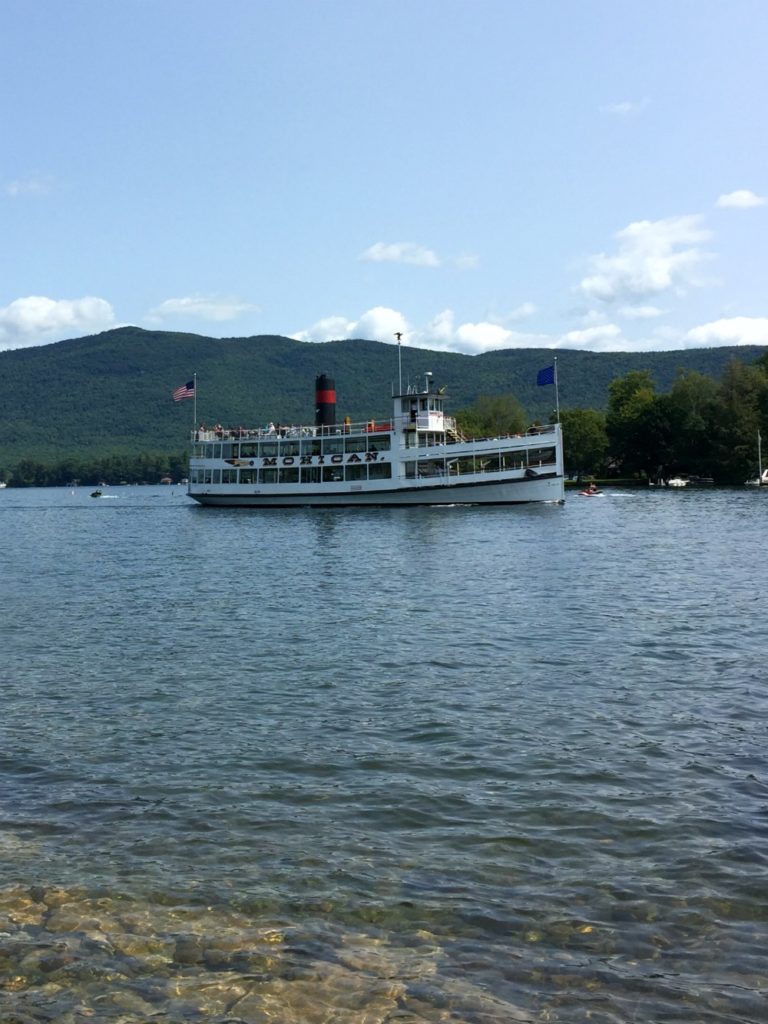 If you are lucky, you might see some Bald Eagles, which nest on Speaker Heck Island.  Sometimes you will see folks going by on their boats looking through binoculars.  We have seen a few eagles during our many times here.

Speaker Heck Island is a great place to spend the day on Lake George, whether you have your own boat, rent a boat, or catch a ride to the island with someone else.

Check out this site for more information about reserving island sites and campsites: http://www.lakegeorge.com/camping/reservations.cfm