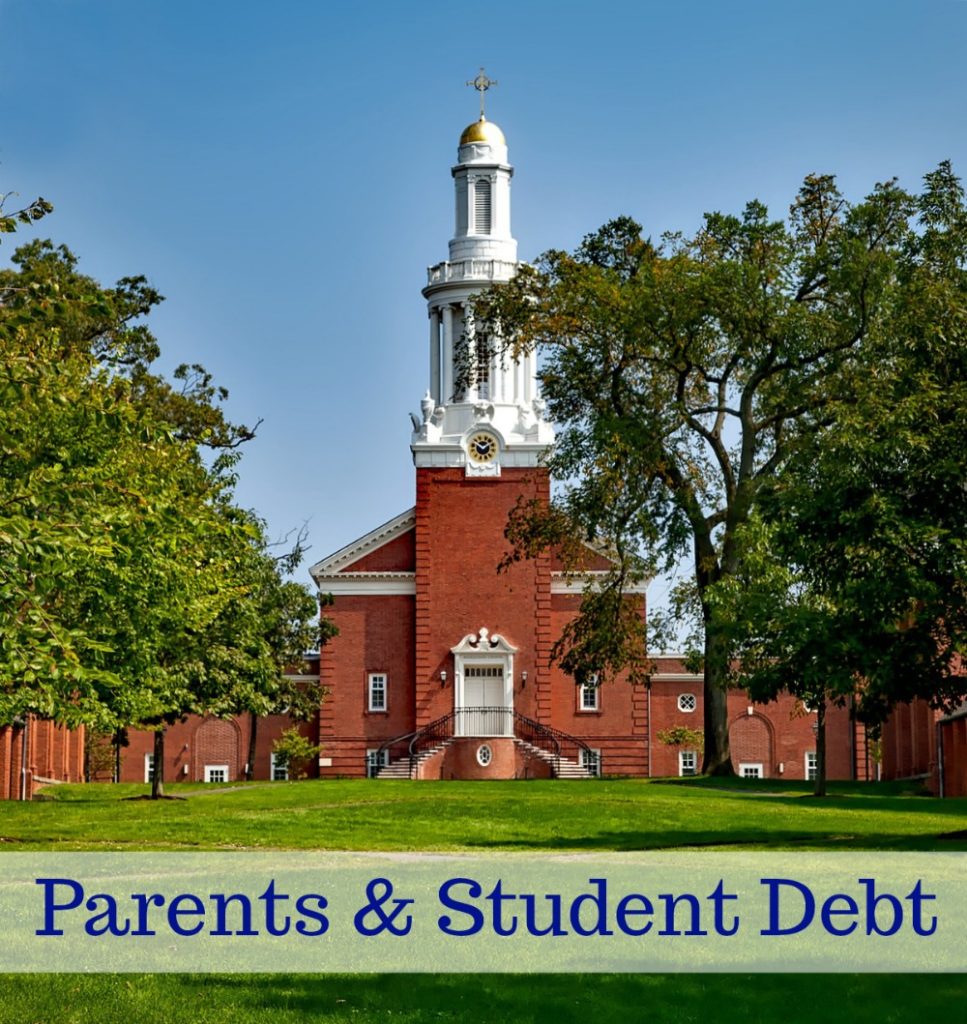 The bank of mom and dad steps in…

According to research carried out by Save the Student, a third of students feel that their parents don’t contribute enough to help cover tuition fees. Some don’t contribute anything at all. With only 8% of students able to get financial support from a university, most are heavily dependent on loans or the bank of mom and dad to get through those years of study. However, while parents may make contributions during university many students still leave university with five figure debt burdens that they don’t have a hope of paying off – unless their parents intervene again.

Where does the debt come from?

Students can borrow around $12,000 to cover the cost of tuition fees and another $13,000 for living expenses. So, student borrowings can very easily come in at around $25,000 a year. Spread that over a three year course and your average student could be graduating with around $75,000 in debt. Even if a student has borrowed only the minimum to cover tuition fees that’s still a staggering $36,000 to pay off after graduation.

How can graduates make repayments?

High earning graduates can repay their loans relatively quickly and avoid the worst of the interest. Very low earning graduates may be able to avoid making any sizeable repayments until the loan period expires and the loan is wiped out. However, low – mid earning graduates can find themselves in the bind of not quite earning enough to repay student loans quickly but never having low enough earnings to avoid repaying the bulk of the cash. This is often where parents feel the need to step in and cover the cost of student debt.

In 2016 more than $304 million was repaid earlier than required, according to the Student Loans Company. This is just one indicator that more and more parents are stepping in to save children from a lifetime of debt as a result of those years at university. However, for many parents it’s not just a case of dipping into savings but making far more drastic commitments. Remortgaging the family home, for example, is one way that many parents have sought to help their offspring clear student debt – but at great threat to their own retirement planning.

Most experts say no. Unless you have the disposable income to do so without impacting on your own savings and financial safety nets, then it shouldn’t even be on the table. Plus, it’s worth remembering that this isn’t a debt in the conventional sense – after all it’s not like having a high interest debt to service like a no credit check loan. And while 20 or 30 years might seem like a long time to be saddled with a debt burden, the reality is that student loans don’t interfere with the ability to get a mortgage and are generally quite a good way to learn to manage debt. So, for the parents tempted to clear them, it might be an unnecessarily generous move that could negatively impact on retirement savings – and even take away a valuable life lesson.