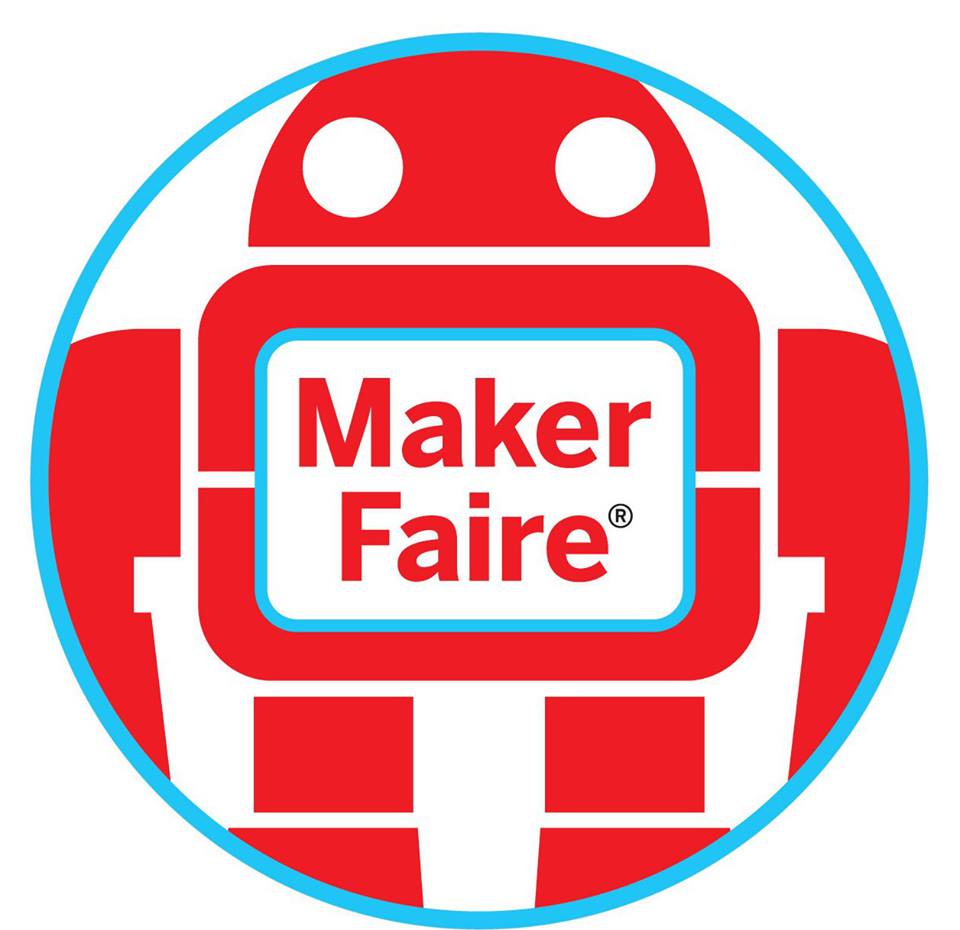 This October, we went on a road trip to the New York Hall of Science in Queens, New York for the 2016 Maker Faire!  This was our second time going, and so we were excited to see things from the previous year and of course new things too.  You can find Maker Faires throughout the year and around the world.

So, what is the Maker Faire?

Part science fair, part county fair, and part something entirely new, Maker Faire is an all-ages gathering of tech enthusiasts, crafters, educators, tinkerers, hobbyists, engineers, science clubs, authors, artists, students, and commercial exhibitors. All of these “makers” come to Maker Faire to show what they have made and to share what they have learned.

The Maker Faire is well organized.  You can get maps or download the app, and see exactly what is going on as far as both events and exhibitors.  I recommend staying at least one full day, but you could easily spend more than a full day there, if you want to take your time visiting different things and also seeing events. 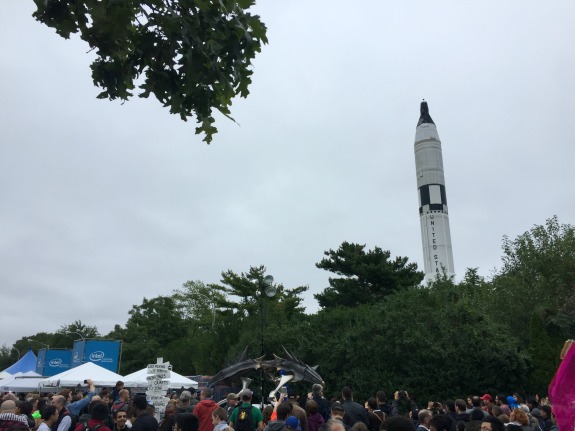 We usually try to check out the kids events first so that we don’t miss doing some of the cool activities.  My kids had a lot of fun last year and remembered the fun things they had done.  When they found out we were going again, they wanted to know if the Game Shakers booth would be there (a kid’s show on Nickelodeon about kids that develop apps).  We didn’t see a Game Shakers booth again, but I assure you, there was plenty of awesome stuff to do.

There are also bathrooms and food vendors, which is a must with all that walking around all day!  The kids liked salads and grilled cheese, but you can find other foods like paella and I had a South American specialty made of corn meal and cheese.

The kids got right into doing some activities, like soldering paperclips.  As simple as a concept it might be, this is not something I think we would ever have otherwise had a chance to participate in.  And now my daughter is inspired to have my husband help her do some more soldering back at home.

At this Robofun station, my girls put together a little circuit with LEDs (you can see the lights sticking up through the front).  They were able to make any design of their choice, which was a great way to get their creativity going. 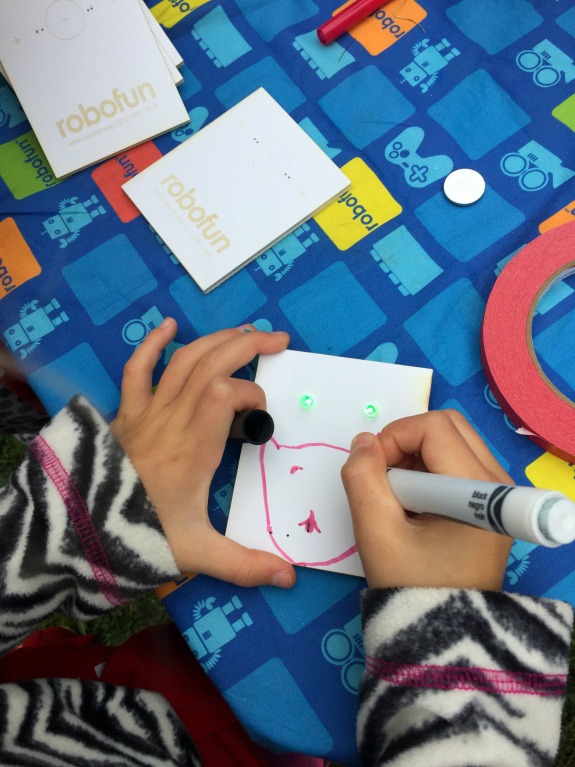 At the MakeCrate booth, my girls were really into creating a project where they could wire an LED and other things.  The MakeCrate is a monthly subscription for kids, so it is cool to be able to sample things that we wouldn’t otherwise have heard of. 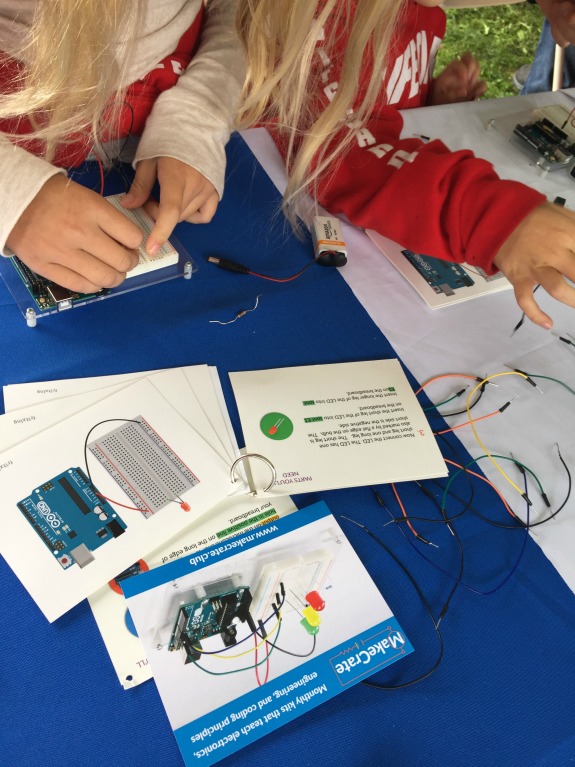 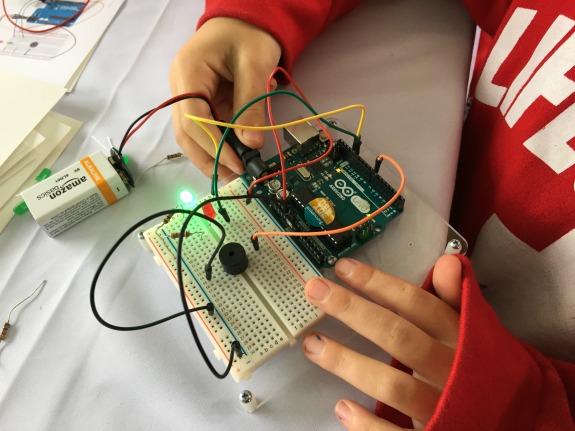 I love interactive the exhibits are.  My kids loved trying out an early version of Doodlematic, which hadn’t quite yet been released to the App Store.  The kids drew a game on a piece of paper, then it was uploaded to the app, which created a computer game out of it!  It was really cool for the kids to see their work on paper transformed into a real computer game! 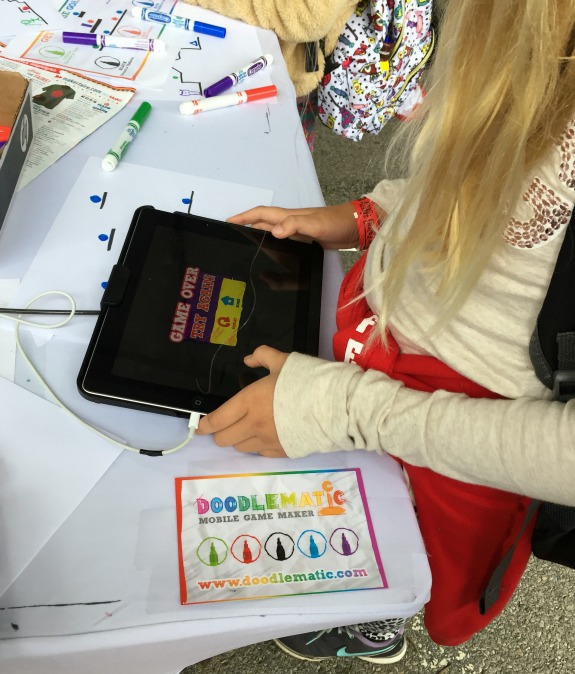 We visited so many things at the Maker Faire, checking out products and events, watching drone races, and so much more.  We all learned a lot, and I would say each person in our family found things that were our personal favorites.

There is just so much cool stuff to see all around the Maker Faire.  From robots to people in interesting costumes to things like this, you’ll see a whole range of neat things.  We walked away with lots of great memories again this year! 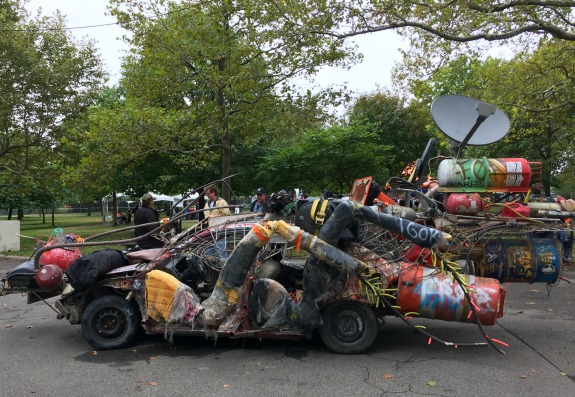 We are hoping to go back to the 2017 Maker Faire in Queens, or to check out another one somewhere!  There are Maker Faires around the world, so be sure to check out their site and see if there is one near you.