I hadn’t heard of Key Wilde & Mr. Clarke before, but when we received their album with endearing artwork of animals on the cover, I was already looking forward to hearing this new “Animal Tales” CD.  Often a theme in their music, this album is all about animals!

This is the fourth album from Key Wilde and Mr Clarke, an award-winning music duo.  They have been producing and performing children’s music for years, sure to be a hit with your whole family.

I was very interested to learn about the background of these two artists.  Mr. Clarke is a high school science and special education teacher. Wilde is known for not only his music, but also for his illustrations, which have appeared in newspapers, magazines, Avanti greeting cards and children’s books, and even created the Wildlife Wonders! Exhibit for the Central Park Conservancy!  He also designs and illustrates media for The Woodlands Wildlife Refuge , such as “The Bear Song,” which introduces all eight species of bears, that was shown at an  international conference.  I love that the same cover that drew me to this album was also created by one of the artists. 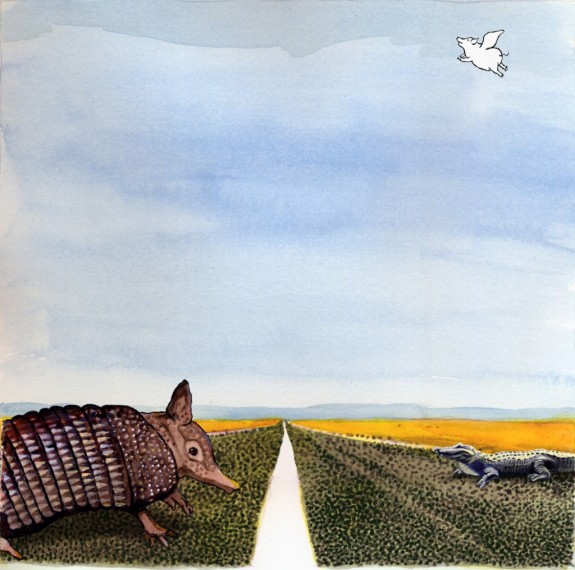 The songs on this album are packed with animal-themed songs.  There are lots of animal sounds (authentic and mimicked), as well as their movements (such as lots of ‘hop hop hopping’ in “Frog Fiesta”).  These songs are engaging and fun, and your kids can have fun moving along with their favorite animals. 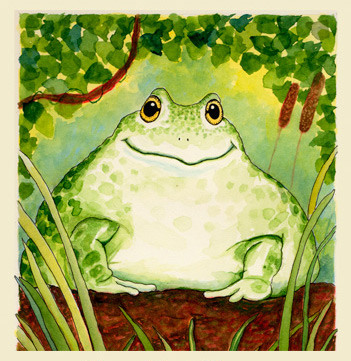 The music on this CD is fun, catchy, and upbeat, with a folksy, bluegrass sort of sound to it.  The acoustics blend smoothly with the vocals, creating lots of great harmonies and makes it easy (perhaps irresistable) to sing along with.

Each song has it’s own personality, from the “dark” and twangy “Alligator Get-Together”, to the “jolly good” Bombadier Beetle song which has a distinct English accent.  Armando Armadillo is reminiscent of a Mexican mariachi song, with a “cuidado” to Armando!

I enjoy listening to this CD with the kids, and the songs stick with me.  I look forward to playing this in the car to pass the time – this CD puts me in a good mood!

There are 13 great animal-packed songs on this CD:

Check out the Bear Song:

BUY IT!  You can purchase this CD, which releases on October 21, 2014, on iTunes and other retailers.

GRAND PRIZE: autographed CD and a personalized image
of your child’s favorite animal (from the Animal Tales album)
with the child’s name on it.
ARV $100
We can ship the artwork to the winner via email, or in the mail with the CD.
Key Wilde & Mr. Clarke’s  “Animal Tales” CD (ARV $15)

Other Official Rules and Details: Winner will be emailed after the giveaway closes and also announced on this blog under the featured “Recent Giveaway Winners” section on the homepage of our blog-azine within a few days after the close of the giveaway. Winner will have 72 hours to respond to our email, or another winner will be drawn. We never share your email with third parties. Prize(s) will be mailed directly from the sponsoring brand. No purchase necessary. Erroneous entries (specifically those that did not follow the entry rules) will not be considered. Non-US resident winners may have to answer a series of simple questions in order to comply with international regulations on sweepstakes. To view our complete rules and regulations, please click here.

Disclaimer: The views and opinions expressed in this post are solely that of NoM, and are completely honest and without influence. NoM has chosen to host a giveaway for this product(s) because we think it would benefit our readers. NoM will not responsible for prizes that have not been received, but will make every attempt to assist winner(s) in securing them in a timely fashion. It is the winner’s responsibility to make contact with NoM in a timely manner (within 30 days after the close of the giveaway) to report that a prize(s) has not been received or the prize(s) may be void. NoM may or may not be an affiliate of one or more products mentioned in this review, and by clicking on and/or purchasing products from a banner or link on this page, NoM may make a small commission at no cost to you.   Click on the appropriate links to view our full policies, giveaway rules and disclaimers.