How High School Is Changing for American Students 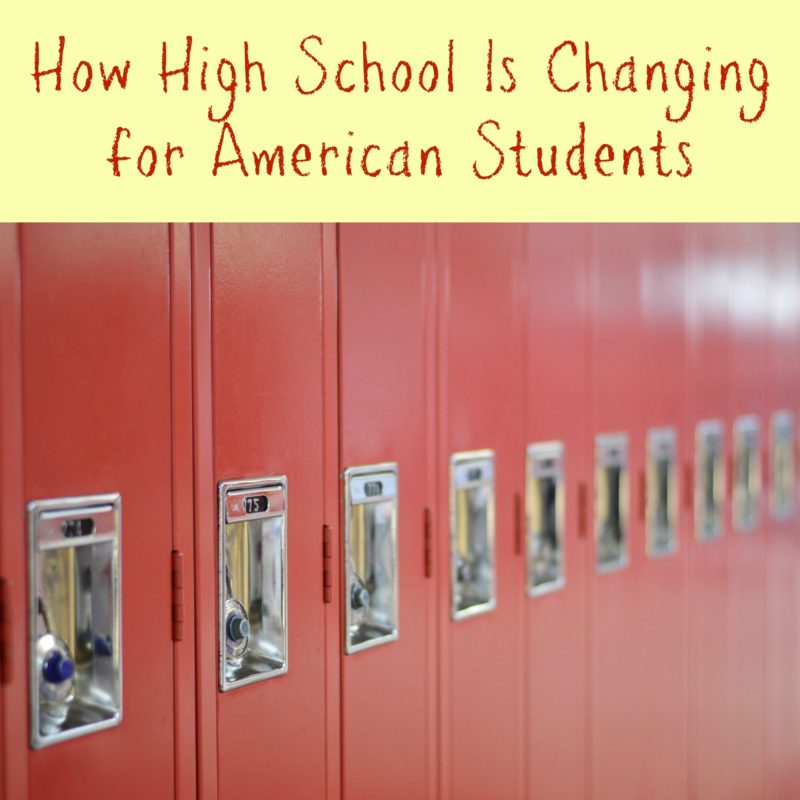 Every generation has their fair share of issues and turning points, especially with the students of the time. Today, high school is once again changing for American students, and this is what’s happening:

There has been a gradual acceptance for cultural and societal differences

As years pass, generations become more open and accepting of differences in both a societal and cultural aspect. Today especially, there is less discrimination against ethnicity, sexuality, and individual self-expression. Teens in high school who possess this open-mindedness are more likely to accept and respect their peers, regardless of their differences from them. As a result, this leads to overall improving society and helping it move forward in a positive direction.

Mental health is a still a serious concern

Depression and anxiety are the most common mental illnesses developed by teens since they are the most vulnerable to them. According to research from Child Mind Institute, there has been a 37% increase in the number of teens who have suffered a depressive or anxiety episode. Evidently, this is due to a variety of factors ranging from societal, cultural, genetic, environmental, and biological factors. But one of the main leading causes is the stressed caused by schoolwork and the desire to succeed. Today, high school students feel the need to constantly strive for academic success and achievement, which may cause them to cope with their stress in unhealthy ways. Unfortunately, in some cases, teens can also end up demonstrating suicidal idealization or behaviors.

Social media and technology are inherent parts of their everyday life

Every generation from this point onward will only know a life surrounded by technology. While technology is an amazing innovation, it has been linked with negative aftermaths. The first being, teens can become addicted to technology, whether that be to relieve their stress or boredom, or consume social media. Today, over 90% of teens use their social media! Speaking of special media – it has a powerful impact on a teen’s self-esteem and perception of reality. For example, they may follow celebrities or influencers who only post the highlights of their life, which can make a teen feel their life needs to be equal to or even better than the content they see every day on their social media feeds; consequently, this is a catalyst for depression.

Getting into college has been increasingly difficult

Colleges and universities nowadays only expect their very best from their applicants: high GPA, involvement in extracurricular activities and demonstration of their time and effort to unique dedications or organizations. While colleges demand these type of applicants to attend their school, it will be unrealistic for some students: they have unique personal circumstances, they are unable or do not wish to participate in extracurricular activities, or they believe that majority of their time should be dedicated to academics alone. Subsequently, being accepted into college is also even more difficult of a task to accomplish. Because getting into colleges and universities is highly competitive nowadays, a student who has met a college application’s criteria and maybe even surpassed them it is not guaranteed admission into college.

Drug and alcohol experimentation is at all-time high

High school students have easy access to drugs and alcohol now, making curious teens more likely to experiment with them and suffer the consequences. They may feel the need to fit in their group of friends, they are peer pressured into doing so drugs and alcohol become their coping mechanism for stress, or they are simply bored. Furthermore, “designer” drugs or trendy drugs become prevalent often to teens. For example, Adderall, a ADHD medication, has been abused by teens who are not diagnosed with the condition in order to eliminate their stress, intensify their concentration on tasks, and send them into a euphoric state. However, the use of Adderall for that purpose puts a teen at risk for suffering a seizure or heart failure. Lastly, teens are the most vulnerable to developing addictions to the drugs they have experimented with over the years. Despite the fact, there are viable solutions to combat that issue and addiction can always be overcome.