Some Myths About the Sudoku Game 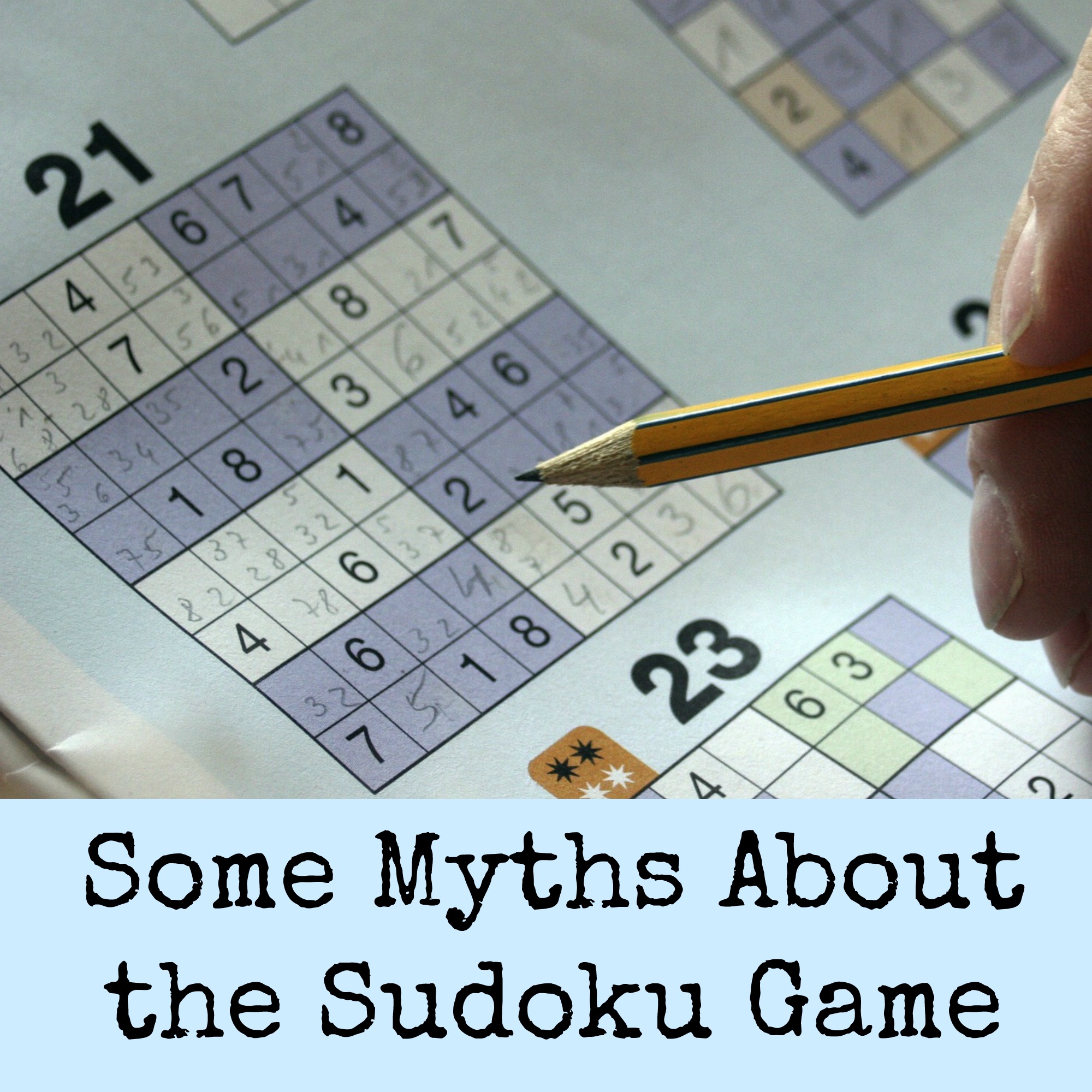 Sudoku is much like a crossword puzzle game designed for a solo player. The puzzle is basically a grid of 9×9 small boxes called cells. They are stacked nine high and nine wide forming 81 cells in total. Some cells (usually less than half of them) in the puzzle are already filled in. There are some myths that surround Sudoku and in this article, we are going to address those.

Sudoku is not about guessing. In fact, if you don’t know which number you have to place in the correct cell, it is suggested not to guess. If you are making guesses while playing, Sudoku will direct towards following the unwanted path, that is you begin making mistakes and setting numbers at the wrong cells, which will prompt you to have wrong information for your next move. As a result, you will even make more mistakes.

Sudoku is all about momentum. When you make the right decision on time, you will probably make right moves later in the game, dissimilar to guessing that requires more time for following the entire grid. Continue looking for spaces to put numbers and you will succeed. Bear in mind that real numbers are those that are put in the correct spots for them.

Myth 2: You should be good at math to play Sudoku

Many believe that since Sudoku involves numbers, people wanting to play the game should be good with math. However, that is not true. Sudoku isn’t about arithmetic, collecting numbers, or subtraction. It focuses on placing the numbers from 1 to 9 in a grid without repeating numbers in a column, row, or square. It is centered on logic rather than math.

Different brains work in a different way. Someone may look at the Sudoku grid, and generate unique and new perspectives to solve the grid without being good at math.

Myth 3: Sudoku is all about luck

No, Sudoku is not a game of luck! It involves logic and requires one’s focus and deductive skills. If it was a game of luck, nobody would have needed to learn the techniques and science behind Sudoku. People eventually learn to play Sudoku, not because of good luck but because they develop a process of grid review, are able to recognize models, and find chances based on their logical thinking.

Myth 4: Most Sudoku puzzles are impossible to solve

All legit Sudoku puzzles are solvable. There are the difficult ones that may appear to be unsolvable. However, all they need are analog algorithms to be solved efficiently. In order to Sudoku puzzles be solvable, there should be a minimum quantity of numbers to give in the grid. In recent studies, the minimum count is 17 numbers to have a valid Sudoku puzzle.