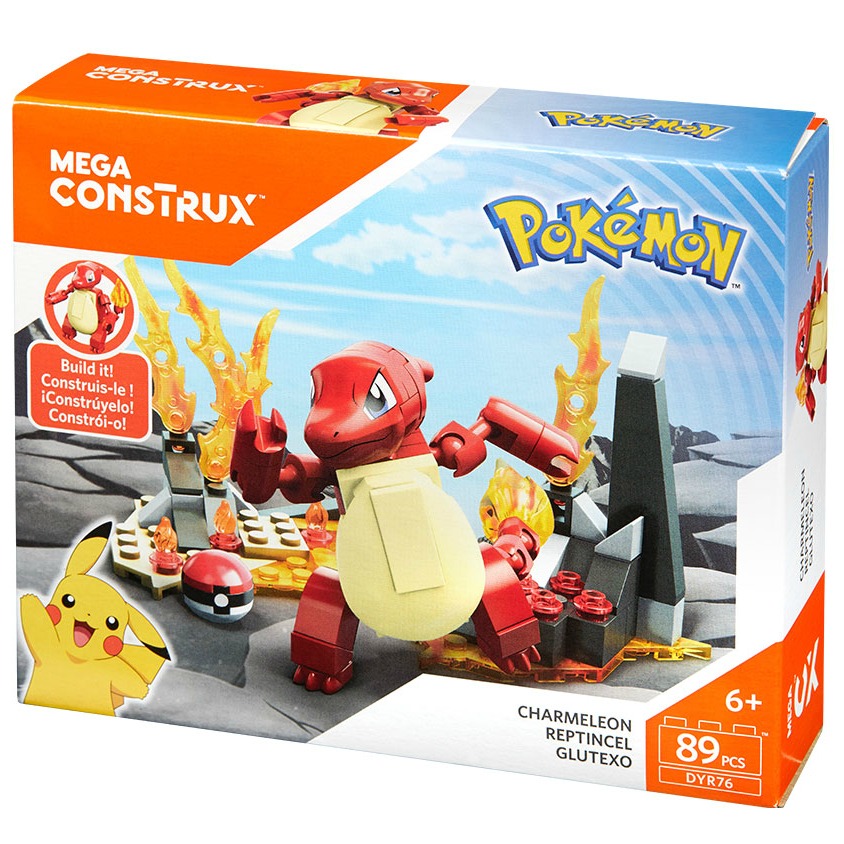 I received products in exchange for my honest review.

Pokémon has been big with kids our school for a few years now.  First it was collecting Pokémon cards, and then the kids wanted to search for Pokémon or play with Pokémon toys. We have piles of Pokémon cards, so were excited to heae that there are new Pokémon construction sets from MEGA™.  This summer, I have been trying to get the kids off their electronics and using their creativity to do other things, so creating things was the perfect activity!

Build the power that’s inside and start your Pokémon journey with the all-new Pokémon licensed construction set from MEGA™. The Mega Construx™ Pokémon line allows fans to become real-world Trainers as they build, battle and evolve articulated figures of their favorite Pokémon, such as Pikachu, Charizard and Gyarados. 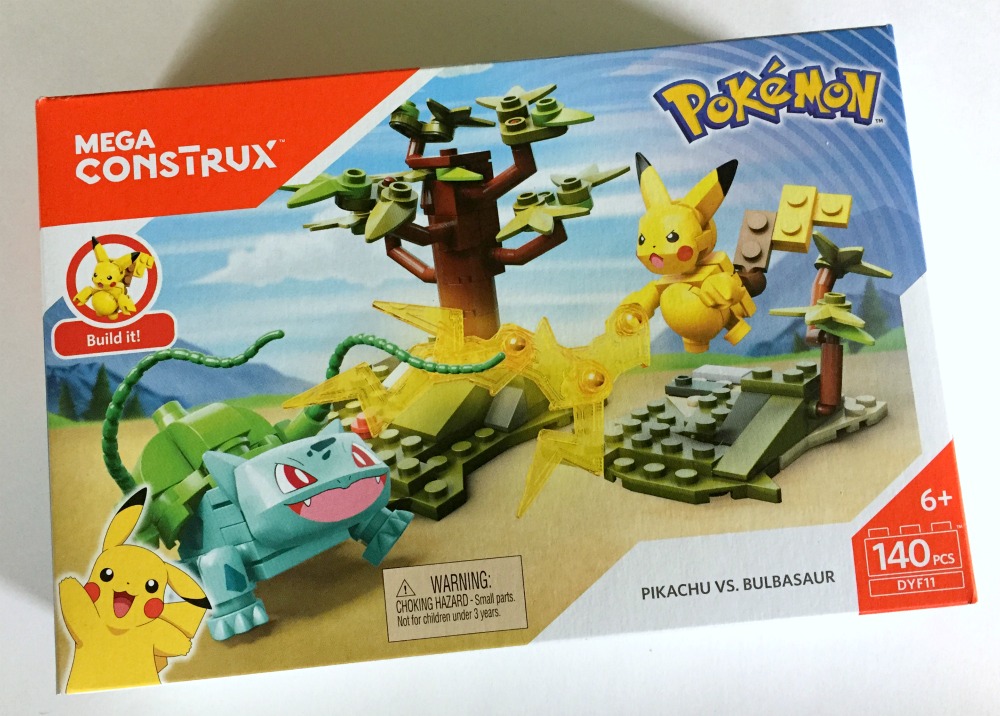 The first set the kids put together was Pikachu v. Bulbasaur.  You put together the figures and the scene, and the kids love that the characters are so usable – you can use them in battles, pose them, etc.

Choose your Pokémon and battle to become the best! It’s Pikachu against Bulbasaur in this showdown between two of the most popular Pokémon of all time! Build your Pokémon, and set the scene for battle. Then, prepare to let sparks fly when you unleash a shocking Electric-type attack. It’s super effective!

We also received a Poké Ball set, with Magikarp. 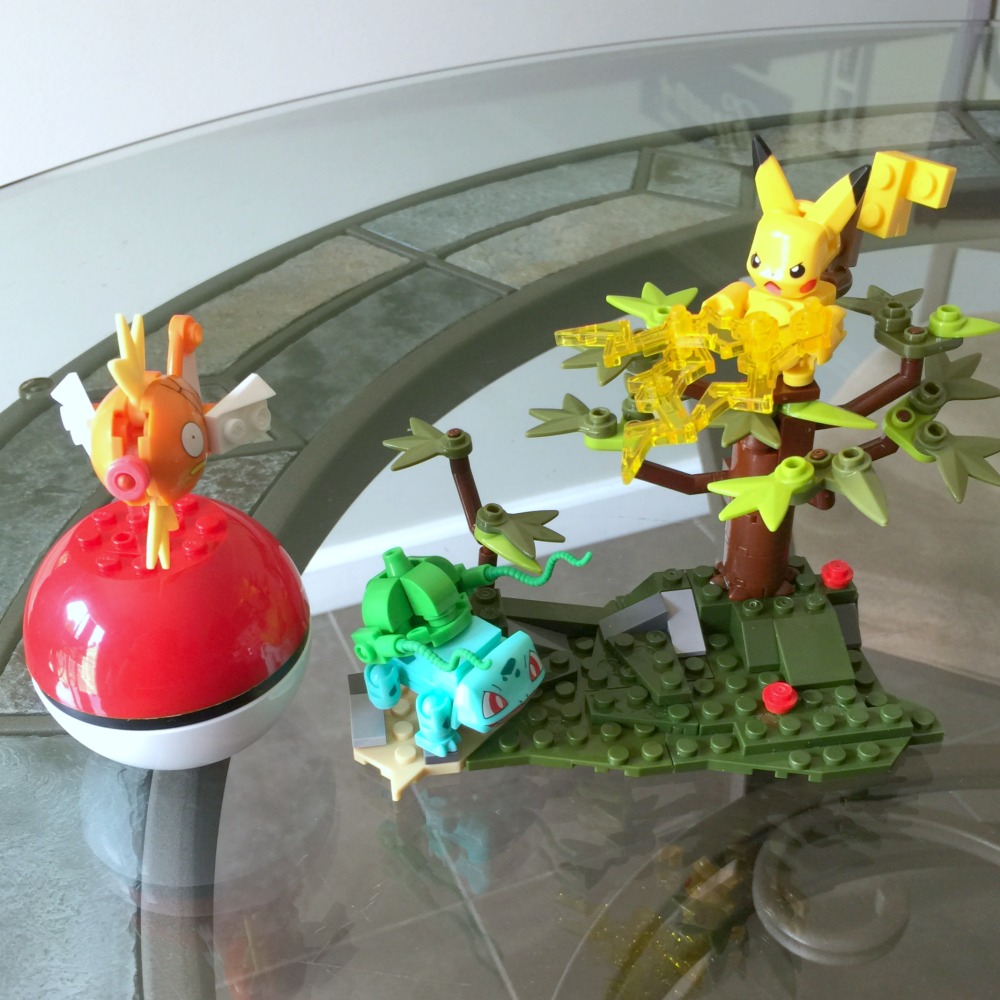 There are a variety of sets, available for different ages, and I love that they allow kids to get creative. These products are great for both displaying your masterpieces, as well as actively playing with them.

The complete list of products ideal for ages 6+ includes:

The full Mega Construx™ Pokémon line are available in stores nationwide, including Toys R Us, Target and Amazon. 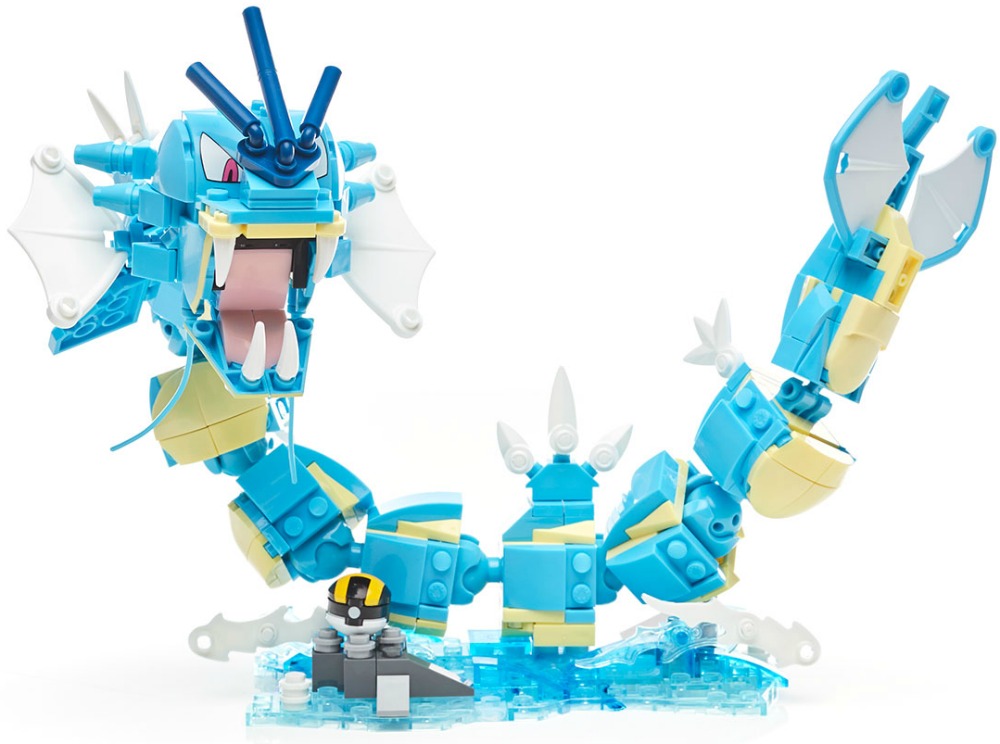