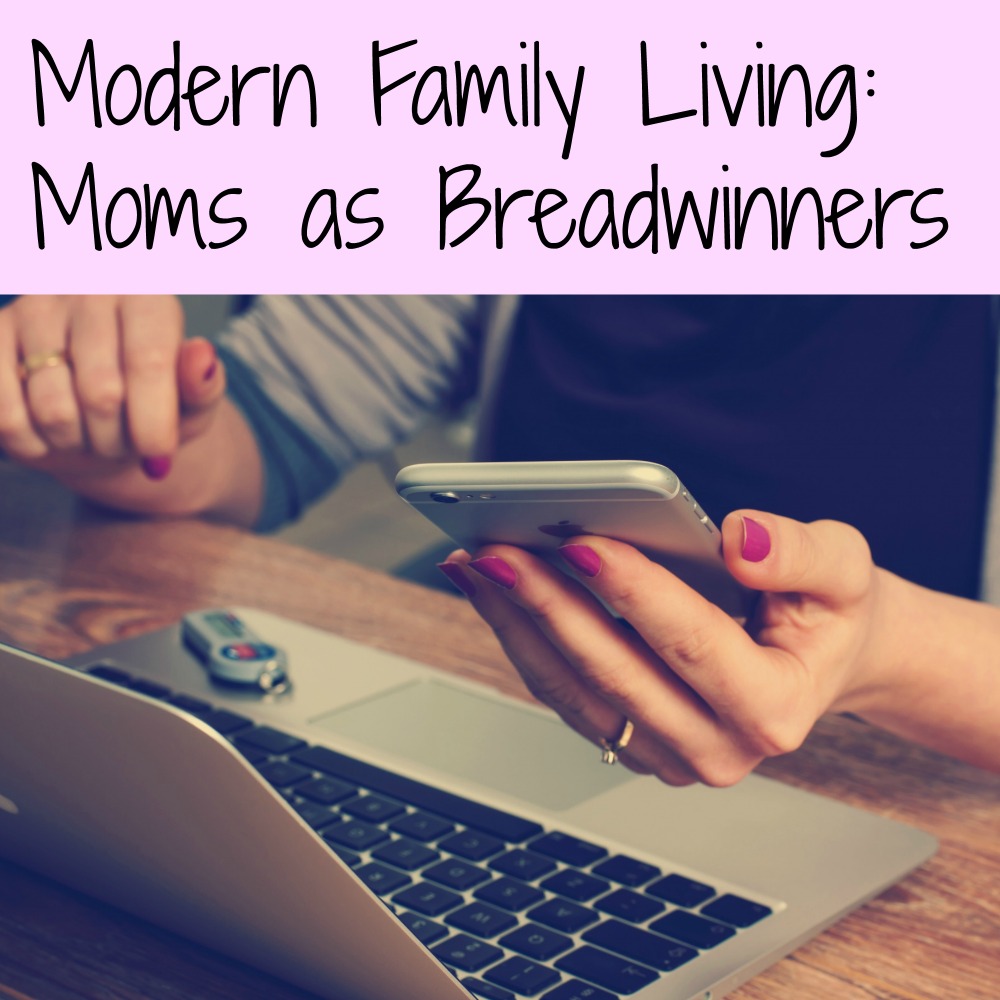 In the 50s and 60s, women, for the first time, heard society tell them that they could go into the workplace and be equals with men. Today, in about 40% of households, women are going even further: they are either making even more than their husbands, or they are the sole breadwinners in their families. There are also a million single-parent households in which women are in charge (according to data from the U.S. Census). Being the only earner can be both liberating and stressful to women, however. Adjusting to the role can take a few changes in attitude.

Never mind the pangs of guilt

Women, especially mothers, tend to beat themselves up no matter what they do. If they spend enough time with their families, they worry that they aren’t giving enough to their work. If they decide to throw themselves into their work, however, they can worry themselves to death over how the children need them.

Guilt appears because mothers tend to feel that if only they worked harder, they could get everything done. It’s important to understand that there is a gender difference here. Men don’t tend to feel guilty under similar circumstances. It’s a matter of attitude. If men don’t feel guilty, women who work much harder that they do shouldn’t either.

Discuss money in a mature way

In most households where men bring in the bigger share of the family income, they tend to make decisions about the family’s finances. When women make more, they don’t take on as much as men usually do. With the husband feeling that he doesn’t have the authority and the wife worrying about not being comfortable making financial decisions, sometimes, important things slip through the cracks.

Whether it’s saving to send the kids to college, or borrowing to buy a house, it’s important to make sure no one forgets to take ultimate responsibility for financial decisions. Someone needs to make sure that the family’s credit score is good, or build a plan with a service like FixMy.Credit if it isn’t. Someone should set money aside for the retirement fund, and build an emergency fund.

You get guilt when you convince yourself that you can do more than you actually can, and then fail. It’s possible to feel less guilty when you take on less, and simply do a good job with what you do have. The children don’t need several classes, and you don’t need to volunteer at the school. There’s no great benefit to giving your kids every activity possible. There is a lot of benefit to spending time with them, however. You simply need to say no to the notion that piling more and more on your plate is somehow the way to be a supermom.

Studies have shown that both women and men tend to cling to old gender roles. When modern life makes it harder to live up to those roles, they tend to be unhappy. While there is something to say for the comfort of the familiar, it makes sense to simply go with the flow when things don’t go as you hope. If you’re the breadwinner in your home, you both need to do whatever it takes to make each other feel comfortable. You can also look on the bright side — when your children see you accept your new gender roles in a mature way, they’ll learn a lot from it.

When neither spouse is comfortable with the way the family’s finances are to be handled, it’s important to sit down and work out a system.