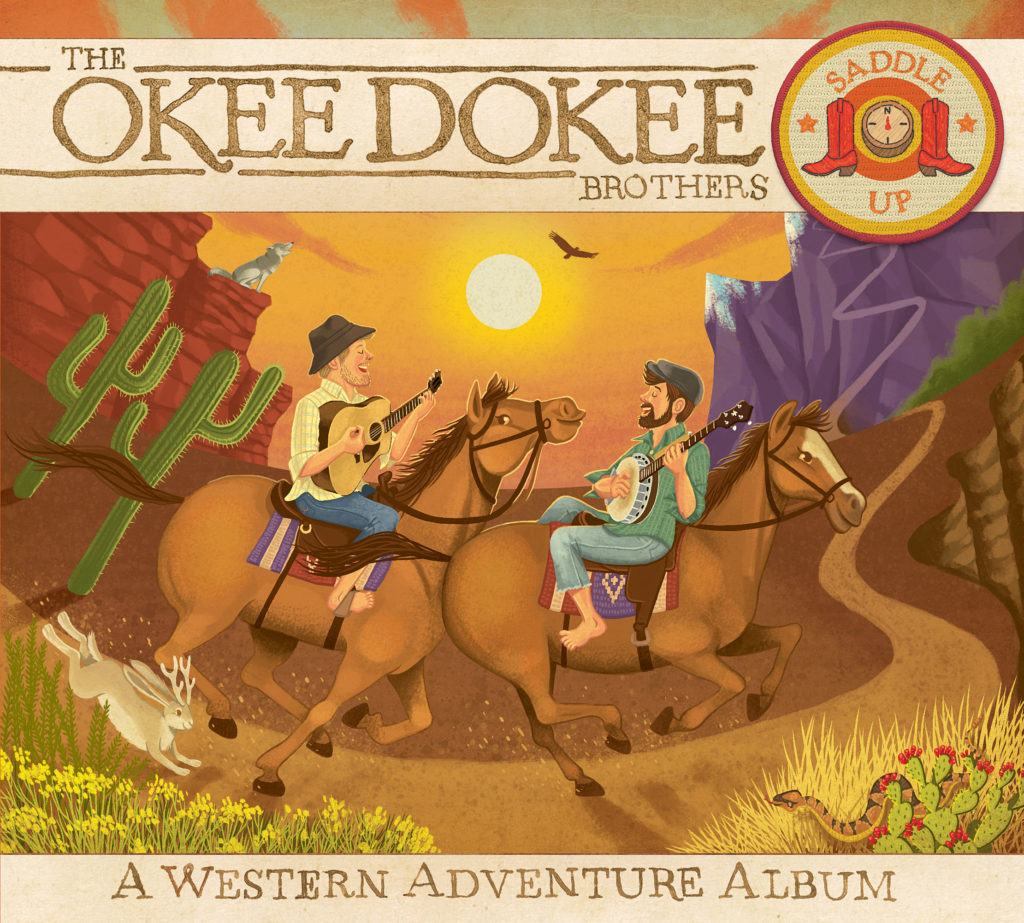 This product was provided in exchange for an honest review.

Several years ago, I was browsing through kid’s music on iTunes when I came across some new music by the Okee Dokee Brothers.  I hadn’t heard of them before, but they had just won the 2013 Grammy for Best Children’s Album for “Can You Canoe”.  Their music quickly joined our favorites (I can’t begin to tell you how often we listened to this album in the car!), and we later added the second album (“Through the Woods”) to our collection.

The Okee Dokee Brothers consist of a folk band duo, Joe Mailander and Justin Lansing.  “Saddle Up” is their third album, which follows their adventures on horseback. 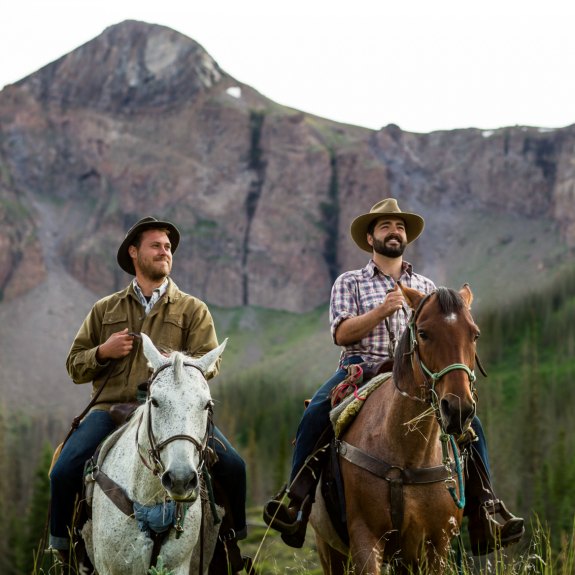 The Okee Dokee Brothers have a great musical style of folk music.  The whole album is very pleasant and enjoyable – the type of music I could listen to on repeat.  So many songs are very catchy and it is easy to get this album stuck in your head.

I love how The Okee Dokee Brothers go on real journeys, this time along the Continental Divide on horseback.  Their previous albums took them on the water in canoes and on hiking trips.  I think having these themes is such a fun and unique idea, and because they really go on these adventures, it adds so much authenticity to the album.  The enthusiasm in the album hopefully inspires kids and adults to get outside and explore the world.

The album includes both a CD and DVD.  The DVD features educational content, music videos, and more.  The DVD is great because it really adds a lot of imagery to the music.  While “Saddle Up” already has a wonderfully genuine quality to it, I love that the listeners also get to see the inspiration behind the album.

Check out the music video for “Jackalope”, a fun track on the album!

You can purchase this album on the Okee Dokee Brothers website and iTunes.