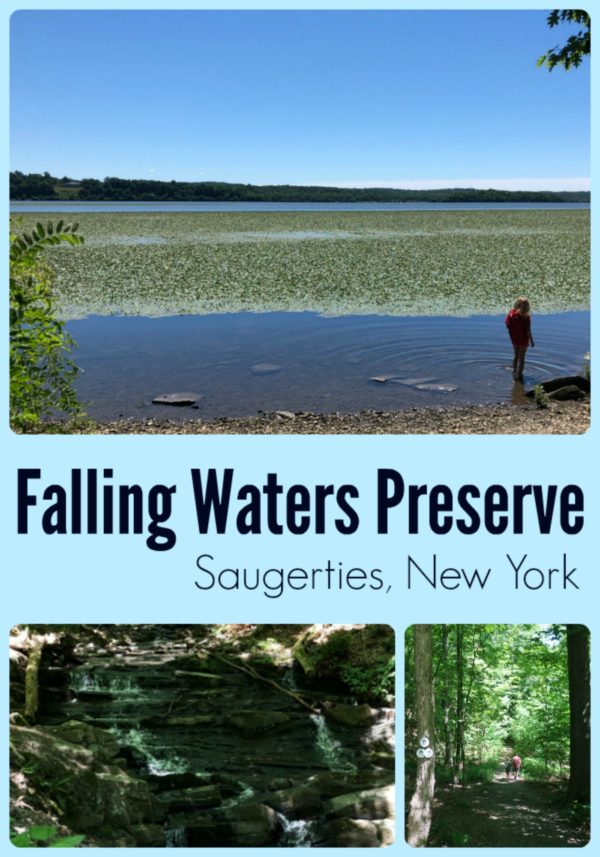 On a recent trip towards the Catskills, we decided to stop to explore Saugerties, New York.  Falling Waters Preserve is located along the Hudson River, and makes for a nice, short hike.

We used Google Maps to locate the Falling Waters Preserve, and had no trouble finding the parking lot, which holds probably a dozen cars. 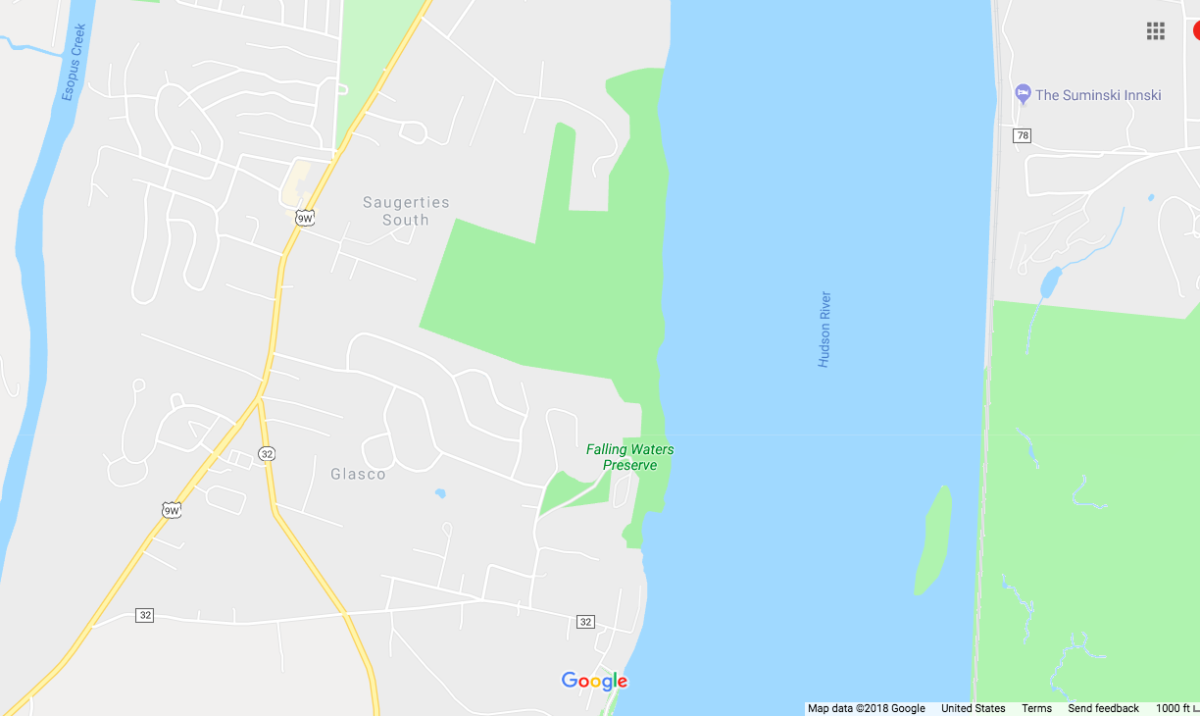 There is a nice kiosk at the trailhead, and there were actually trail maps there.  I often find that when we go hiking, there are no maps left, and it was nice to have a map with us even for a short hike. 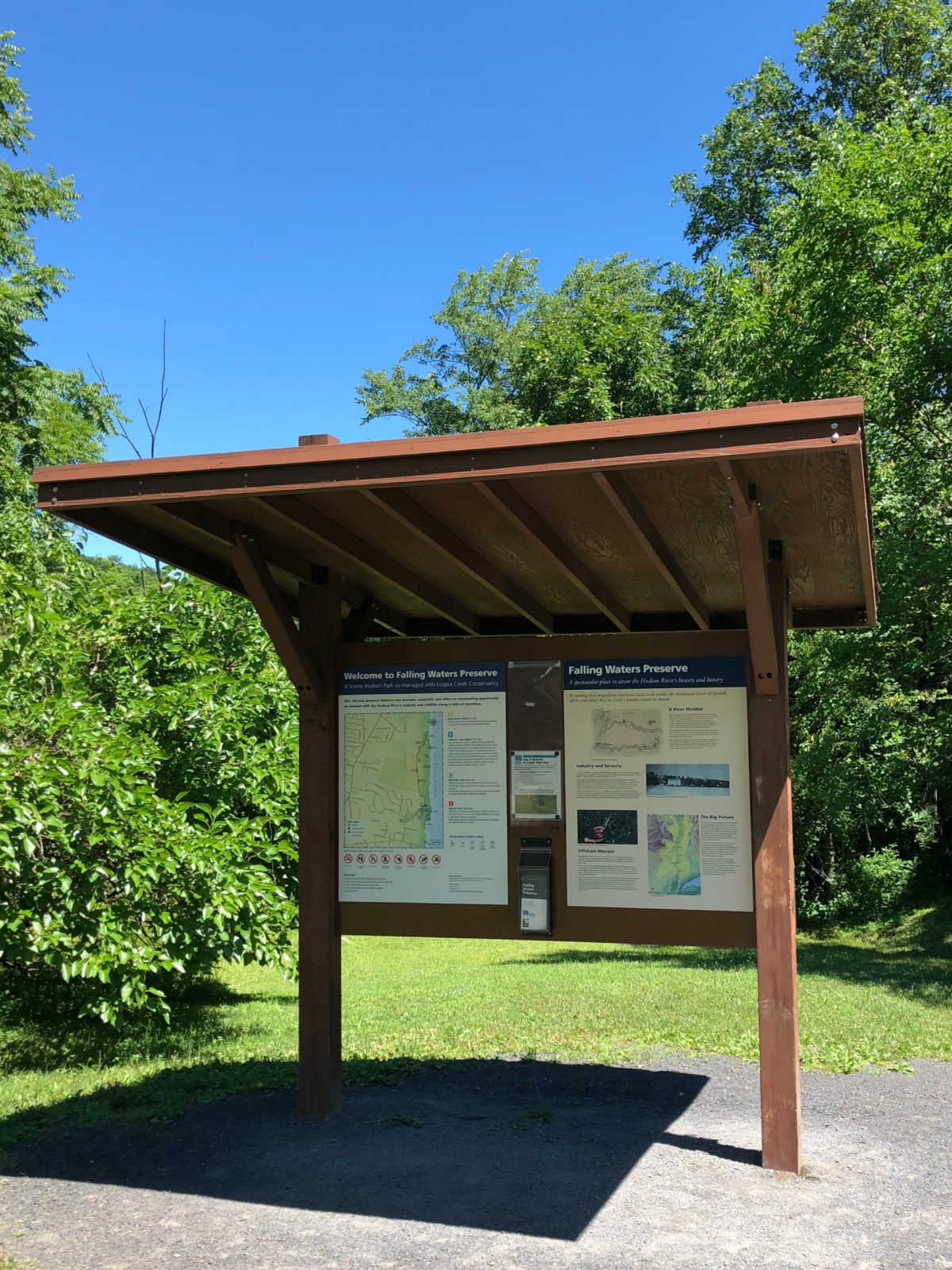 We started on the white trail, which is close to the Hudson River. 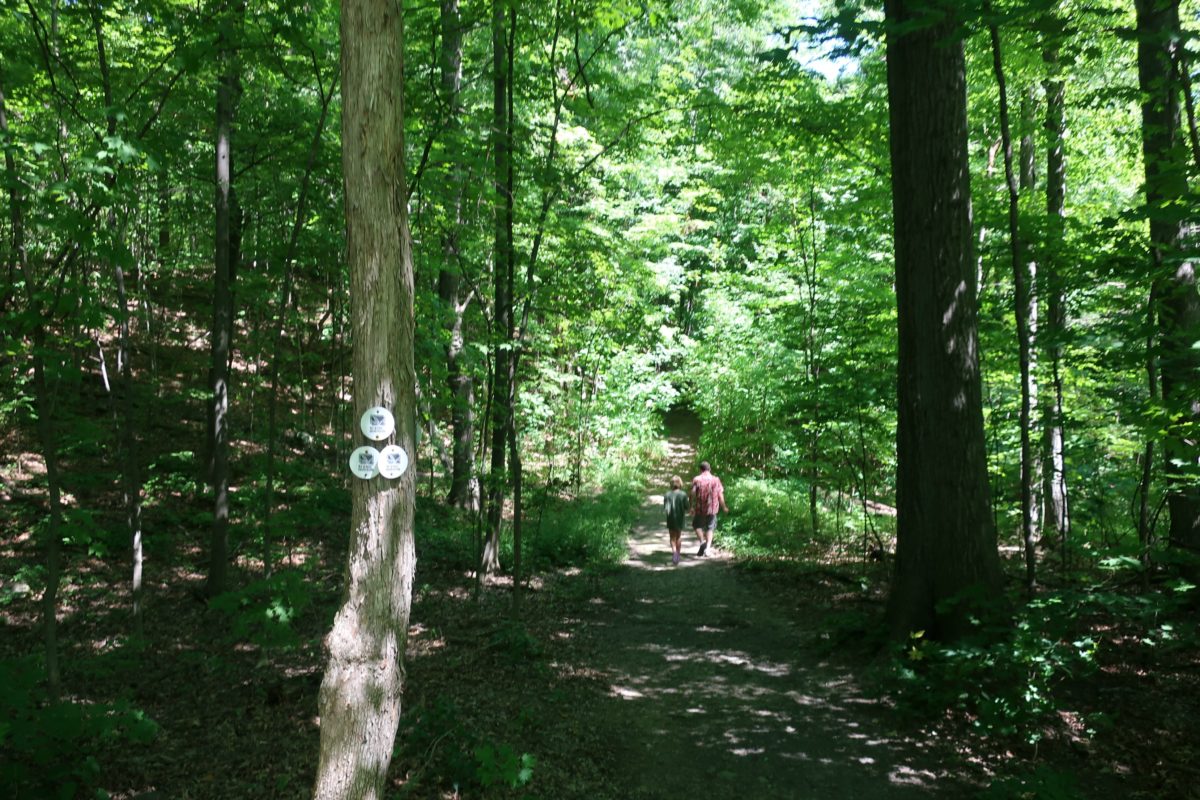 The trails are well-marked here, and it is easy to follow as the paths are well-maintained and there are plenty of markers. 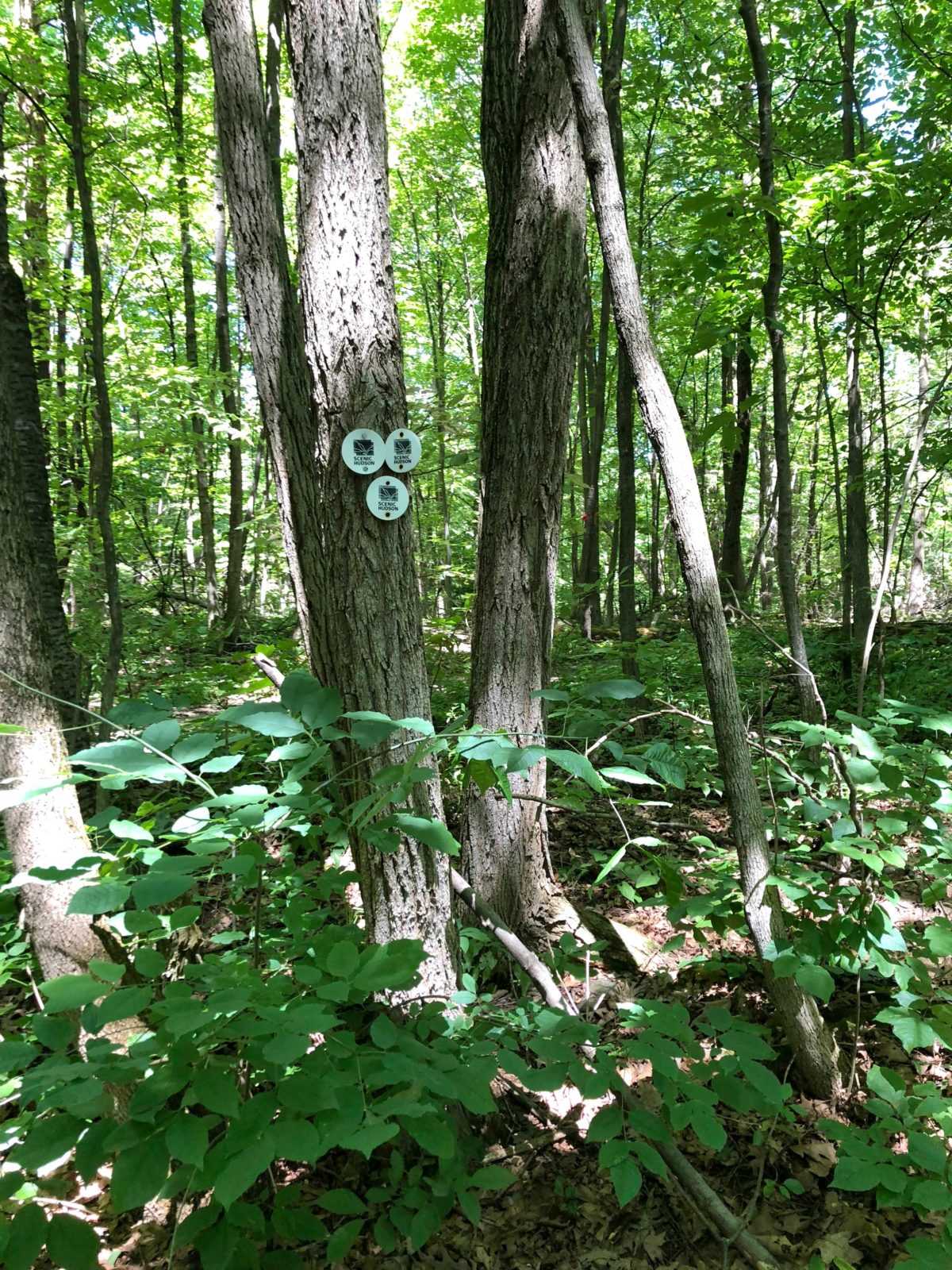 There are lots of great views, even from the trail. 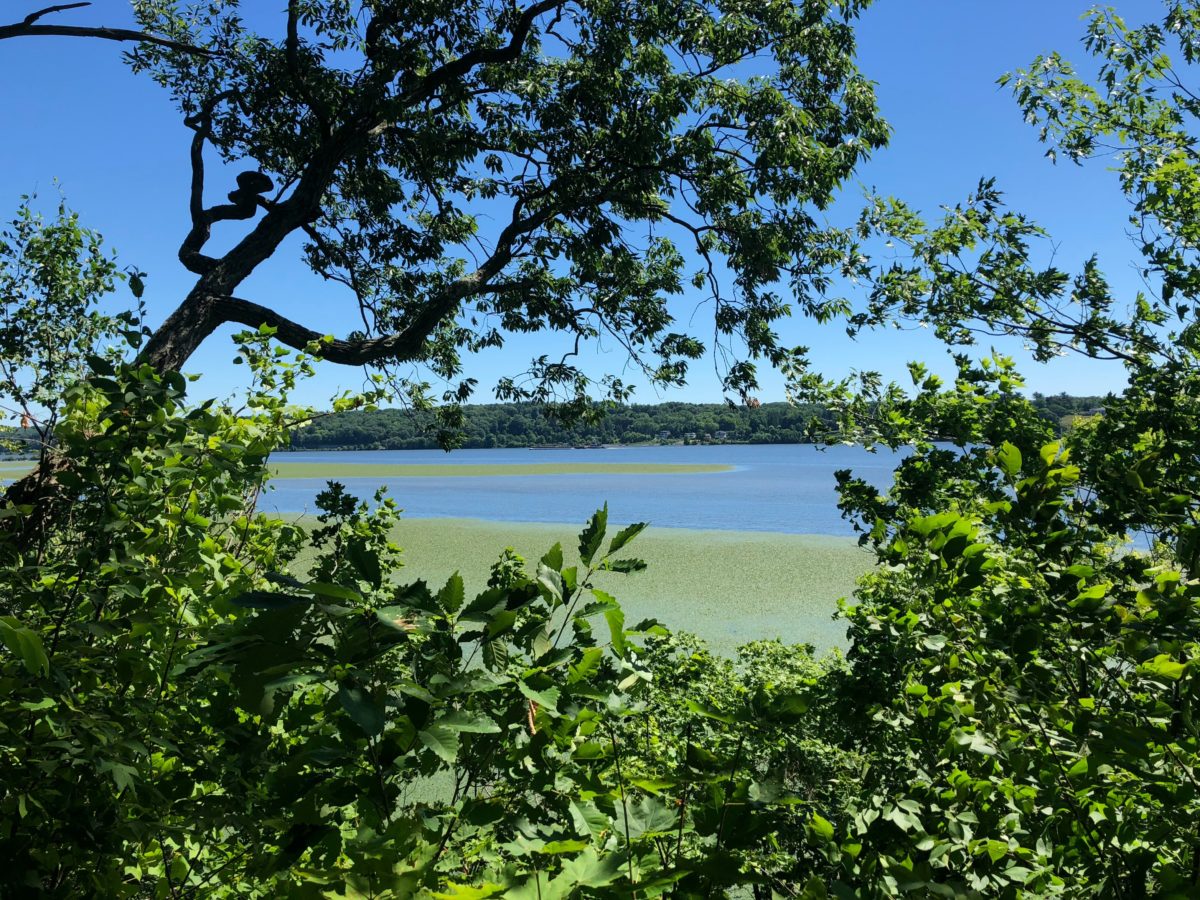 At several places along the white trail, we ventured off on little paths that went to the water. 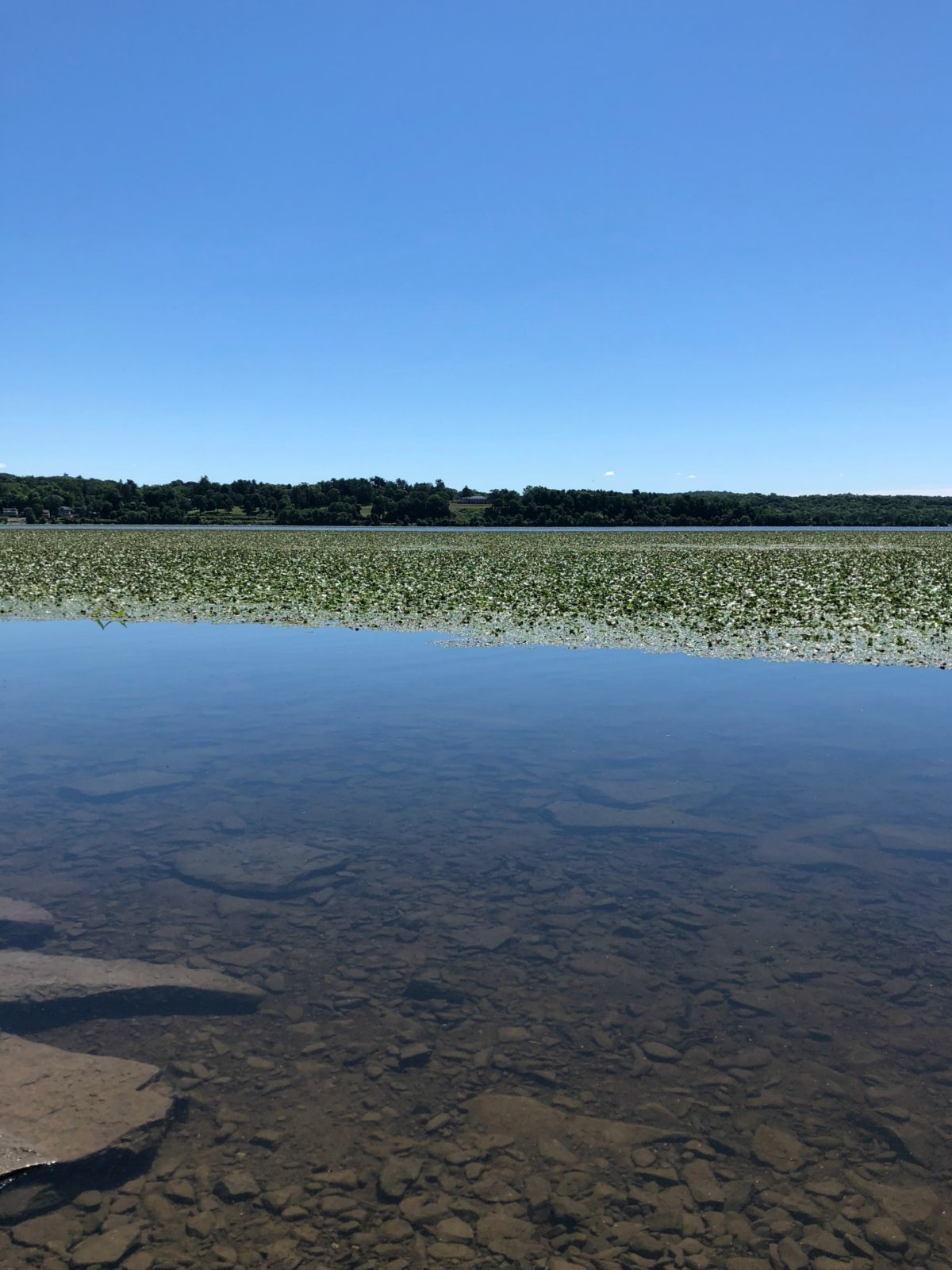 The kids even waded in a little bit.  The Hudson River looked beautiful, and we had perfect weather.  The green stuff floating on the water?  Invasive plants called Chinese Water Chestnut. 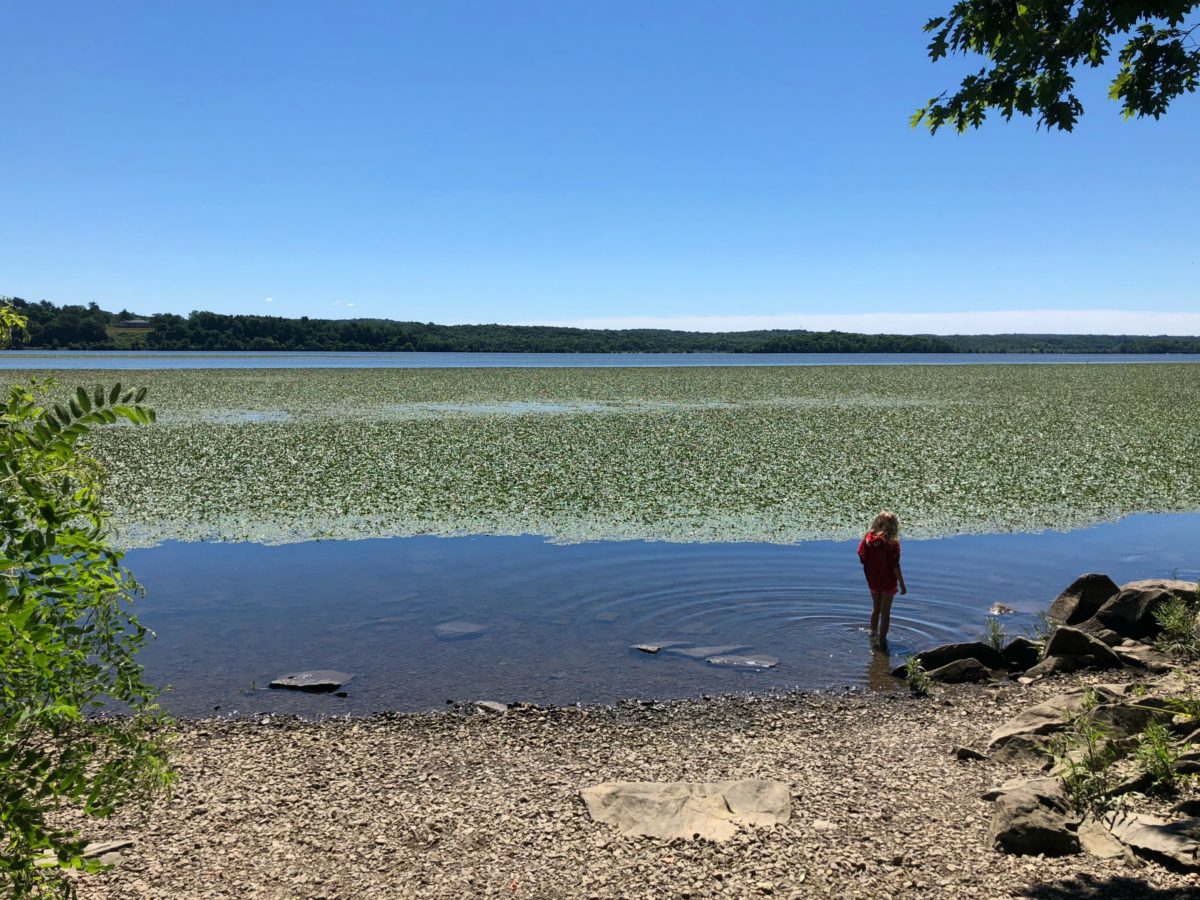 There are a lot of Chinese Water Chestnuts in the Hudson River, so be careful as you are walking around, as there are dried ones everywhere. You just want to make sure it doesn’t go through something like a flip flop or even a sneaker.  This one actually wasn’t even as sharp as some of the others you can find laying on the ground. 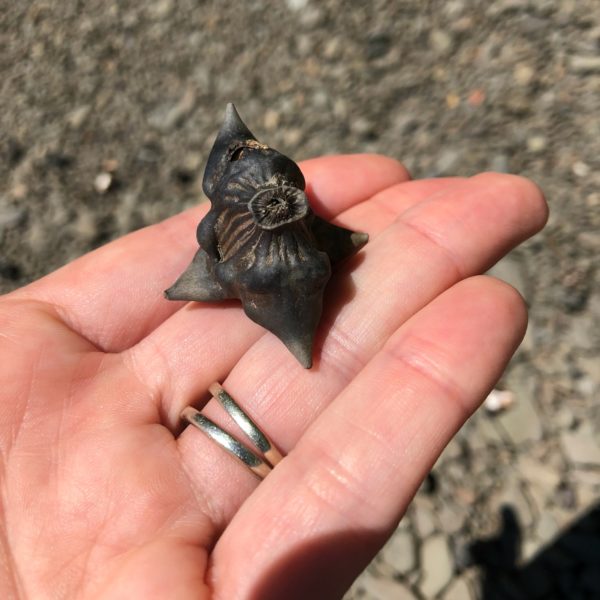 The views of the Hudson are really nice from the preserve. 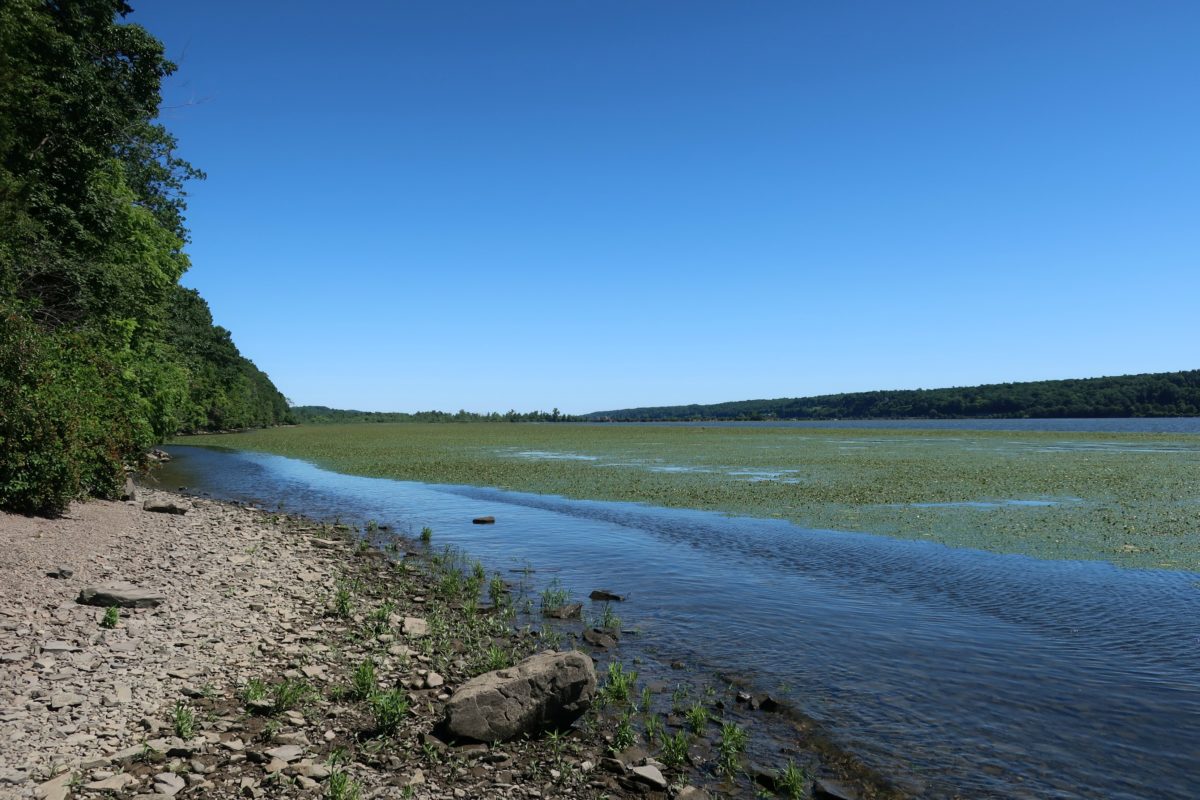 As we continued on the trail, there were benches along the way. 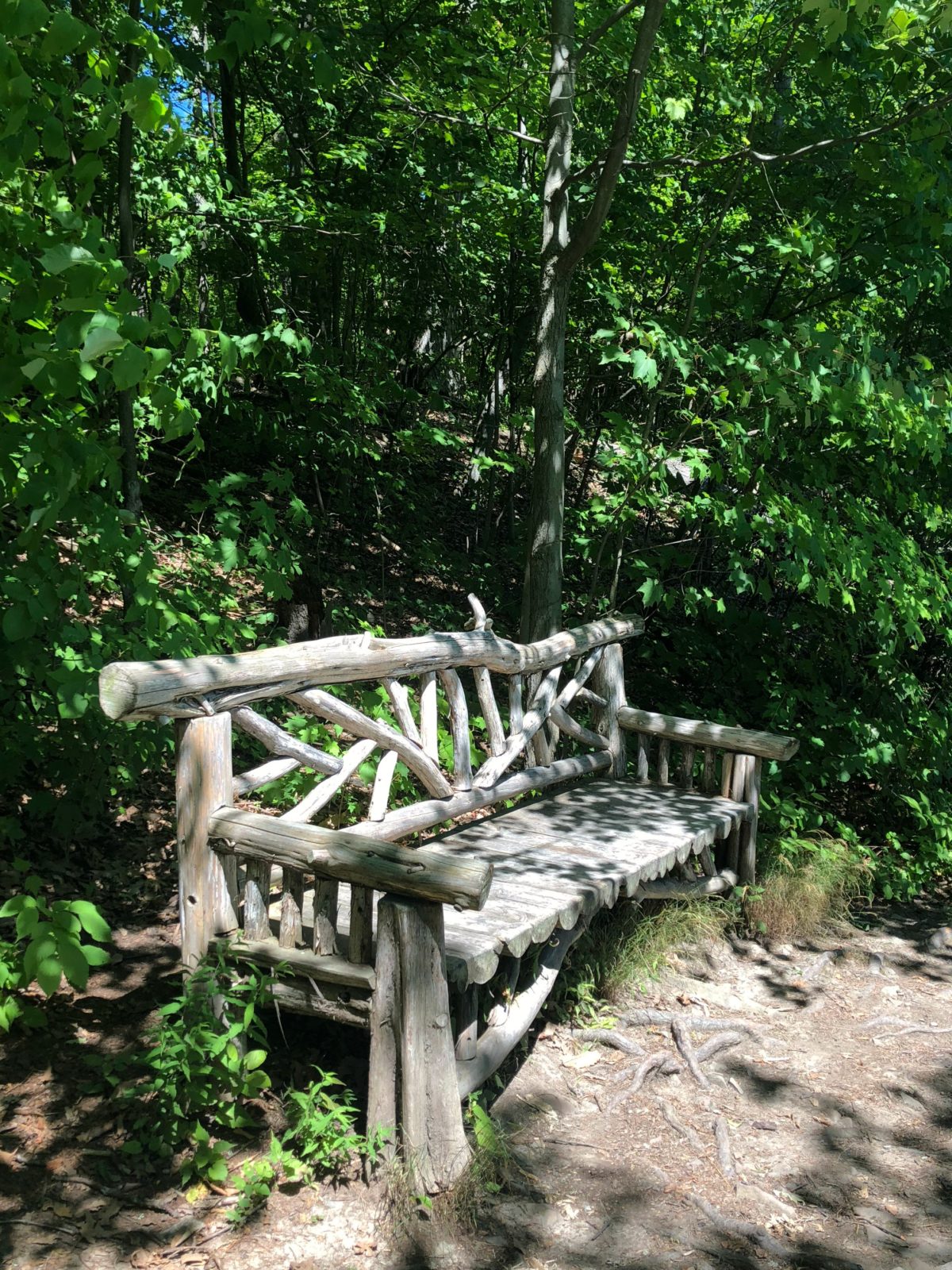 We reached the waterfall overlook, which has a nice seating area with a pergola. 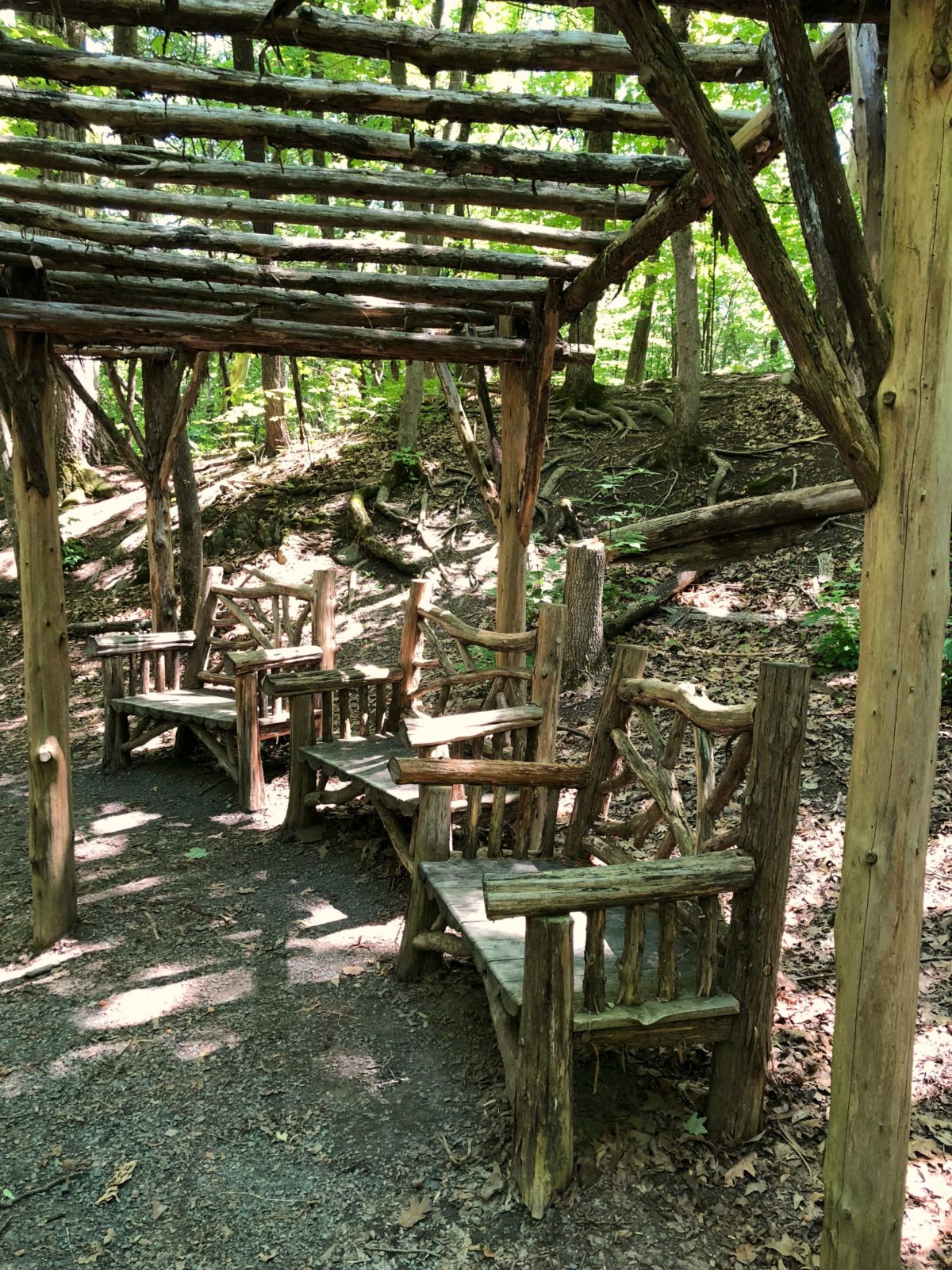 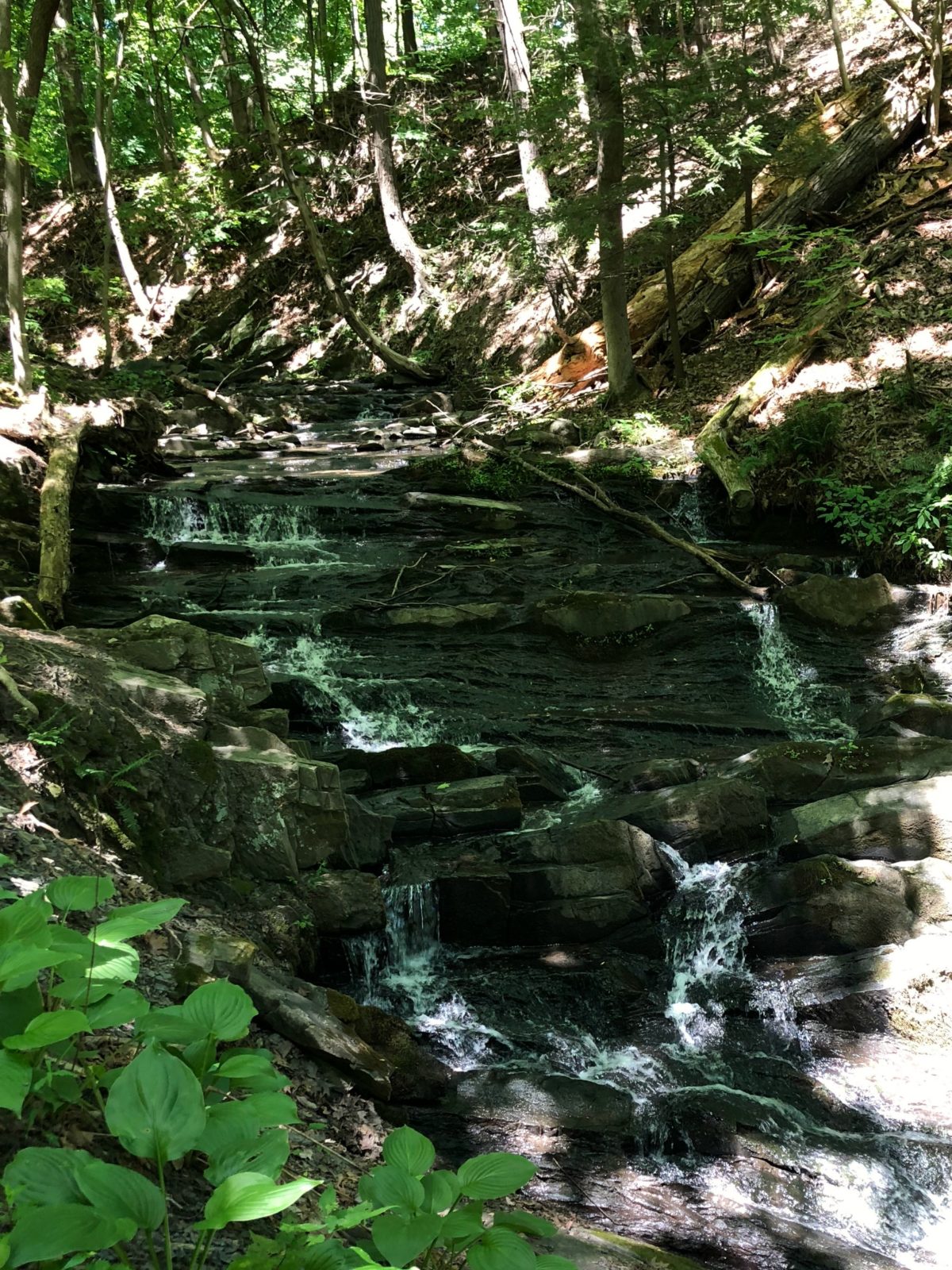 You can either double back on the trail you came in on, or take it as a loop.  We did a loop, returning on a trail that is essentially parallel to the one that runs along the Hudson River. 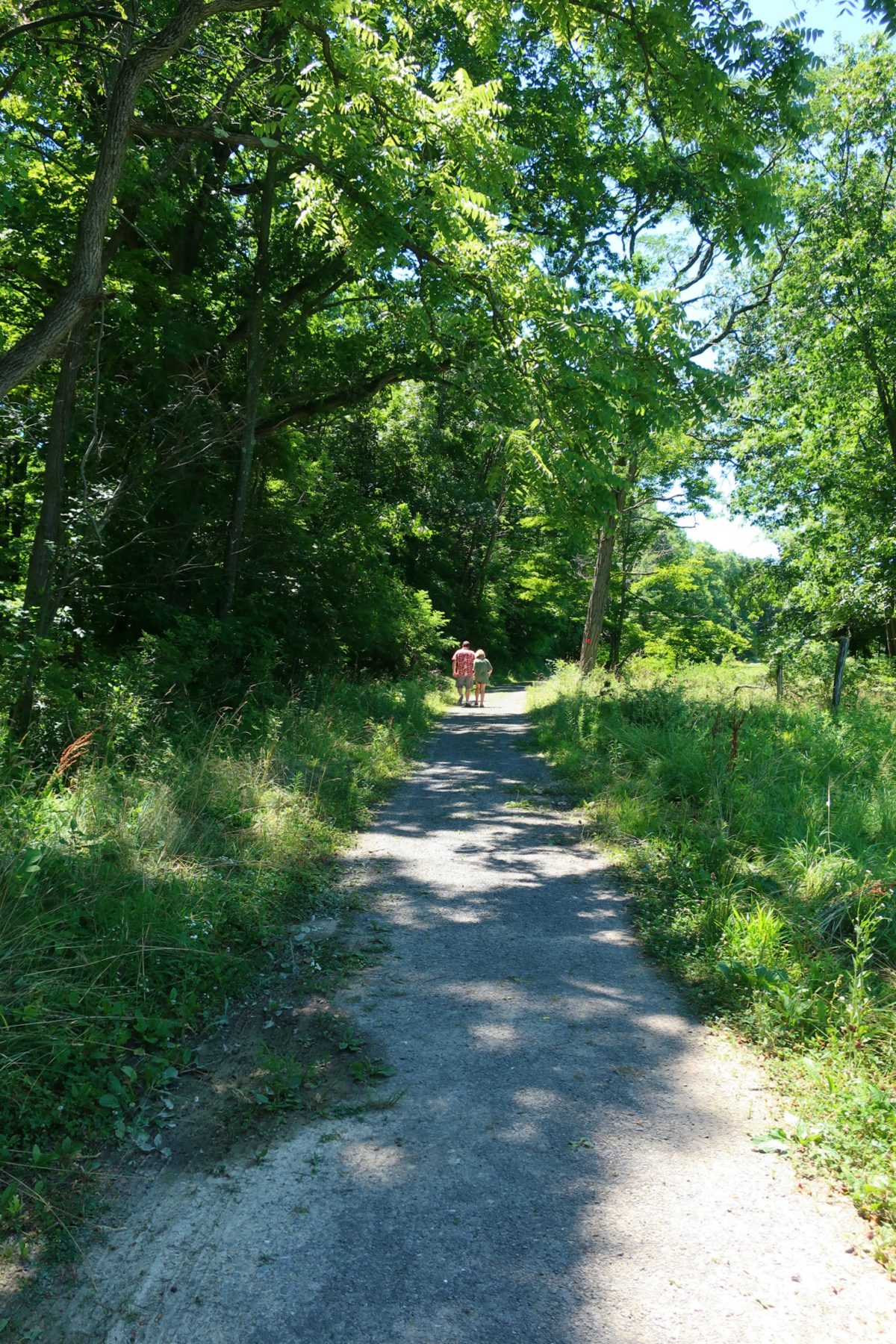 There is a nice statue as we looped back, where the preserve backs up to private property. 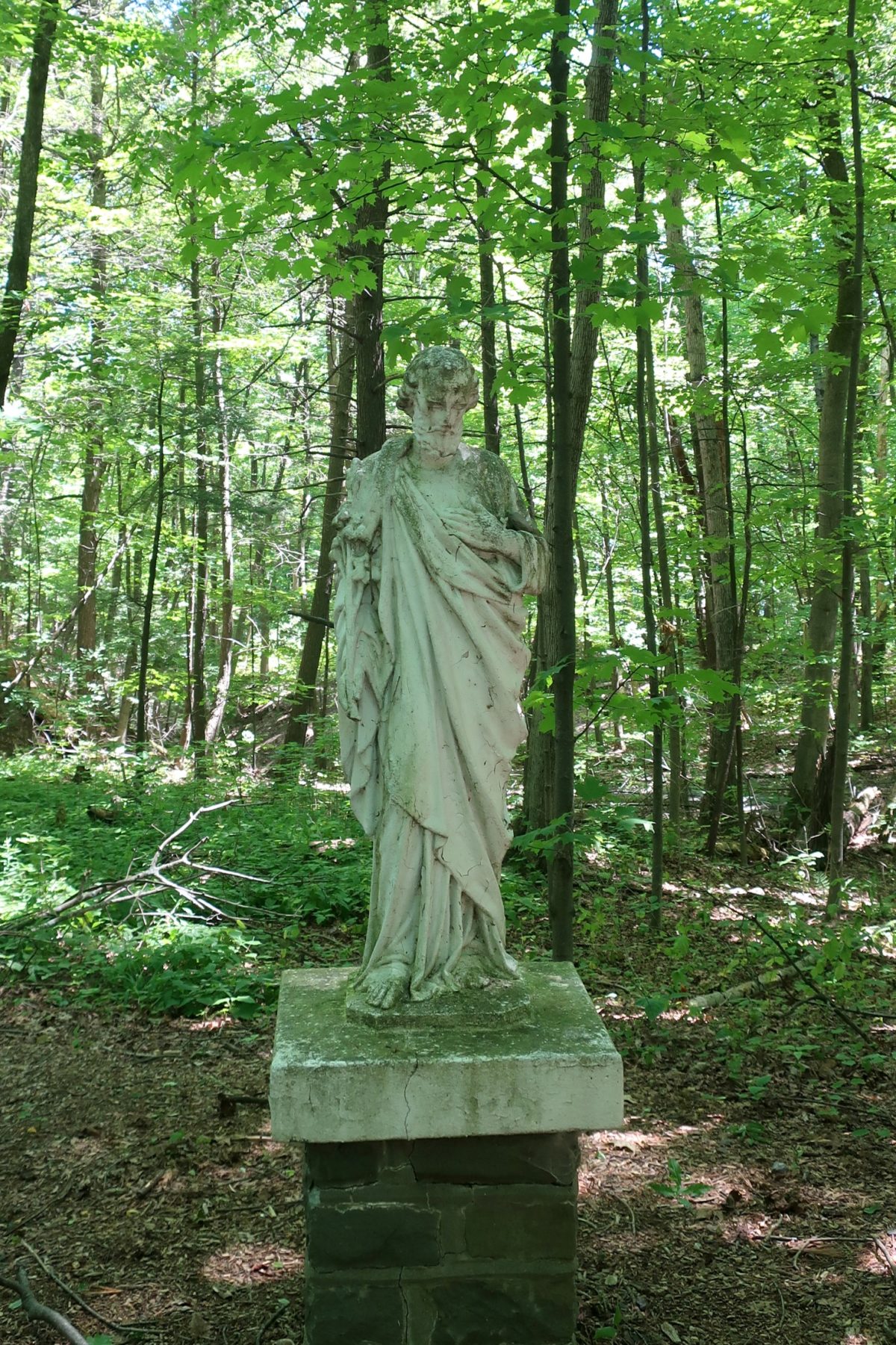 We also saw some poison ivy along the trail, so be careful for that along with the Chinese Water Chestnuts. 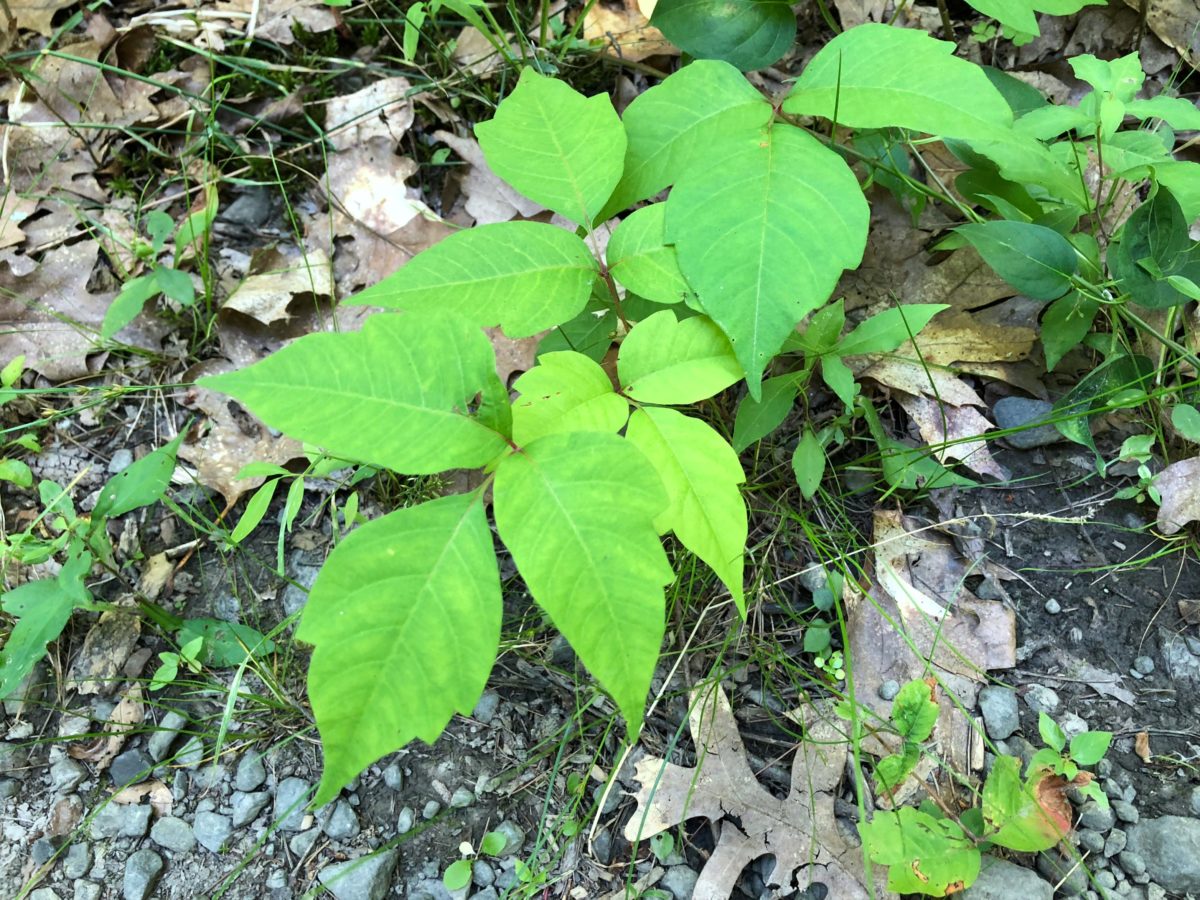 By taking the Riverside Trail in, and the Upland Trail out, we covered just over 1.5 miles.  The trail is mostly flat, with only slightly rolling terrain, and was an easy hike for all of us.

The parking was sufficient at the trail head, and it was nice not to have to worry about parking. 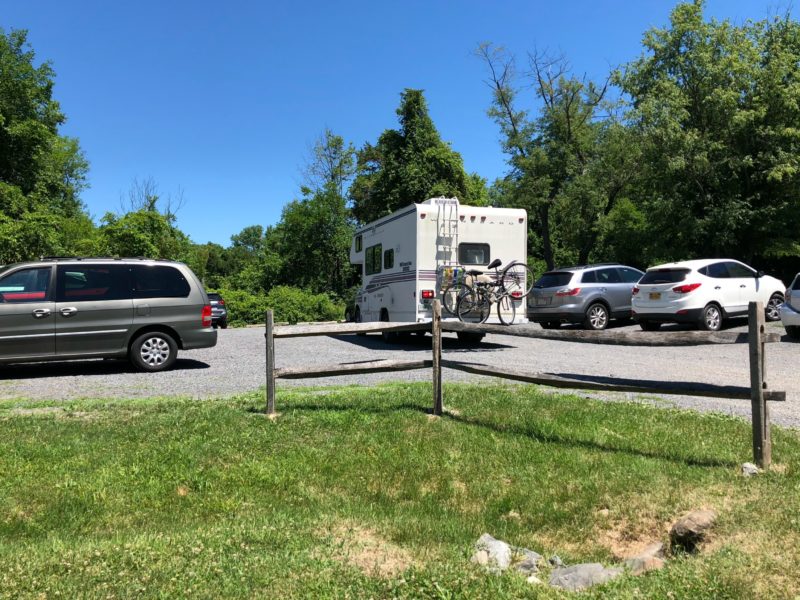 Check out the Falling Waters Preserve at: https://www.scenichudson.org/parks/fallingwaters