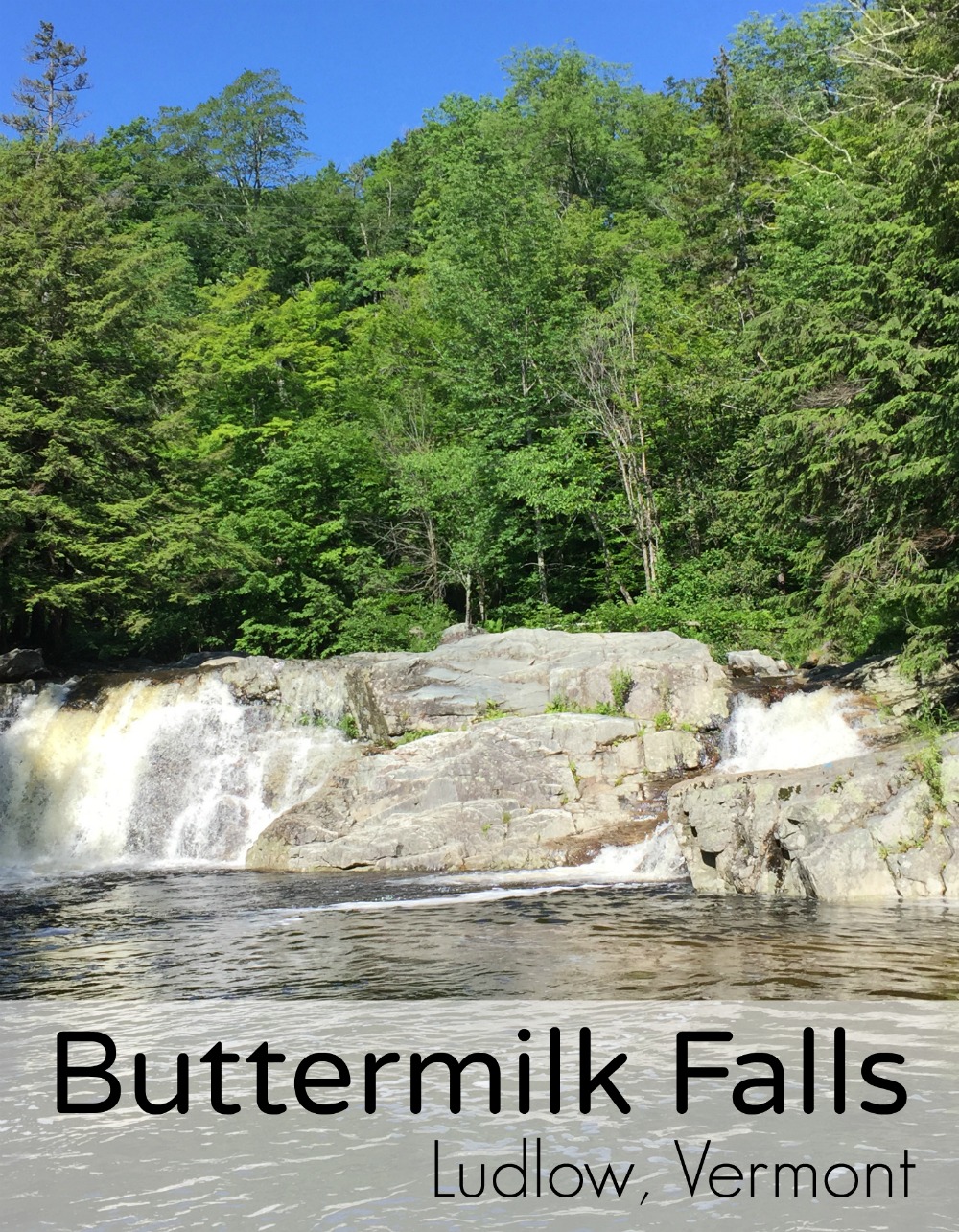 We travel through Vermont frequently, and recently stayed in the Ludlow area.  Buttermilk Falls is a popular attraction there, especially in the summertime, for its beautiful falls and swimming holes.

The falls are easy to find, right off Route 103 on Buttermilk Falls Road.  As you travel down the road, you will see pull offs on the side of the road.  We arrived around 9 on a Sunday morning, and we could see cars starting to line up. 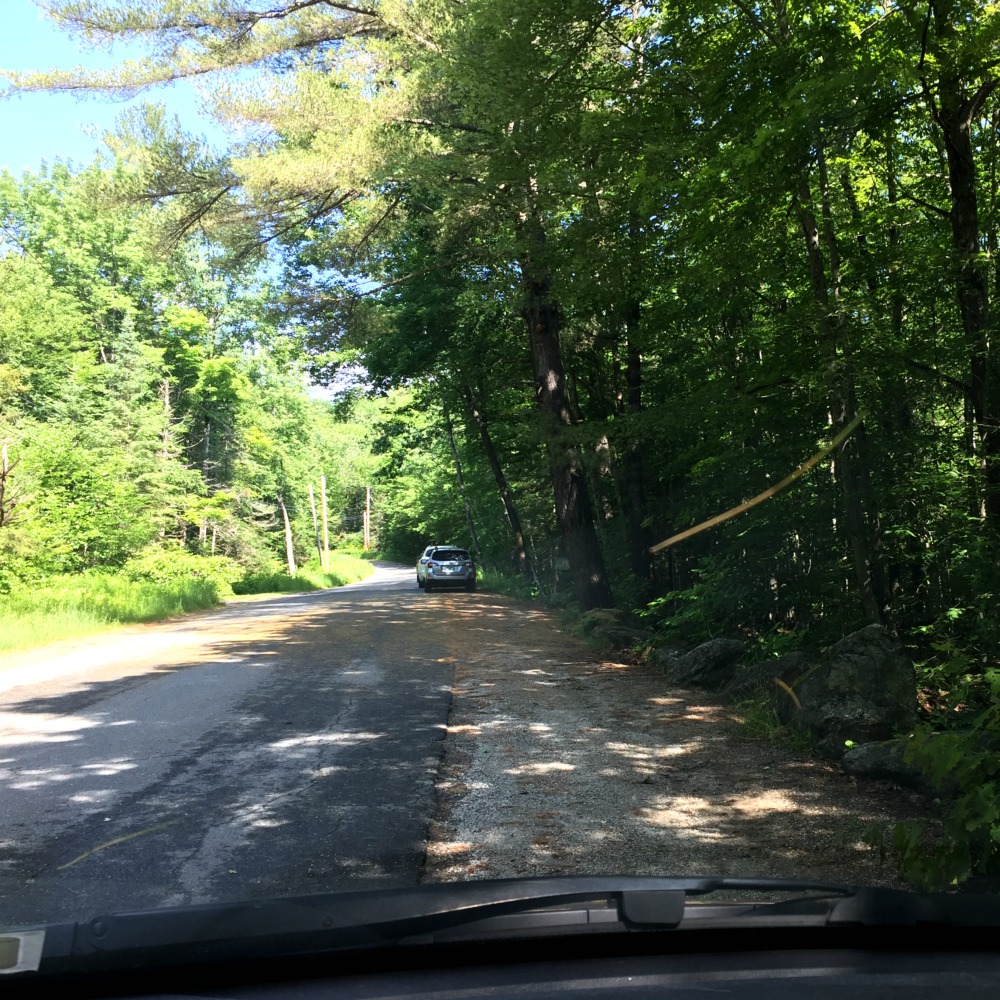 There are three parts to the falls – lower, middle, and upper.  We had no trouble finding the many paths and trails meandering through the woods from the road and to each of the falls.  We went after some rain and some of the slopes and rocks were slippery, so just watch your step especially if you wear something like flip-flops (versus sturdy shoes).  While much of the terrain is easy to navigate, there are some rocks, roots, and slopes to travel over. 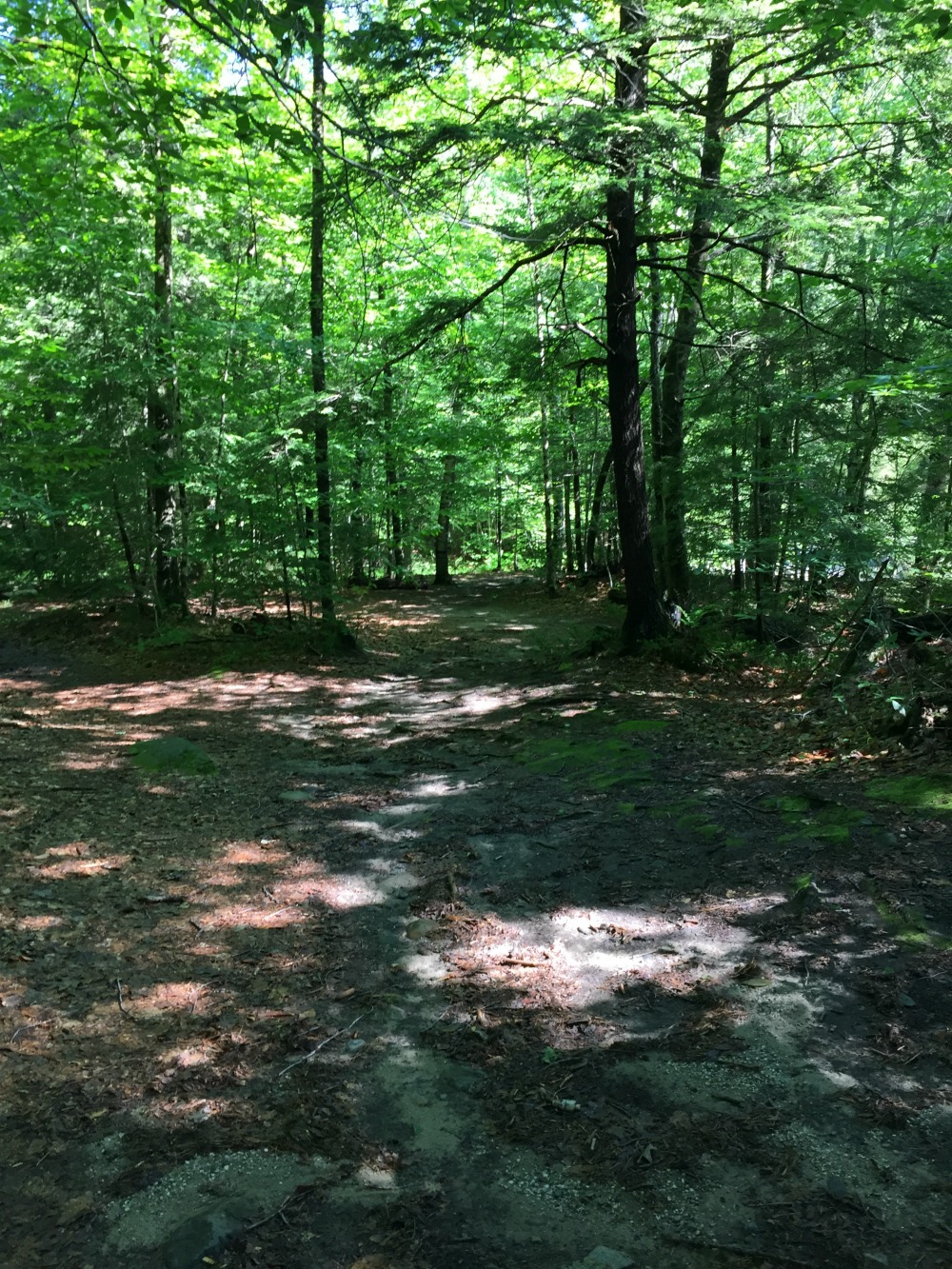 At the beginning of the trail (the first pull-off areas closer to the bottom of the falls), there is a trailhead type kiosk where there is information about Buttermilk Falls, including a map and water testing.

The first time we went, it was early July 2017 and there had just been a rainstorm the night before.  The kiosk sign recommends not entering the water 24 hours after there is heavy rain because of elevated e. coli levels.  Being that it was pretty stormy the night before, we decided against going in the water, even though we had originally planned on checking out the swimming holes.  When we returned in mid-August, the weather was in our favor and the kids did go swimming (although the water was cold!). 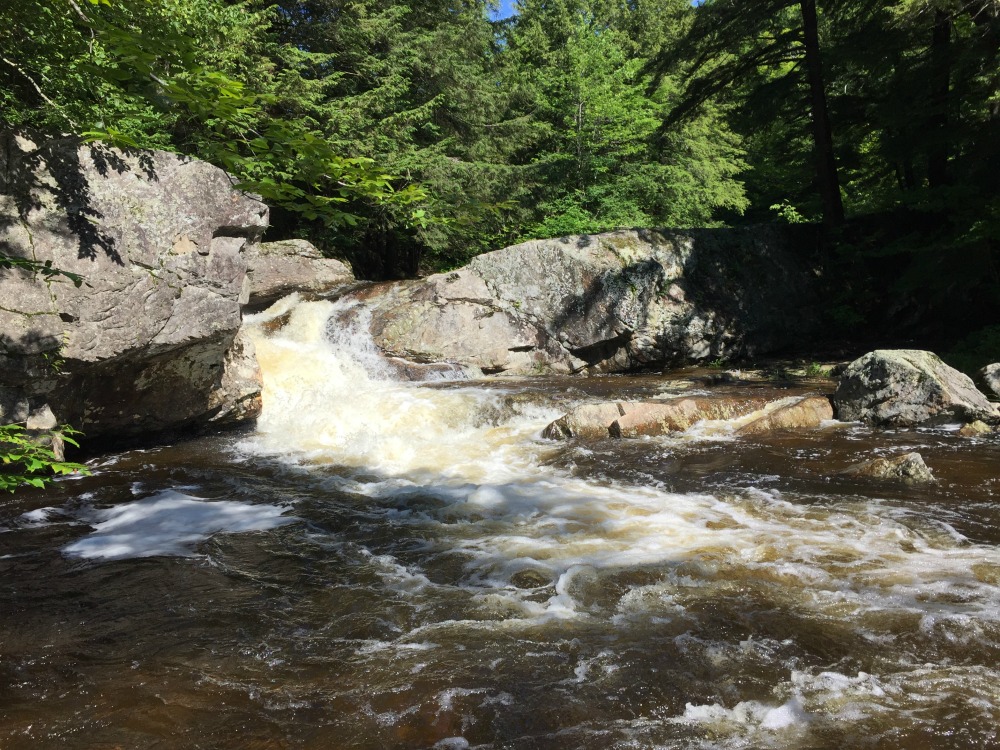 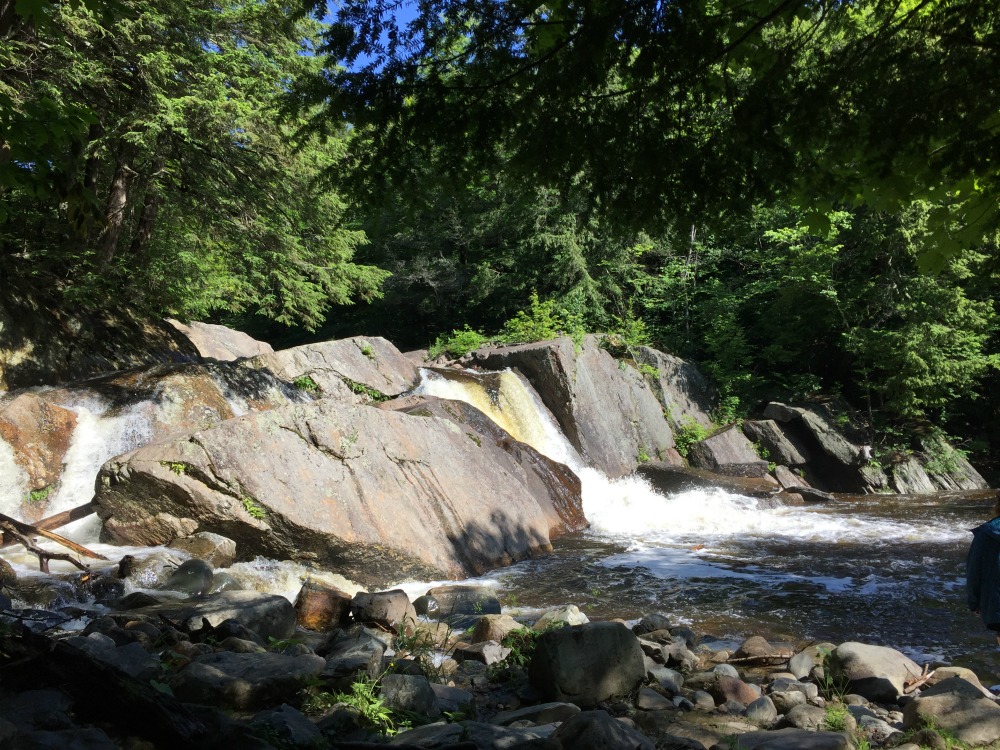 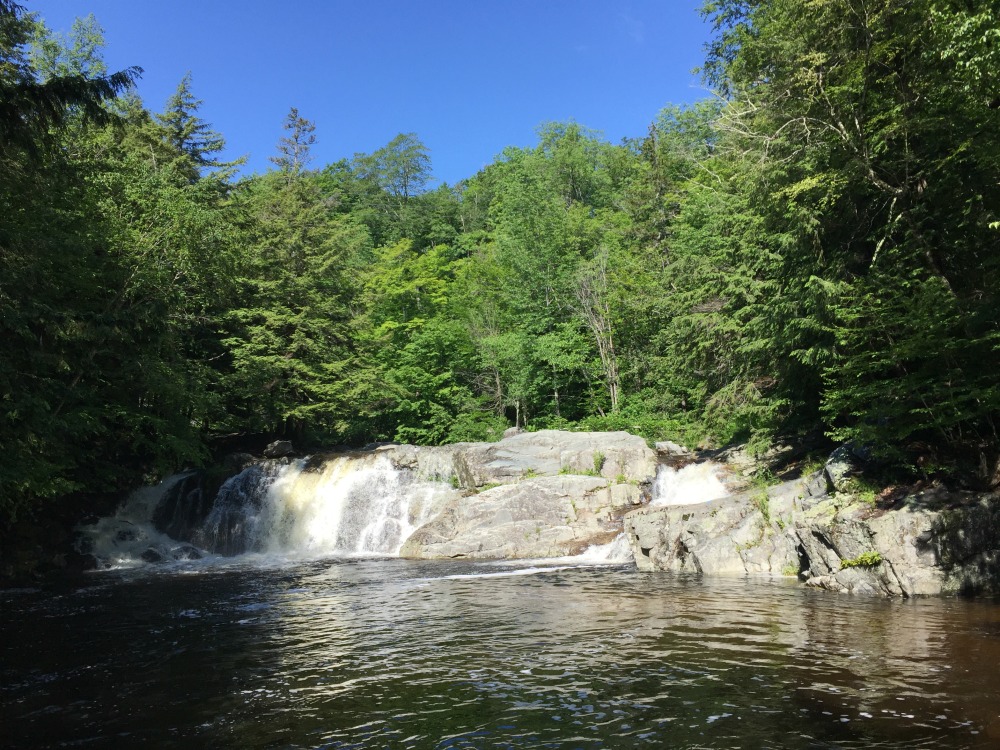 The kids went swimming in the Upper Falls, and also jumped off some of the rocks on the right hand side.  My husband waded in and checked the depth and made sure it was clear to jump in before the kids went in.  The rocks are very steep to climb, so you also want to be careful about that. 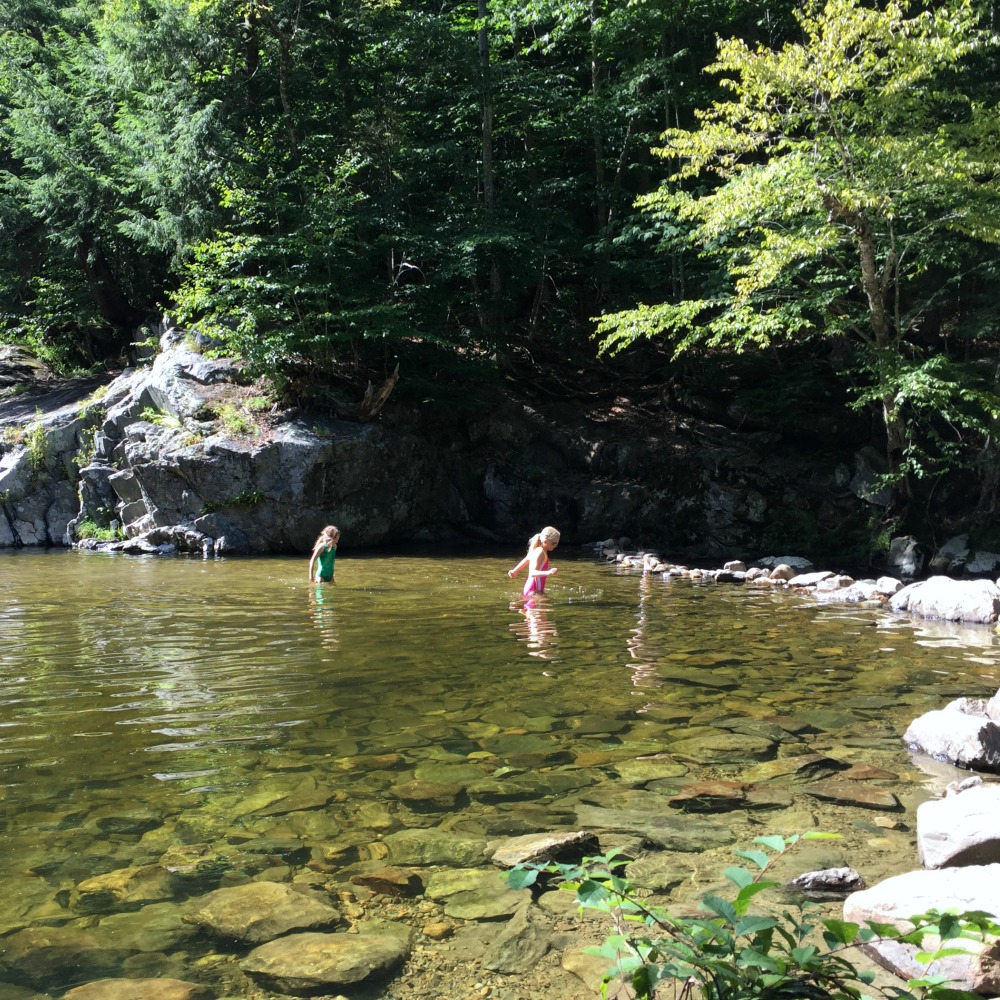 The distance between the falls is not far at all, so the kids had no problem walking between them, and enjoyed exploring the surrounding nature.  It was a little buggy when we were there, so plan on bringing some bug spray. 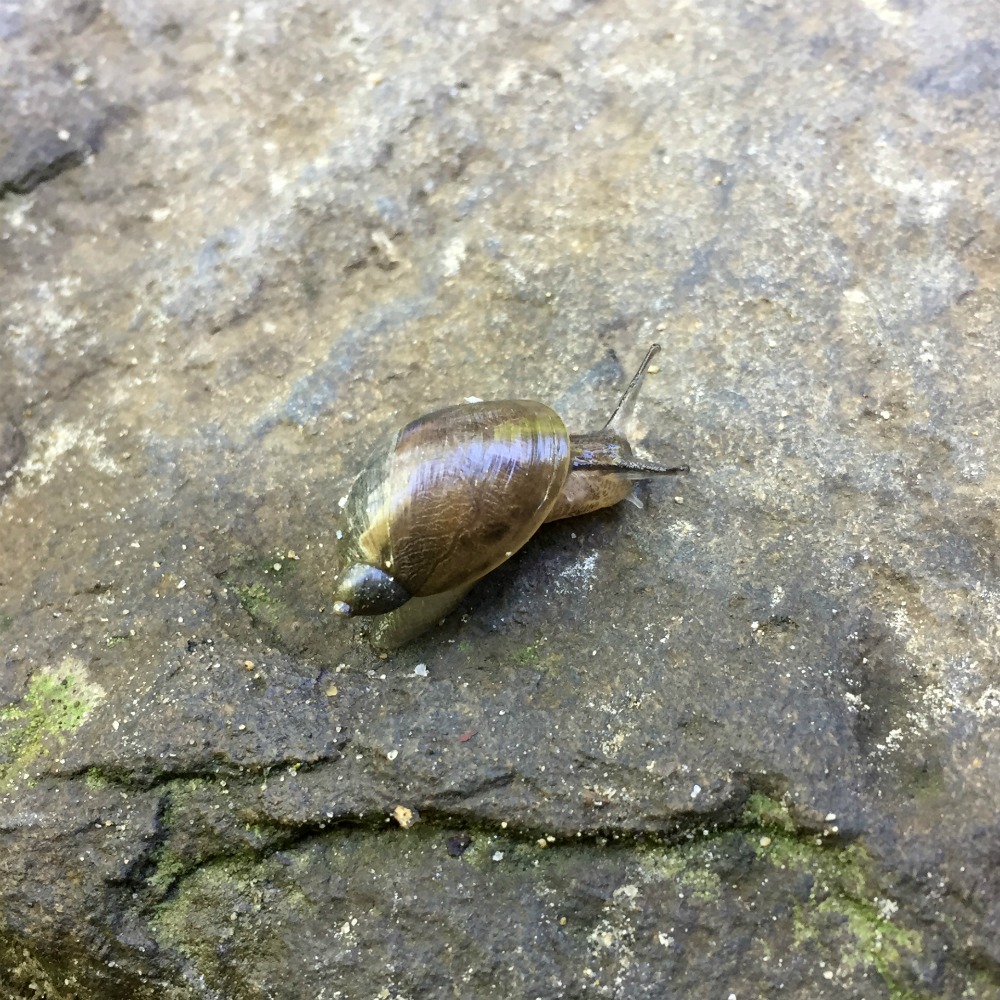 The falls were very pretty and a fun place to swim, so we will definitely be back. 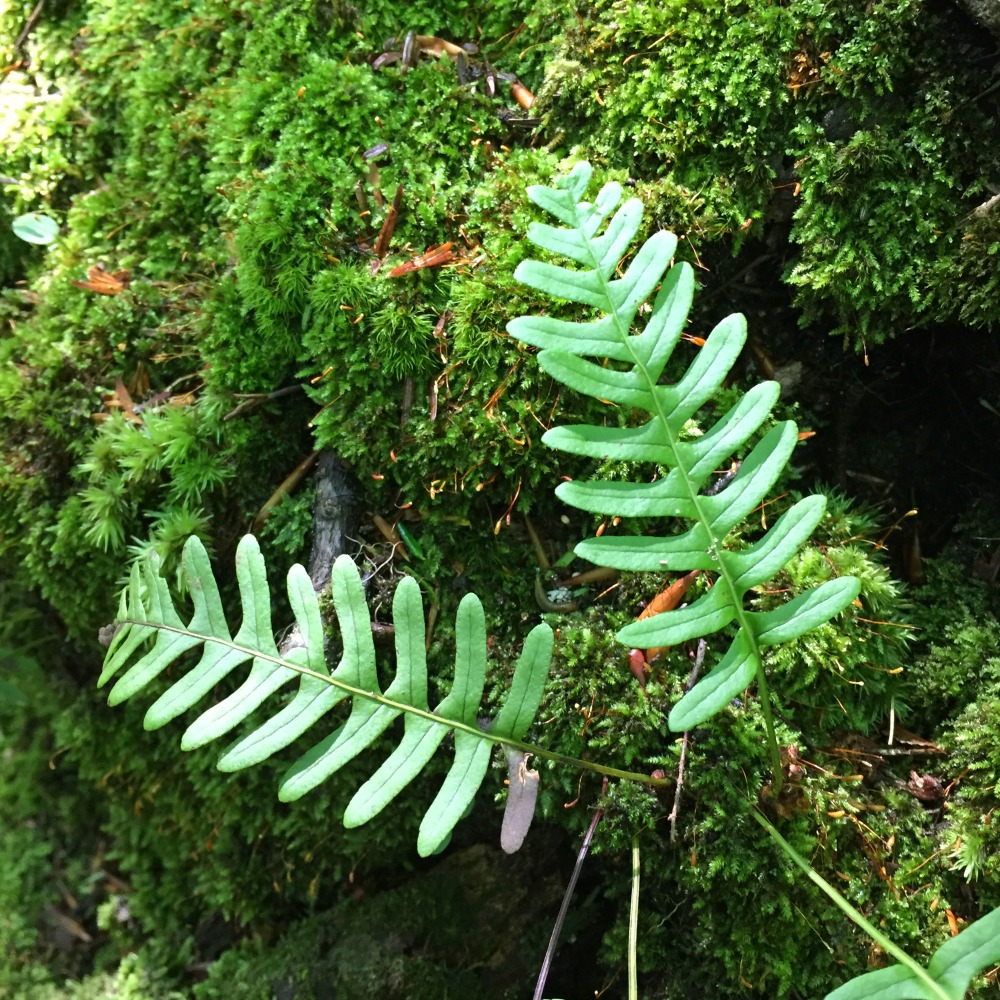