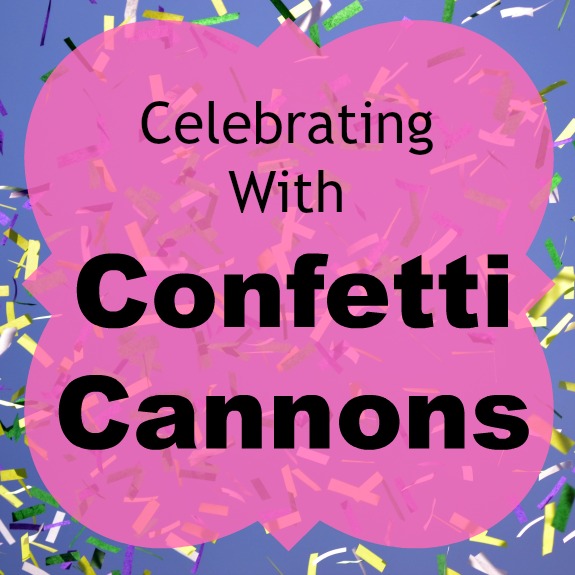 Confetti cannons are a new trendsetter among kids of all ages. It provides fun and entertainment for all kinds of parties.  The confetti cannon is a very inexpensive way to have fun, and make an absolute show at any event, party, birthday or celebration. Confetti cannons form a massive blast with a lot of confetti.

Shooting off confetti is just like opening a biscuit wrapper – twist a little and there you are with lots of confetti.  Aim the confetti cannon towards a ceiling or sky – away from things like glass.  Be ready for a shower of confetti with a massive blast. They’re a mess and this mess is totally worth it!

Confetti is a safe way to celebrate any event, the chances of accidents are less when using confetti cannons but caution is important even when using the safest kind. Don’t shoot the confetti at anyone’s face or anything that could possibly be damaged.

A confetti cannon can bring the magic to your parties that you are missing.  Fun and excitement are the key components of a party, really making it a celebration. So add some zing with a confetti cannon.

Confetti cannons can be used to bring a magic moment and color to a party so they kids are delighted.  Kids love the colours and sparkle and canon poppers can provide them with that. Children love the fun part, the blast the cannon makes before the shower of confetti.

Confetti cannons are an exciting way to reveal the gender of an upcoming baby.  Pink confetti is revealed when the baby is a girl, and of course a blue in case it is a boy.

Each confetti cannon from Premier Glow comes assembled and fully loaded. Confetti canons are disposable, used once and thrown away.   You can choose the confetti you want to add to your cannon and enjoy the show. These are easy to use – just aim towards the sky, twist, and shoot the cannon.