Pearls have always symbolized joy, elegance, and perfection and have been the most magical and feminine jewelry. Simply said, a pearl is a very positively charged word. It is a symbol of virtue, purity, and humility and that is one of the reasons why it is such a coveted natural material. 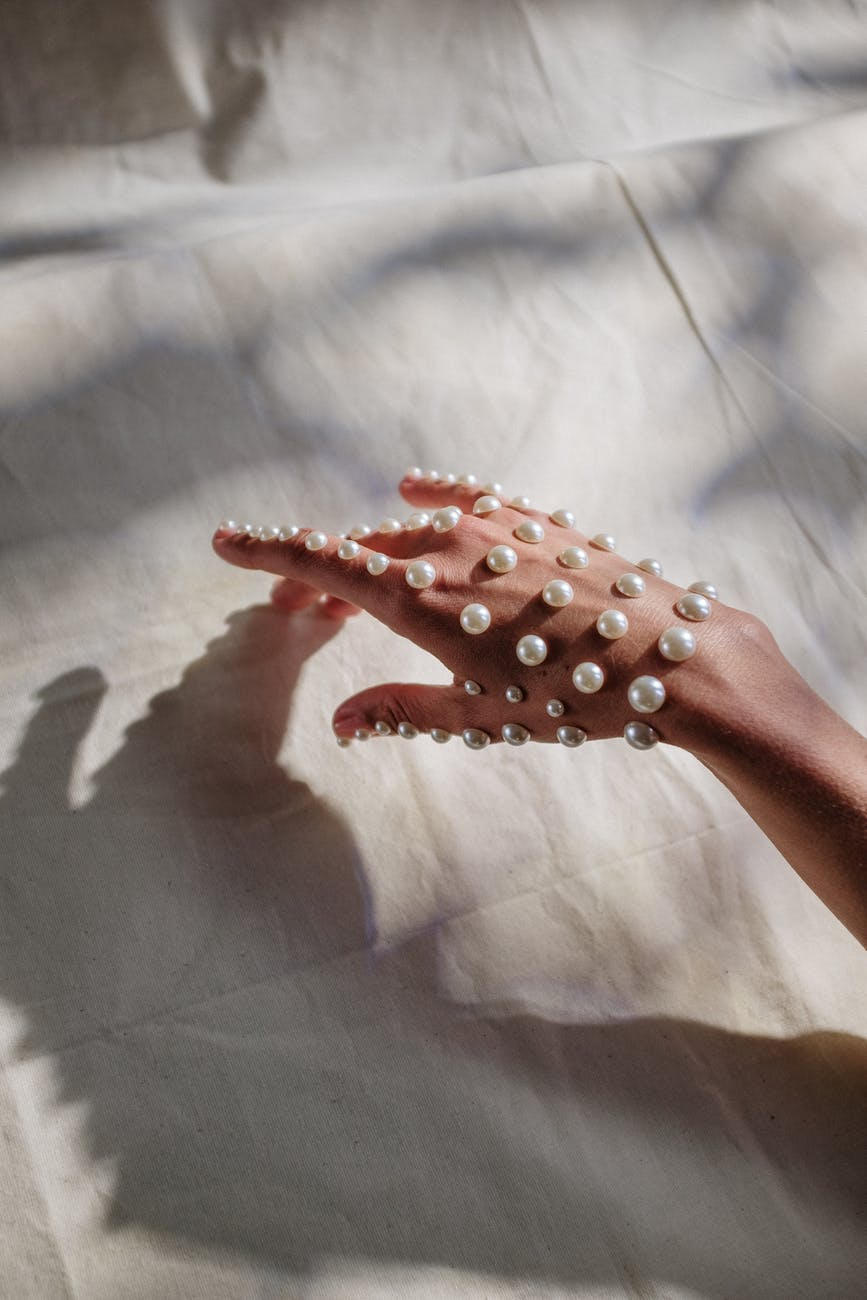 There are several different types of pearls and generally, they are divided into freshwater and saltwater, natural and cultured, pearls. We’ve all heard about the beautiful kinds of pearls, including the renowned and wonderful eye-catching Akoya pearls, or the Tahitian or the Biwa pearls.

When looking at the two varieties, you might not quite understand what is the real difference between them. But believe us, there are a few.

In the text below, we’ll try to explain what they are and look at the characteristics that separate the two types of pearls. 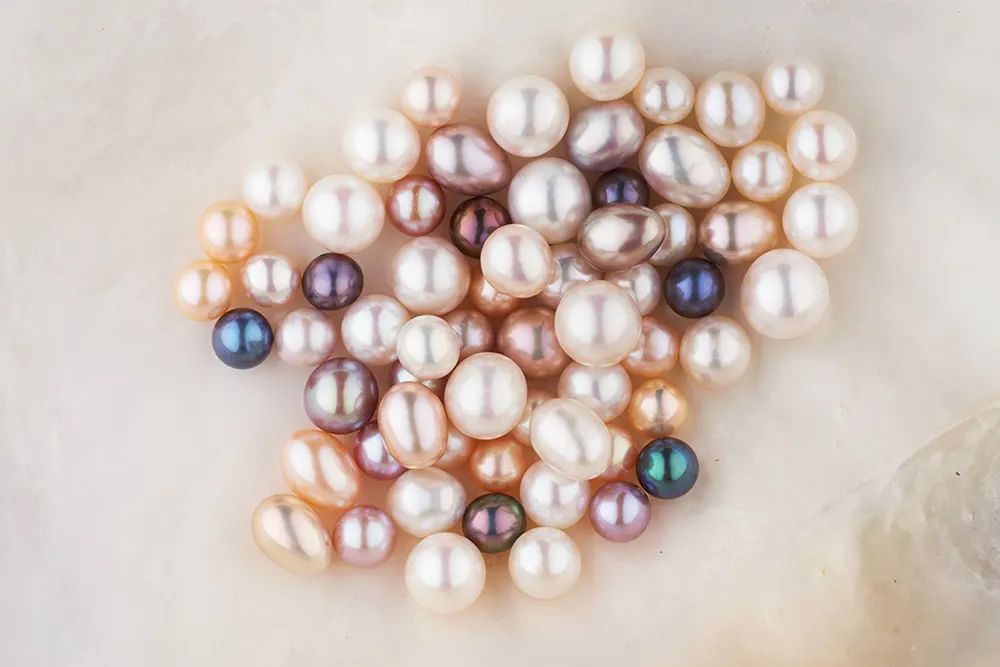 Pearls are glistening hard objects that are produced within the soft tissue of mussels. They are the only kind of gemstone made by living creatures and are classified as semi-precious gems. They consist of a nacre, also known as the mother of pearl, which is mainly formed of calcium carbonate (CaCO3) in crystalline form.

There are natural pearls created naturally in the oceans, rivers, and lakes, and there are cultivated pearls, either created by a mussel farmer or oyster farmer under conditions that are controlled in the same environments as the natural pearls.

Two very different groups of bivalve mollusks can be used to farm cultured pearls: the freshwater river mussel and the saltwater pearl oysters. Cultured pearls are introduced into the mussel by a foreign object which then forms a pearl substance around the object, layer by layer.

The longer the growing time, the more layers and the higher the quality of the pearl. Pearls are grown in salt water for about 1-4 years and the plantations are mainly located in Japan and China. Cultured pearls are judged on quality in the same way as natural pearls, that is, according to their size, evenness, luster, and color.

Differences Between Freshwater and Saltwater Pearls

By reading so far, we are sure that you’ve realized that the basic differences between the two pearls are that the freshwater pearls are those created in mussels in rivers and lakes. Most of them are formed in China’s freshwaters.

On the other hand, saltwater pearls are created by oysters in oceans and are generally grown in Australia, Thailand, Indonesia, and Tahiti. The high-quality Akoya pearls, which are one of the most popular varieties of seawater pearls are grown in Japan, China and Vietnam.

Besides the environment they are grown in, there are five other main differences between them.

The nacre of a pearl is important as it affects its durability and glossiness.

Freshwater pearls are quite the fashion statement because they come in a range of colors and a greater variety of shapes (round, oval, etc). This makes them interesting, appealing and sought after. Most of these pearls have a baroque shape since they are nucleated with a piece of tissue. The color of this pearl is usually a subtle pastel tone. They come in white, cream, pink, yellow, purple, and even orange shades.

Saltwater pearls are nucleated with a bead and therefore usually perfectly round but it is still the shape that is most in demand. Their most typical color is different varieties of white but they can be found in black (known as the Tahitian pearl) and in golden color (Golden South Sea pearl).

Freshwater pearls tend to be smaller in size since they are cultivated over shorter periods of less than two years. However, this is not the rule because in recent years some of them are left to grow for three to even six years, resulting in bigger pearls and quality that can be compared with that of the saltwater pearls. The size usually varies from 2 mm to 16 mm.

Saltwater pearls have abundant cultured pearl varieties, and their size ranges from approximately 2 mm to 15 mm. The South Sea pearls are among the largest of all saltwater pearls that reach a size of up to 20 mm.

Freshwater pearls are much cheaper and affordable than saltwater pearls. This is because they take a shorter time to grow and as freshwater mussels are larger, you can grow up to 40 pearls at a time. The largest production of freshwater pearl today comes from China and over 90 percent of the world trade in pearls is done with freshwater pearls.

However, since saltwater pearls offer more distinct and appealing colors, luster, and unique characteristics, the demand is higher and this dictates a higher price.

For the ultimate jewelry lover, pearls are a staple accessory that your wardrobe cannot go without. However, knowing the differences in the various types of freshwater and saltwater pearls is indispensable if you’re looking to become a true connoisseur.

A common misconception is that freshwater pearls are not real and are artificial but they are as genuine as saltwater pearls. The price of the pearls is different based on properties such as shape, color, size, and luster. In the end, it is up to you, as a consumer, to decide what attracts your attention and what you like. There is no right or wrong when choosing, the main aspect is for you to choose a good quality pearl.