How Do I Trap an Iguana? The Essential Guide

If you’re old enough to remember, most people remember the iguana from the show The Magic Schoolbus. That smart little reptile had loads of adventures with the kids and made us all want one.

For many people that became true, because iguanas soon became one of the most frequently sold exotic pets. But this ended up causing a significant problem, especially in South Florida. Now, escaped or released iguanas have created invasive populations there that are creating issues for infrastructure and other native species.

Because of their invasive status, the only law that covers them is the Preventing Animal Cruelty and Torture Act, or PACT.  This means they can be hunted, captured, and humanely euthanized.

If an iguana population has decided to take up residence around your home, here is the essential guide to trapping or deterring them. 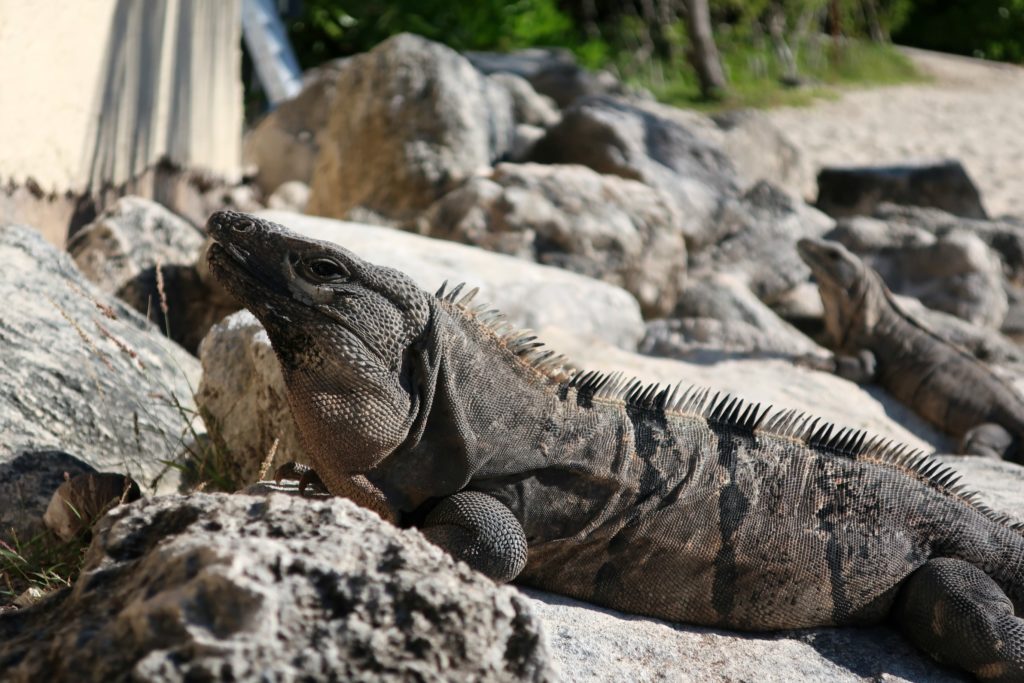 These love to feast on most vegetation because they are herbivorous. They are also creatures of habit, and these you can use this as an advantage. Laying traps and snares for them is a great way to get rid of them in your area.

A snare works with using a noose mad of wire or strong string to catch the animal around the neck or body. The best ones will allow freedom of movement, but not enough for the iguanas to escape. These should be placed in areas they are regularly sighted and checked regularly.

If you decide to use a cage instead, you must lure them into it. This is where bait such as mangoes and bananas can help to capture them. Just like with snares, the cage should be checked regularly.

When it comes to deterring iguanas, there is a bit more tedious work involved. Iguanas eat most vegetation and love certain kinds of tropical fruits. However, there are some that they are averse to, even so much keep them away.

Things like citrus fruits, Milkweed, and some toxic plants can deter them from eating up your garden. Adding sheet metal to the base of tree trunks can stop them from climbing, and laying garden bed wiring can stop them from burrowing into the ground and undermining infrastructure.

This may seem daunting, but it certainly can be done. If not by yourself, then by the guys at Iguana Control, who can give you a free quote on what needs to be done in your yard.

Rid Yourself of an Iguana

An Iguana is mostly harmless, but it can be detrimental to your property. Keep them from getting into your yard by trapping them or deterring them from coming near your property.

There are humane ways of getting rid of them and you can do them easily. You shouldn’t have to live with iguanas ruining your yard.

For other great articles like this one, be sure to browse the rest of our blog.