In spite of the fact that he only appeared in the first episode of the Skywalker Saga, Darth Maul has become one of the most popular villains in the Star Wars universe. If you haven’t ravenously consumed all the material in the expanded Star Wars universe, you might have missed out on parts of his story. Here are three things you might not know about Darth Maul. 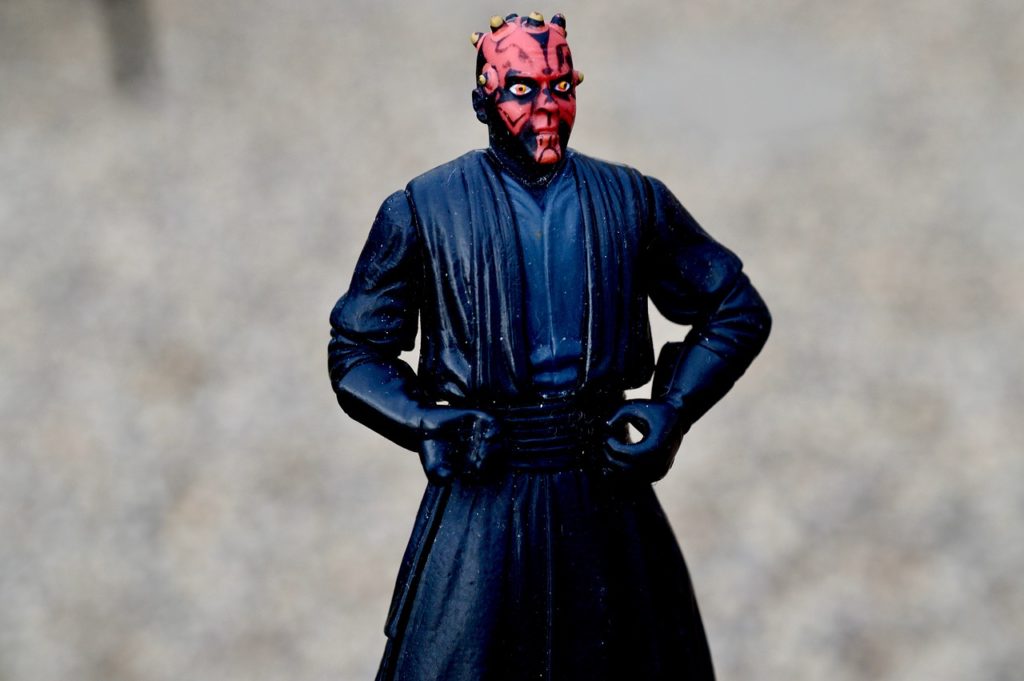 He Didn’t Die on Naboo

If the last time you saw Darth Maul was when Obi-Wan Kenobi cut him in half, sending his respective pieces tumbling down a nearby shaft, you could be forgiven for thinking that he died on the planet Naboo in “Star Wars: Episode I – The Phantom Menace.” However, driven by his hatred of the Jedi, Maul survived by reconstructing the lower half of his body into a spider-like droid from parts he found on the junk planet of Lothor Minor, where his severed body was dumped. He lived on a diet of vermin and descended into madness over the course of the next decade, before being found by his brother, Savage Opress. His brother took him back to his home planet of Dathomir, where the Nightsister Mother Taizan helped to restore his mind and body.

The Markings on His Face Are Tattoos

Other than Darth Maul’s lightsaber, his most distinctive feature is the black and red markings on his face. Because the aliens in the Star Wars universe often have colorful markings, it is sometimes hard to know what is a natural feature and what is adornment. In Maul’s case, those distinctive markings are the traditional tattoos of his homeworld Dathomir. Maul received his first set of tattoos from his mother before his first birthday and continued to accumulate them throughout his life.

He Constructed His Double-Bladed Lightsaber To Win a Fight

Darth Maul was the first character to appear in the Star Wars film series with a double-bladed lightsaber. Darth Maul’s lightsaber was constructed specifically for the purpose of giving him an edge against a physically stronger Jedi Master by the name of Siolo Ur Manka. Maul crafted the weapon by fusing two single-bladed lightsabers into one. He continued to use this double-bladed weapon until it was cut in half by Obi-Wan Kenobi.

In spite of Darth Maul’s relatively brief appearance in the film series, there is a lot to know about this mysterious warrior. These three Darth Maul facts only scratch the surface.