Over winter break, we were trying to find something for the kids to do, and since we hadn’t been tubing in a while, we decided to check out Hunter Mountain. You should check online first to make sure that there are tickets available, as some of the tubing times were full.

We prepared our snow gear and headed out.  From the Capital Region, the drive is almost 1.5 hours.  We left a little early to take into account any kind of parking issues or waiting in line.  The drive went smoothly, although the route we took there led us through the Kaaterskill Falls area, which is quite narrow and winding.  On the way home, we took what I thought was an easier drive back to the Thruway.

When we arrived, we pulled in the main entrance for Hunter Mountain.  The parking lots seemed at capacity and there were police cars directing traffic.  There was a large sign pointing to the right for “Tubing” and “Parking”, so we followed the arrow, but it took us past the Hunter parking lots into a neighborhood, so we turned around and took another road that we could see was heading towards the tubing hill.

We were able to park fairly close to the tubing hill.  The parking lots were extremely muddy, which I guess is to be expected with a day with temps in the 40’s. 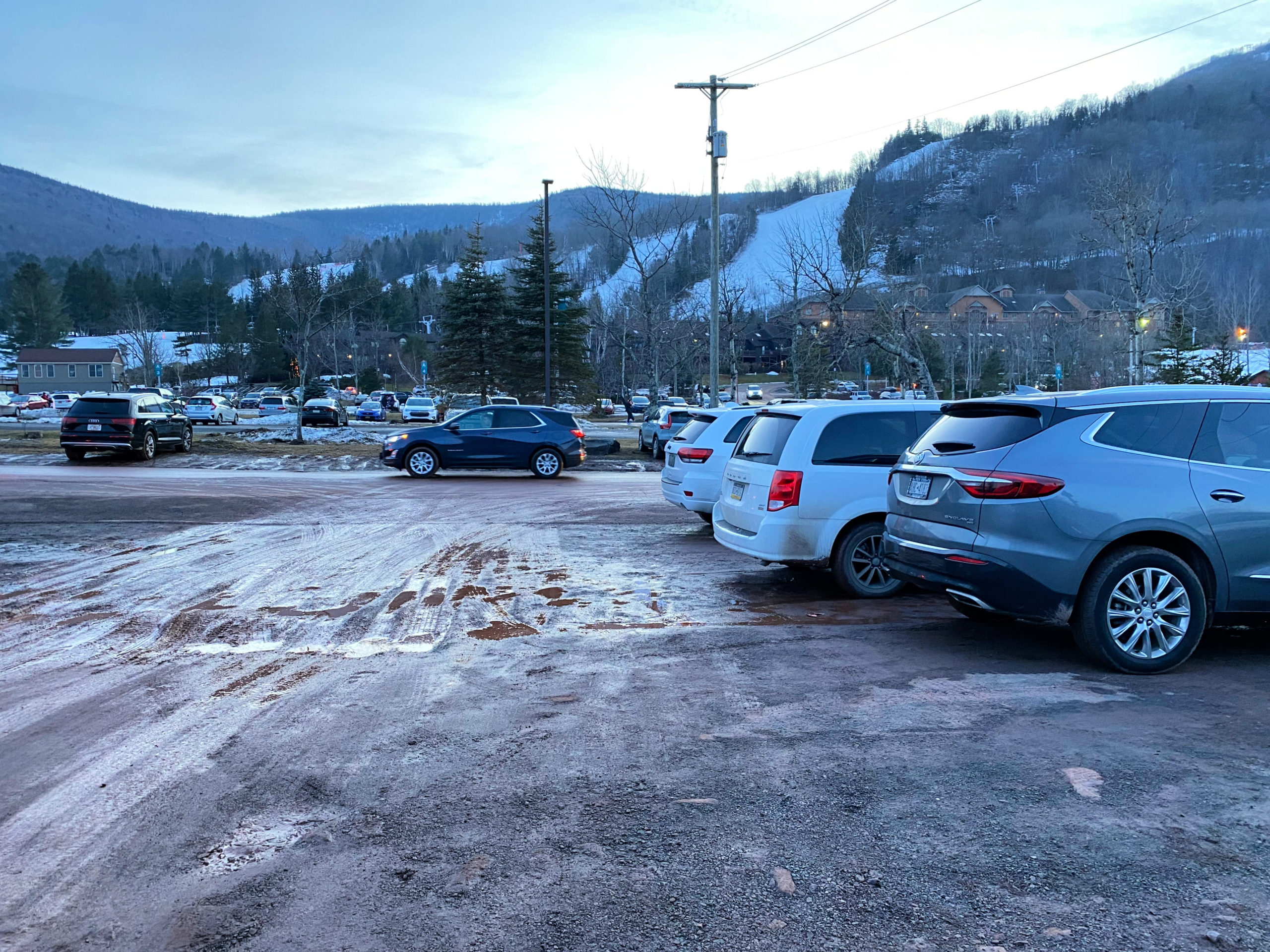 Check-in at the ticket window went smoothly, and the kids were given passes to attach to their jackets. 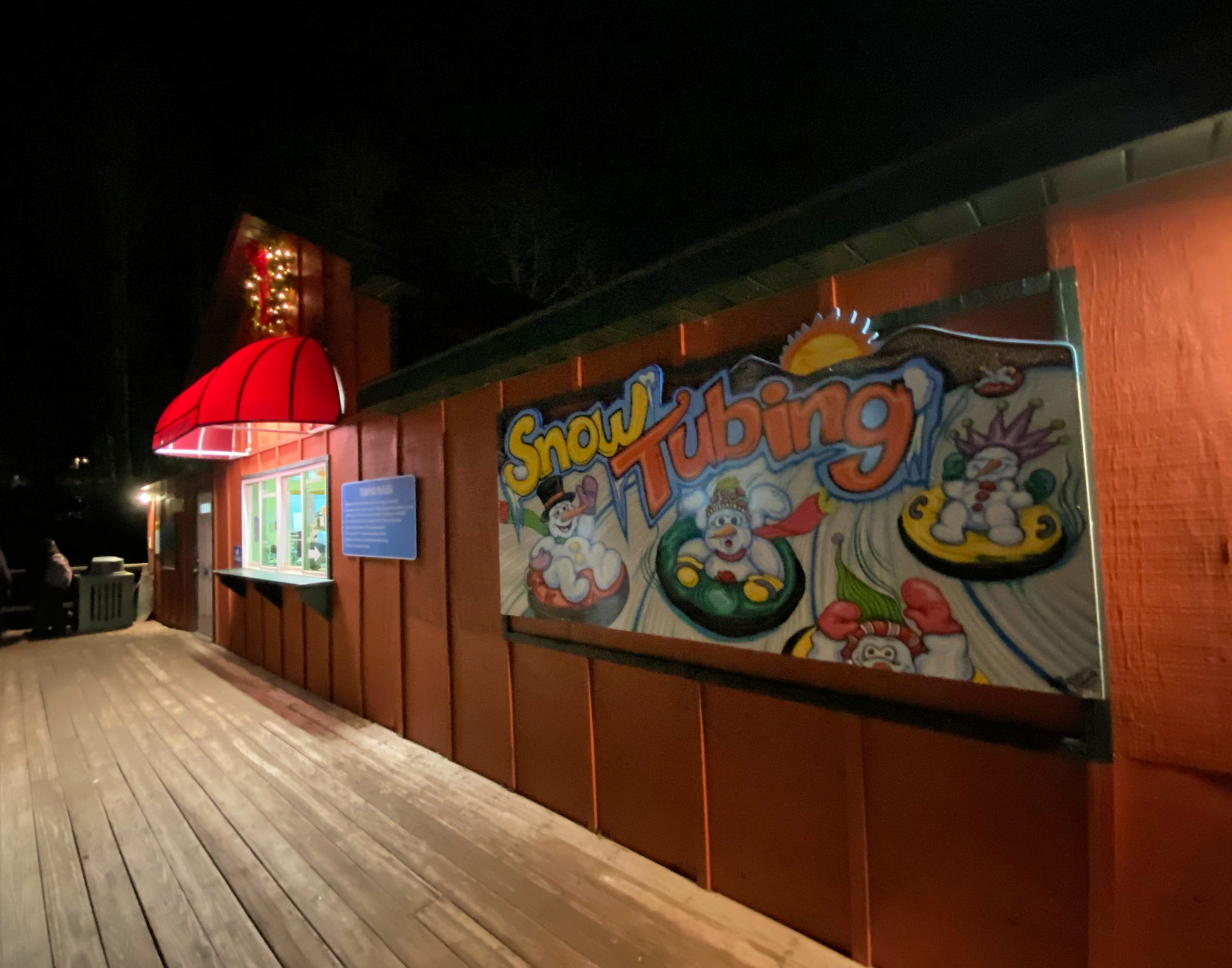 Our tubing session was 5-7pm, and we could see the line was quite long, so we tried to find some tubes so that the kids could get in line.  There is a tubing return area, but there was only one tube there covered in mud.  We decided to wait there, and some employees called out to us who were sitting in the tubing storage area, telling us we would have to wait until 5 for tubes.  Eventually some tubes were returned, but the line took 15 minutes to get to the top, so the kids weren’t able to start tubing until about 5:15 anyway. 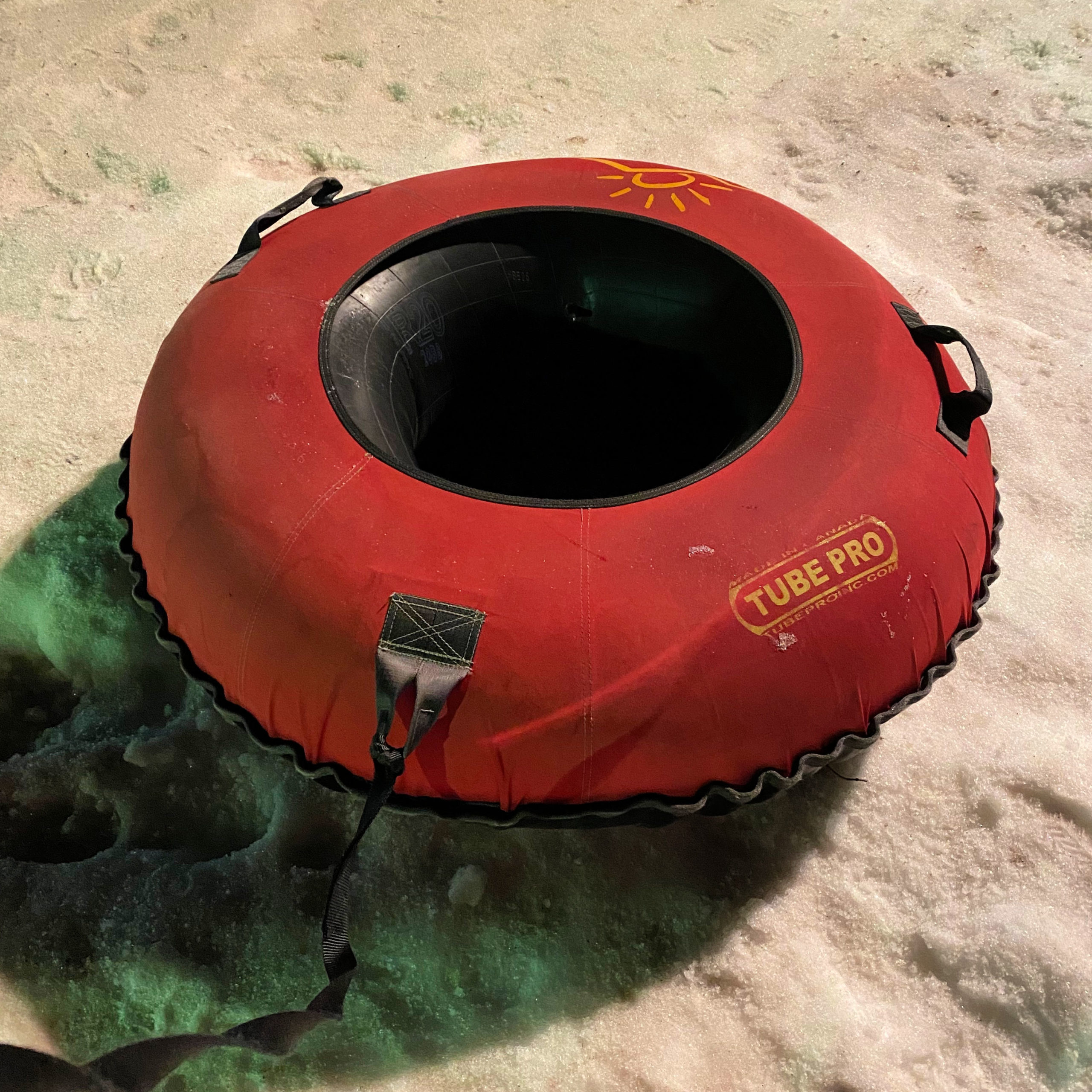 You can see how long the line was in this photo. 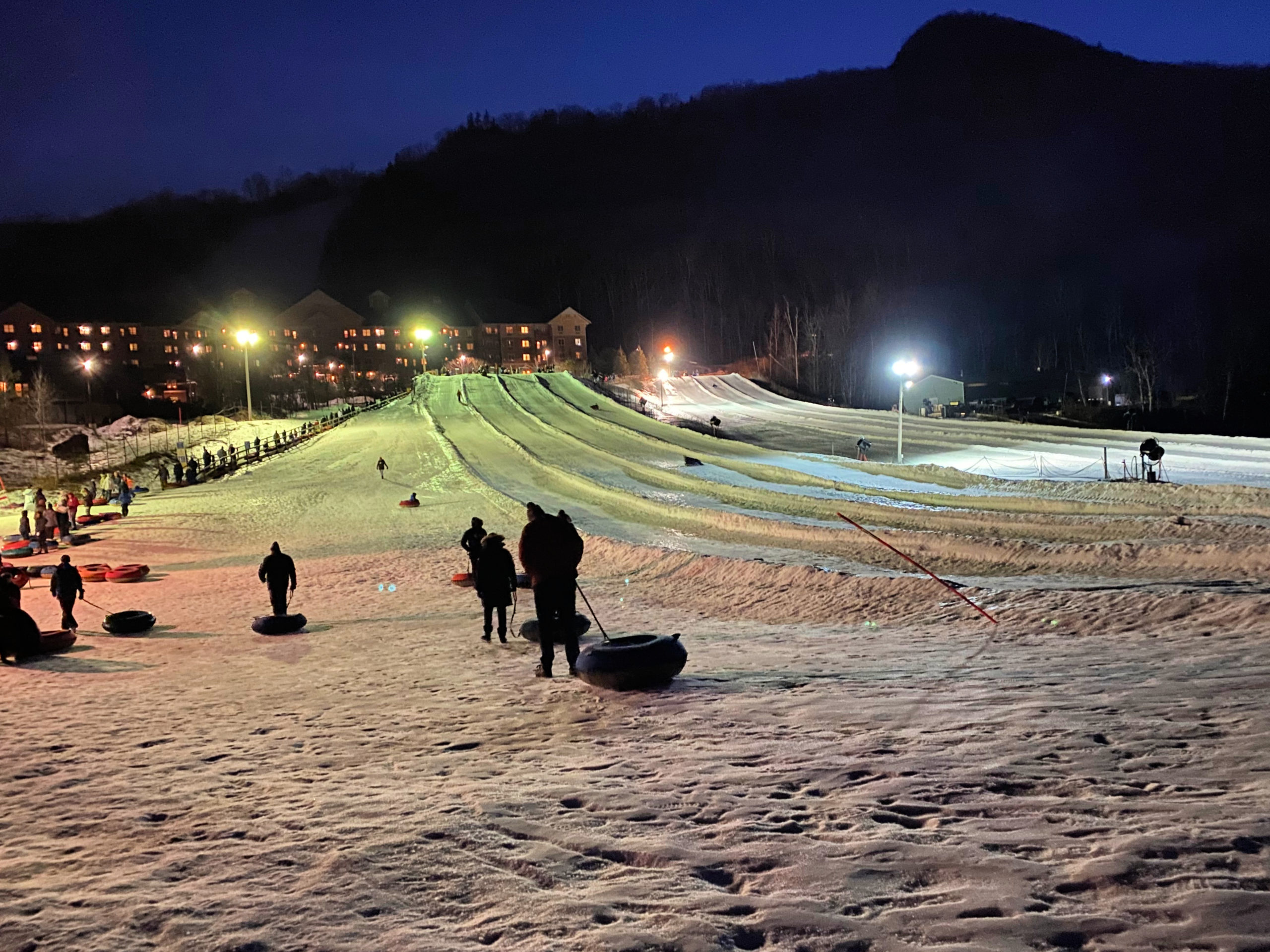 The kids got in some runs, and the tubes went pretty fast on the hill. 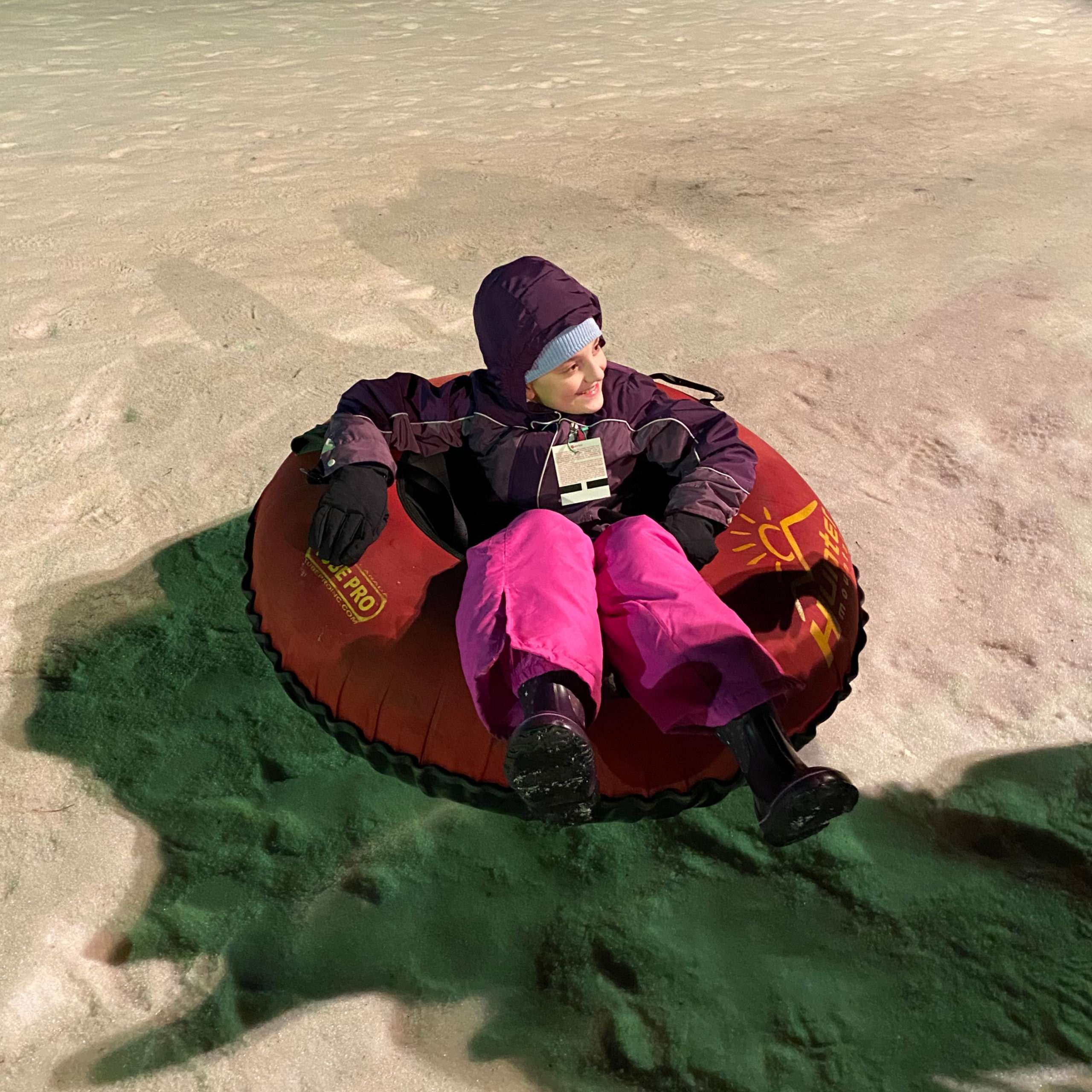 There is a small building where you can warm up, and there are restrooms, lockers, food, and seating.  It was quite crowded, and much of the time, there was standing room only. 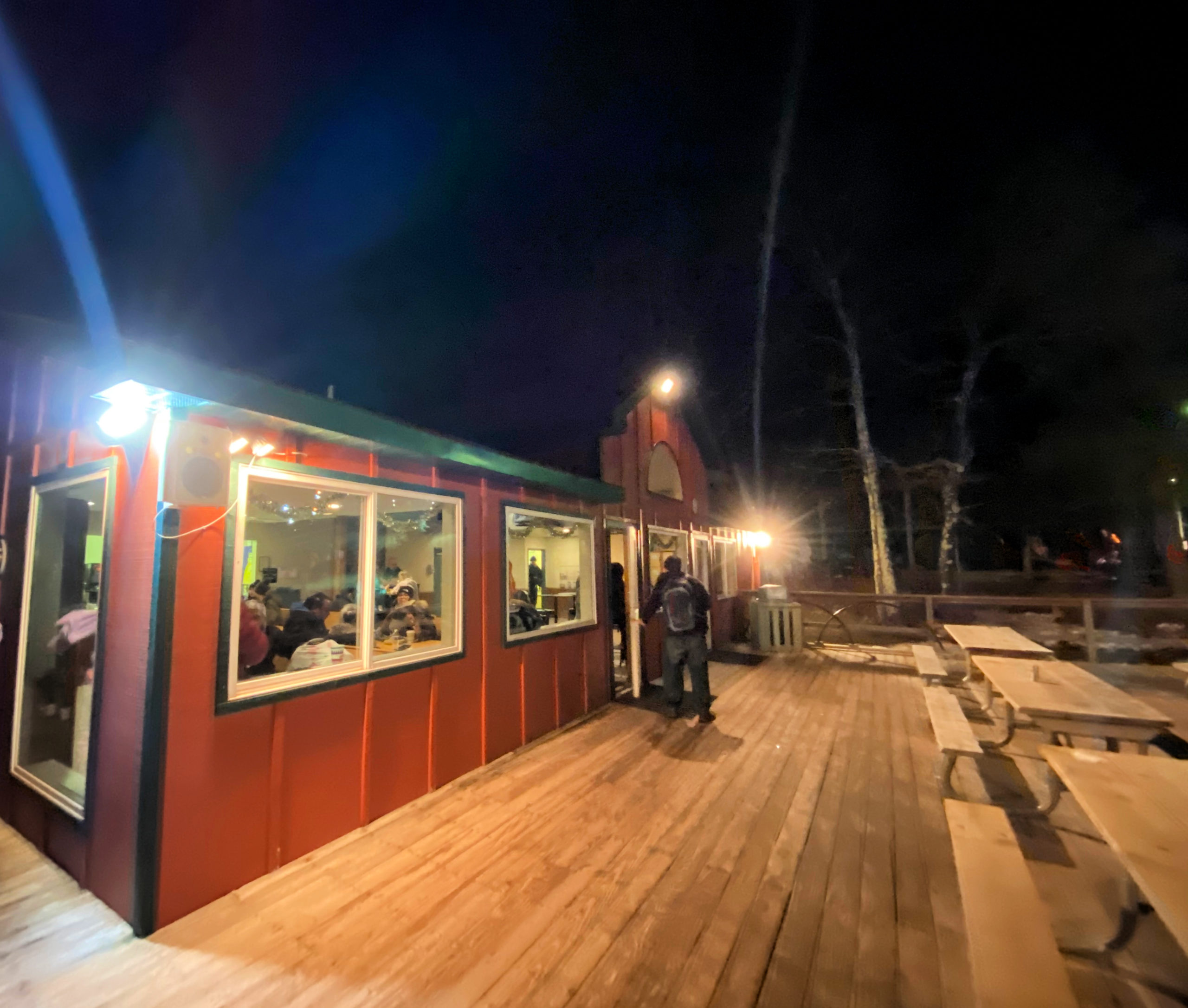 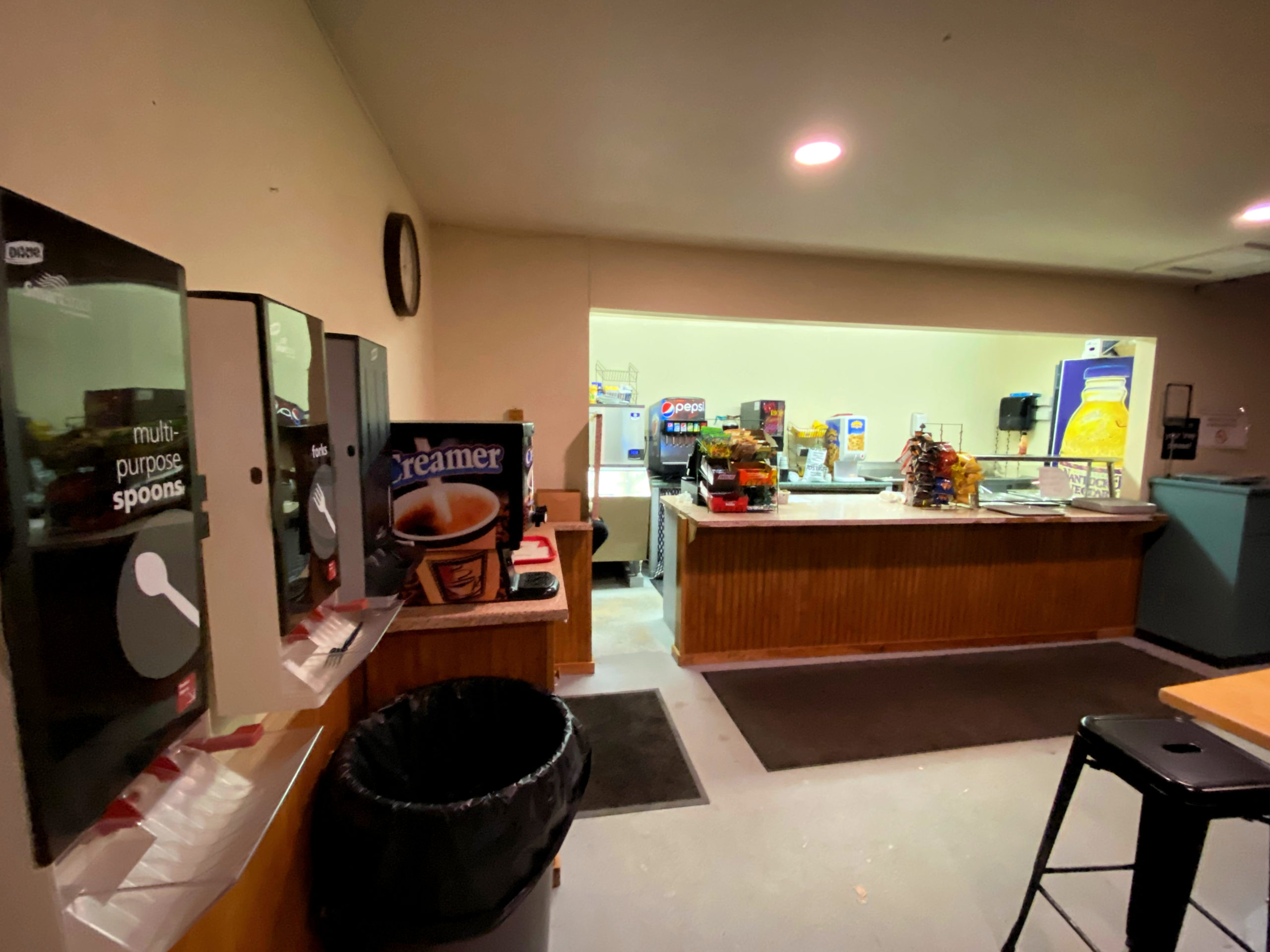 There is also a fire pit there, although it was so windy, it was hard to enjoy any heat from the fire. 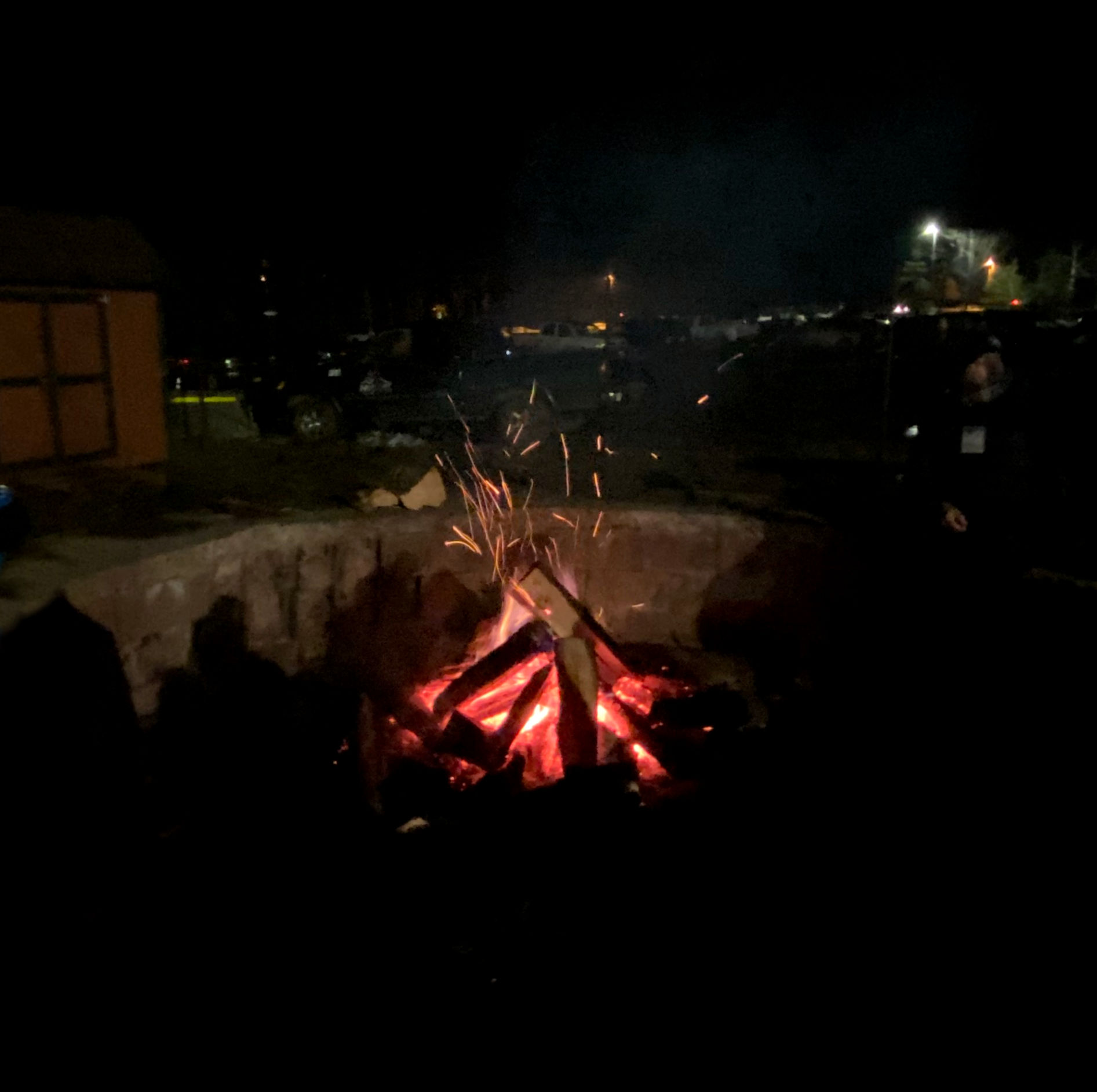 The temperature dropped and the wind picked up, and the kids started getting cold, so after just over an hour, we decided to head out.  It did seem like there were less people at the tubing hill around when we left, by 6:30pm, and the parking lots had cleared out.

Check out Hunter Mountain at https://www.huntermtn.com/ 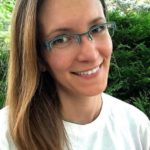