7 Fantastic Ways To Teach Your Kids The Value Of Money

Money is an essential resource and one that every family has to manage efficiently. However, the budget stuff is left to the adults and the kids get to watch TV or play with friends. While the thought of boring them with grown-up ideas seems over-the-top, there’s no doubt that children must learn the value of money. Without an appreciation of hard work and spending wisely, they’ll be applying for loans from the bank of “Mom & Dad” forever!

As a parent who wants to let their kids enjoy their childhood, you should focus on striking a balance between work and play. Sure, the fact that they have no responsibilities is refreshing; still, you can’t afford them to be naive or ignorant. The excellent news is teaching kids the value of money is straightforward when you understand the methods that work. And, it’s not as if they are tough to implement.

Continue reading to find out more about the options on the table and how they’ll get the message across.

You might not think that your kids understand how money works from a young age, but you’d be mistaken. Studies show that children are financially-savvy by the time they reach seven, which isn’t old at all. By this, the habits they form are based on the things they see their parents and relatives do.

Inevitably, this should alert you to the fact that you’re a role model who has to lead by example. Otherwise, your kids could pick-up habits that put their finances in jeopardy in the future. But how do you set an example worth following? Well, one answer is to stop using your card for every payment. Watching you withdraw cash or writing a check is a learning tool, and it lets you explain why you’re using the method.

Also, try not to argue about your finances too much, especially if the kids are present. Yelling over money will reinforce negative stereotypes and might make their attitudes towards cash unhealthy.

Encourage Them To Save

An excellent way to lead by example is to use a ‘savings jar.’ All you need is a clear container with a money-shaped slot. Then, anyone can throw in their spare change and contribute to the pot. The reason that this technique works is two-fold, and the first point is straightforward: it’s concrete. Watching you and the rest of the family put money in the jar shows them that you have to be proactive with your pennies to build a decent nest egg.

Secondly, it gets them into a routine that should last them into adulthood. Practice makes perfect, and putting spare change in a money jar is an ideal way to practice for later life. Don’t forget that this tactic doesn’t differentiate between coins and their value. Everybody, including kids, knows that big notes are valuable, yet the same isn’t true of the smaller denominations. A savings jar quite clearly shows children that every amount is important and makes a difference.

Some denominations merely take longer to accumulate. Real Simple has excellent inspiration for starting a savings jar if you need it.

“I want this!” It’s a phrase every parent has heard and continues to hear regardless of your kids’ age. The older ones are just better at phrasing it in a way that sounds less annoying! The thing is, demanding a product or service isn’t going to get them far in life. Moms and Dads might enable their kids, but other people won’t go along with the charade. Therefore, they must get to grips with the fact that things cost money, which is where the math comes in handy.

Asking your son or daughter to calculate the price of the item they want should put the monetary value at the forefront of their minds. Physically making them take the money from their piggy bank and handing it over to the cashier will further ingrain it in their mind. As well as making them more aware of costs, the process should introduce them to opportunity versus cost. If they only have $10 and they want two things that are priced at $6 each, they’ll have to make a choice.

Again, it teaches kids that you can’t have everything, no matter how much you desire it. 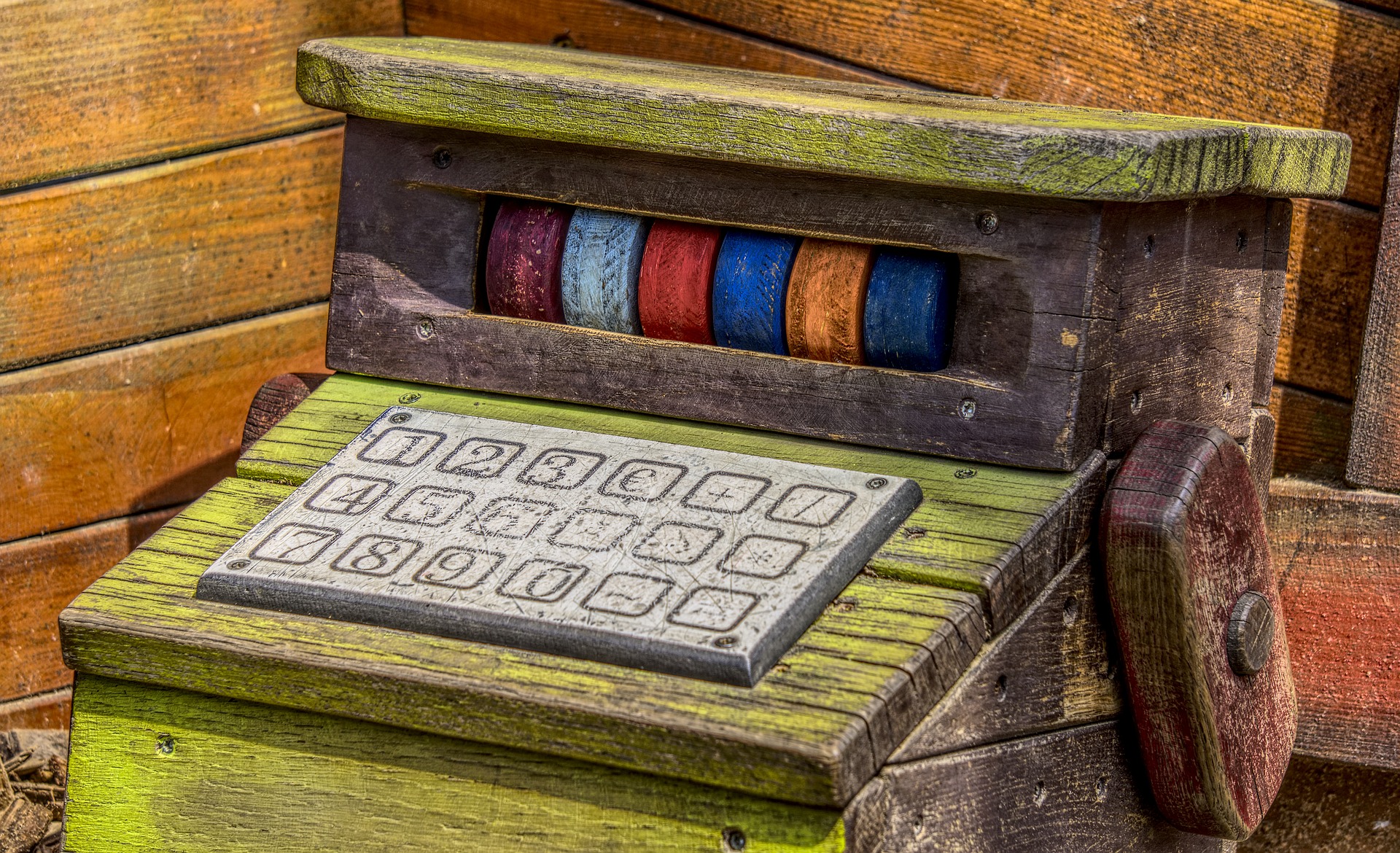 As children get older, they begin to understand the art of leveraging their parents. In layman’s terms, they use emotional blackmail to get what they want because they know their mom and dad feel guilty. And, there is nothing wrong with feeling that way – all parents do as it’s an occupational hazard of wanting to give them the world.

Sadly, you can’t throw money around without factoring in your incomings and outgoing. Of course, they don’t see that – they see a quick way to get new sneakers or an upgraded cell phone. It’s for this reason that you shouldn’t give in, even if you feel terrible inside. Breaking down makes them less content about the things they already own, which is a bad precedent. Why? It’s down to the fact they’ll buy whatever they want, regardless of whether the purchase is necessary.

So, the next time your teenager points out their friend has a better car, respond with a question. “And, how does that make your car any less practical?” Teaching kids that price tags don’t make items valuable should make them more content with their lot.

You can do everything on this list and still not teach your children the correct value of money. The reason why is explicable in one word: allowance. Although kids aren’t part of the workforce yet, there’s no logical reason to give them money for being alive. Yes, they need a bigger budget as they age, but it shouldn’t be a blank check.

To teach them the value of their allowance, you need to make them work for their money. Now, this doesn’t mean they must get a job to continue living under your roof, although some parents do see the benefits in this attitude. Instead, you can get them to pitch in around the house, such as completing household chores. When you pay them for doing the dishes or taking out the garbage, you’ll encourage a healthier work ethic.

The concept of making them work for their allowance helps children to see that money isn’t handed out as if it grows on trees.

Kids have a habit of asking their parents for things, and it isn’t healthy. You’re not always going to be around to act as their financial safety blanket, which is why you need to make them pay. For starters, it prevents them from buying things that they can’t afford, and that’s a massive problem with adults. If they don’t have the cash, they’ll have to wait until they find the money.

Secondly, it also teaches them the value of responsibility. Paying for a phone contract means that they must budget their earnings each month so that they don’t get cut off by the provider. Of course, there’s nothing wrong with giving them nuggets of advice and helping them choose a relevant contract. SMARTY mobile is well worth checking out if you and your child are searching for inspiration. Still, there’s a huge difference between offering your advice and then taking on the responsibility of paying for the phone and contract.

The same logic applies to a car. Okay, you might think it’s an investment to pay for their insurance costs, yet they should find the money for the vehicle itself. Making them pay eliminates the need for handouts, which don’t come often once kids leave the safety of their parents’ home.

Show Them How Credit Works

Credit card and finance agreements are hurdles that not many parents want to deal with regarding their kids. Often, moms and dads decide it’s healthier if kids don’t know about them in case they make life-changing purchases from an early age and ruin their credit. You can see where this theory comes from because children aren’t very mature. However, it’s shortsighted as the gap in their knowledge might come back to bite them later on down the line.

As a parent, you must provide them with the tools they need to succeed, and a credit card falls into this category. With this in mind, you should show them how credit works and the pros and cons. Yes, it’s a separate line of finance that is vital in some areas of life, but it also comes with risks, such as a high rate of interest. By reinforcing that they must pay off the debt each month, they shouldn’t encounter too many issues.

A tip: don’t gloss over 0% interest rates. Unfortunately, people abuse offers and end up in a worse position due to the length of the promotion.

Teachers don’t teach them these sorts of things in class, so it is your job. Are you doing enough to ensure they’ll be respectful later on in life?