While visiting Washington and the Oregon Coast, we wanted to check out different beaches so we could explore and check out tide pools as well.  We had heard about Hug Point, which has an interesting history, and is only about 5 miles south of Cannon Beach (home of the famous Haystack Rock).

It is easy to get to, although you have to keep an eye out for signs as you wind along the Oregon coast:

We were able to find parking in the busy lot in mid-August.  This is a popular beach, with hundreds of thousands of visitors per year.

We first explored the beach, small waterfall, and cave area.

In mid-August, the temperatures were comfortable, but it was windy and I found myself wearing long sleeves and pants to stay warm.  There were kids here wearing swimsuits, but the water is quite cold!

There was a small trickle of a waterfall since August is in the dry season.  There are other months where the water is flowing much more abundantly in the creek.

We climbed up to the top of the little waterfall, checking out the stream above.  We weren’t able to follow it far, as the vegetation is thick along the stream.

There were also some caves along the shore.  There was no water near this cave so we checked it out. 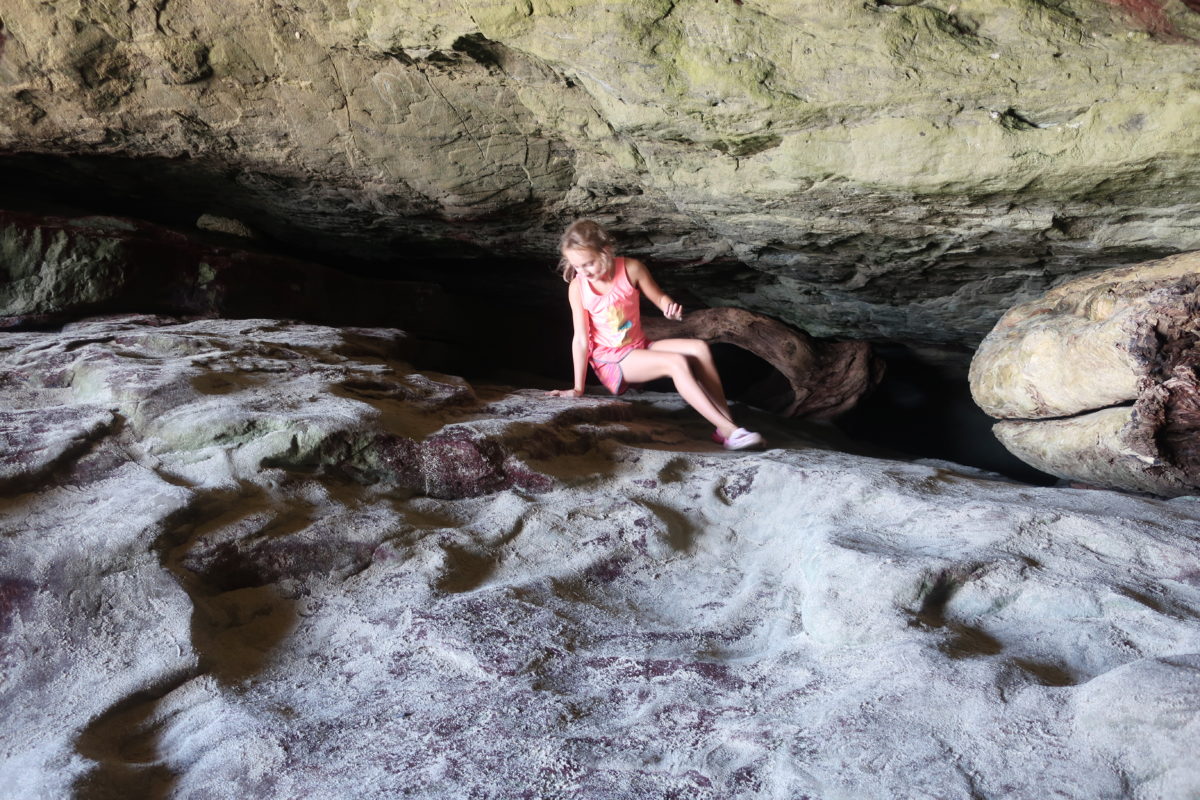 Hug Point itself is a rock formation that juts out into the water.  We tried to visit at low tide, but it was hard to time it just right.  We were able to walk almost all the way around to the beach on the other side, but the tide was coming in.

Imagine traveling by stagecoach along the beach.  Before the highway was built, the beach was the only way to travel along this stretch of coast.  North of the parking area at low tide you may walk along the original stagecoach road, still harboring the wheel ruts carved into the rock.  Pioneers traveling around this headland had to hug the point carefully, even at low tide. Thus, the point and the park are both aptly named Hug Point.

You do have to be careful that you don’t get stuck on around the point with the tides coming in.  We walked around and back, being sure to keep an eye on the incoming waves. 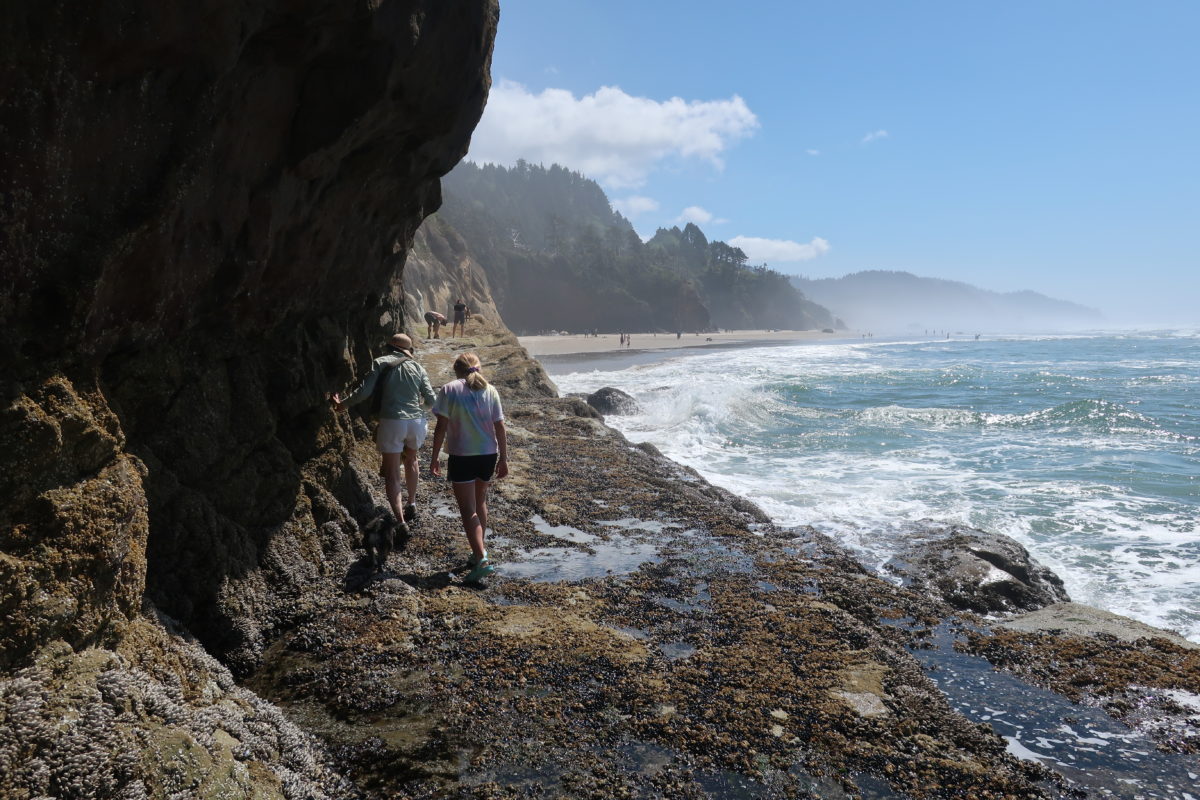 We were able to do a little bit of tide pooling along the shore. 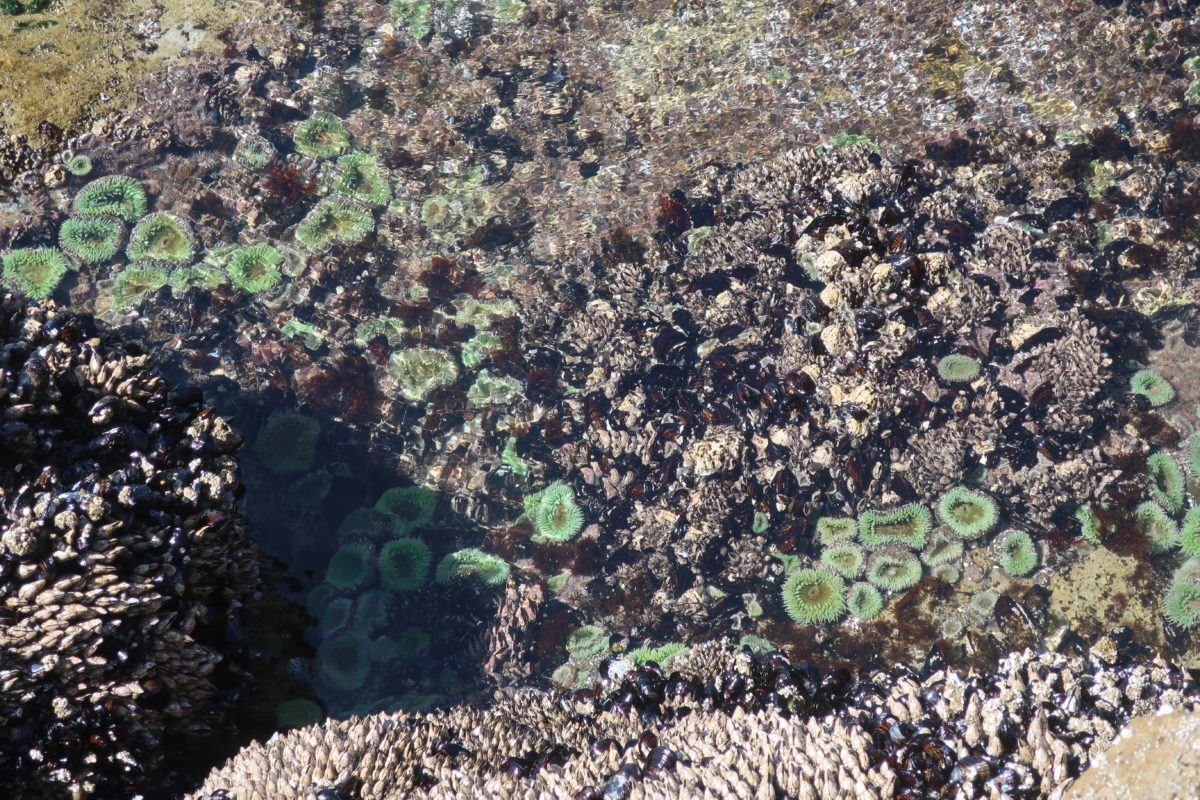 The views are beautiful here, looking out over the ocean. 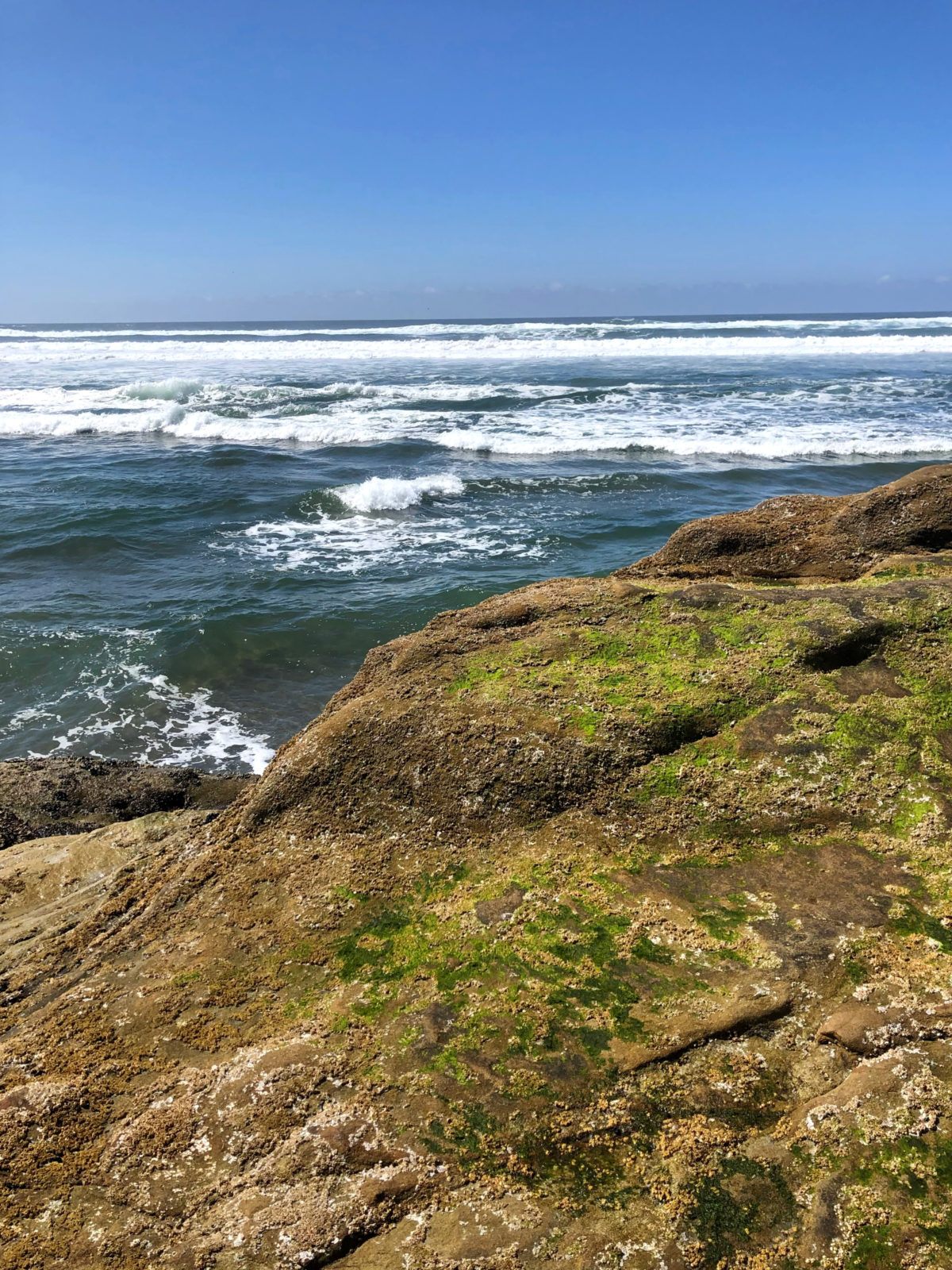 After walking around the point, we continued to explore the beach.  We did see some washed up jellyfish, but not much as far as shells. 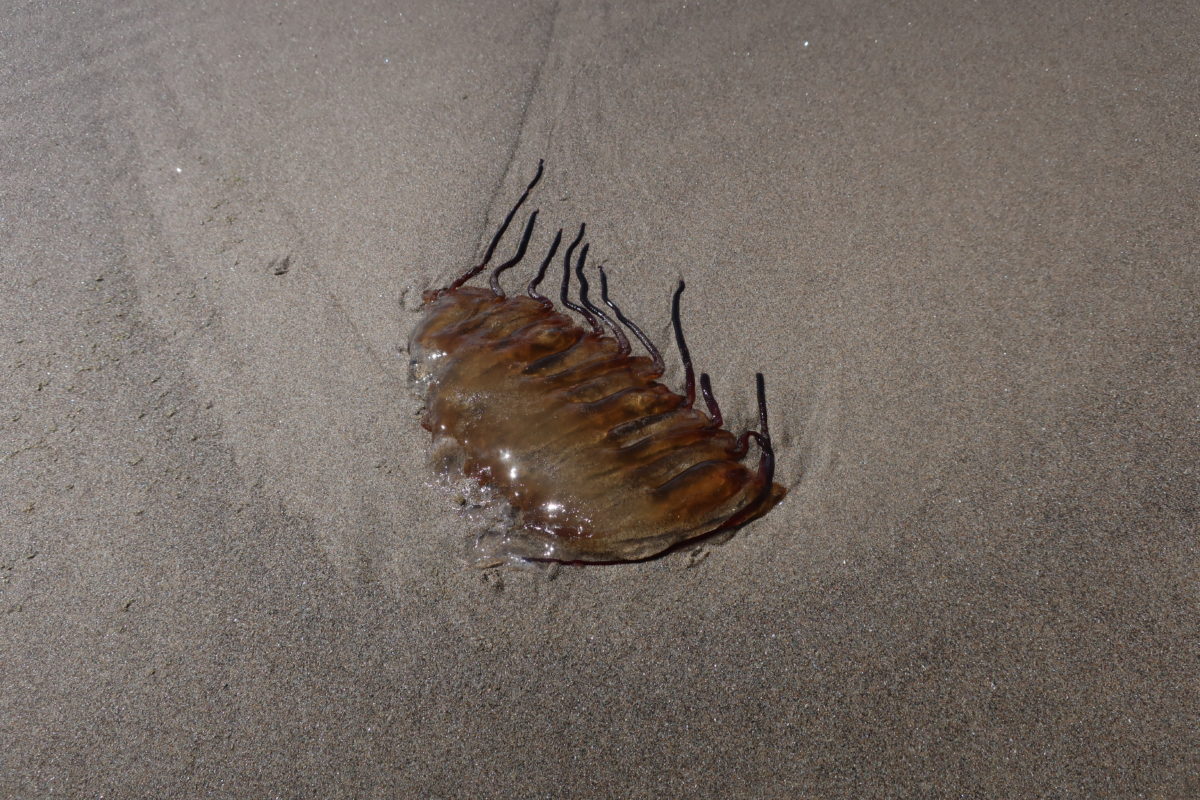 The scenery here is impressive, with cliffs that tower high up along the beach.

We were also sure to visit Haystack Rock at Cannon Beach nearby!

You can visit Hug Point Recreation Site at the Oregon State Park website: