Benefits of a Vegan Diet

Veganism is a lifestyle that strives to eliminate all forms of animal cruelty and exploitation, for food and any other purposes. With this in mind, the vegan diet excludes all animal products such as dairy, meat and eggs. For various reasons including ethical, health and environmental concern, there seems to be an increase in people deciding to go vegan each year. Veganism is easier on our environments and enables a more efficient use of our resources. It has also shown to improve lives in numerous incredible ways. Many people claim to not fall ill after going vegan and feeling healthier in their bodies. Here are some benefits of adopting the vegan diet. 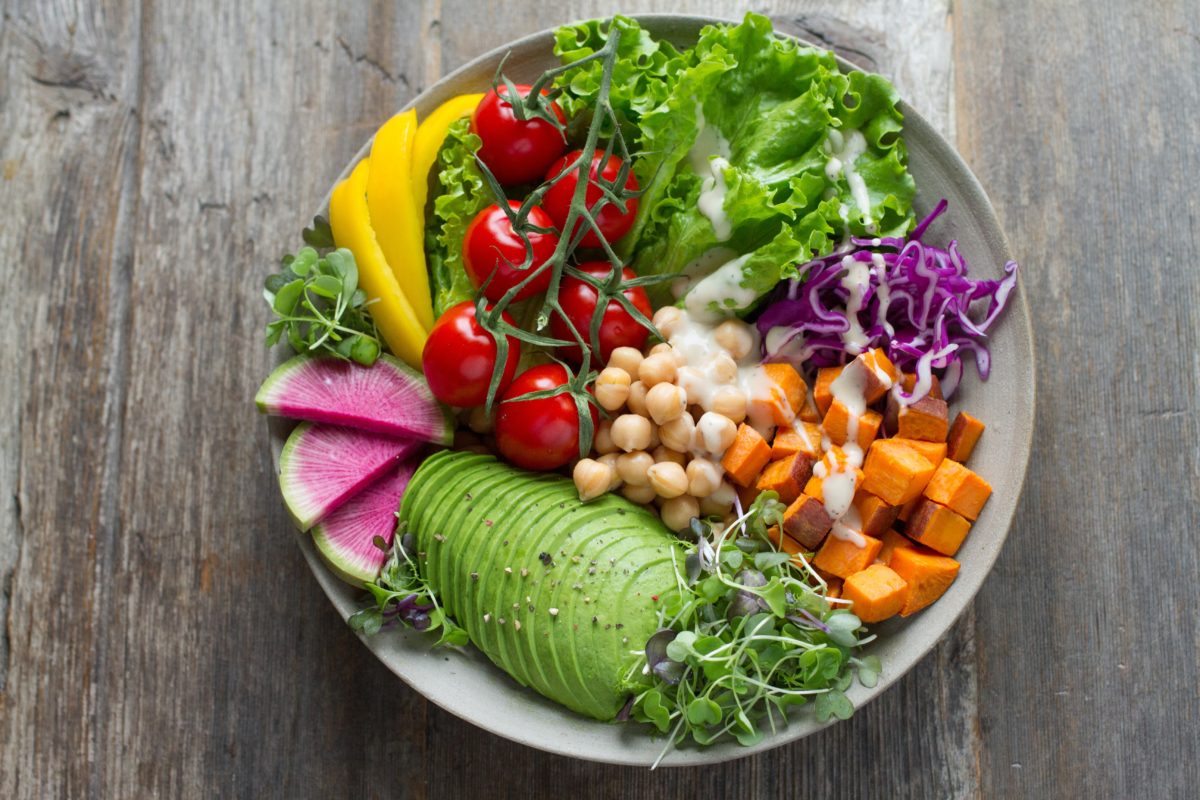 Impact on the Environment

The global population is estimated to reach 9 billion people by 2050. Correspondingly, the present levels of food production are impractical, and our environment will not be able to support it much longer. Unlike prehistoric times where eating meat was essential to our survival, we live in the age that offers various alternatives. In this regard, the vegan diet preserves natural resources and causes lesser damage to the air quality. A large shift to vegan lifestyle can be an efficient approach to reducing the strain on our environment. Check out this blog about environment and eco-friendly living for more information.

The plant-based vegan diet has repeatedly been linked with plentiful health benefits. The diet may lower the risk of mortality from specific illnesses including hypertension, stroke, obesity and certain cancers. It has also been linked to a lower risk of cardiovascular disease and appears to lower blood sugar levels and improve kidney function. The vegan diet has shown to have positive effects in people with arthritis. One study indicated that people with arthritis on the plant-based vegan diet reported higher energy levels, lesser pain and greater improvement in symptoms including joint swelling and morning stiffness.

We often underestimate the inhumane animal agricultural practices and may have misconceptions about the ways that animal products are acquired. Factory farming, however, emphasizes on production and profit and has become a disturbing industry. While factory enables the most economical prices and makes the most profit, some of the most severe instances of animal cruelty happen for food production and occur in factory farming. Everything boils down to the money involved, leaving the workers and animals highly ill-treated. Such competition makes it almost impossible for smaller enterprises to survive and for anyone to offer more humane alternatives since it is not as profitable. Many animal lovers decide to adopt a vegan lifestyle in order to not support such animal cruelty.

The vegan diet and the carnivore diet are practically the exact opposites on the spectrum.

Adopting the carnivore style eliminates high-carb foods, like as desserts and sodas, that often have minimal beneficial nutrients and high calories. The carnivore diet consists entirely of animal products including meat, fish, eggs and specific dairy products. The diet cuts out all sugar and restricts all other foods such as vegetables, nuts, fruits, seeds, grains and legumes. Some of the benefits of the carnivore diet are as follows. 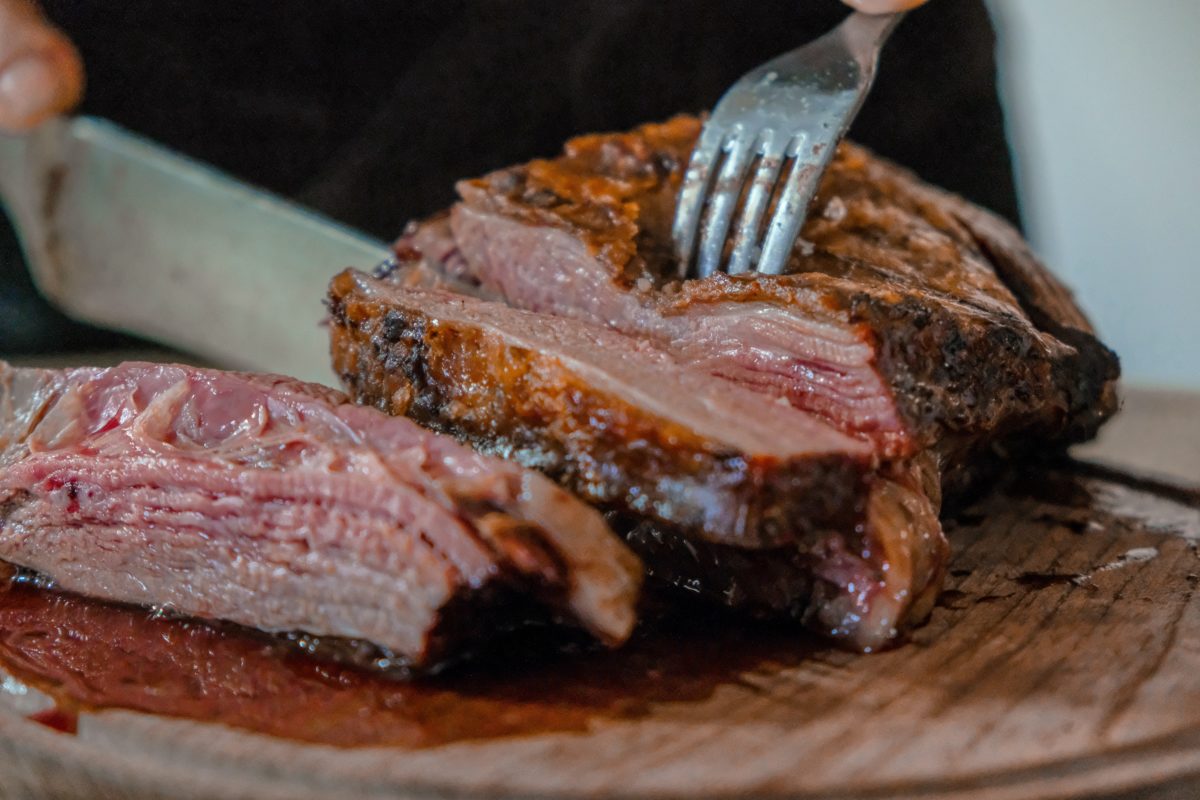 Protein rich foods are extremely satiating. Eating a huge steak, for instance, makes you feel full by sending signals to your brain that you have eaten enough food. Intermittent fasting isn’t necessarily a defining feature of the carnivore diet, however, people on this all-meat diet naturally take longer to feel hungry and find themselves eating in a shorter window bringing remarkable health benefits.

The diet unintentionally restricts calories by increasing your protein intake and reducing your carb intake. At the same time, it is also effective at reducing inflammation and relieving symptoms of autoimmune disease. Meat-based diets also restrict refined carbs which tend to damage the gut. It also cuts out all added sugar that otherwise has been linked to an increase in inflammation, weight gain and insulin resistance. Doing so enables people with diabetes to manage their condition since consuming such foods can spike blood sugar levels.

Beneficial for a Healthy Gut

A ‘low-residue’ diet is one that restricts high-fiber foods such as fruits, vegetables, nuts, seeds and whole grains. All-meat diets provide relief to the gut since it mainly consists of protein and fat and makes for a very low-residue diet. Such diets are frequently prescribed to reduce symptoms including abdominal pain, bloating, diarrhea, for people with irritable bowel syndrome. In addition, according to a study, you can observe significant changes to the gut microbiota within 48 hours of going on this all-meat diet. The carnivore diet results in lowering levels of microbes recognized to metabolize different plant fibers and increases bile-tolerant organisms. Gut microbiota is associated to practically every chronic inflammatory disease known, therefore, an impact on it can have direct implications on health and wellness. The carnivore diet has been associated as one of the few ways to reverse a leaky gut and other symptoms that intestinal permeability may cause.

Irrespective of whether your goal is to cure an illness, lose weight or muscle building, choosing the right diet and adapting to it can be the best thing you do for your health and wellbeing.