Fiddleheads Sautéed with Butter and Lemon I have been wanting to try fiddleheads for years, but it is a matter of finding them in season.  Fiddleheads are the young, edible frond of certain ferns, and as a local edible, they make for a nice spring tradition.  I recently found them at my grocery store, and was excited to try them. 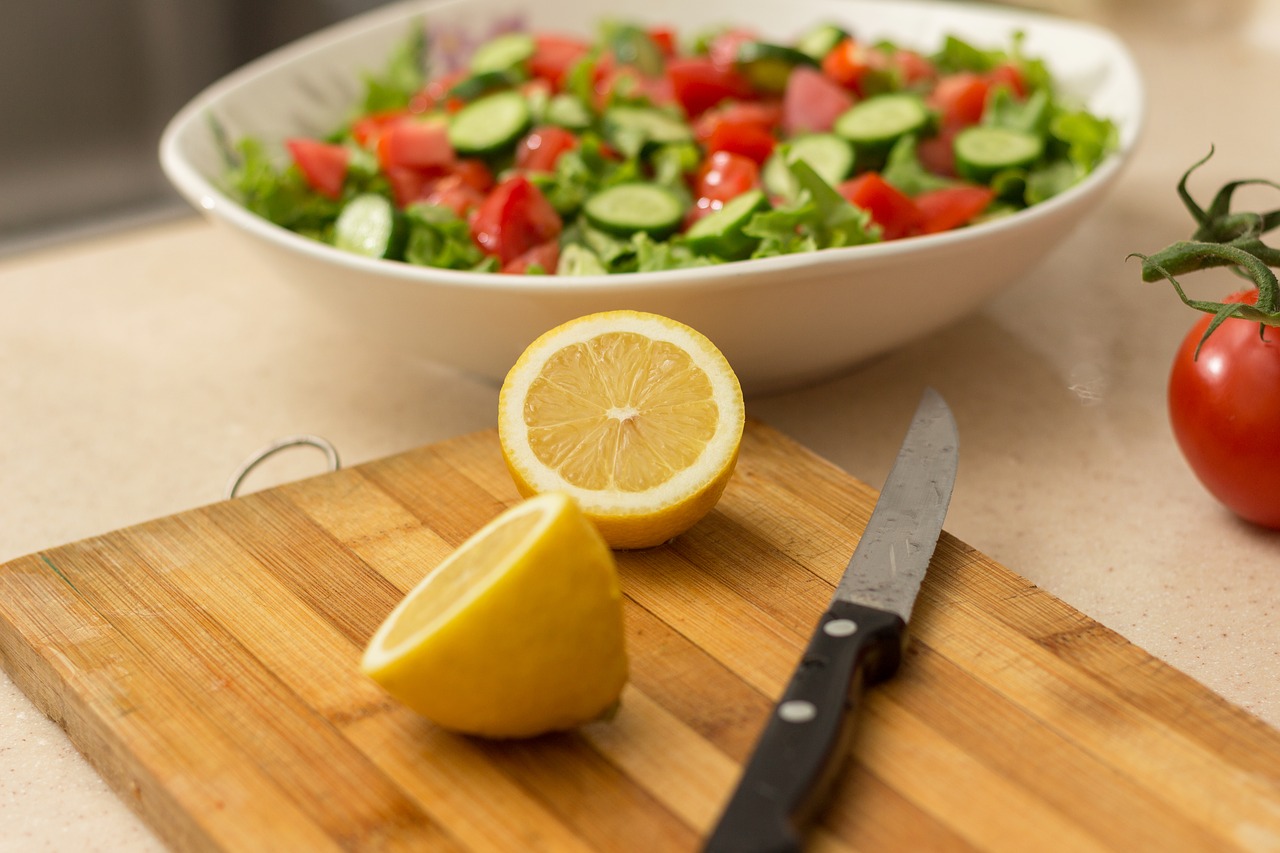 First I gave them a quick soak, and then ran them under water as I clipped off the ends.  I will say that despite my thorough cleaning, I did still notice some grittiness to the fiddleheads when I ate them later. 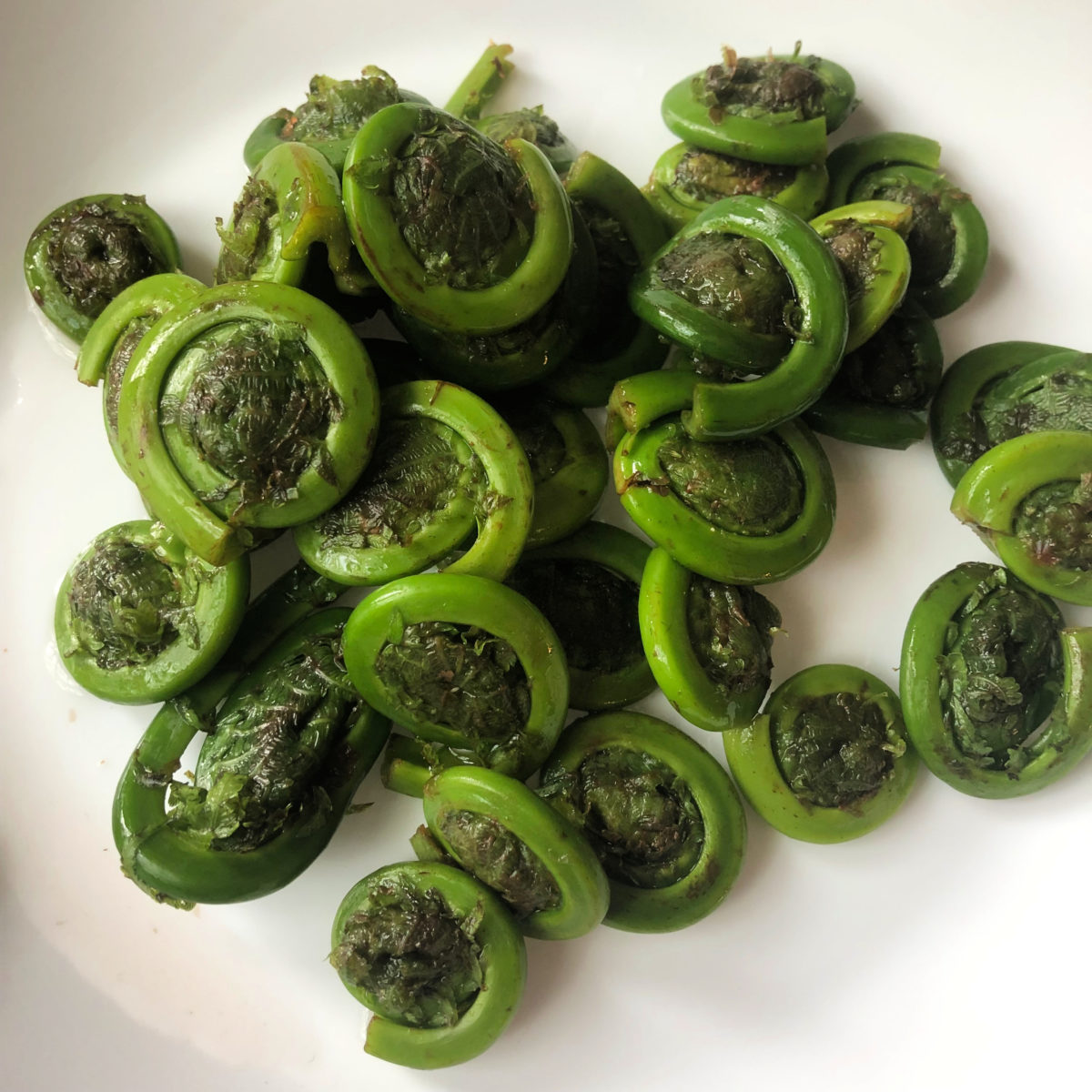 If a fiddlehead is brown or uncurling, it is not fresh, so I ended up discarding a couple as well.

I read that you are supposed to boil the fiddleheads for about 10 minutes in salted water to kill off anything undesirable, so I did that next. 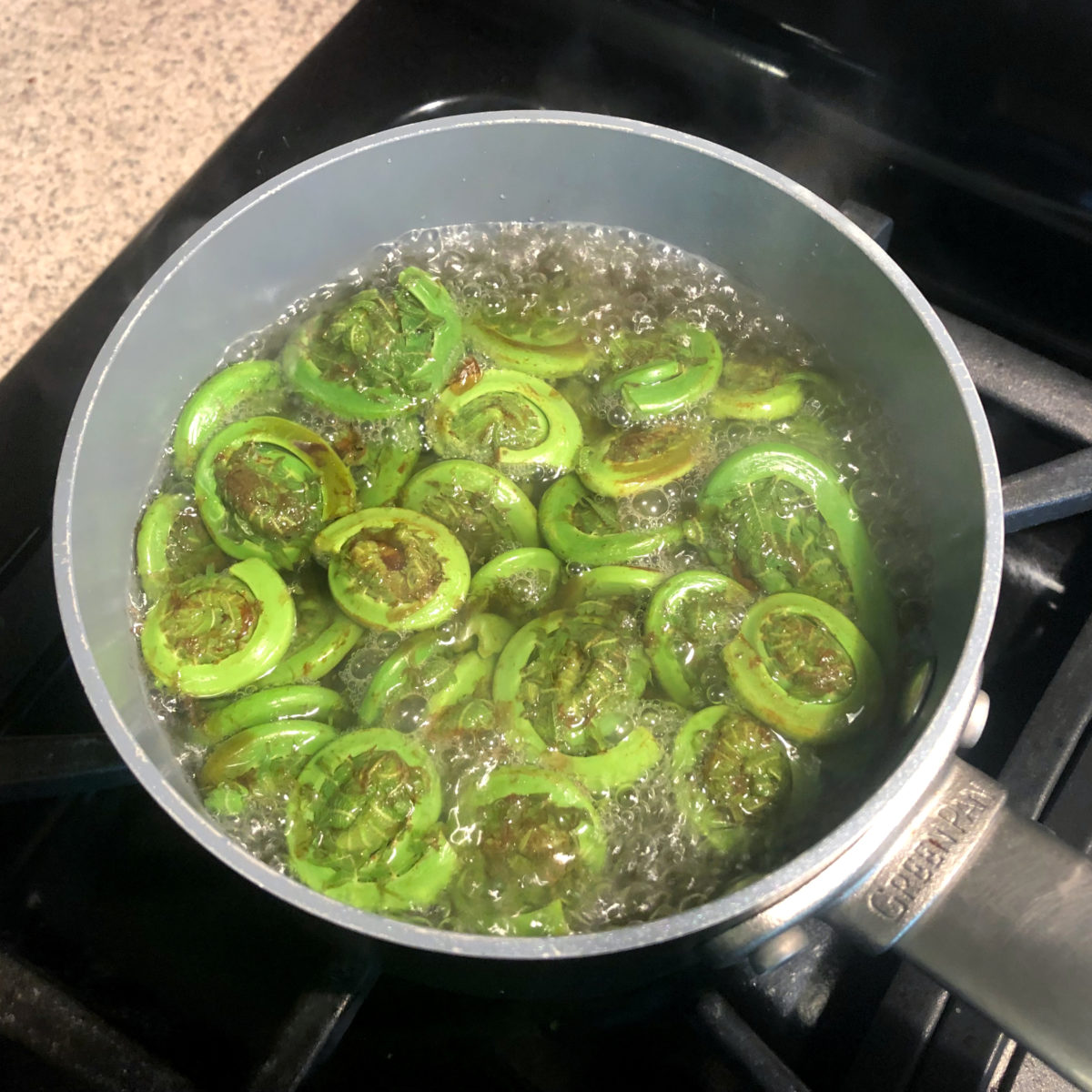 Since my next step was to sauté the fiddleheads, I quickly drained them before returning them to my frying pan. 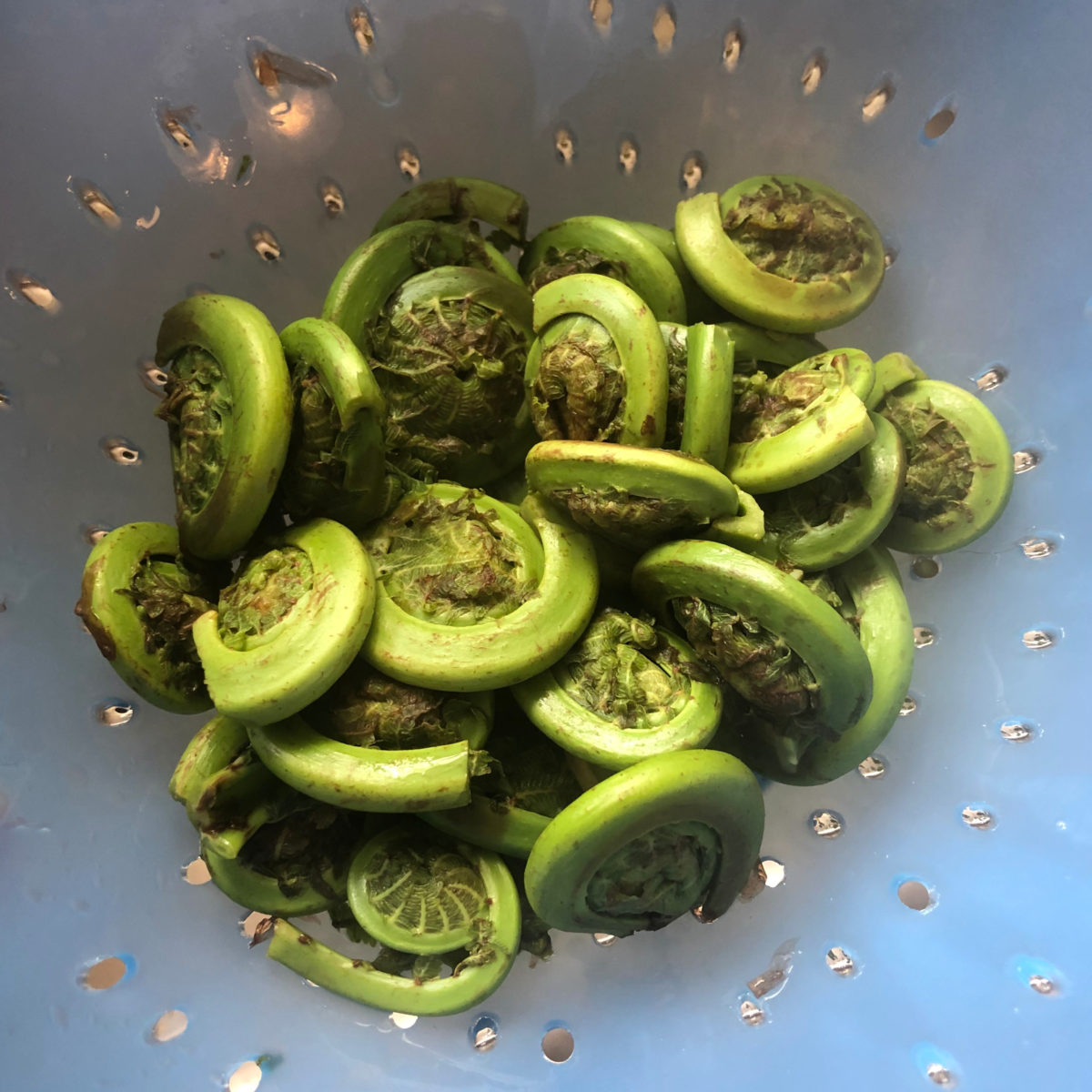 After draining the fiddleheads, I sautéed them in butter with some fresh chives I cut from the garden.  I think scallions, garlic, or onion pieces would work just as well.  My chives grow so abundantly in the spring, that it is nice to have a way to use them in dishes.

I sautéed the mixture of butter, fiddleheads, and chives for about 3 minutes, adding a splash of lemon and salt as well. 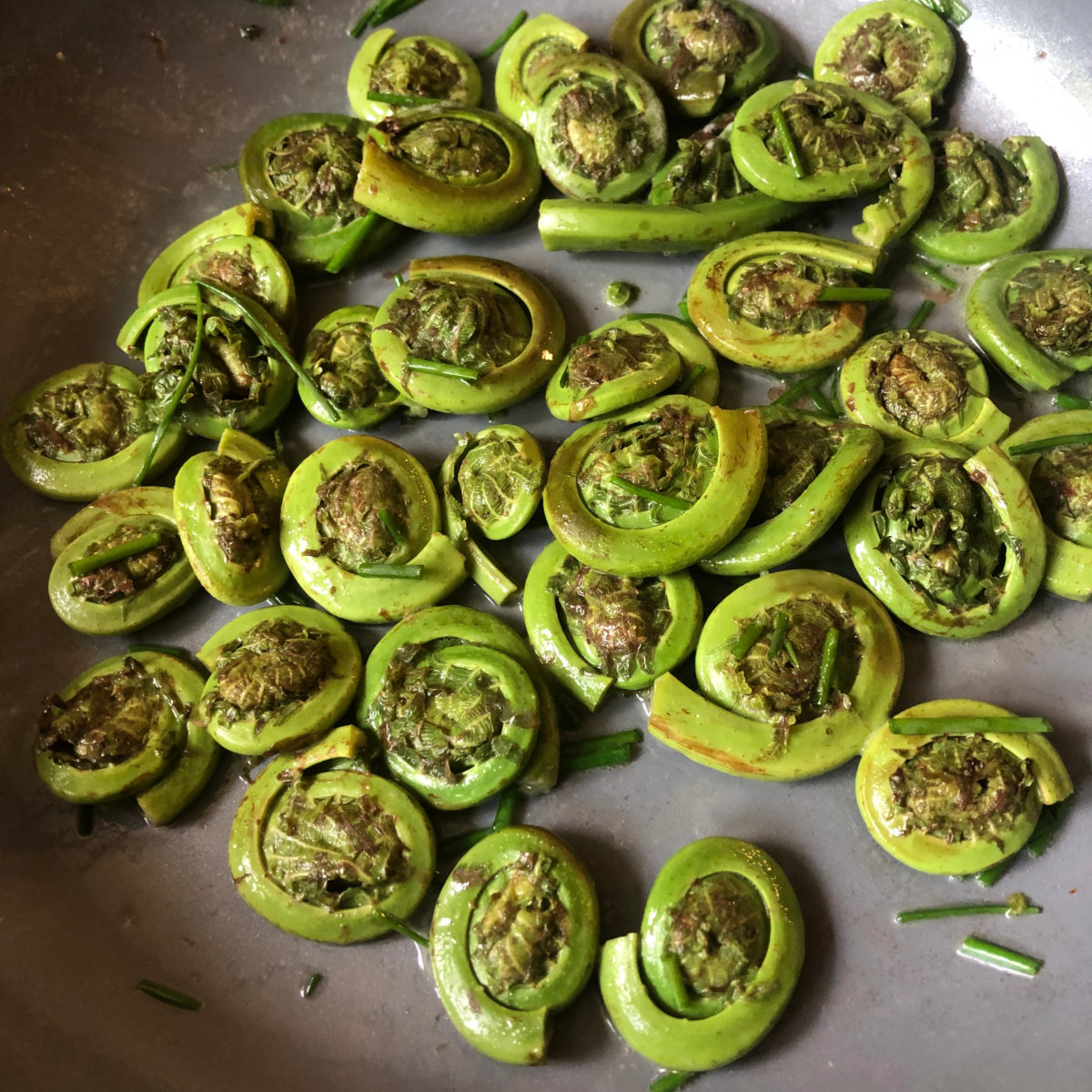 I enjoyed the cooked fiddleheads.  They taste much like the tops of asparagus and a little like broccolini (which I also often cook with butter and lemon).  This would make a great side dish to accompany pasta, rice, etc. 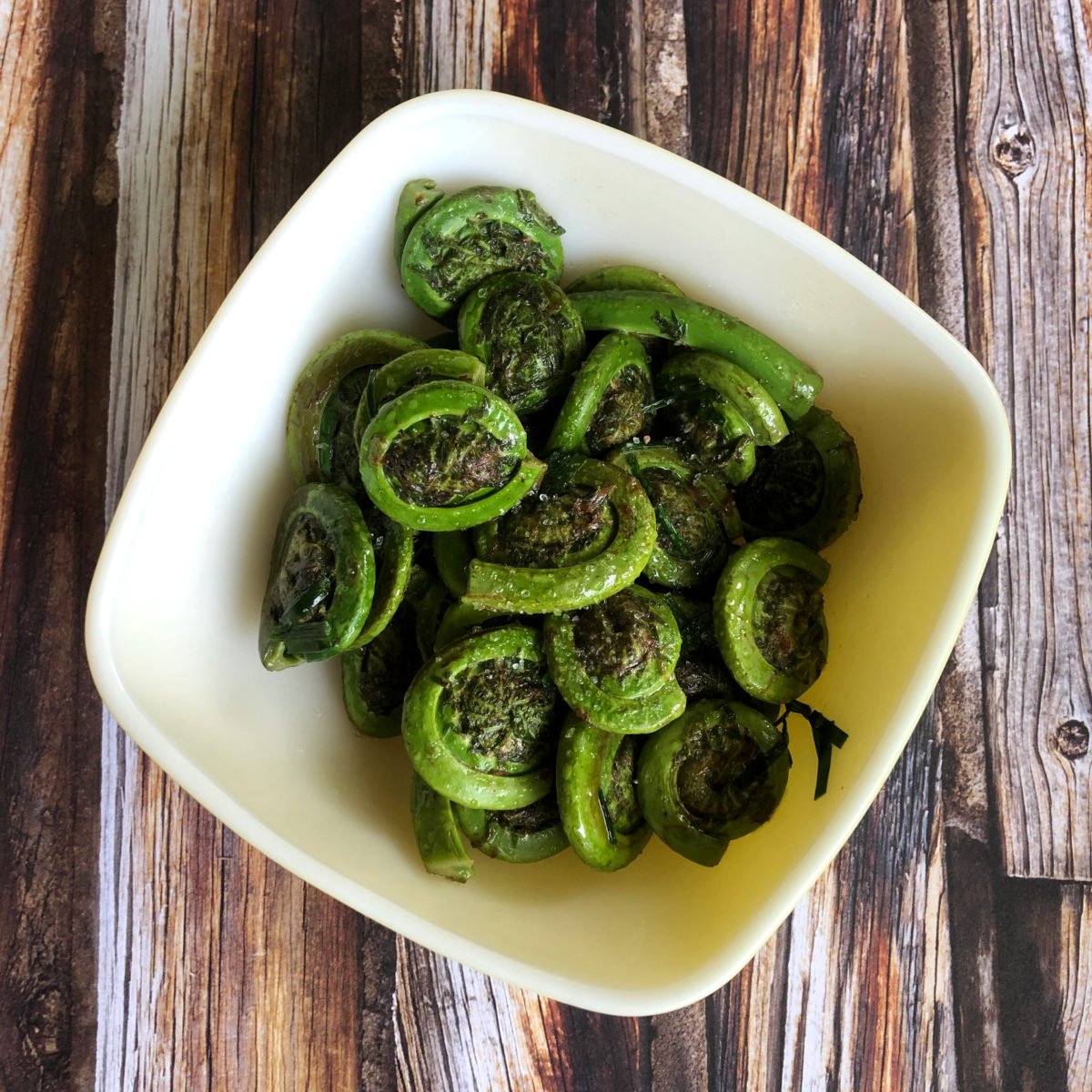