If you’ve ever endured a suffocating commute in the middle of summer, you could be forgiven for thinking that the warmer months of the year are when air pollution is at its worst. Los Angeles, for example, is notorious for having a layer of smog blanketing the city during summer. But the truth is that air quality levels almost always plummet during winter, making home air filters and air purifiers more important during this time of the year.

Don’t get us wrong. The warm and dry conditions of summer also come with their own factors that contribute to air pollution. Weeks without rain mean that soil is dry and dust can be kicked into the air, helping form smog. Likewise, stable weather means that air can seem stagnant, preventing air pollution from being dispersed.

“During the winter months, a number of meteorological events come together to exacerbate air pollution,” explains Lynne Laake Director at Air Filter Company Camfil USA. “When you pair this with certain topographical features like valleys and surrounding mountains, you will see atmospheric events that causes air pollution to build up.”

This is particularly true in U.S. cities like Salt Lake, Denver, Los Angeles, and other major cities around the world such as Beijing, Mexico City, and Mumbai among many others. 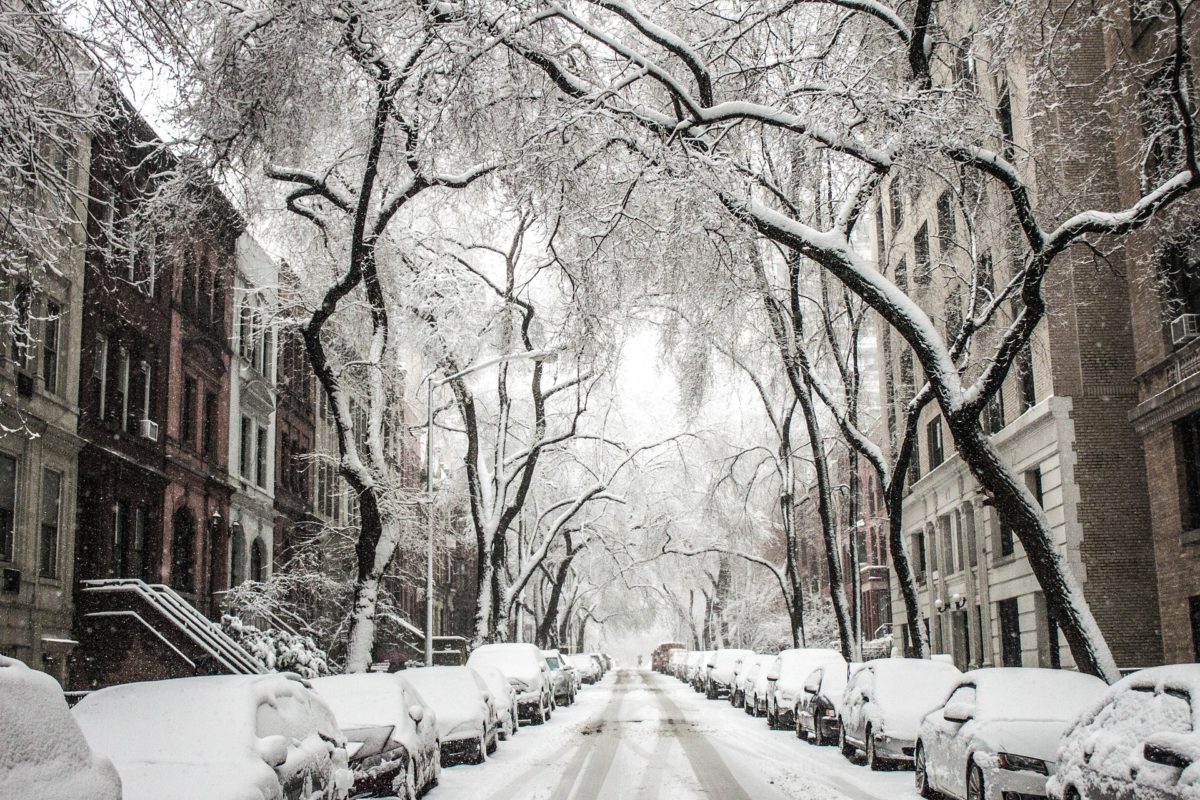 In winter, an atmospheric phenomenon known as a temperature inversion creates the perfect conditions for air pollution to build up close to the ground. This causes levels of particulate matter, sulfur dioxide, nitrogen oxides and other airborne pollutants to soar to dangerous levels. In states where inversions happen frequently, like Utah, residents are often advised to stay indoors under the protection of air purifiers with HEPA filtration systems.

While air temperature typically falls the higher you go up in the atmosphere, during cold months, there can be warm air in between layers of cool air, hence the name, inversion. Inversions, in turn, are categorized into three types.

Where Do Home Air Filtration Systems Come In?

As mentioned earlier, during an inversion warm air traps cooler air close to the ground, preventing it from being dispersed into the atmosphere. As a result, pollutants from households (e.g. air pollution from cooking, heating, and lighting), vehicle exhaust, factories, and power plants among others circulate close to the ground. This concentration of airborne pollutants affects ambient (i.e. outside) air quality to a degree that even indoor spaces are affected, hence the need for home air filtration systems.

“Basically, a temperature inversion happens when a layer of warm air high in the atmosphere traps cooler air close to the ground,” says Laake. “That cool air also carries with it air pollution, preventing it from being dispersed.”

Now you’re probably wondering what topographical features have to do with temperature inversions and why these atmospheric events are more common in certain cities and states.

Cities located in valleys or near mountain ranges, like Denver or Salt Lake, see inversions more frequently because of how air interacts with ground features. Because cold air is denser and heavier, it will often slide down a mountain slope and “sink” into the valley floor, trapped by a warm layer of air above. The mountains also shield the valley from winds that could otherwise have dispersed the stagnant air close to the ground.

Unfortunately, there are really only two ways for air pollution caused by inversions to go away. The first is to wait for rain or snow storms to disperse the cool air trapped close to the ground. It’s why the air after a blizzard appears and smells cleaner. The second way is to address air pollution at the source, hence why some city governments discourage people from using their cars during an inversion.

Unfortunately, the winter cold also means that more households are burning more fossil fuels for cooking, heating, and lighting, which can quickly affect indoor air quality if no air purifier has been installed.

In fact, while industrial air pollution tends to remain stagnant all throughout the year, the same can’t be said for household air pollution. As more people hunker indoors to avoid the cold, they’re also cranking up the heater, lighting the fireplace, and preparing food. In poorly ventilated homes, the pollutants generated by these activities have no way of escaping, causing indoor air pollution to rise.

The problem is even worse in developing countries that depend primarily on fossil fuels like coal, biomass, and wood. In rural communities in China, for example, air pollution produced by the burning of coal almost always increases during winter, creating brutal smog events that last for weeks at a time.

Fortunately, the Chinese government has taken action to the problem after growing public unrest. Villages outside China’s major cities have been forced to transition to natural gas, which, while still a fossil fuel, is significantly cleaner than coal.

Of the many types of airborne pollutants that can be found in the atmosphere during winter, the most dangerous and common would have to be fine particulate matter or PM2.5. This refers to solid particles and liquid droplets no larger than 2.5 microns in diameter—light enough to stay suspended in the air for hours and small enough to enter the deepest parts of the lungs.

Other than causing all kinds of respiratory and cardiovascular problems, PM can enter the bloodstream and reach the body’s vital organs. Unsurprisingly, PM has been linked to disorders such as Alzheimer’s, dementia, diabetes, and even kidney disease.

Living in a City with Inversions? Look for a Reliable Air Filter Manufacturer

If you live in a state or city that frequently experiences temperature inversions in winter, you and your family can definitely benefit from installing air filters in your home, office, or building. Just be sure to look for a reliable air filter manufacturer or distributor—these companies will recommend an air filtration solution that will be best suited for your air quality needs and challenges. Above all, avoid “bargain” air filters. More often than not, these systems don’t work as advertised.