Road Tripping in Mexico With Our BubbleBum Booster Seat 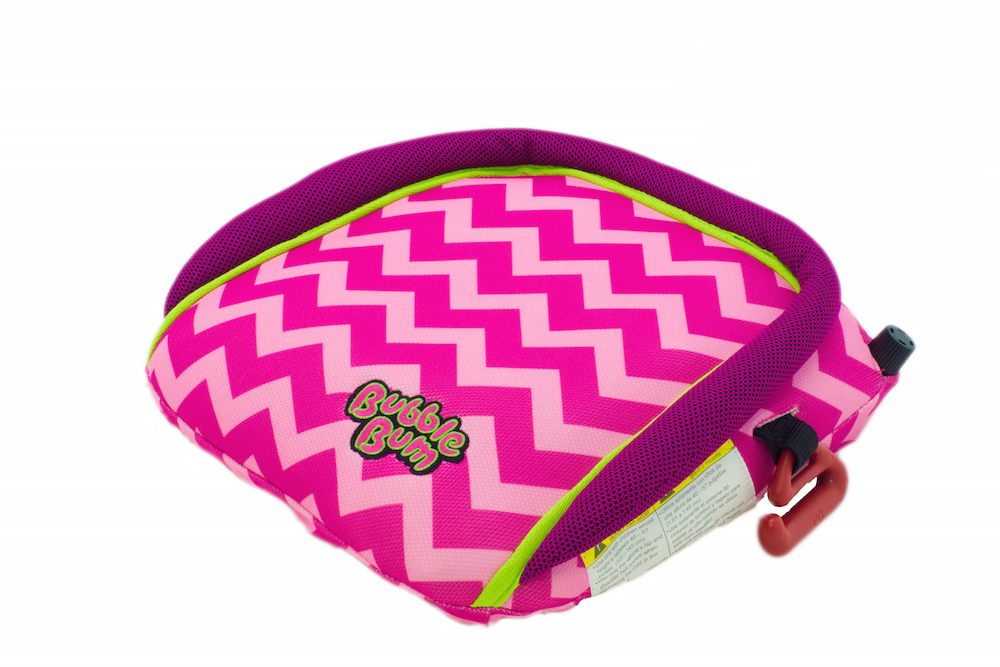 I received a Bubble Bum car seat in exchange for my honest review.

We do a lot of traveling.  When we booked a trip to Mexico this year, we were wondering what to do when it came to our rental car.  We need a booster seat for our daughter, but the idea of bringing or renting a carseat was a little overwhelming.

After doing some research, we discovered BubbleBum.  This is a portable, inflatable booster seat.  There are a variety of colors and designs to choose from, and we chose the pink for my daughter.

Before going on our trip, I made sure the BubbleBum booster was completely deflated and put it in its drawstring bag. The nice thing about the carrying bag is that it is very lightweight, so you aren’t adding bulky weight when you travel.  The BubbleBum weighs just over 1 lb and deflates so that it is very flat.  I recommend sitting on it to make sure all the air is out and then closing the valve.  The booster slips right into my backpack and also the front pocket of our carryon luggage. 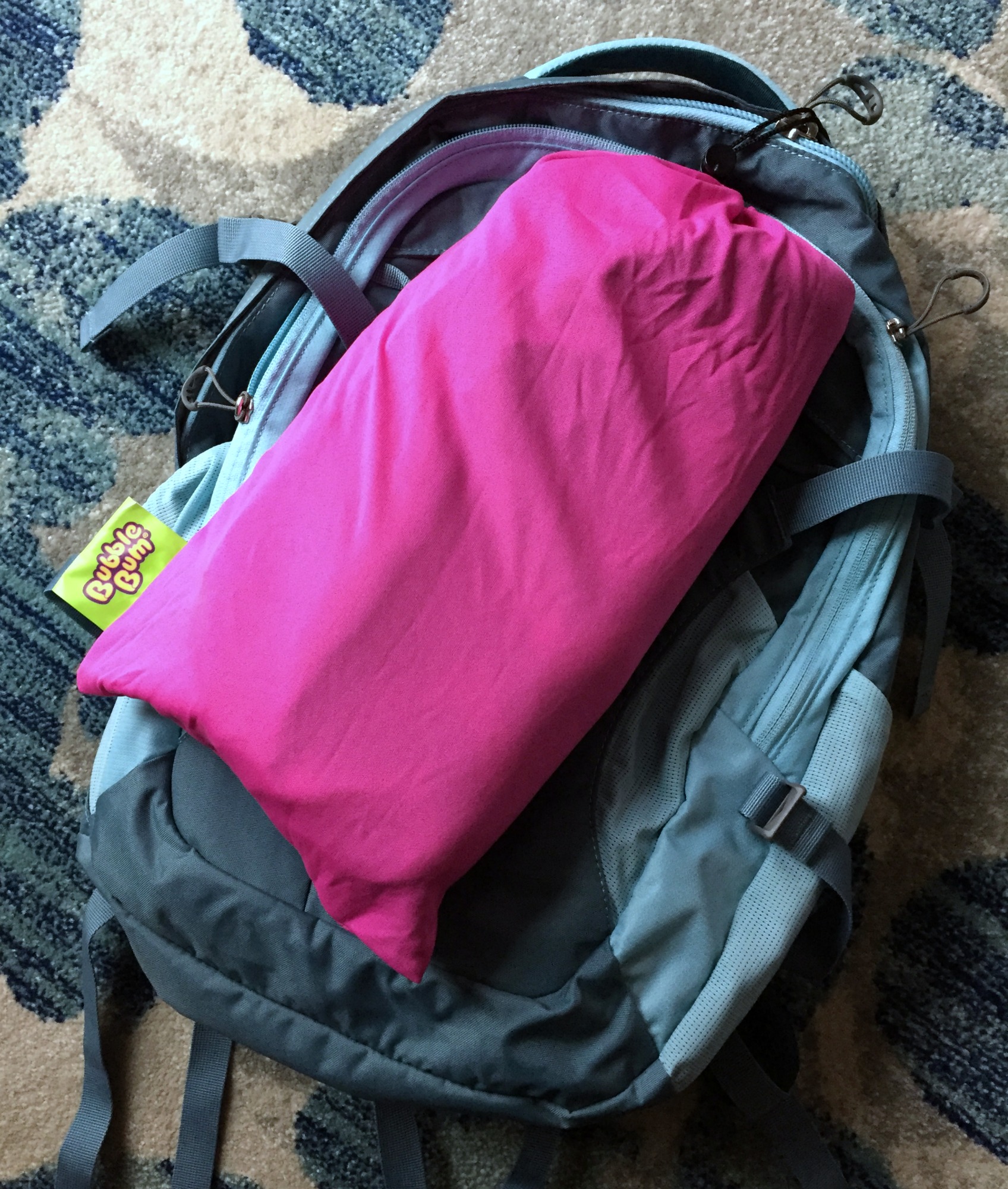 When we arrived in Mexico, it was late afternoon and we were tired, and we just wanted to get on the road so we could start our vacation. While the car rental place got our paperwork ready, I got out the BubbleBum seat. 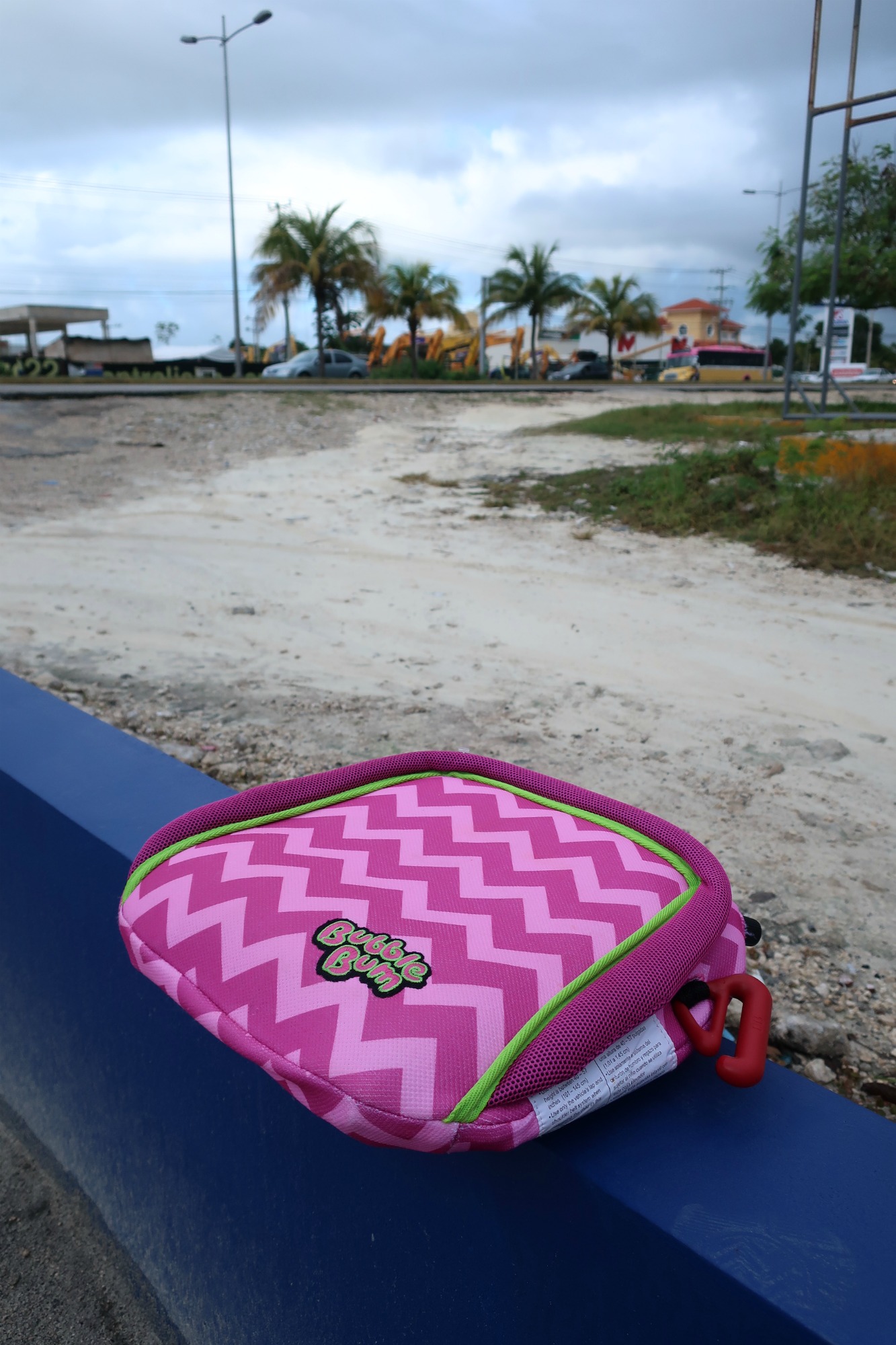 The BubbleBum inflated quickly and I placed it in the car.  Note the belt positioner – there is one for the lap belt and one for the shoulder belt, to help keep both belts in the proper positions. 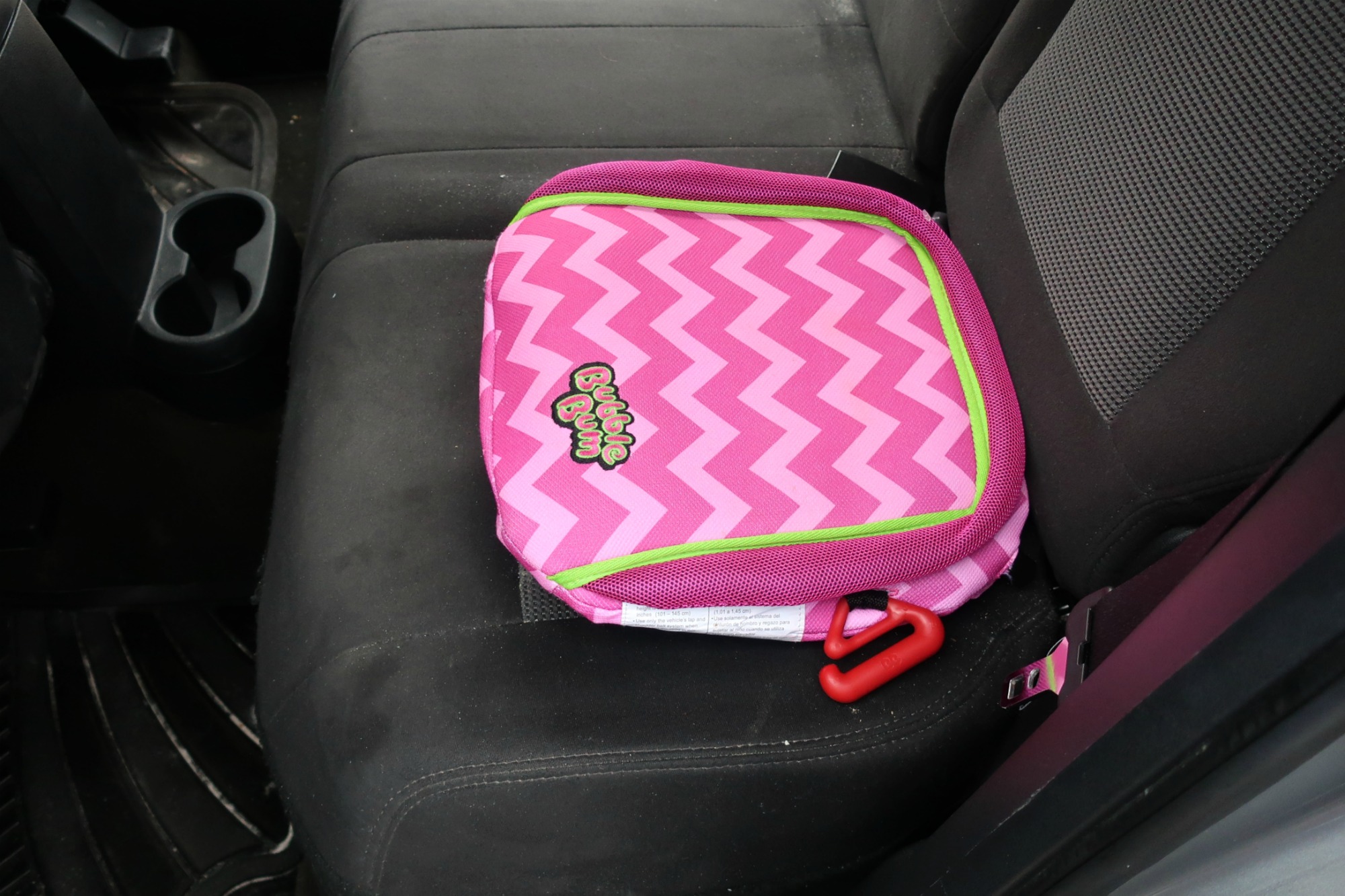 My main goal with a booster seats is safety – and the BubbleBum has been crash tested and both meets and exceeds car seat safety standards.

But there was another awesome benefit on this trip. In our vehicle at home, the kids have no problem seeing out the window of our own vehicle. However, in our rental – a kind of car we had never been in before – the windows were so high that my 8 year old could barely see out. Those few inches provided by the BubbleBum booster were the difference between seeing out and not seeing out the window.  I would totally recommend this even if you needed a booster for other purposes (like the movie theater). 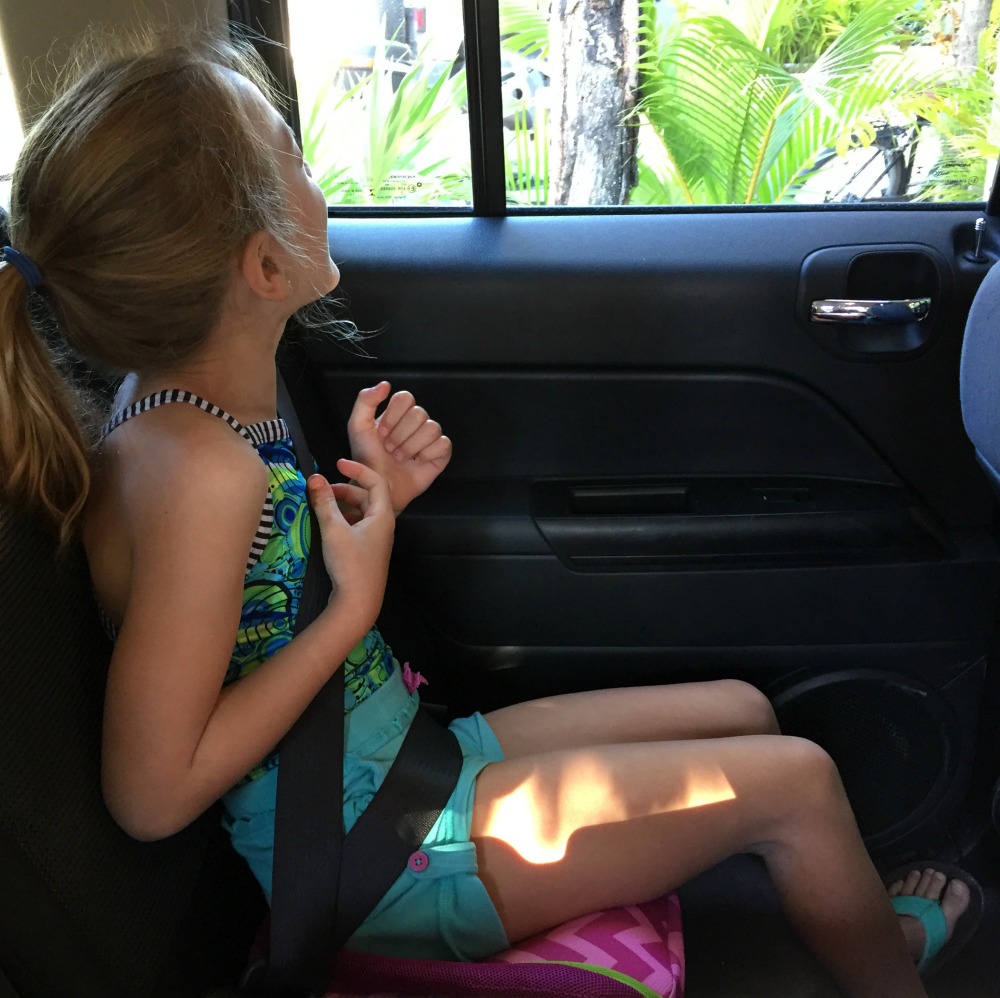 Our trip went smoothly with the BubbleBum. It didn’t shift or lose air, and was comfortable, compact and easy to use. 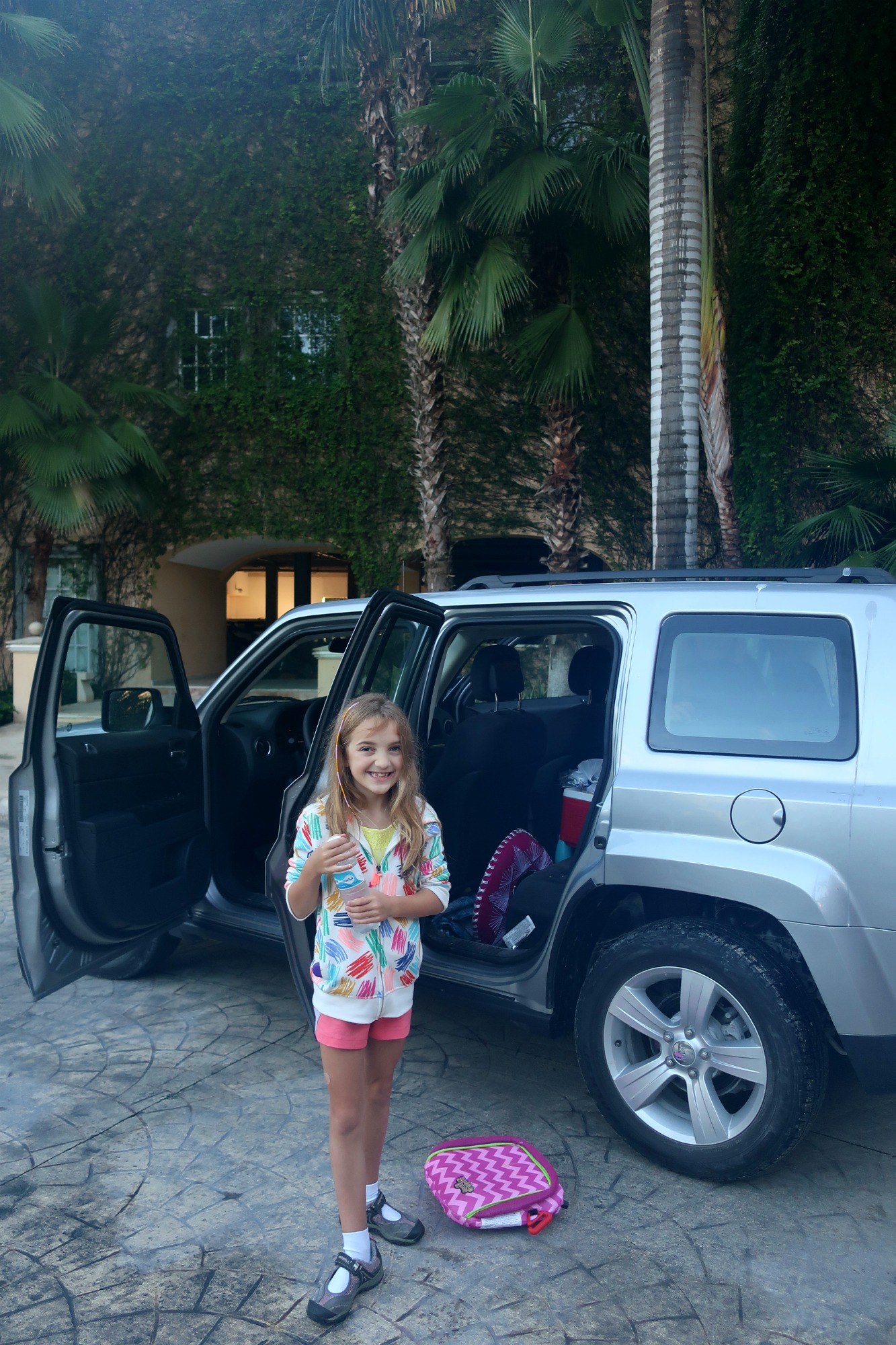 At the end of our trip, we returned our car to the rental place… (let’s just say it was a bit messier than when we left 9 days earlier)! 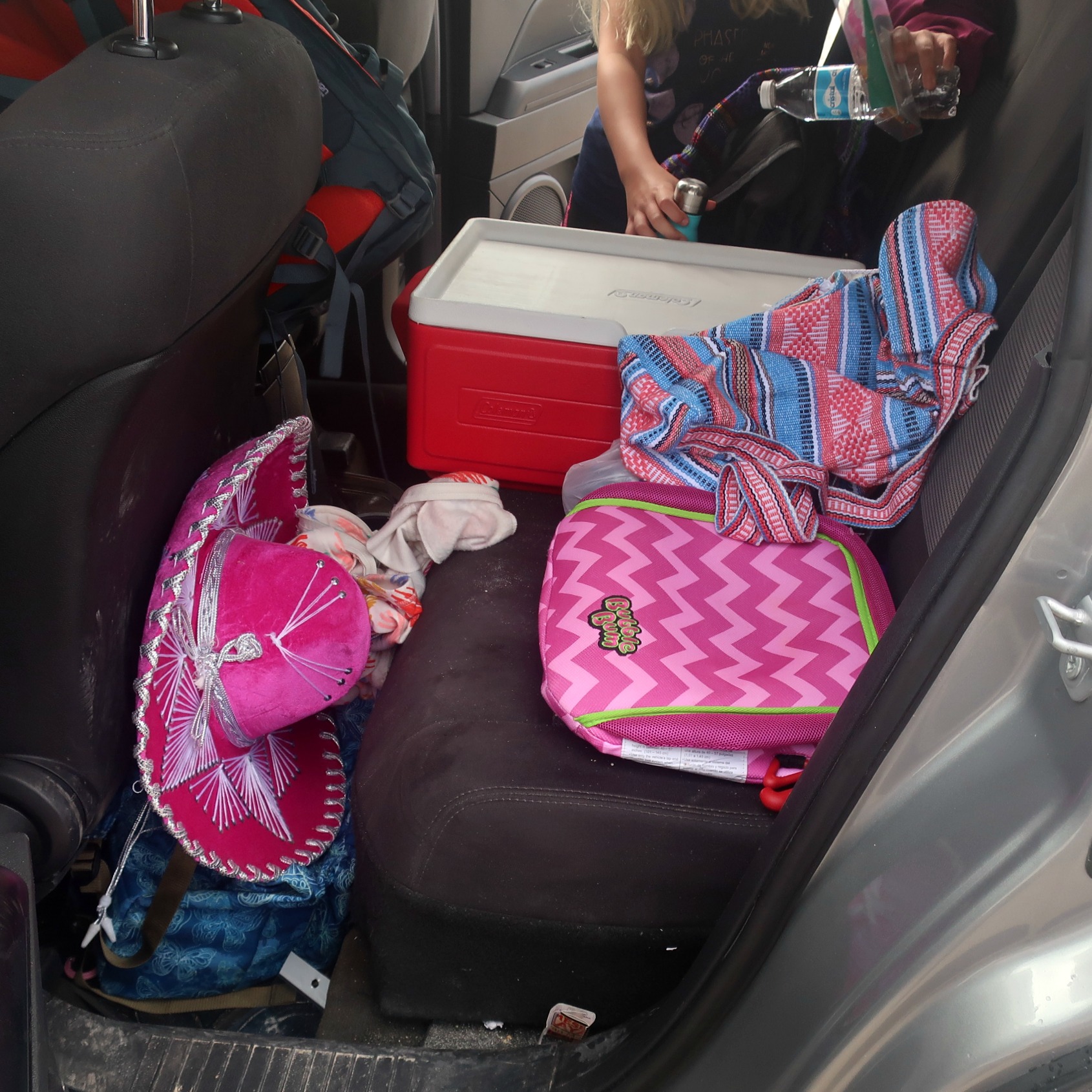 We were tired, in a rush, frazzled, and it was starting to rain. Of course we were in a rush to clean out the car, pack up our stuff, and get the Bubble Bum packed away so that we could get to the airport on time. While the kids were busy playing with a dog they found, I quickly undid the valve on the booster, folded it in half, sat on it to flatten it, and slipped it into my luggage in a matter of moments. 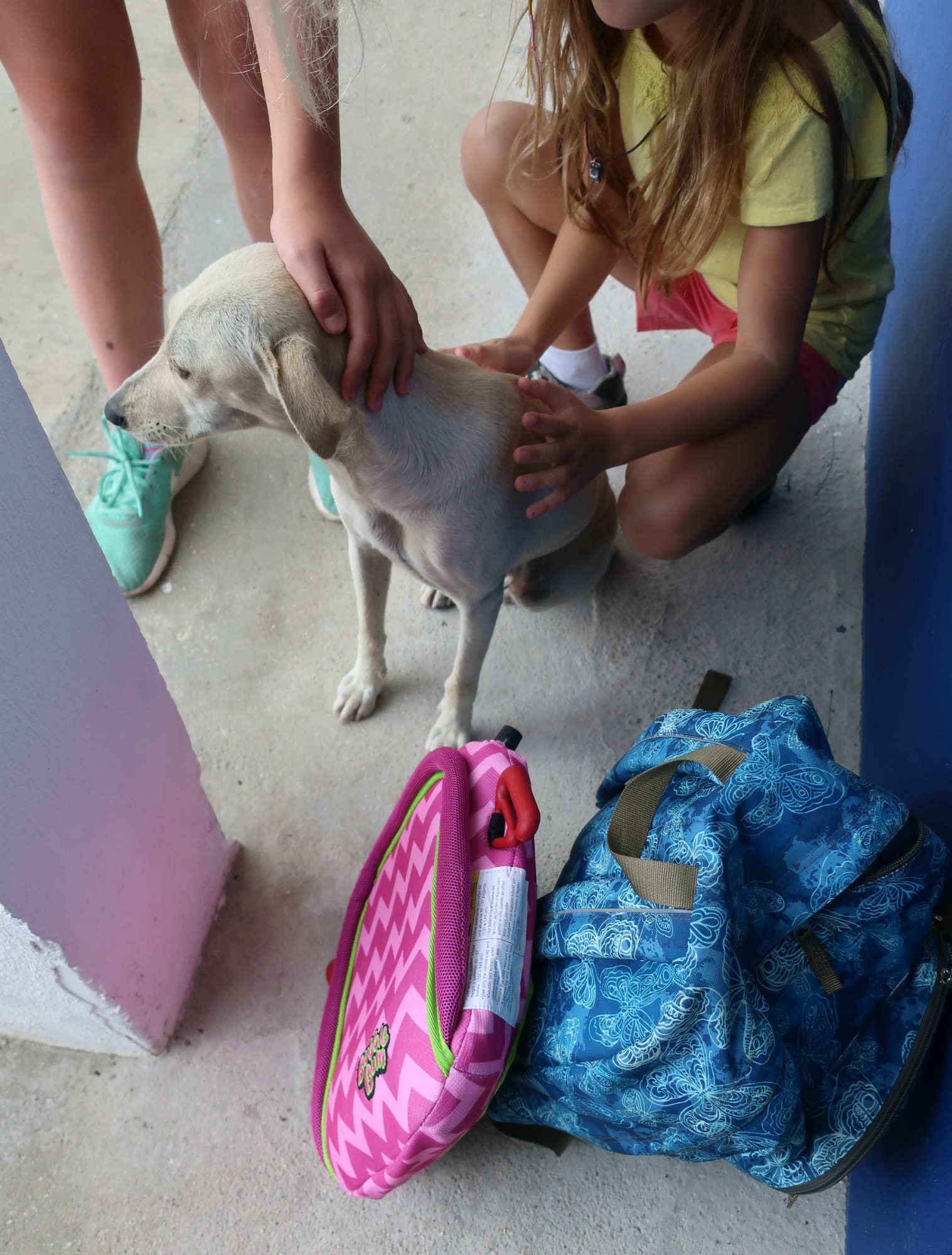 Now that we are back home, I fully plan on keeping our BubbleBum on hand.  There have been so many times I have been in a pinch for an extra booster.  I will keep this in the car so that if I end up needing an extra booster seat, it won’t be an issue.  For example, I have gone to a sports practice or Girl Scout event and ended up bringing an extra child home, but it ends up being a shuffle where we have to find an extra carseat.  I can think of so many times this would have come in handy, and I’m sure it will continue to get a lot of use!