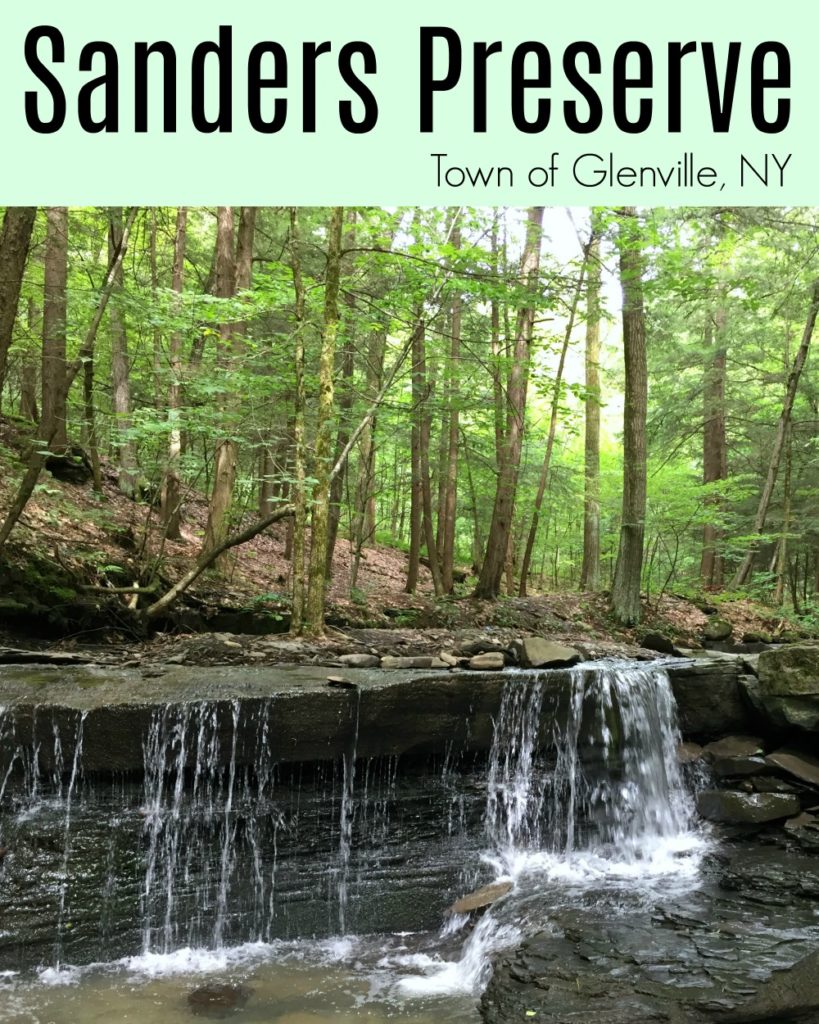 Since we have had a decent amount of rain this summer, we have been checking out trails with waterfalls.  On my search for trails, I came across the Sanders Preserve, which didn’t look like too long of a hike, plus we could explore the waterfalls.

The preserve was easy to find, and Google Maps took us right to the trailhead.  There was no one else there when we arrived or left on a Saturday morning, and there is plenty of parking in the gravel lot. 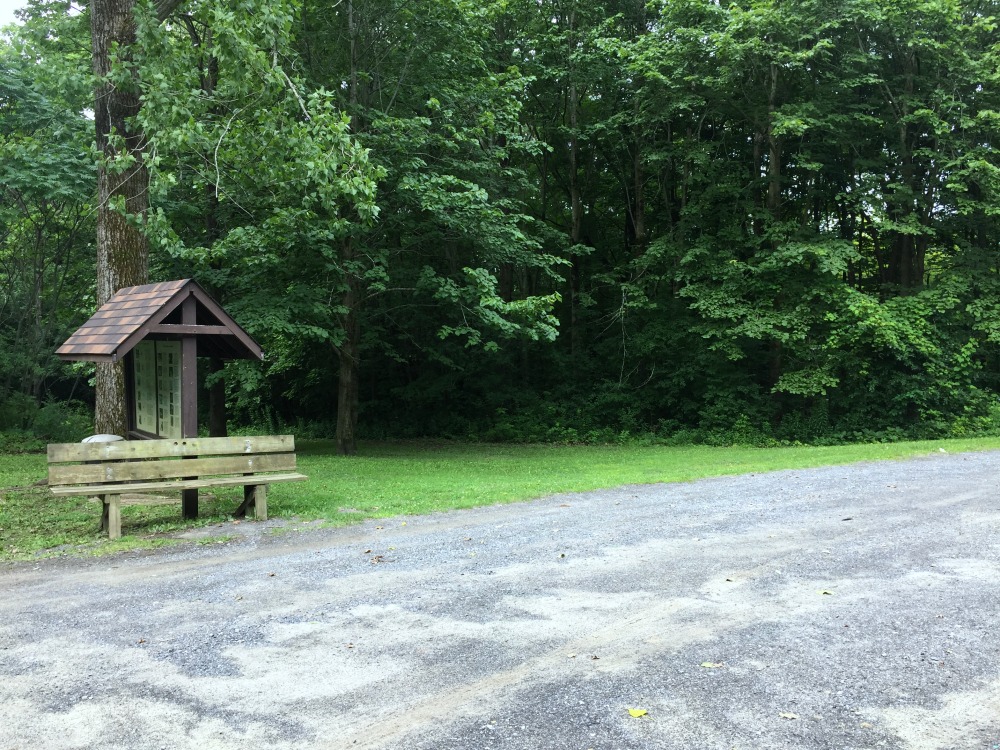 We headed off from the trail head. 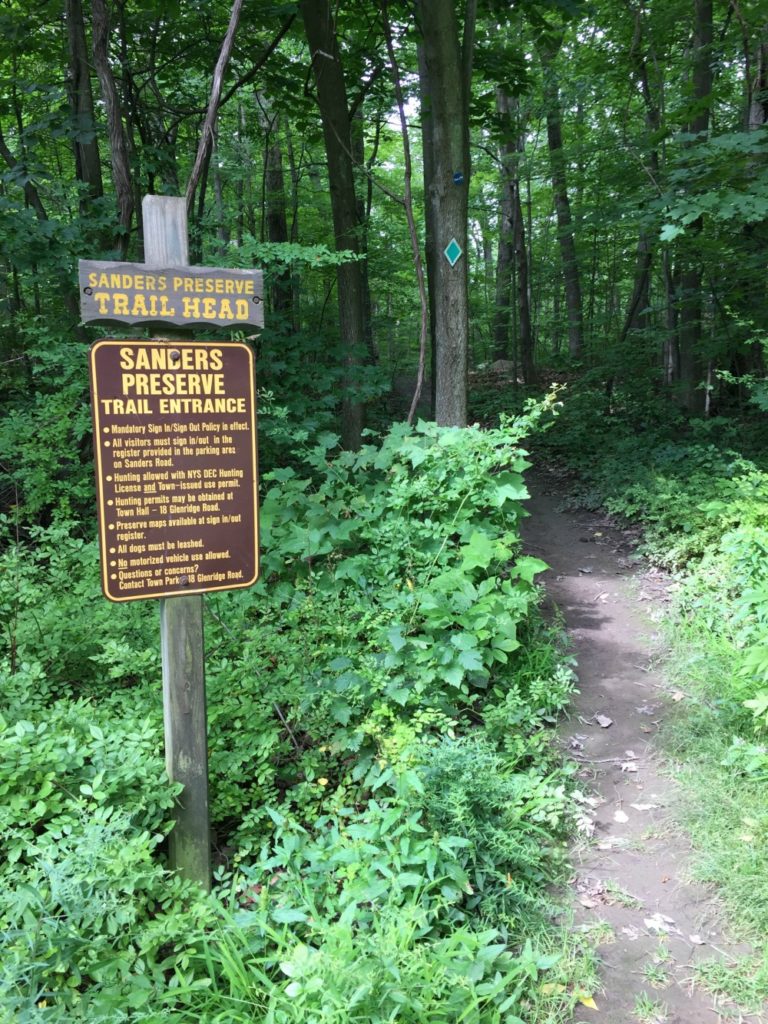 We saw some neat Indian Pipe plants along the way. 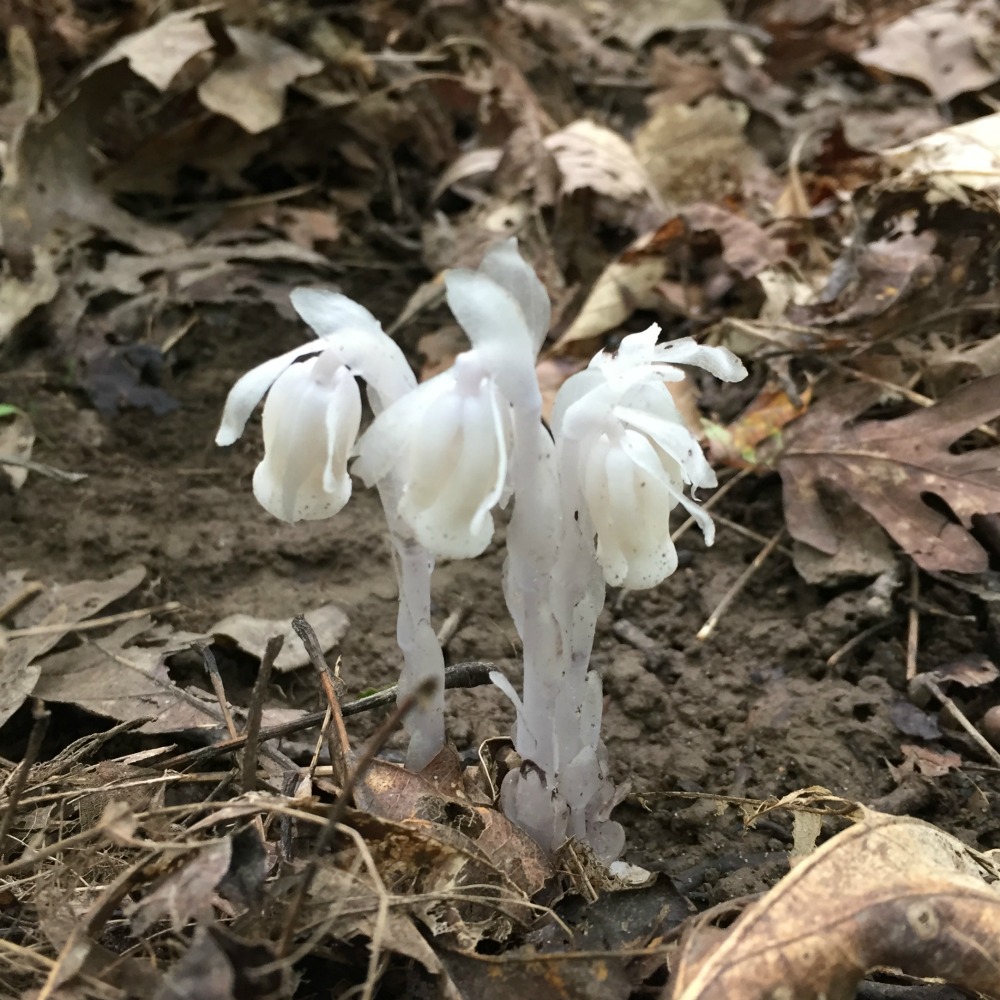 I was a little distracted by the constant sound of shots being fired during our 1.25 hours at the preserve, so I can only guess there is a firing range nearby.  It did detract from the overall sense of getting out into nature and enjoying a peaceful surrounding.

We continued along the trail and turned down a path to the first waterfall.  Let me first say that if you are going to visit the preserve, I would probably recommend visiting the falls and ambling along the stream to explore a little, and possibly skipping the rest of the hike. 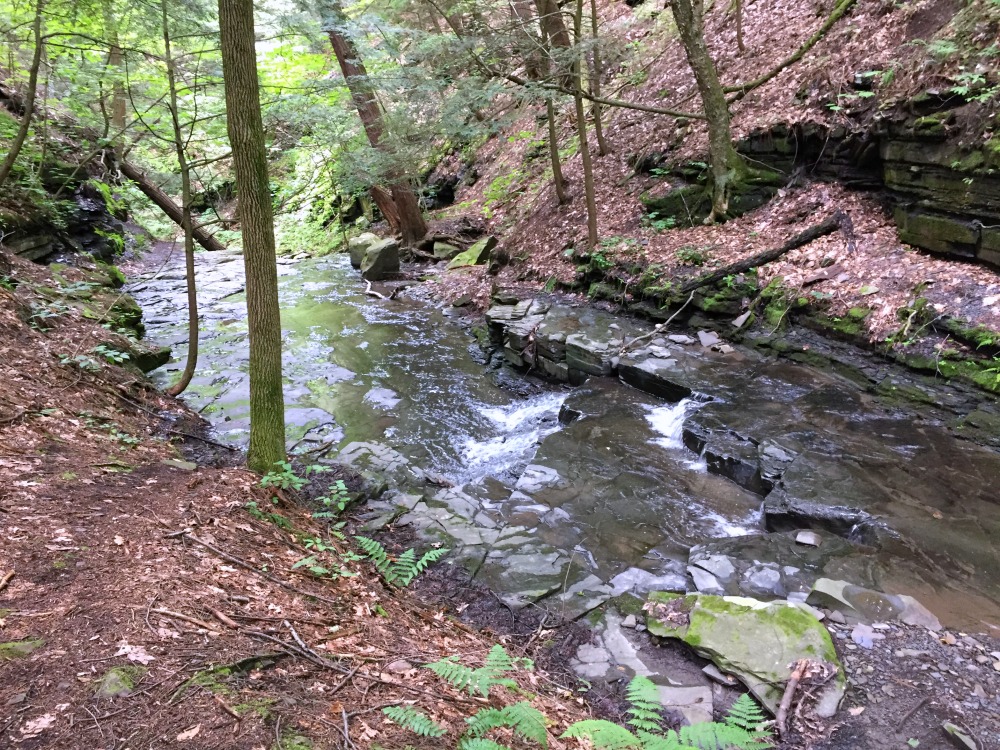 Unfortunately there was a bunch of garbage around the stream, including a large wadded up blanket that looked like someone was in it (fortunately, not the case).  It is sad to see people leaving their trash behind at such a beautiful place. 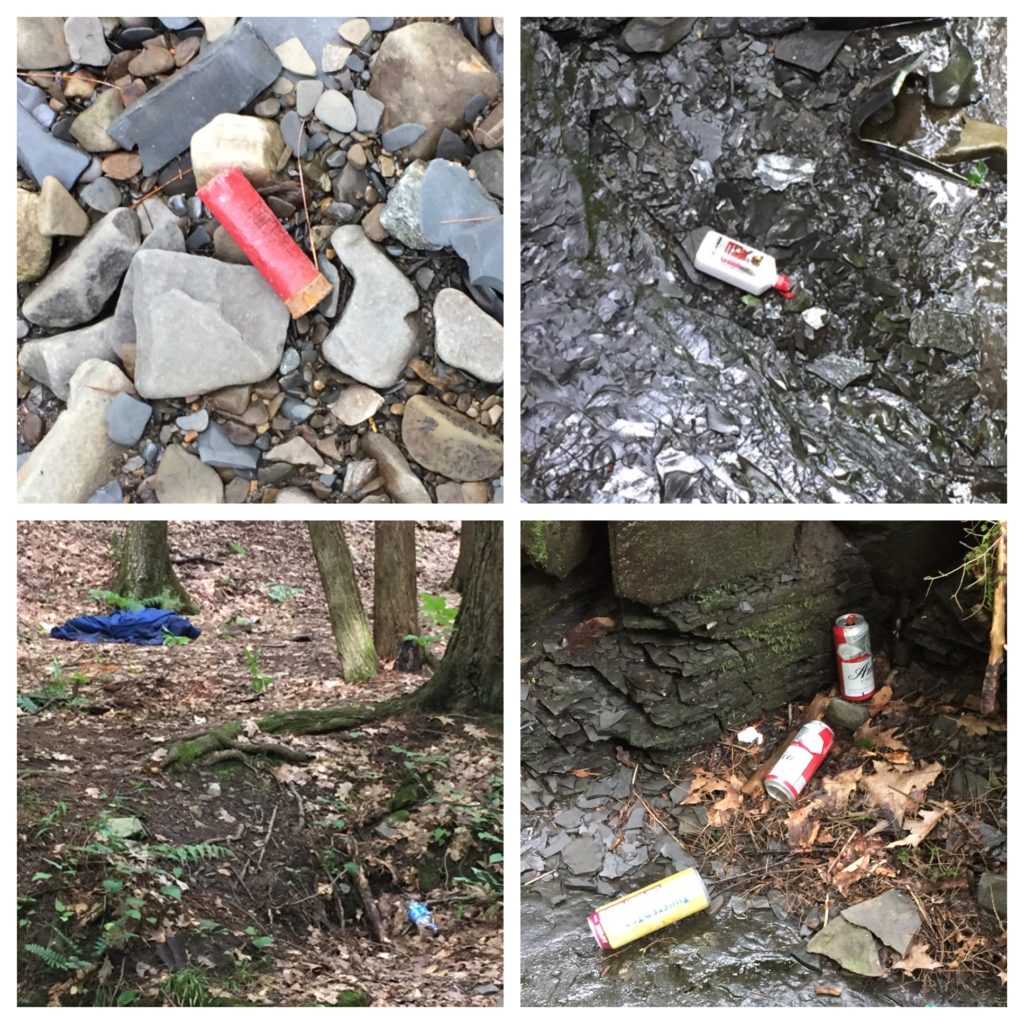 That being said, the falls are really pretty, and there are several different falls. 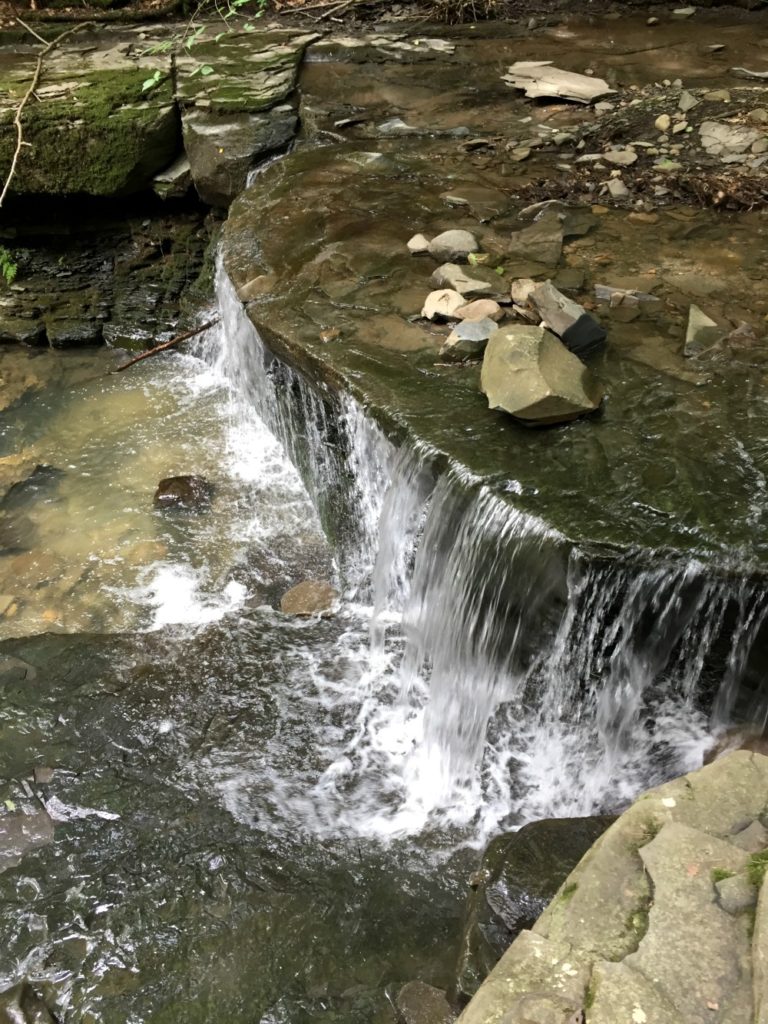 We visited in late July, and the summer has been rainy, and were pleased to see there was plenty of water. 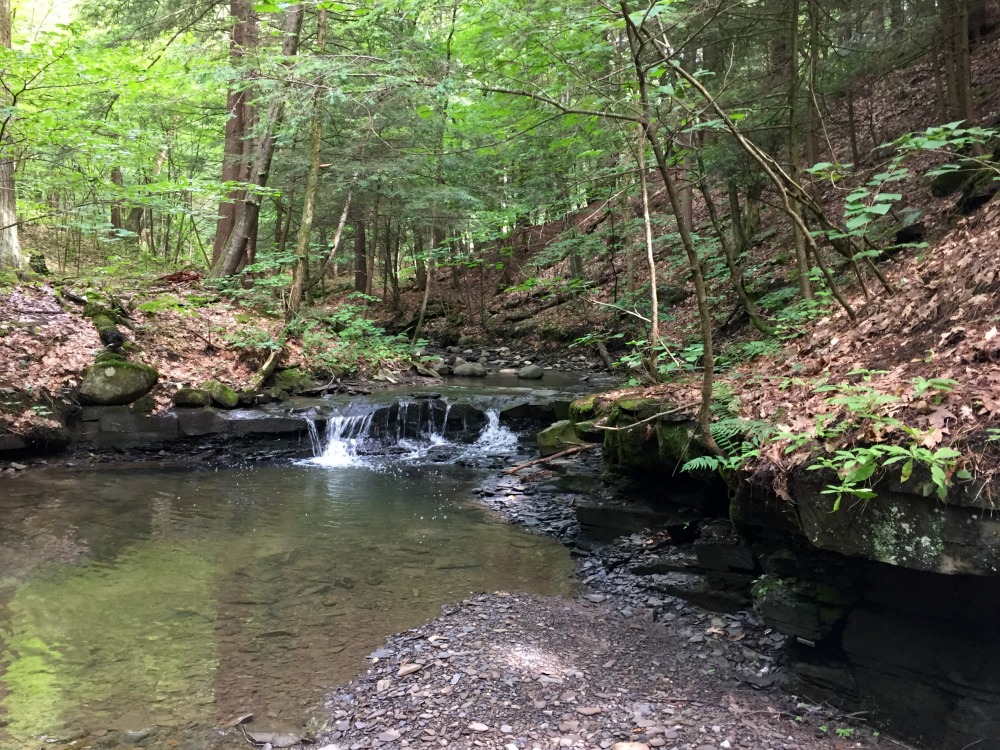 We saw a bunch of crayfish and hung out flipping rocks and walking along the stream for a little bit. 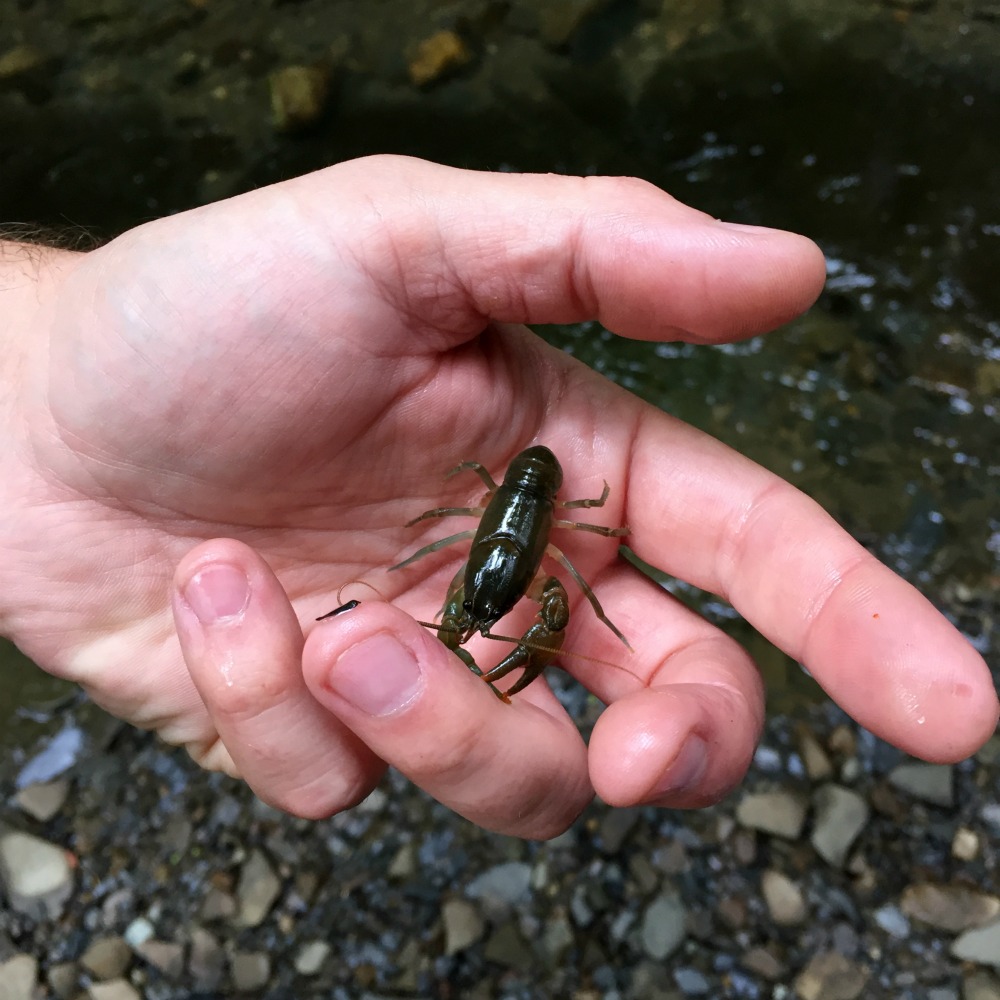 At one point, there is a larger drop off with a lot of water flowing over it, and so we returned to the trail (as it was too high to climb down safely).

The wide portion of the trail meanders for a bit, and then it goes a bit more into the woods.  Here’s where I wish we had skipped this part of the trail.  The trail quickly became overgrown, and then really muddy. 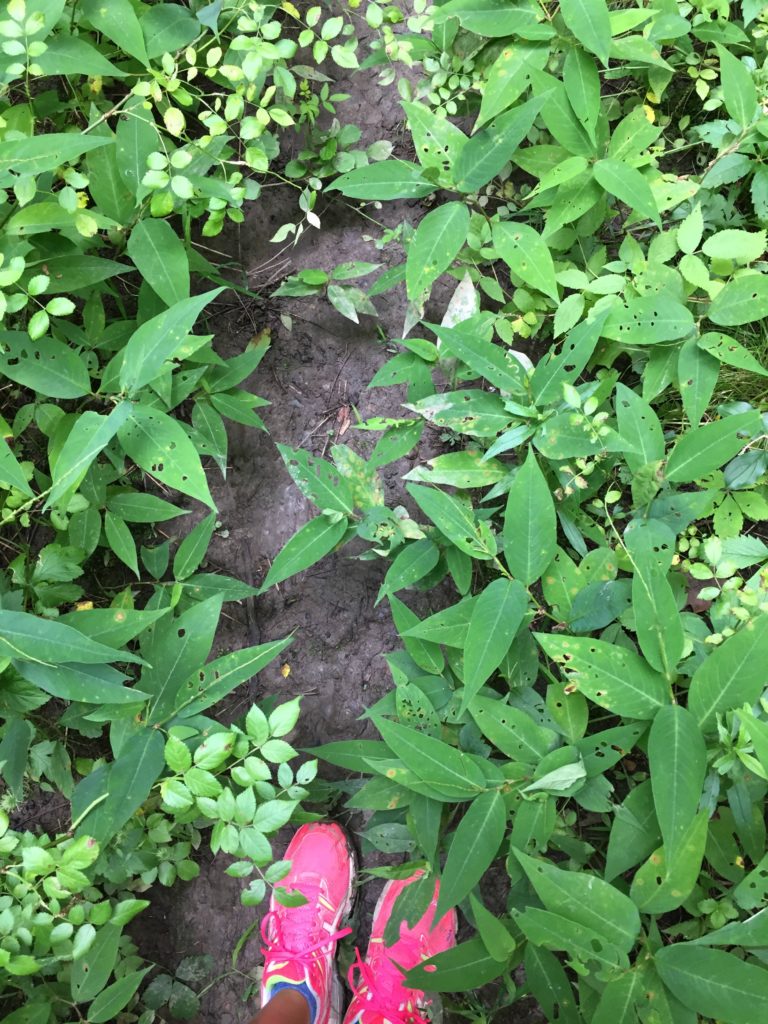 First it was more of a nuisance of thorny plants scraping up our legs, and then the trail kept getting wetter – until there was just a lot of mud – ankle deep mud.  It was tough to get around the mud because the trail was so grown in, so you couldn’t go off trail to avoid getting your shoes in the mud. 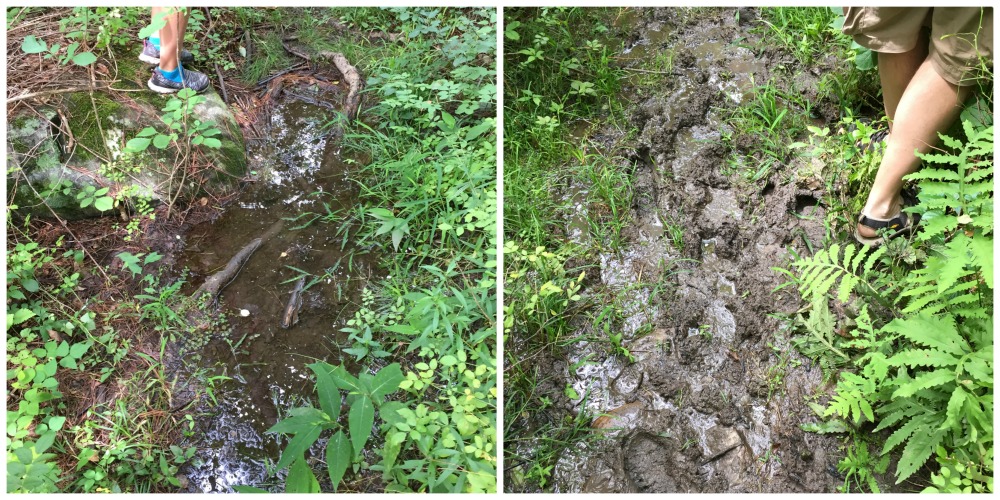 By the time we made it back to the trailhead, the kids had gone ankle-deep in mud and we were all a mess. While I figured it might be muddy, I did not think it would be this muddy.  I do think the trail could be a little better maintained since not only did we leave muddy, but covered in scratches from brambles.

If you do attempt the trail loop at the Sanders Preserve, I highly recommend using a map, and it would probably be better in the spring or fall so that there is less brush to deal with, but be careful if it has been rainy because it was so muddy. 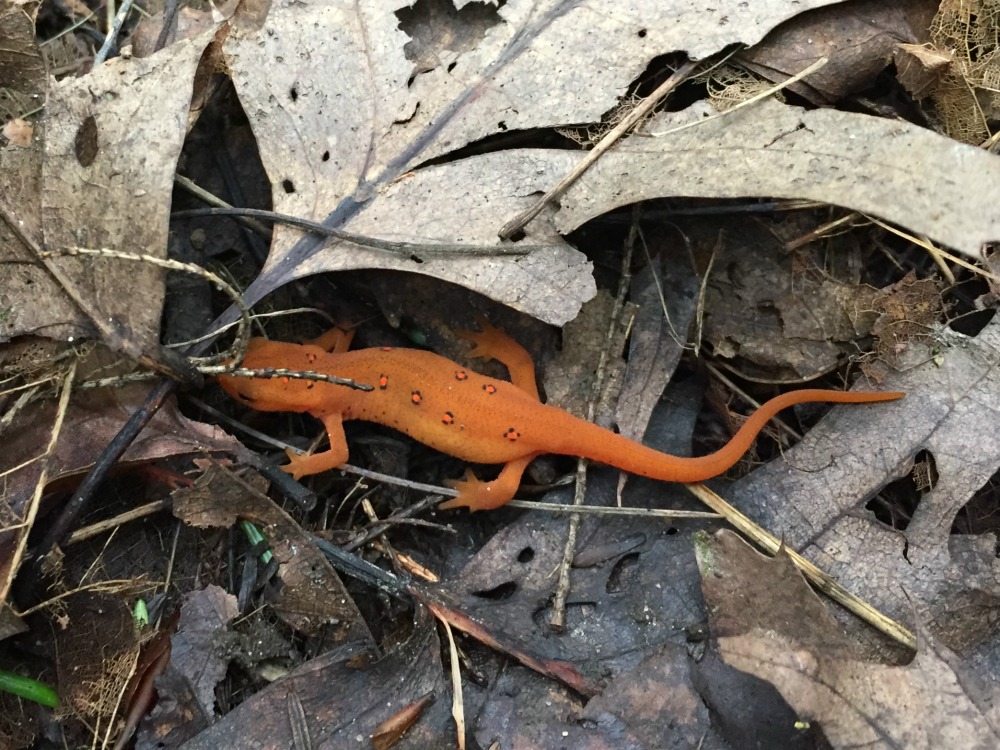 Check out the Glenville Town Parks page which includes a PDF map of the preserve.