Visiting Jackson Hole: Navigating Your Way Around Town Like a Local 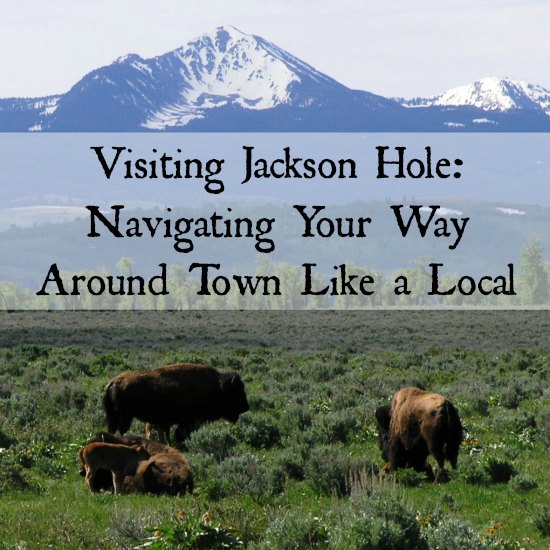 Perched on the southern edge of Grand Teton National Park in western Wyoming, Jackson Hole is one of America’s most scenic destinations. Home to both summer and winter activities, including exceptional skiing, visitors to Jackson Hole are bound to find something to keep them entertained. While the town of Jackson is not very large, it may be confusing for first-time visitors. Furthermore, it’s good to know beforehand what your transportation options are so that you can get around more easily.

Getting In and Out

The Jackson Hole Airport serves a handful of major destinations in the United States, including Salt Lake City, Denver, Chicago, and Los Angeles. A flight schedule can be found on the airport’s official website. Located within Grand Teton National Park itself, flying into or out of Jackson Hole Airport also offers some breathtaking views of the majestic peaks of the Teton Range.

The only highway that runs into Jackson is U.S. Route 191 (which is shared with Routes 26, 89, and189). U.S. Route 26 connects with Interstate 15 in Idaho Falls, which is about a two-hour drive away. Salt Lake City is the closest major city and is about a five-hour drive from the south via either the I-15 or U.S. Route 89.

There is a taxi stand at the Jackson Hole Airport that can quickly get you around town should you not have a car. Check with your hotel beforehand, however, since many luxury hotels offer airport pickup. Once in town you will find that it is easier to walk or bike to most destinations.

Jackson is fairly compact and pedestrian friendly, especially around the Jackson Town Square where many restaurants, shops, and other amenities are located. Besides, during the high season traffic in Jackson can make driving a rather unattractive option. The town does, however, offer a free public shuttle bus, schedules for which are available online.

Getting Out of Town

Of course, you won’t be spending all of your time in Jackson, so you will need some way of getting out of town while you’re here. Renting a car is probably your best option, especially if you plan on visiting Grand Teton and Yellowstone National Parks. You will see plenty of car rental agencies at the airport. Remember, however, that especially during the winter months certain roads may be closed, especially in and around Grand Teton National Park.

While a car is definitely a convenience, it is not an absolute necessity. The START Bus (Teton County’s public transportation service) has routes running between Jackson and Teton Village, for example, and some that go even further afield.

Getting around Jackson Hole is easy and simple. Whether you choose to walk, bike, drive, or take the bus, there are plenty of options to get you wherever it is you need to go.

Once you’ve figured out the layout of Jackson Hole, you will be able to take advantage of everything it has to offer, including world-class skiing, fine dining, excellent shopping, and some of the most jaw-dropping scenery anywhere in the United States.

Jared Clements is an flight attendant. He loves writing about his many travels on the web. Look for his posts on a variety of travel blogs.