The Laurie Berkner Band in Concert 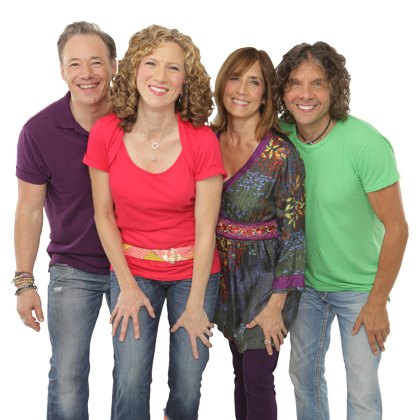 My kids have been listening to Laurie Berkner for years, so when I heard they would be in town, I thought it would make the perfect way to spend a day with my daughter to celebrate her birthday!  Out of all the kid’s music we have listened to over the years, I probably know Laurie Berkner’s music the best.  And even though my kids are growing up, we still enjoy her music, plus my youngest sings a lot of Laurie Berkner songs at school.  In fact, one of her graduation songs for Kindergarten was the “Goldfish” song, which was a big hit!

When we got to the theater, we settled in our seats and my daughter was asking me lots of questions – like did Laurie write all these songs herself, and would she really be there behind the curtain?  She was so excited when the curtain rose and the singing started right away!

We loved the selection of songs, and by the end of the show it was tough to pick a favorite, because well.. we enjoy all her music! 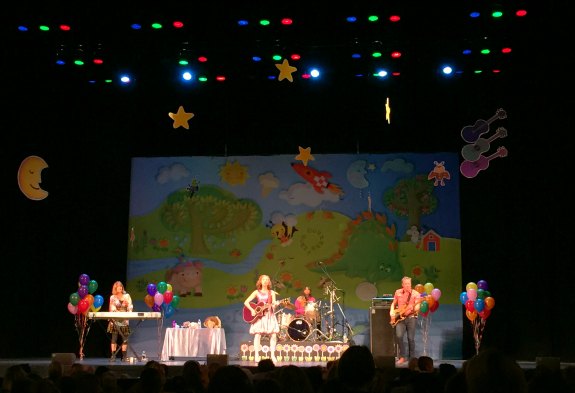 There were lots of interactive parts to the show, which kept the kids engaged throughout.  There were plenty of opportunities for little ones to jump around (“Blast Off”), dance around (“Bumblebee”), do hand movements (“These Are My Glasses”, “One Seed”), and so much more.  At one point Laurie, Brady, Susie, and Bob put stuffed animals on their heads for “Pig on Her Head” and lots of kids brought their own toys to put on their heads for the show too. 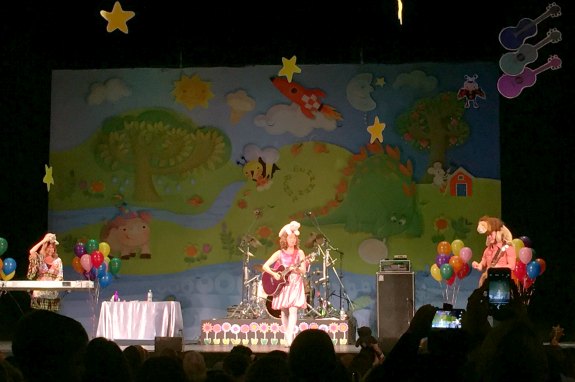 Later, they threw huge beach balls out to the audience and had everyone passing them around. 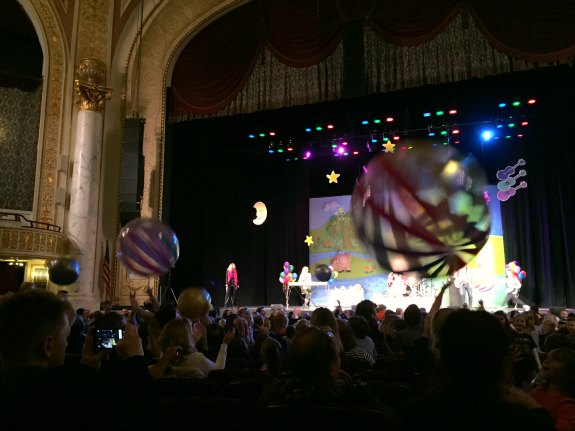 My daughter is 5, so she can handle sitting for a while, but there were lots of much littler kids that were all having a blast and really getting into the show.  If you are hesitant about bringing littler children, I have to say I didn’t see any kids fussing.

Laurie kept up her high energy throughout the whole show, even after chasing her band mates around the stage (in heels, I might add!)!

I enjoyed the show myself, finding it hard not to sing along, and there were even some fun parts for adults, like Laurie belting out a popular rock ballad for a bit in the middle of the “Goldfish” song, before returning to the regular song lyrics.  Might I just say her voice is amazing from her kids songs to rocking out too!

Laurie has an amazing energy to her that makes such a great show, and her band mates made such a perfect vocal and instrumental ensemble.  It was a true pleasure listening to her songs in person, as many times as we have listened to them before.  The show flew by and it was definitely a memorable experience.

Check out a short clip of the show (from “The Cat Came Back”):

We had a chance to meet Laurie and the band afterwards, and it was amazing to meet such a wonderful person.  An unforgettable experience and the band signed one of our well-loved copies of their CD. 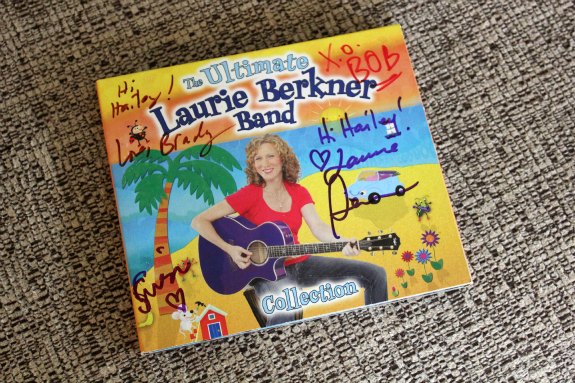 I highly recommend seeing The Laurie Berkner Band in concert – you can find tour dates on their website.

Check out the Laurie Berkner Band at http://www.laurieberkner.com/

You can check out their concert calendar here: http://laurieberkner.com/concerts/concert-calendar.html