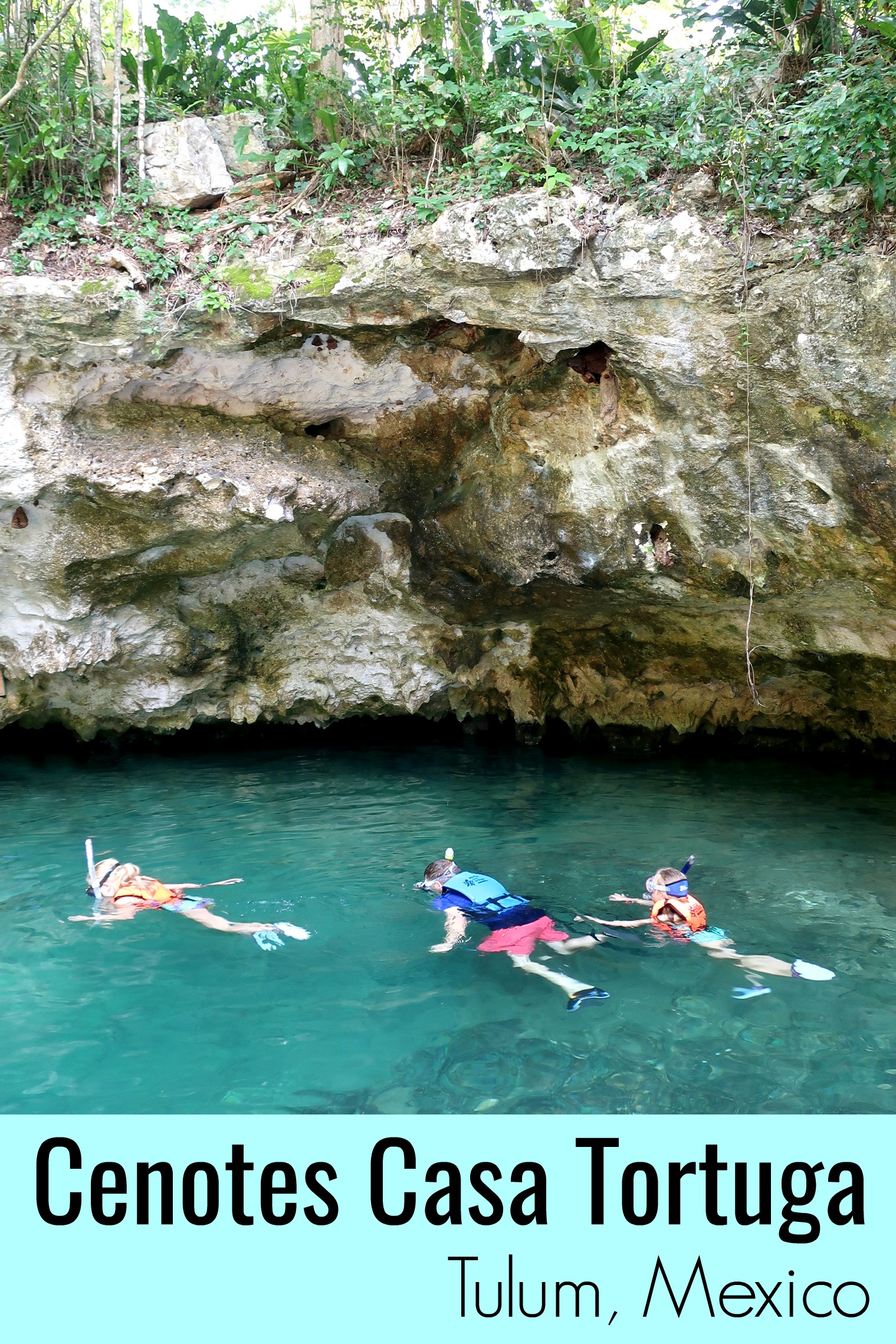 One of the cool things about the Yucatan are the cenotes, which are underground rivers where the ceiling has collapsed to create a great place to swim.

After looking at some different places – there are quite a few – we decided to try Cenotes Casa Tortuga, which has several cenotes to swim in.  There are other places in the area with a similar name, so make sure you are at the right place.  Tulum is almost 2 hours south of Cancun. 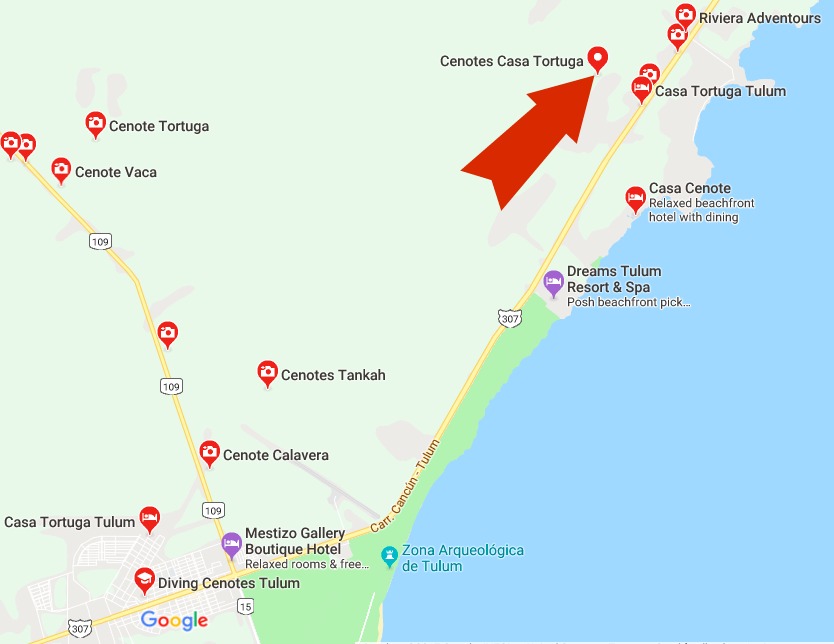 Cenotes Casa Tortuga is at Carretera cancun-tulum km239 in Tulum, and I would say it was about a 20 minute drive from downtown Tulum.  We took our rental car, but I believe there are some tour companies that will take you there as well. 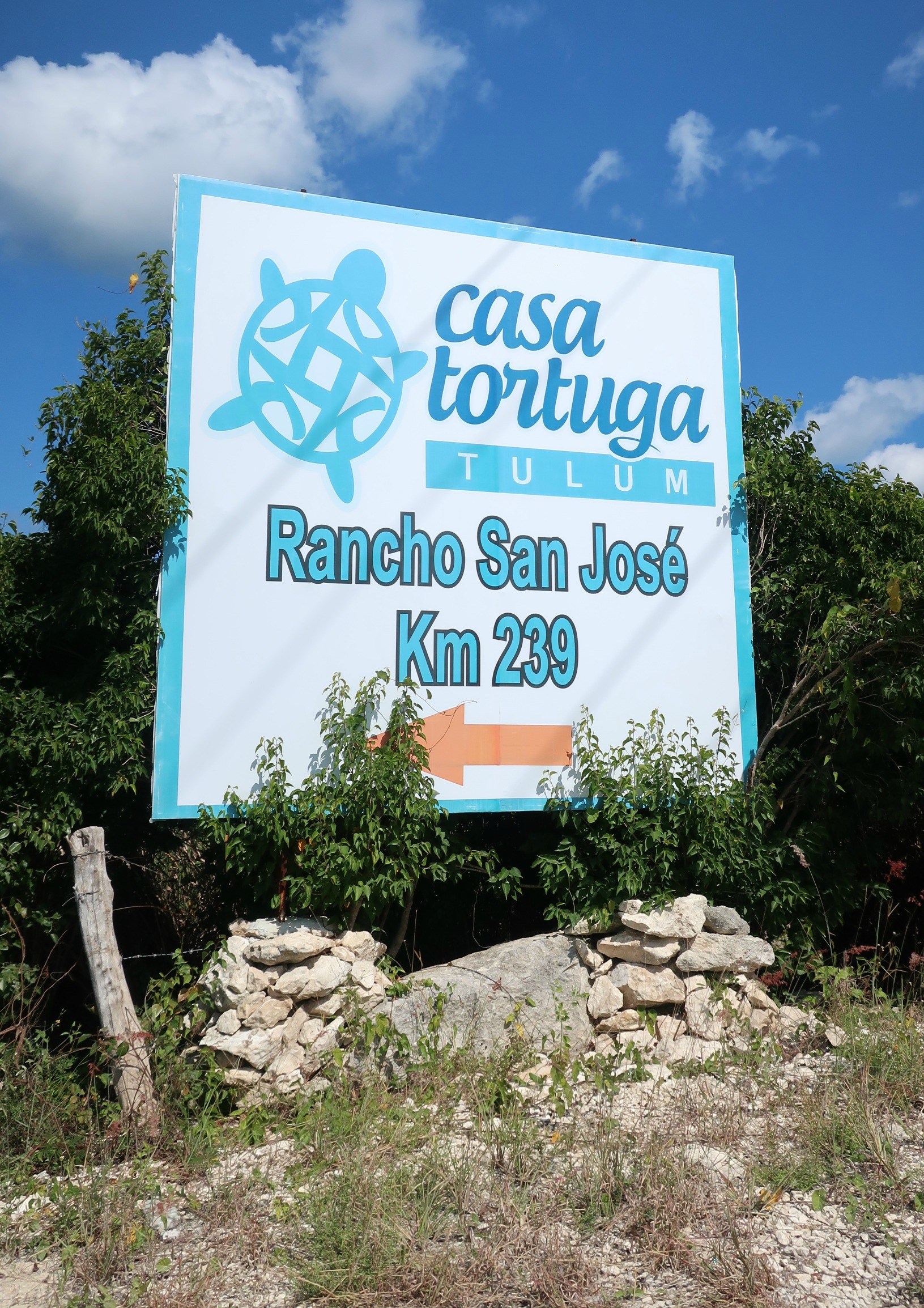 The one road sign was a little tough to see, but Google Maps did a pretty good job of getting us there. 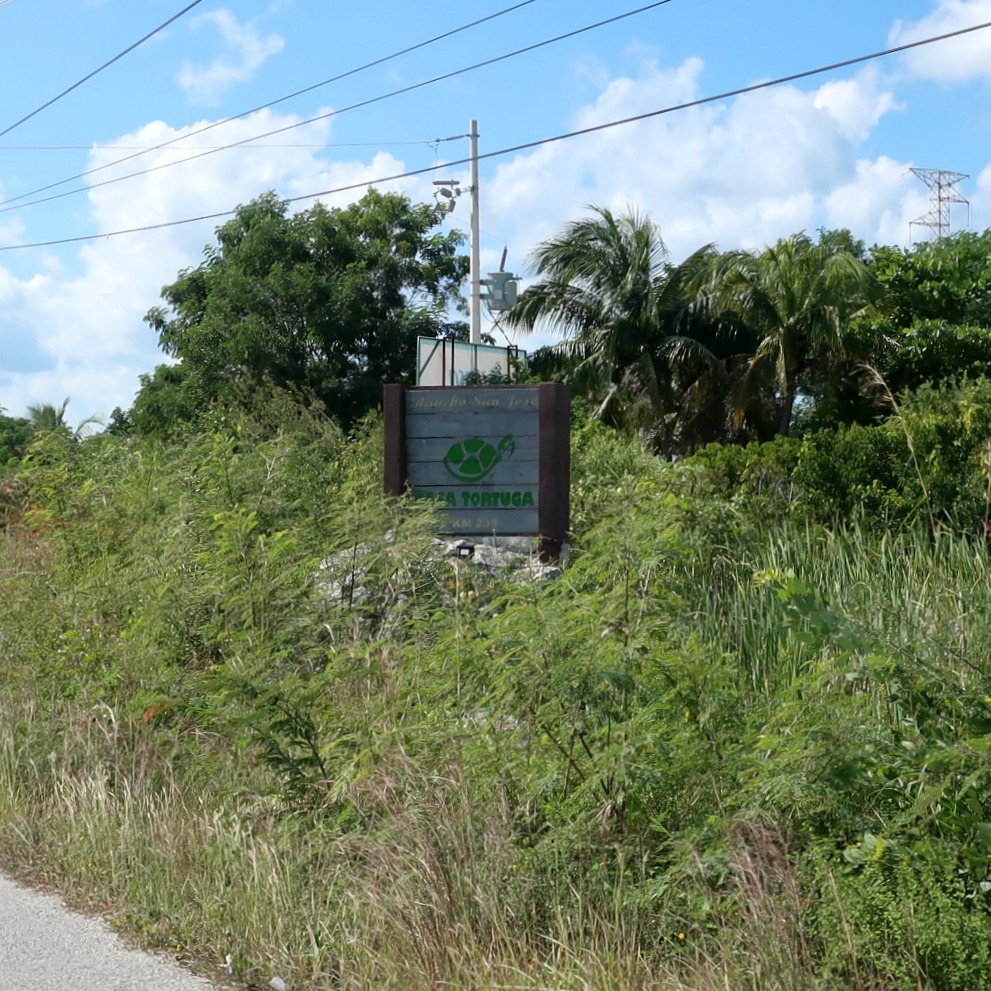 Once we pulled in, there is a guard at the gate, and we were able to tell him that we wanted to get to the cenotes.  You drive up a dirt road a bit until you get to the check-in area for the cenotes.  We paid for our tour and were provided with life jackets, and if you wanted, snorkeling equipment. 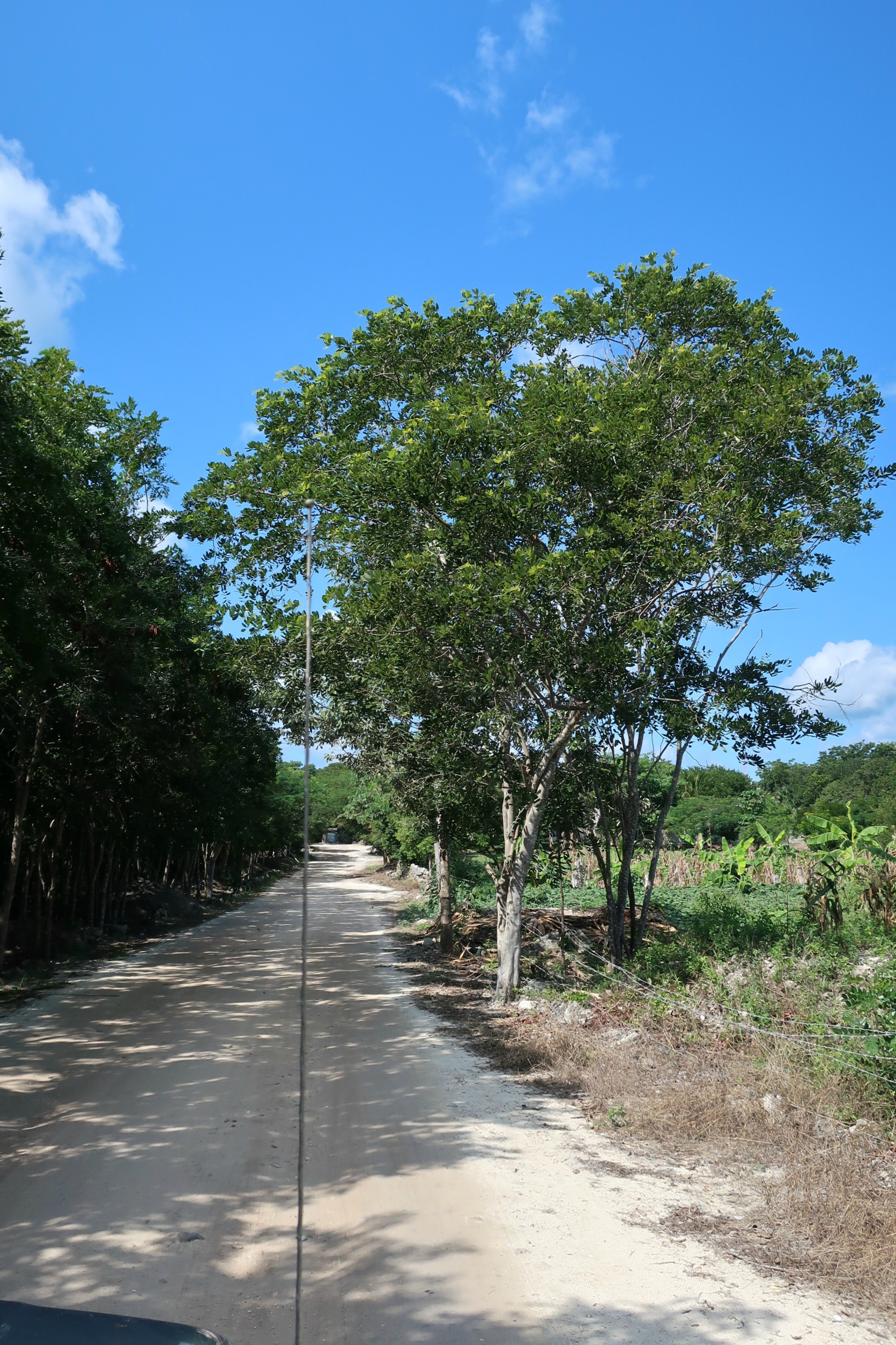 Note that you have to shower off before going in the cenotes, to remove things like sunscreen, bug spray, or other things that could contaminate the water.  There wasn’t a lot of sun exposure during our time here, so it was ok to go without sunscreen.  We encountered this on much of our trip to Mexico, so plan on using reef-safe sunscreen and/or washing off.

The first cenote is Cenote Caracol, which is a very short walk (about a minute) from where you check in.  (Ignore the sign along the path – we were heading to Caracol first!) 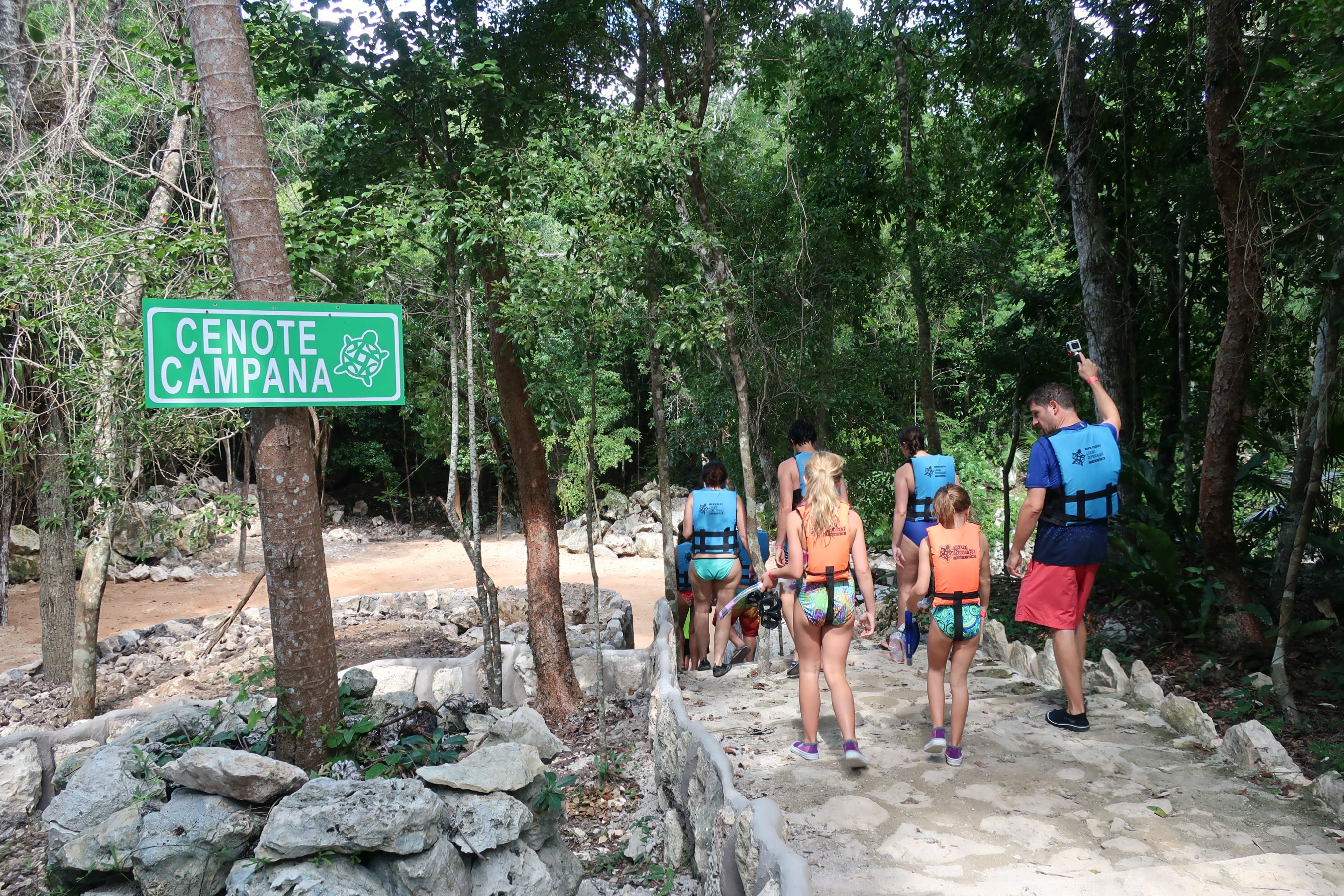 You can either jump in or walk in on rocks.  The guide headed in first to lead the group through the cenote. 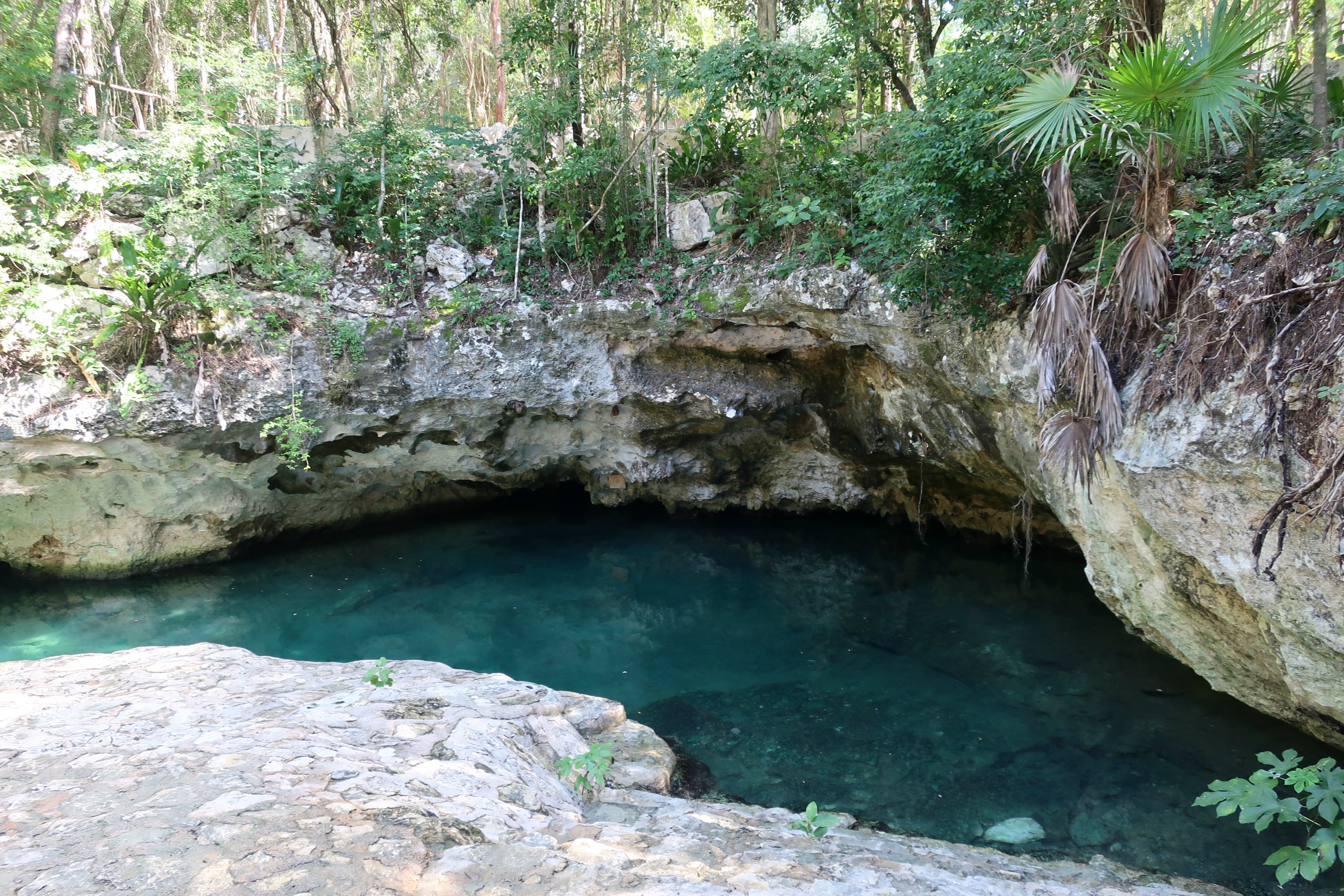 Everyone heading into the cave!  The ceilings were very low, but there was still enough room to have your head above water at all times. 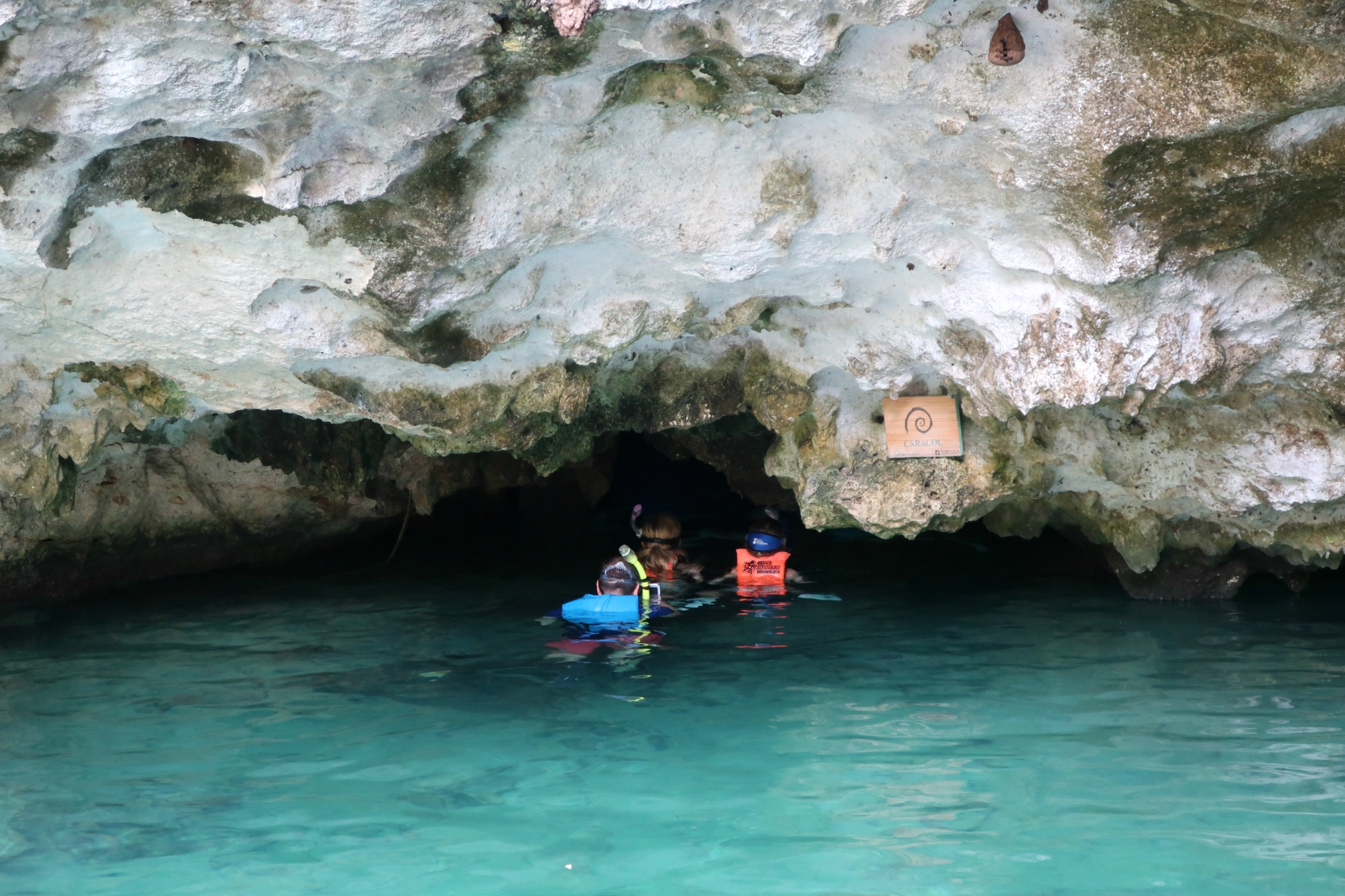 The water was beautiful! 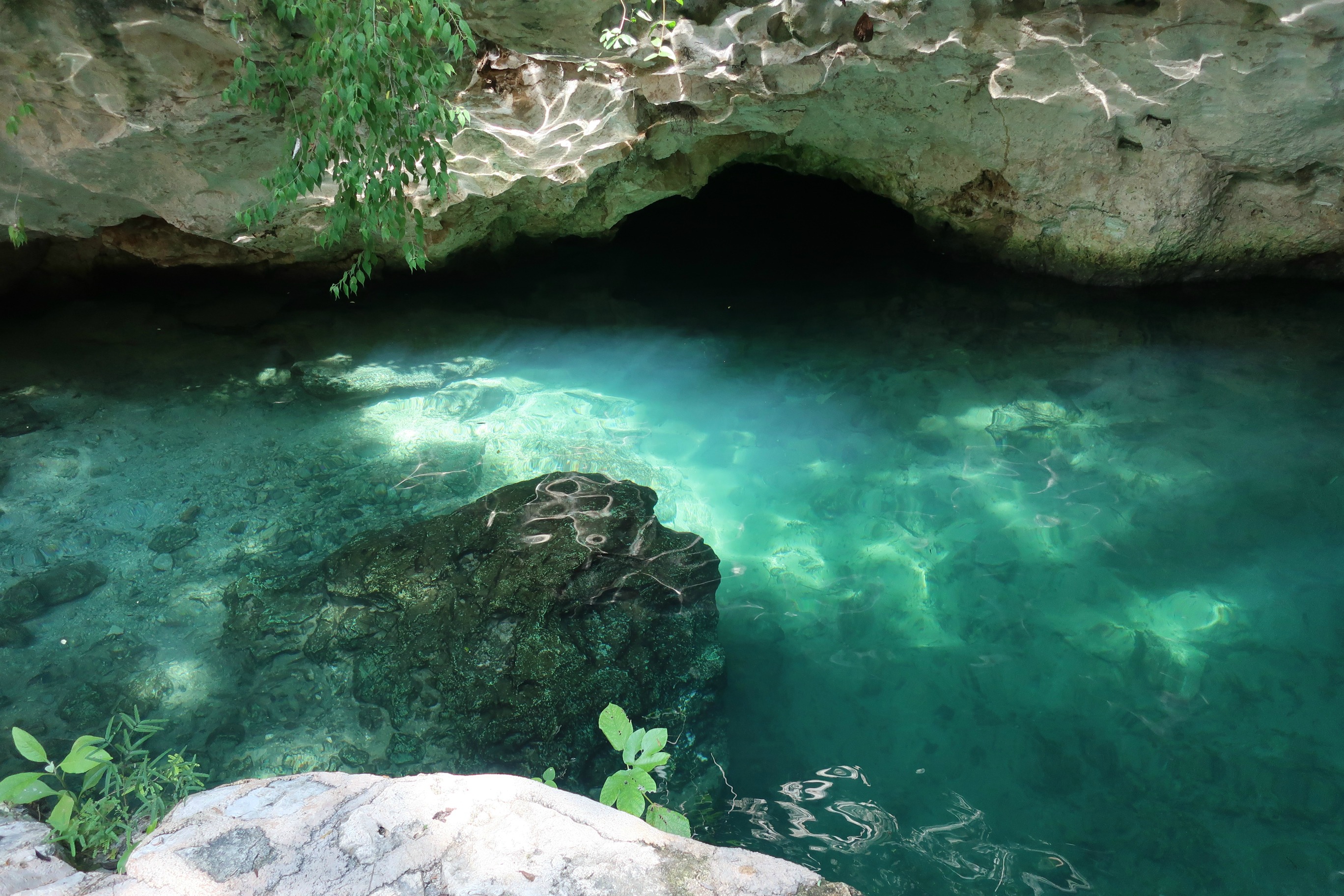 The second Cenote is Cenote Wisho, which was about a minute walk from Cenote Caracol. 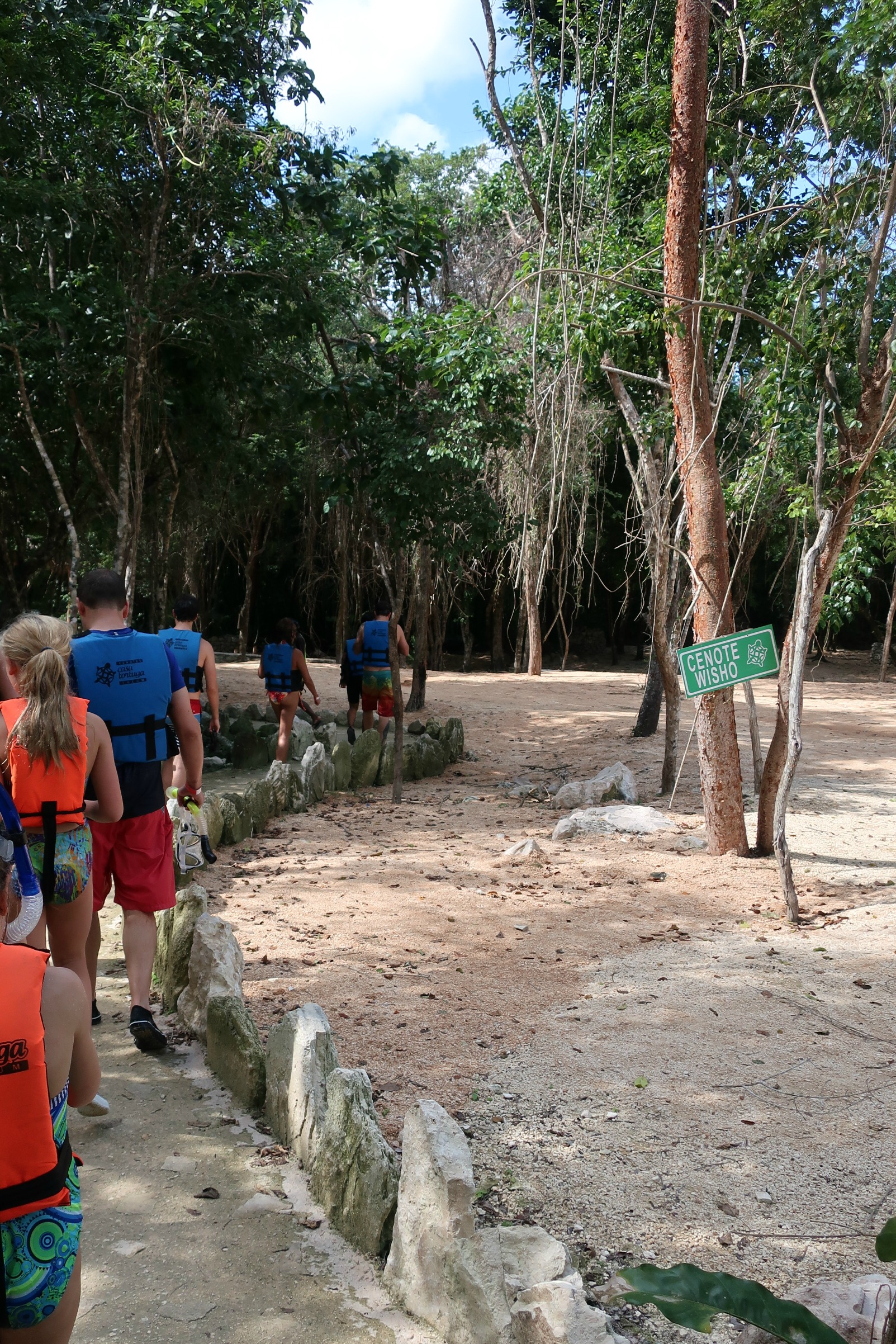 For Cenote Wisho, you have to walk down a set of stairs to get to the cenote. 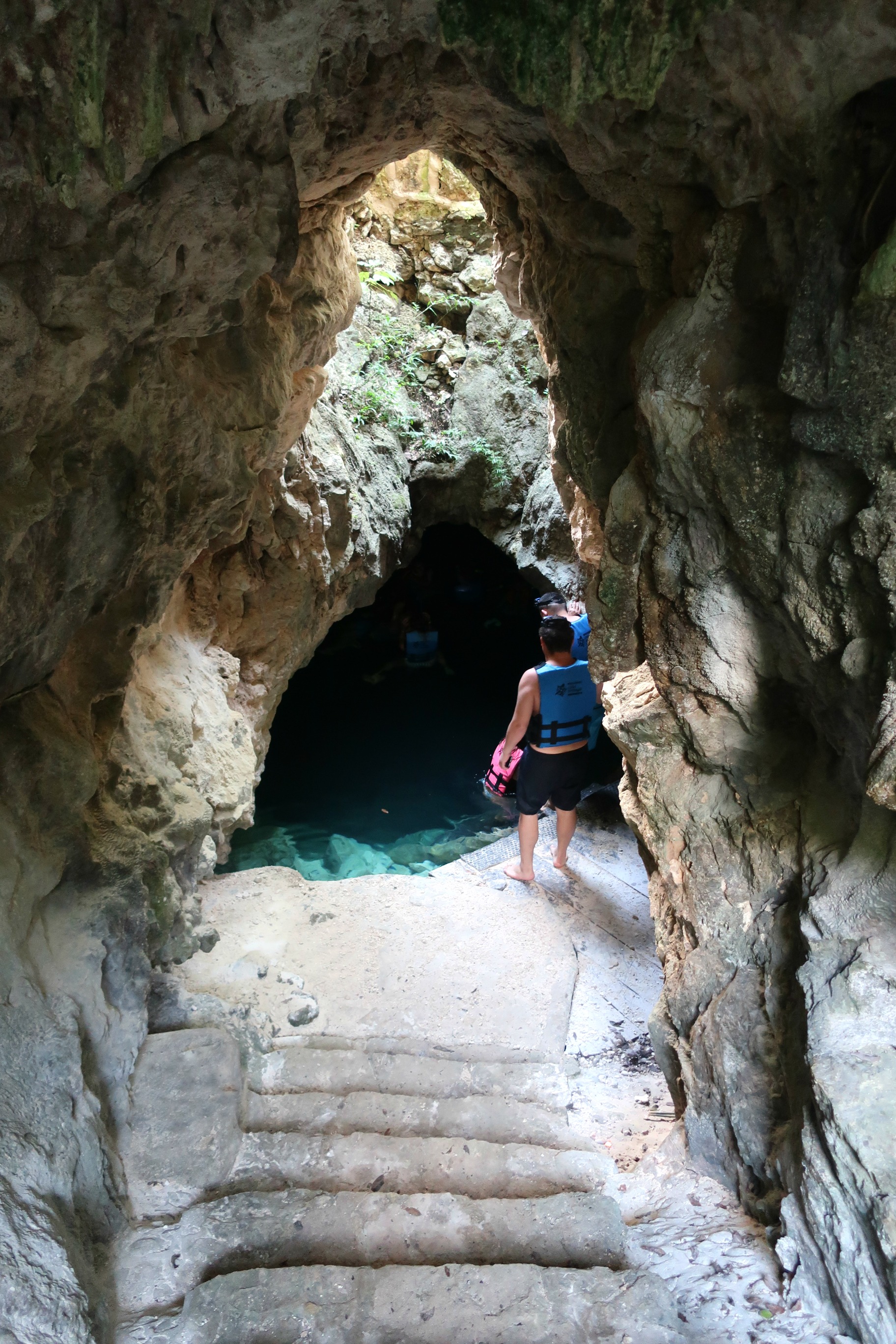 After a short swim through the cave, the swimmers reached the exit.  The guide (in the black wetsuit on the right side of the photo below) was really great in leading everyone through the caves. 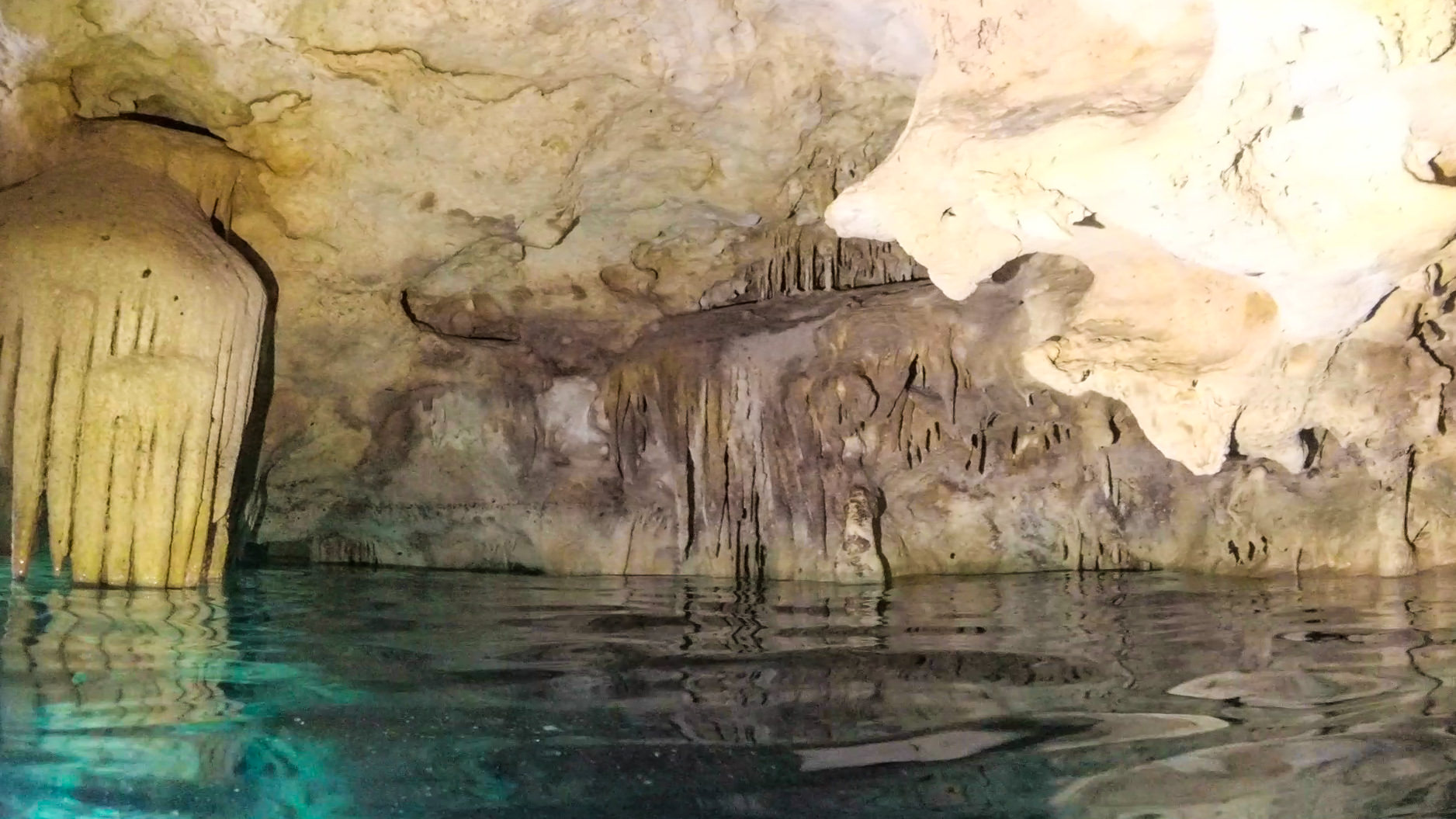 My kids are 8 and 10 and had no problem swimming through the cenotes. 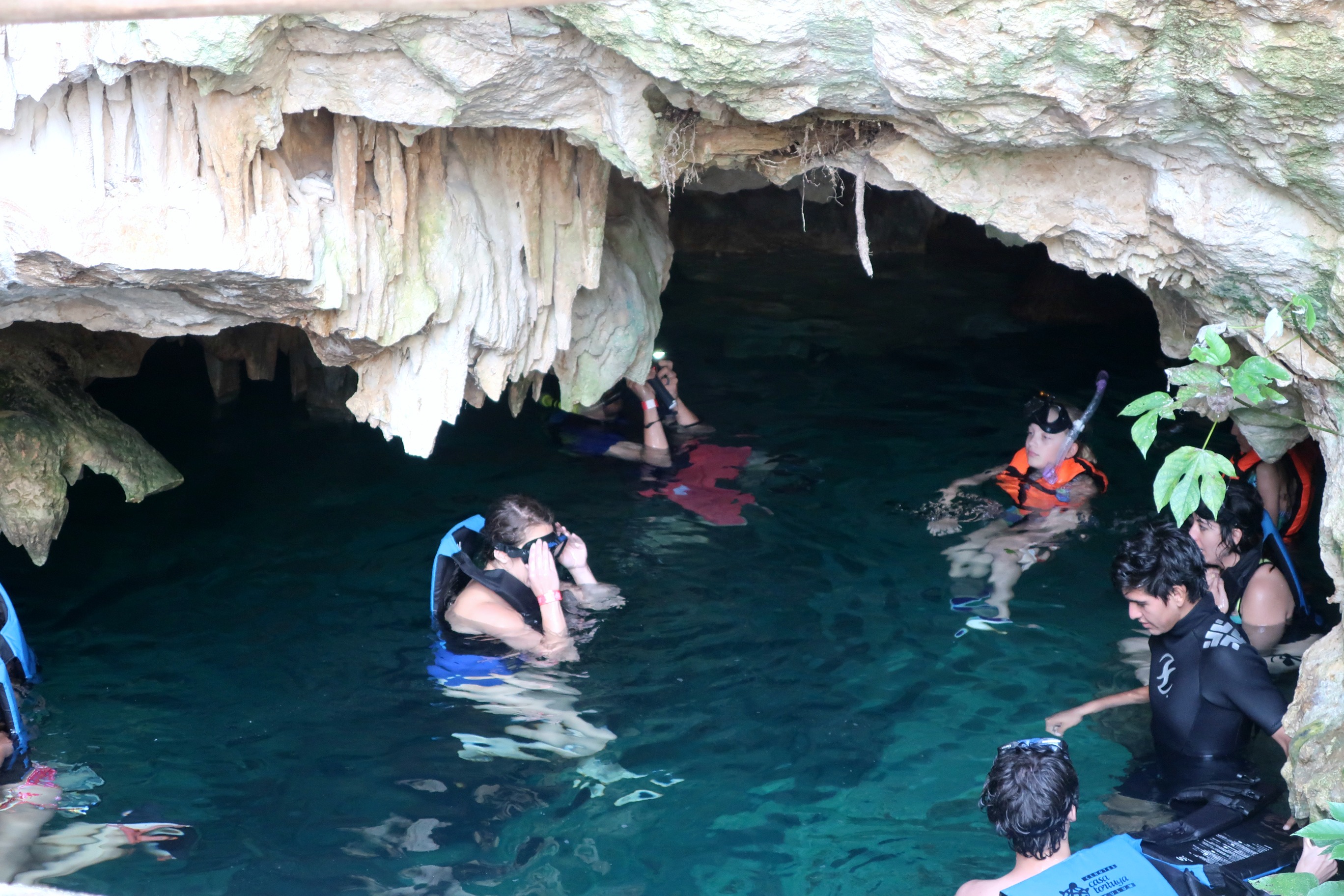 The third cenote at Cenotes Casa Tortuga is a large, open cenote, where we were told we could swim as long as we liked.  This cenote requires a short hike – maybe 5 minutes.  This is a larger one that is all open, and you can swim in more of a loop. 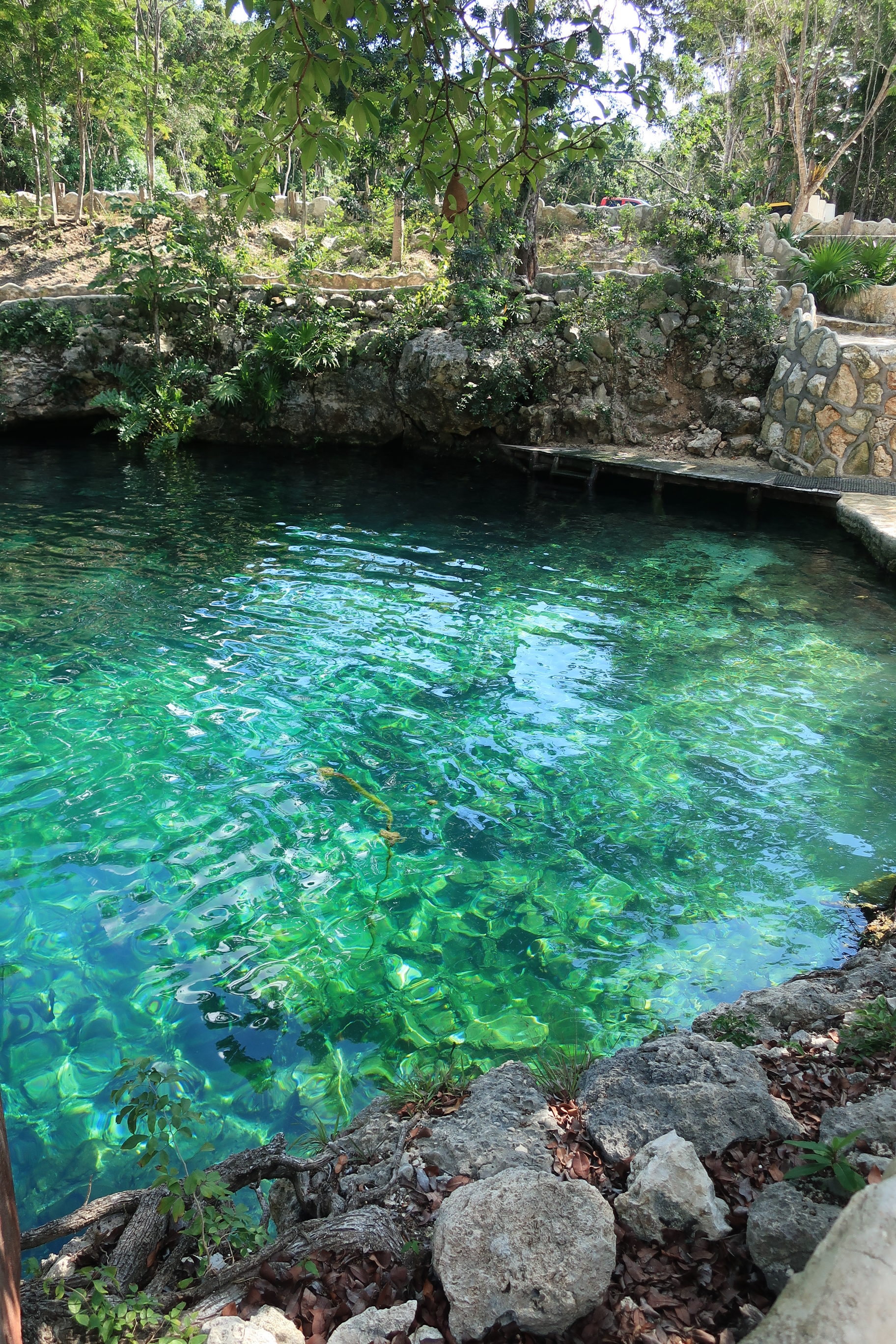 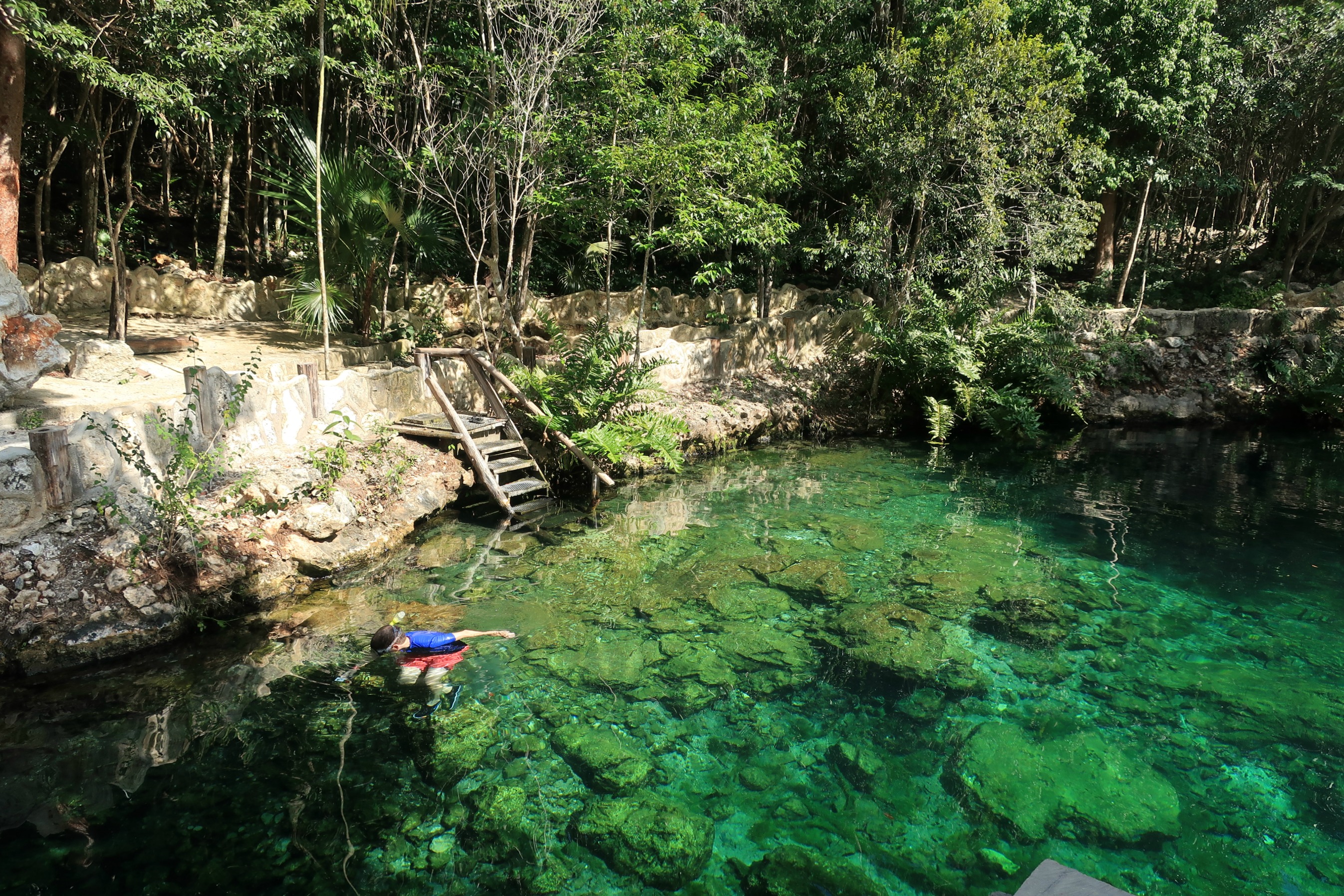 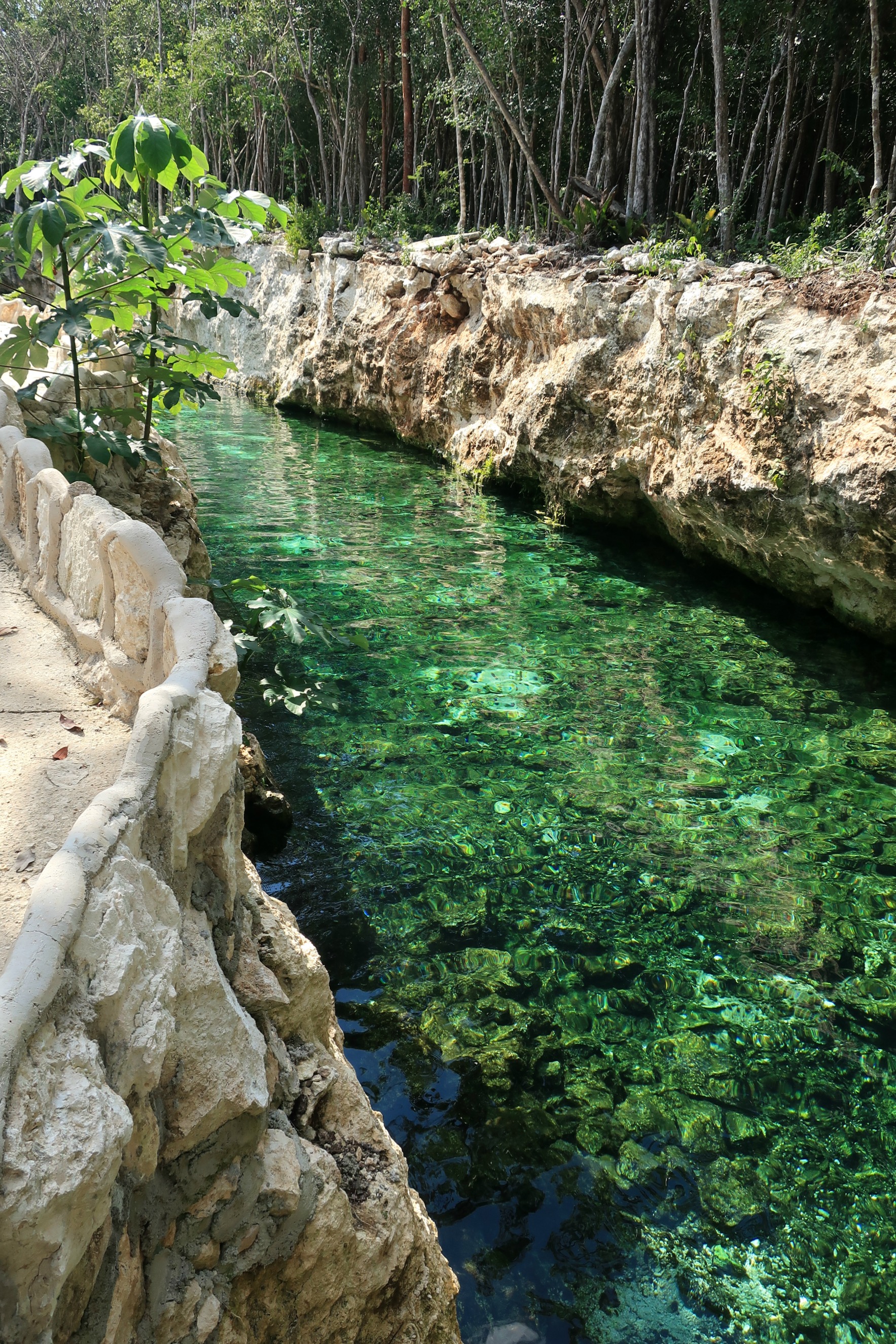 That was, until they heard there was a spot you could jump off a cliff.  No exaggeration – I think they jumped off that cliff for at least 1.5 hours until we told them we had to go because we were late for our next excursion! 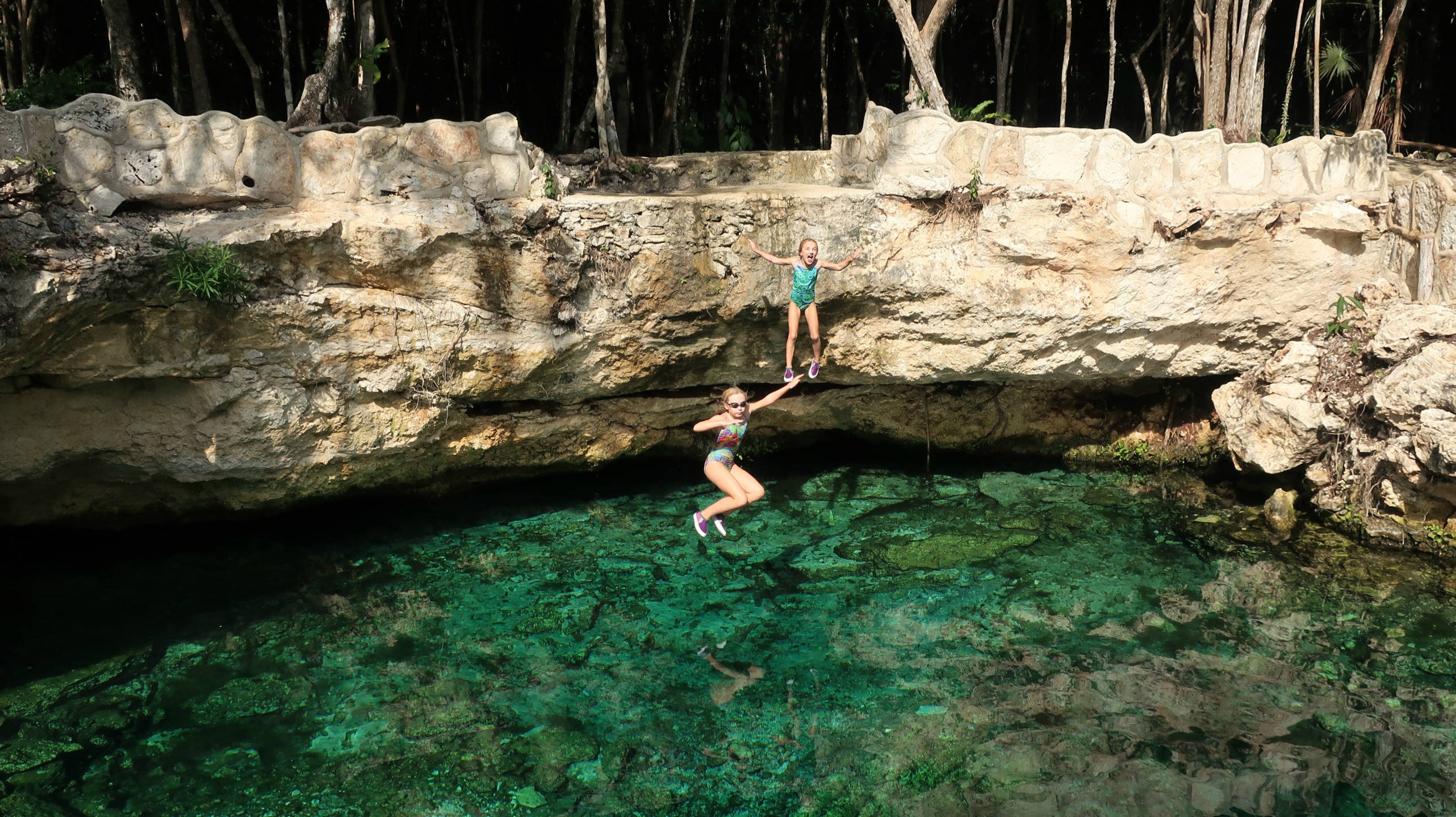 They had so much fun jumping off the ledge, and everyone else left after about 15 minutes, so we had the place to ourselves.

The water is just beautiful! 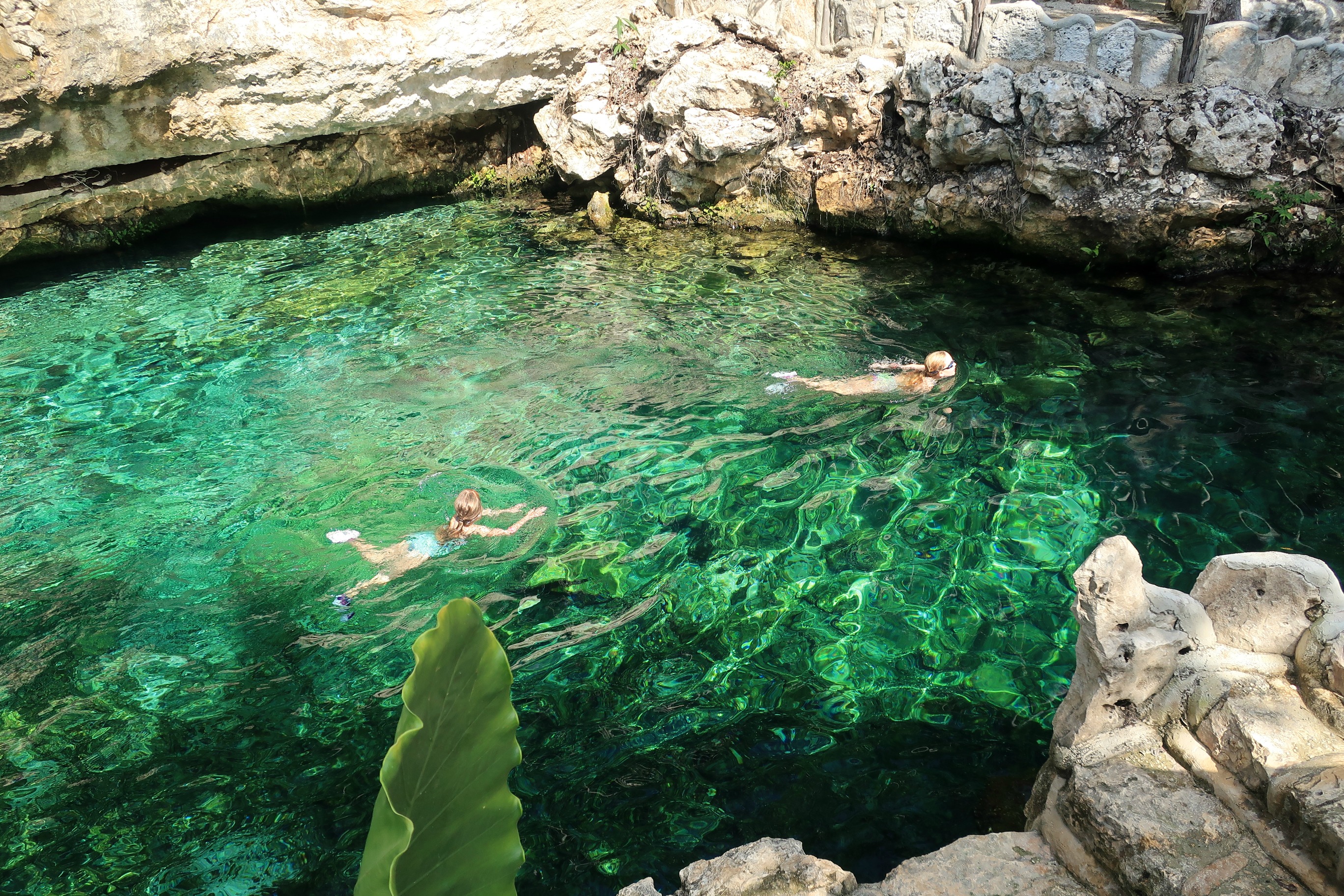 There were some neat fish in the water too. 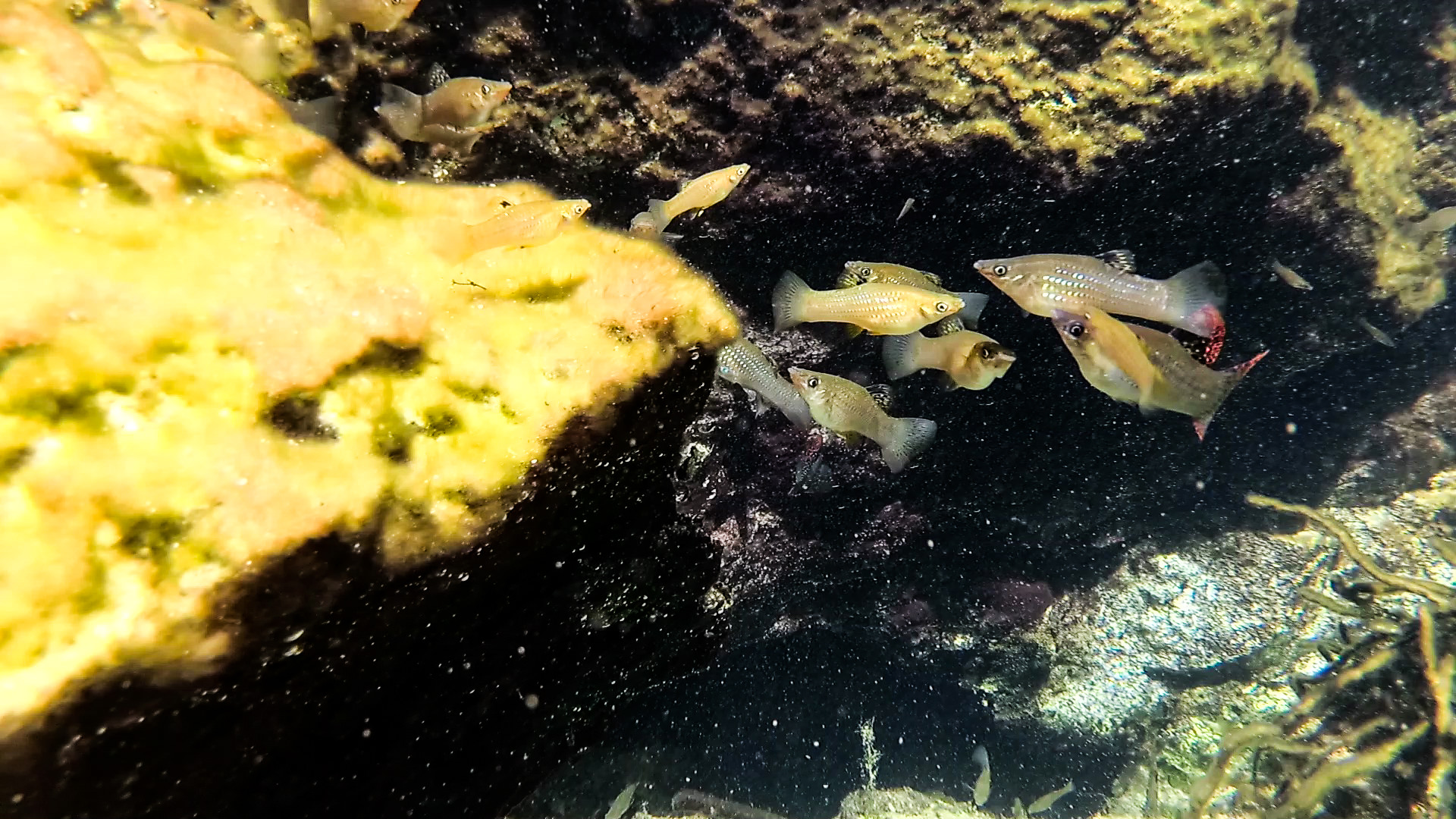 At Cenotes Casa Tortuga, there are bathrooms, changing rooms, and a restaurant on site. 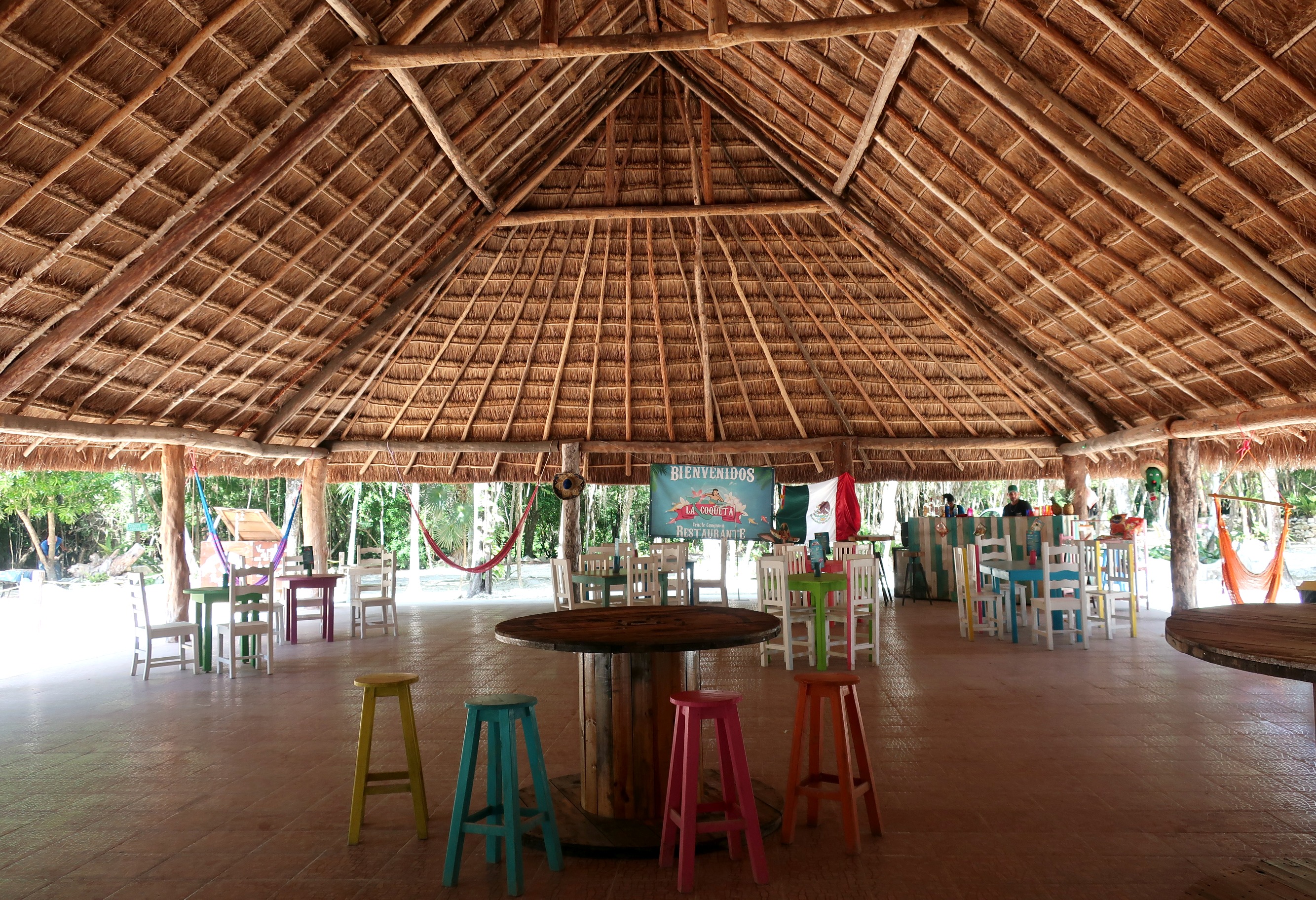 We had a fantastic time at Cenotes Casa Tortuga.  Now, one of the main reasons we chose this tour is because we saw a video of people ziplining over Cenote Tortuga online, which of course wasn’t part of the three cenotes we visited.  We asked at the end of the tour and were told that the water wasn’t as clear but that we were welcome to check it out.  It also looked like there was a platform over the third cenote that may have been used for a zipline in the past.  The kids were very disappointed, but the cliff jumping made up for it.

There is a photographer there to take your pictures, but the photos are expensive.  It is an option if you want some pictures from the trip and you don’t have a camera with you.

~ Swimsuit
~ Water shoes or at least some kind of shoe for hiking between cenotes
~ Waterproof camera
~ Money for entrance fee, also if you want to get drinks or food
~ Swim gear if you want your own (we brought our own snorkels and goggles – used the snorkels on the guided tour and the kids used their goggles for free swimming time)

Some of our related reviews:

Tips for Traveling to Mexico with Kids