Our Girl Scout Trip to the Apple Store 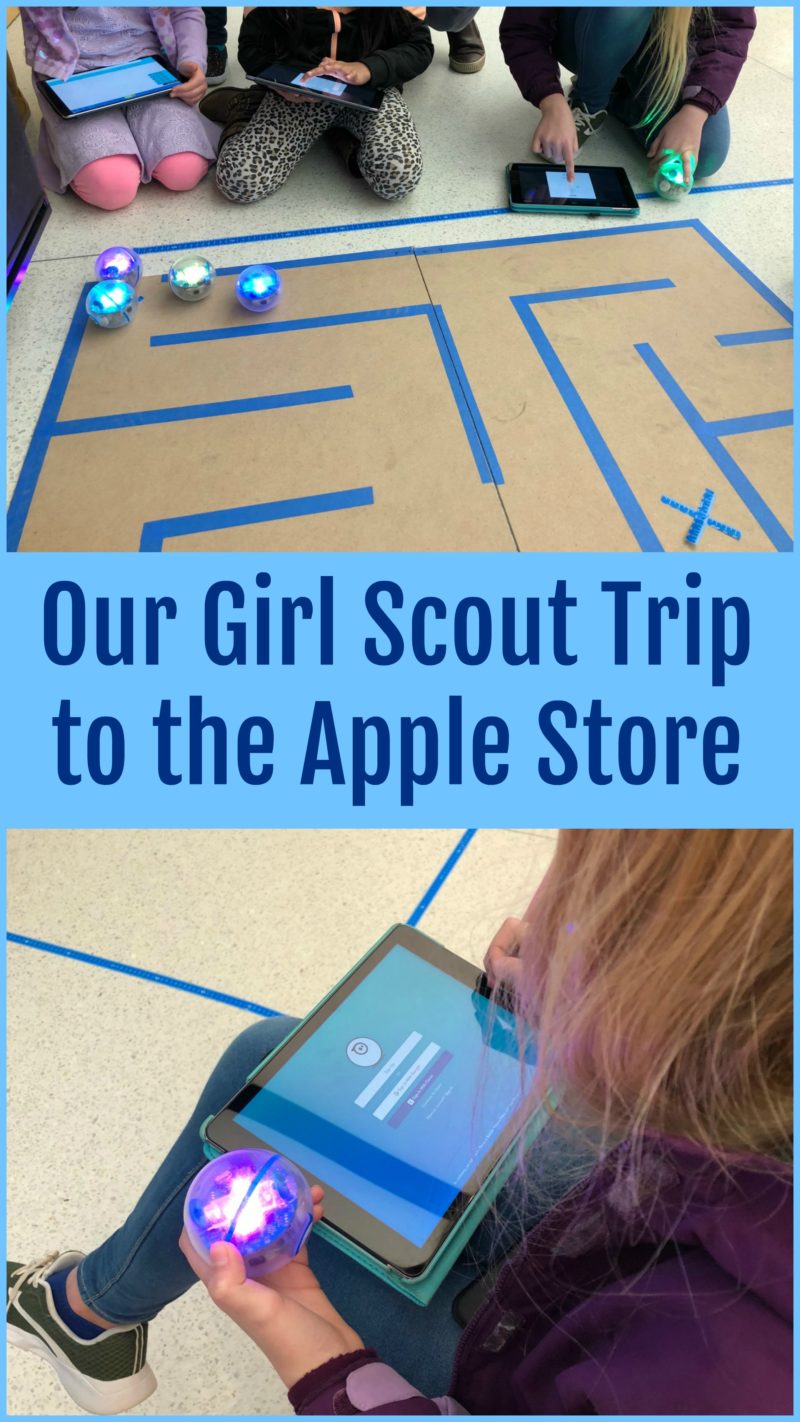 I am always looking for cool things to do with my Girl Scout troop, and I heard about field trips to the Apple Store through an online Girl Scout forum.  I had also heard a rumor that the Apple Store would be discontinuing field trips, so I wanted to get our troop in for a class before there was any possibility of missing out.  (I did ask at the store and was told that there was no plan to stop offering field trips).

I filled out a form on the Apple website, and was contacted not long after by an employee at the Apple Store.  I was given a variety of options for our troop activity, and chose the Hour of Code with Sphero.  Our meeting usually runs 6:30-7:30 on a weekday night, and they were able to accommodate our meeting time.

Our instructor started the lesson on what we would be doing, and the basics of how to code Sphero robots. 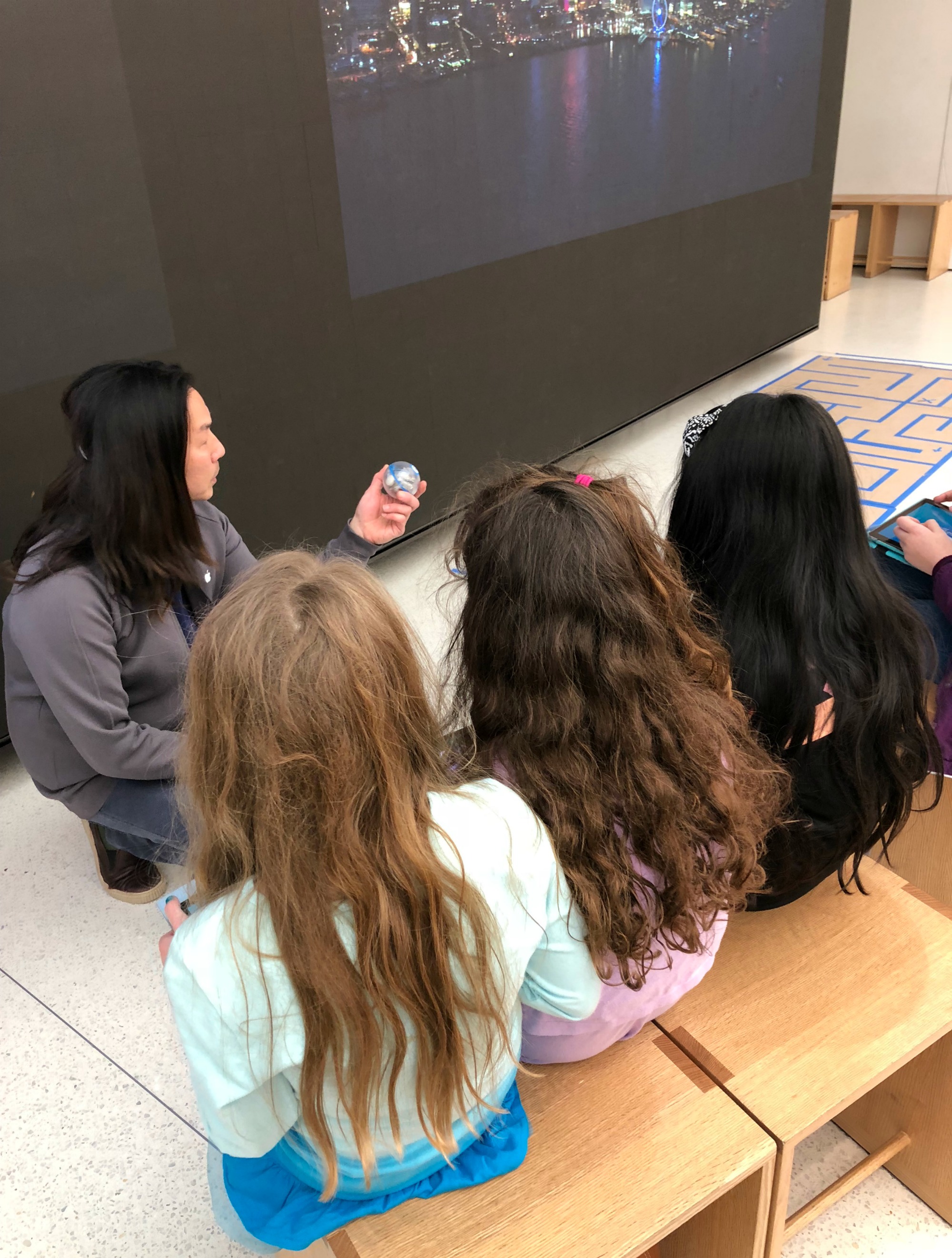 Each girl was given an iPad as needed and a Sphero robot to use. 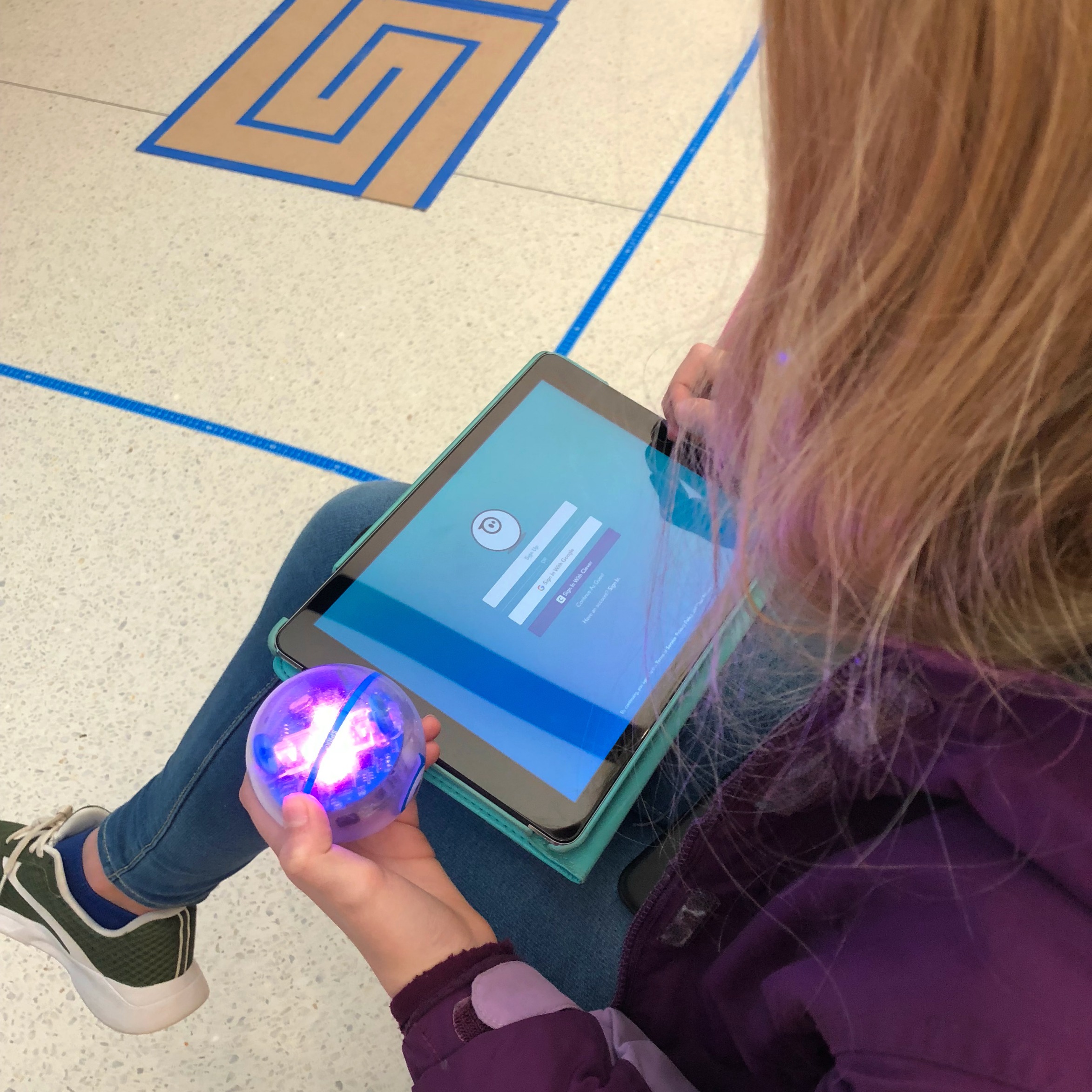 The girls started by pairing their iPads, and choosing different colors for their Sphero robots (so they could tell them apart).

The instructor brought up his iPad screen for everyone to see and learn how to code their Sphero. 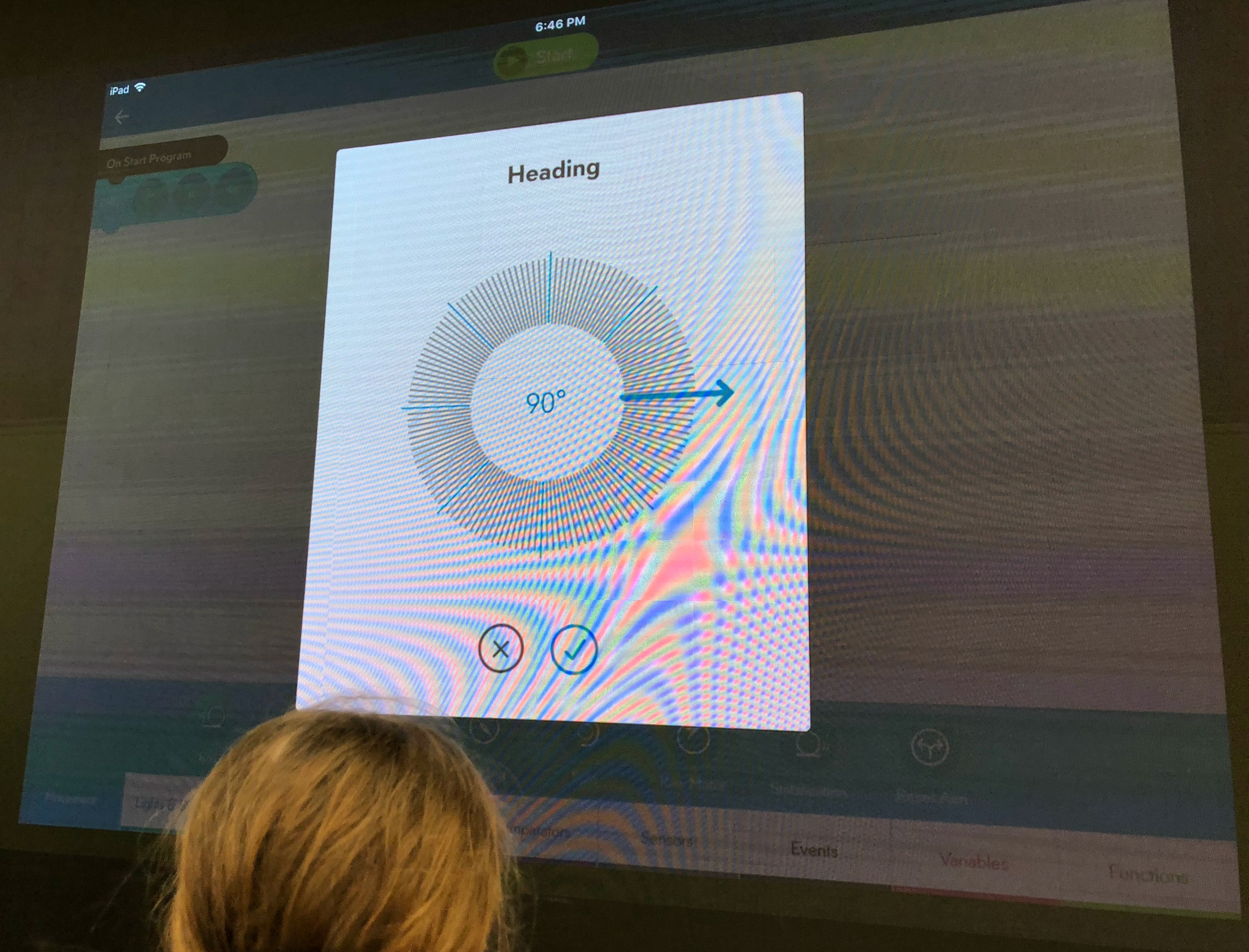 Most of my scouts are in 3rd grade, and some of the coding was a little difficult for them – but that was totally ok.  Looking at them, you could tell they were thinking quite a bit.  I loved looking at their faces and seeing them so engaged in their coding.  Even though some of the concepts were a little over their heads, there was plenty for them to do with their Sphero robots. 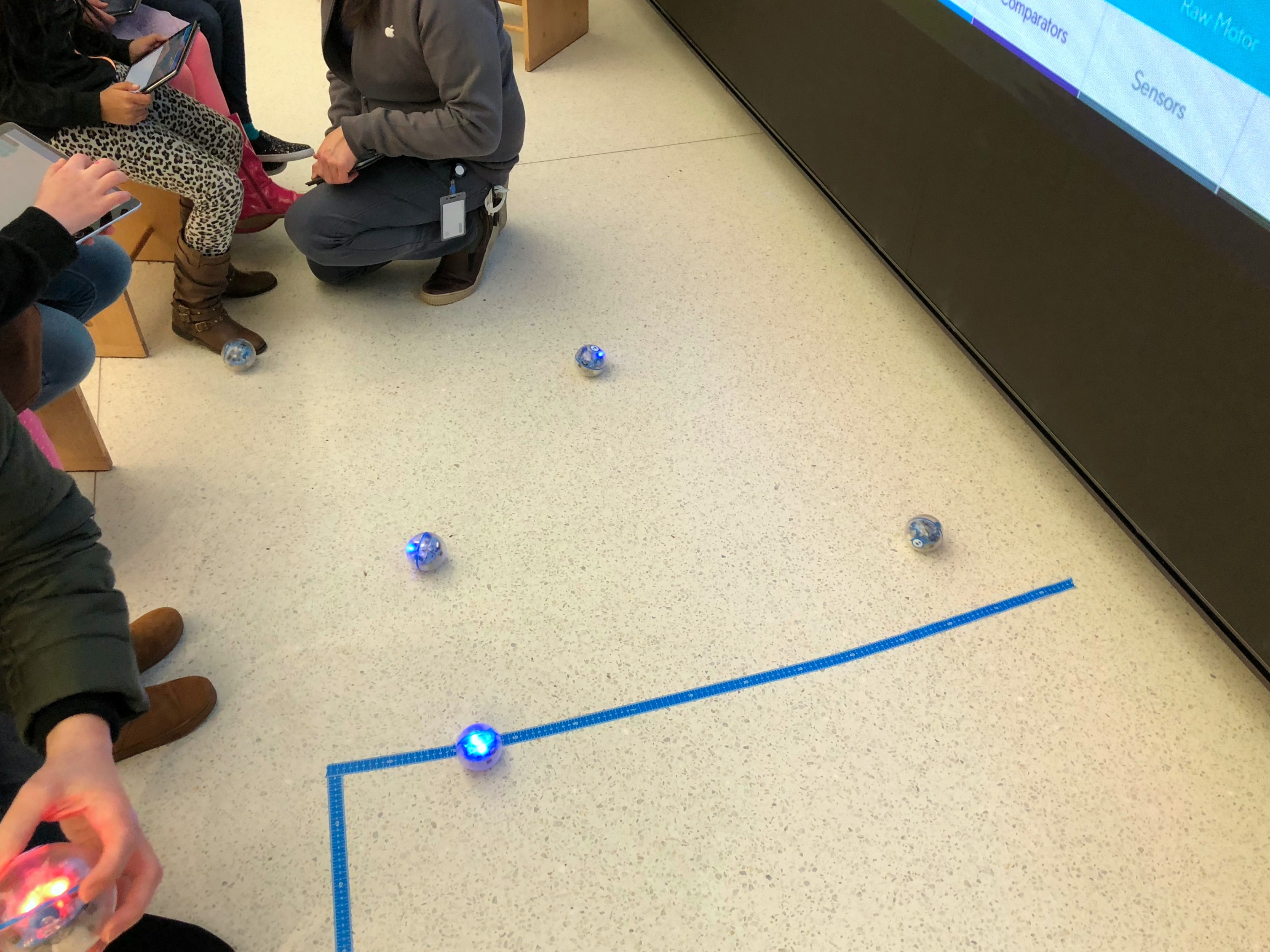 Their challenge was to code their Sphero robot to maneuver through the maze.  For this, you have to make a series of commands to tell it what direction (in degrees) to travel, how fast, and for how long.  For example, 90 degrees, at a speed of 40, for 3 seconds.  The next command would tell the Sphero robot to turn and travel the next length, and so on. 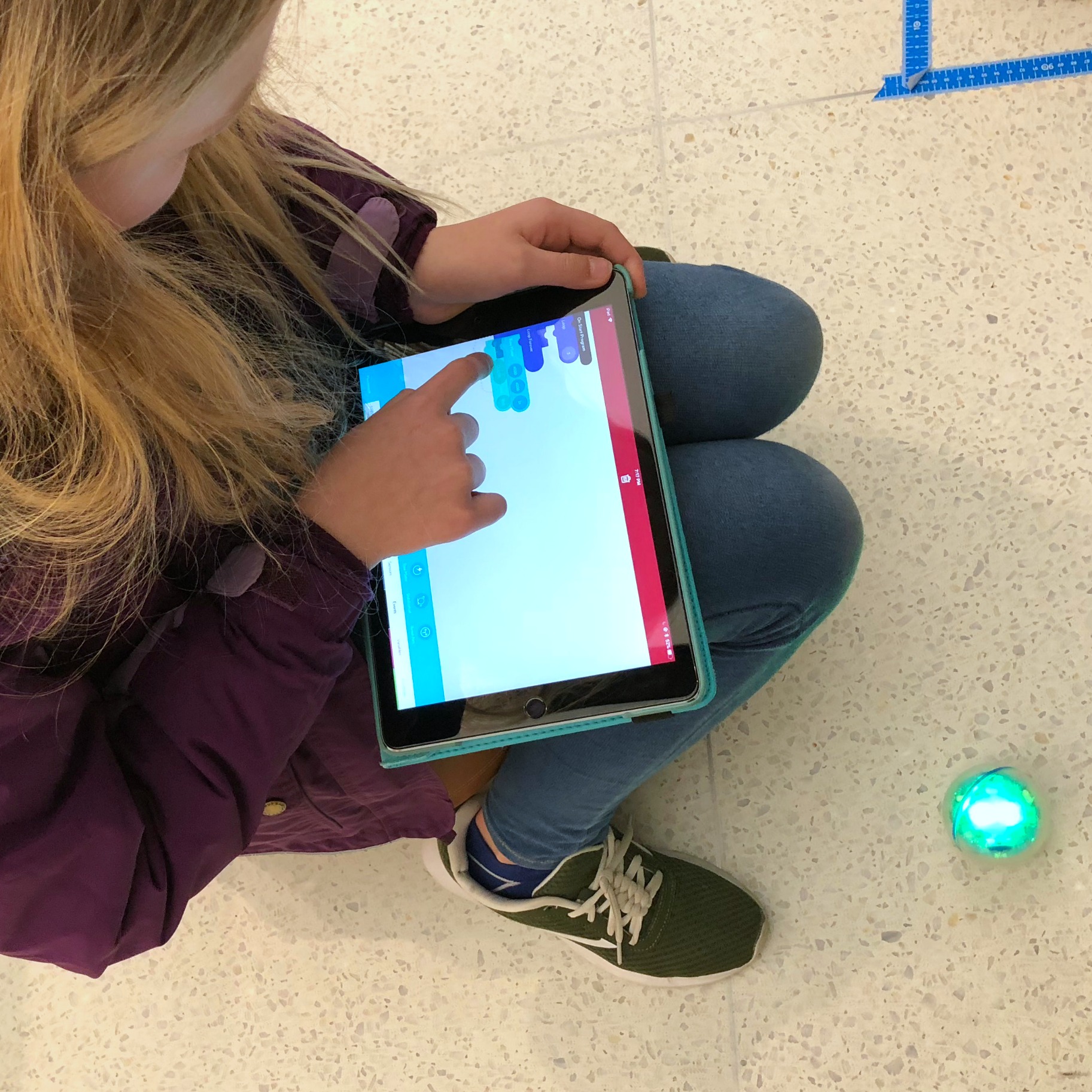 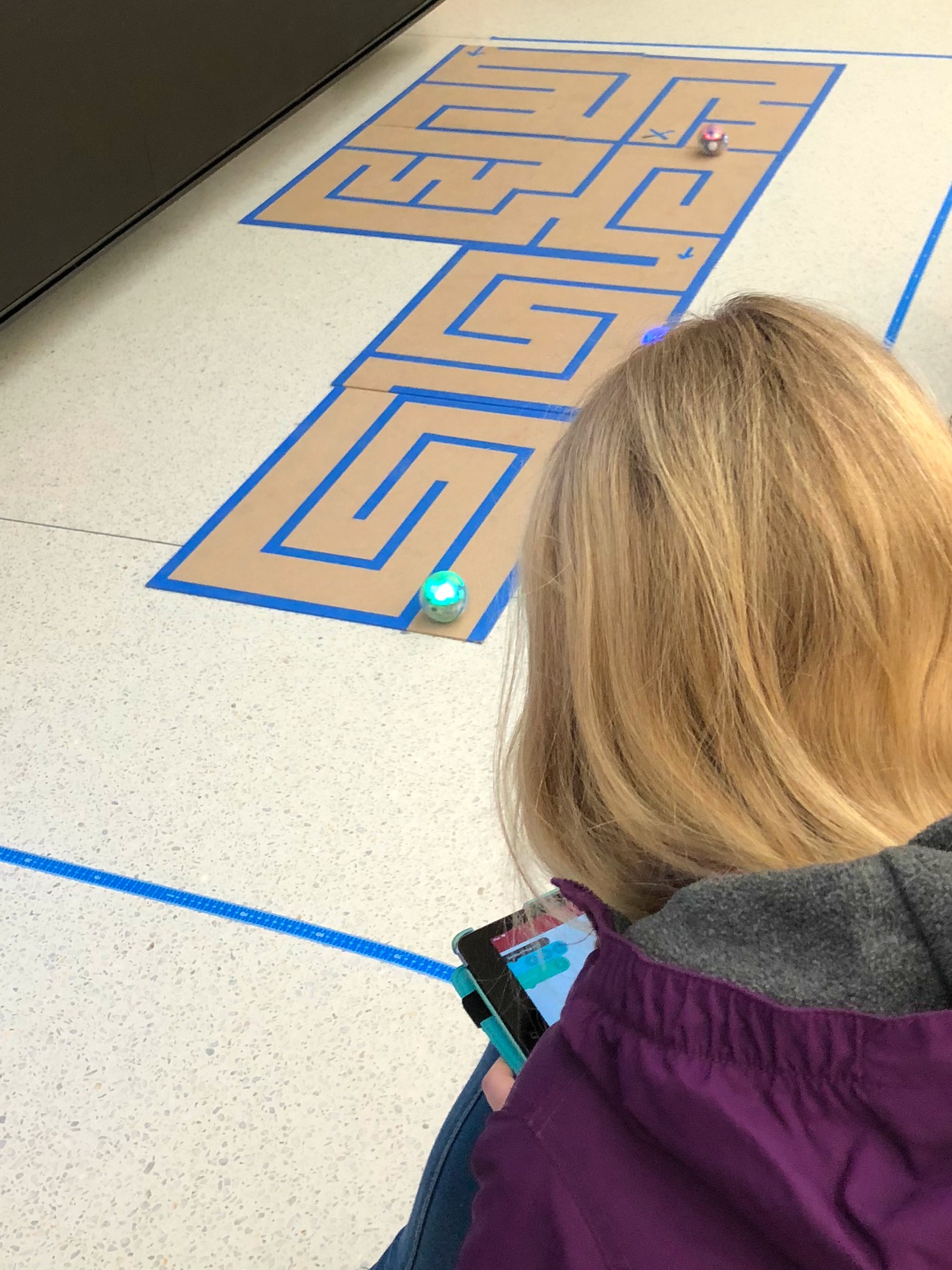 Since the girls struggled a little bit with figuring out degrees to turn their Sphero, they were just as happy to see what else the Sphero robots could do, from sounds to jumping.  I loved that their hour of coding was versatile enough to get them thinking and checking out different possibilities. 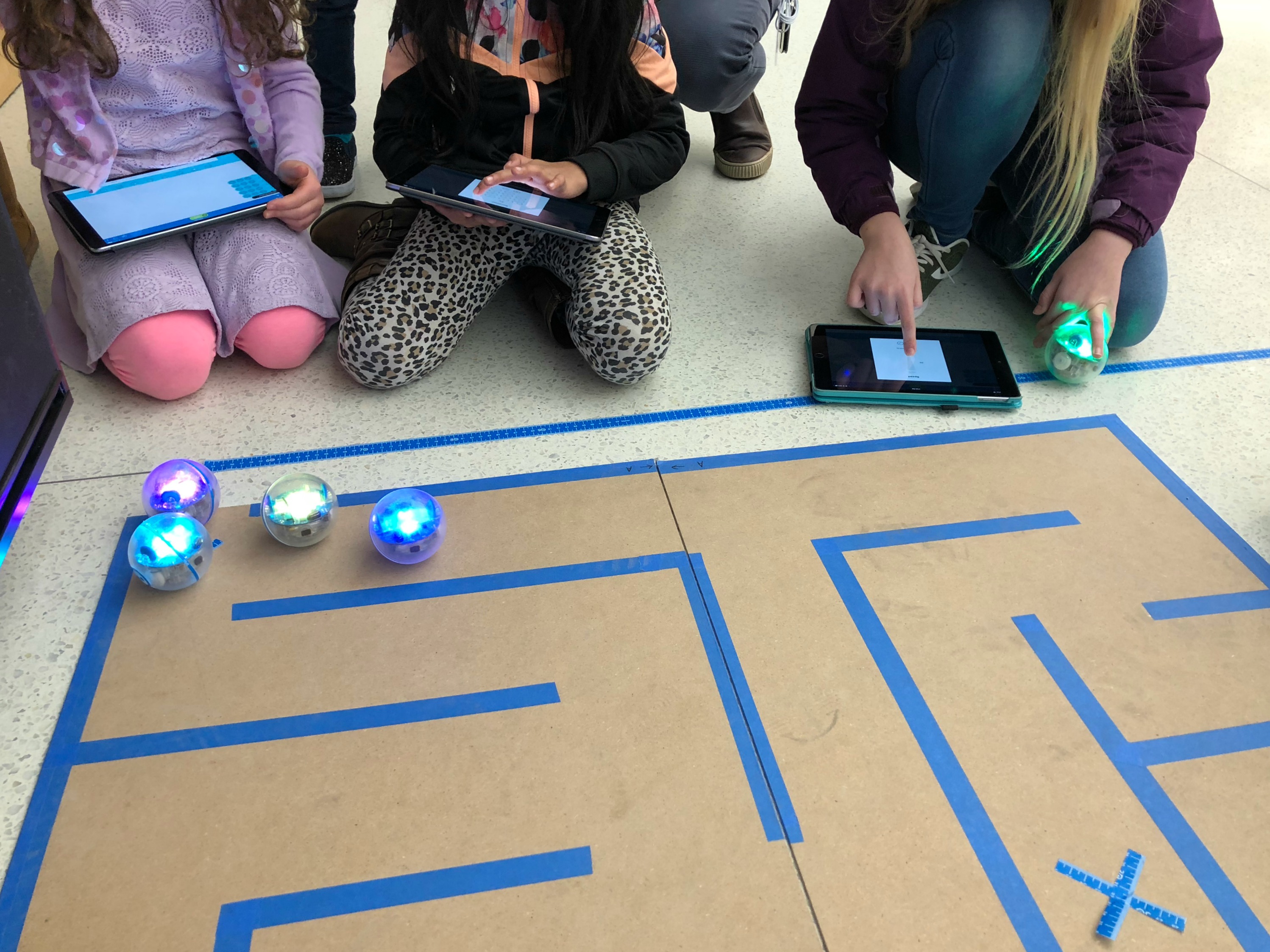 We had a great time on our field trip to the Apple Store.  It was fun for the girls to have a new experience and be able to try new things.  I would definitely recommend this to other troops or groups.

A big thanks to the Apple Store in Crossgates Mall for hosting us!

Check out the Apple field trips page at https://www.apple.com/retail/fieldtrip/

The Apple Store also offers public programs on a regular basis, and the Hour of Code is actually available as a public event.  Check out that info here:

Check out our other Girl Scout activities: