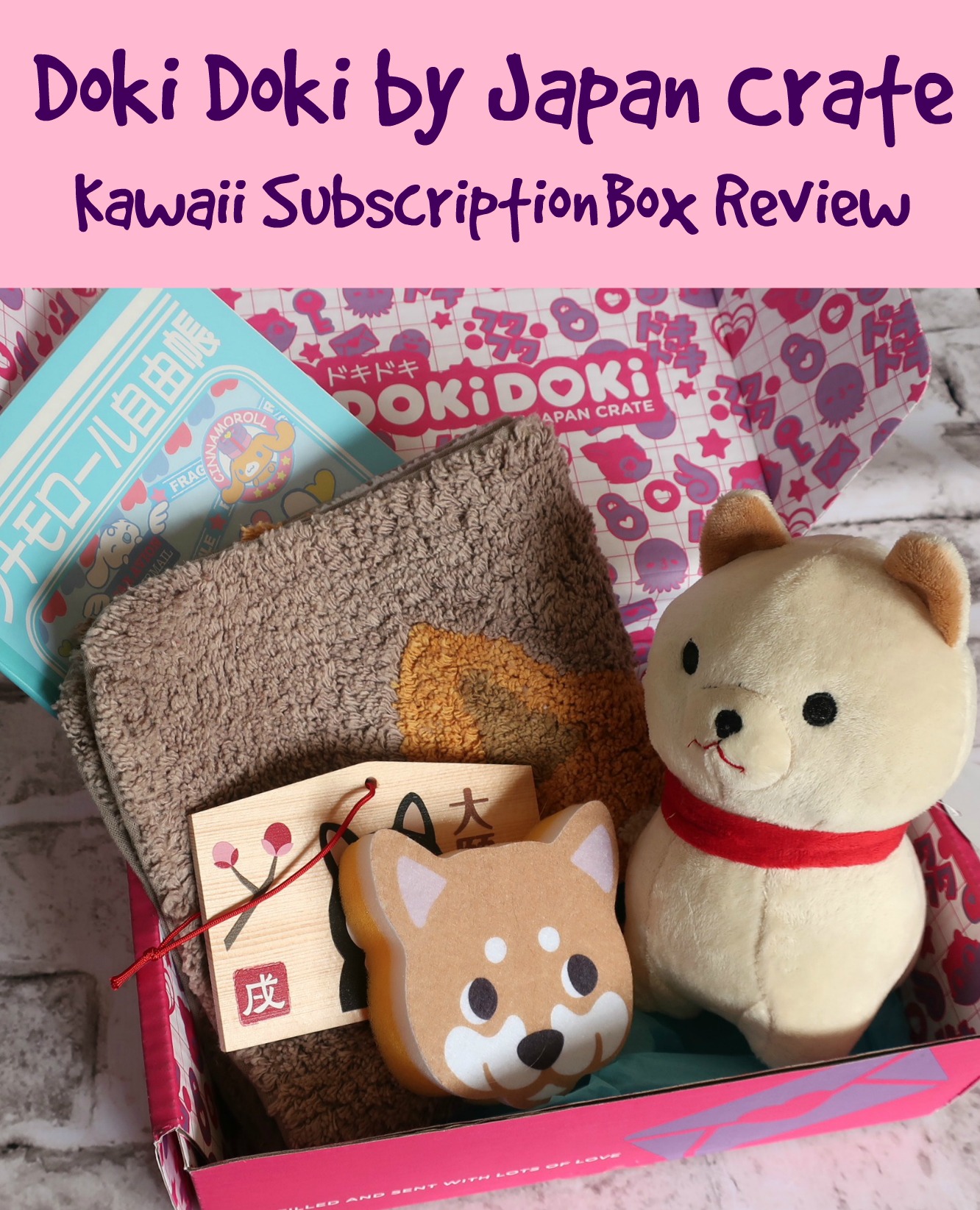 I kids love all things kawaii, so when I heard there was a Doki Doki box Groupon deal, my mom decided to get a box for my me for Christmas.  This is a subscription box that is kawaii themed, with 5-7 items in it.

The first box arrived around Christmas.  Keep in mind that the box is actually shipping from Japan, so it actually takes a while to arrive.  There was a lot of anticipation as far as waiting around for the box to arrive! 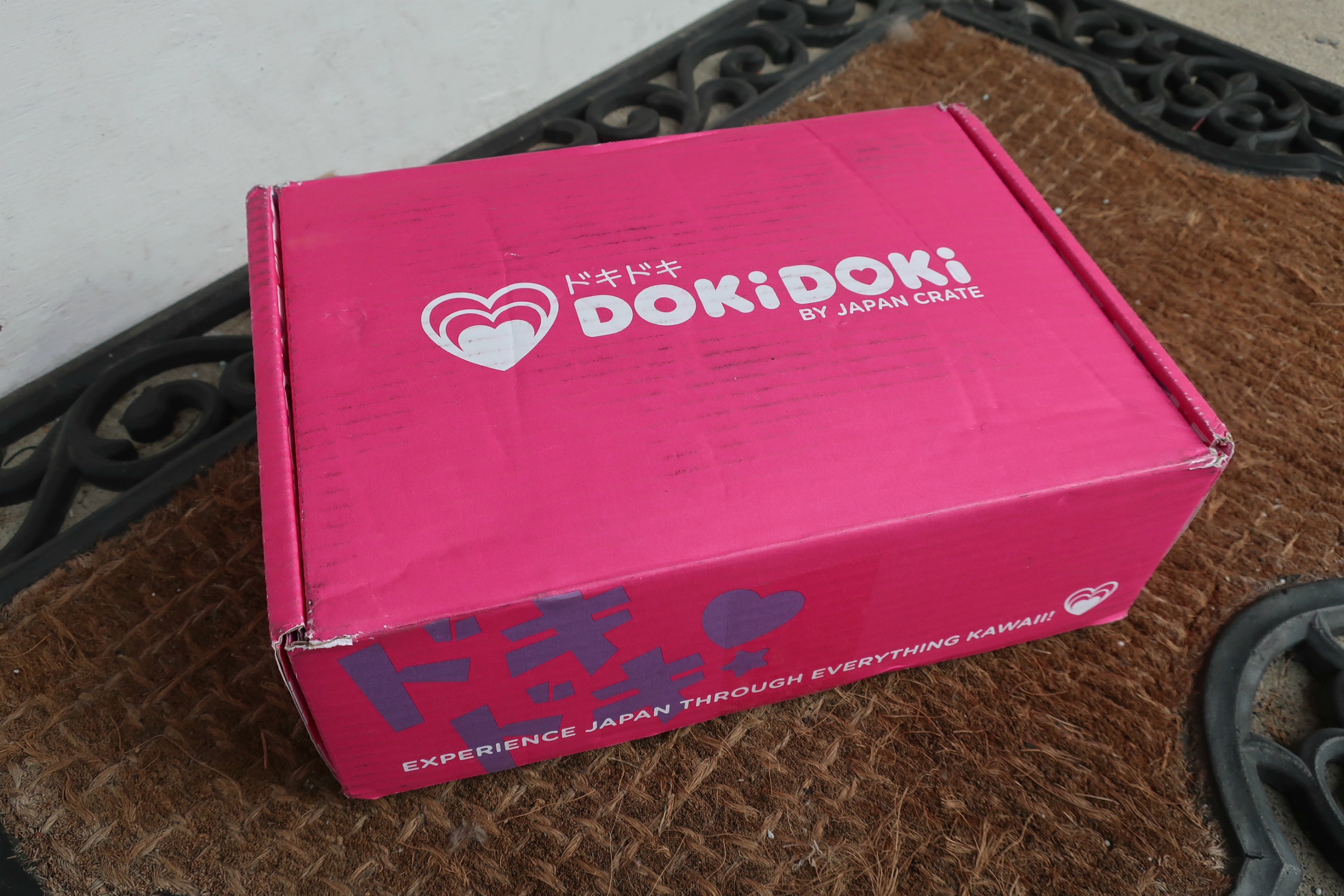 My Christmas box had some cool things in it, like a dolphin neck pillow and a Gudetama Christmas ornament.

Our February box was Chinese New Year themed, which is a cute idea. It is the year of the Inu, which is dog in Japanese, but the pamphlet that is included in the box with information on the items says you will either get a seal or a dog plush because the seal is “the dog of the sea”.

I got the dog plush, and it was so cute! 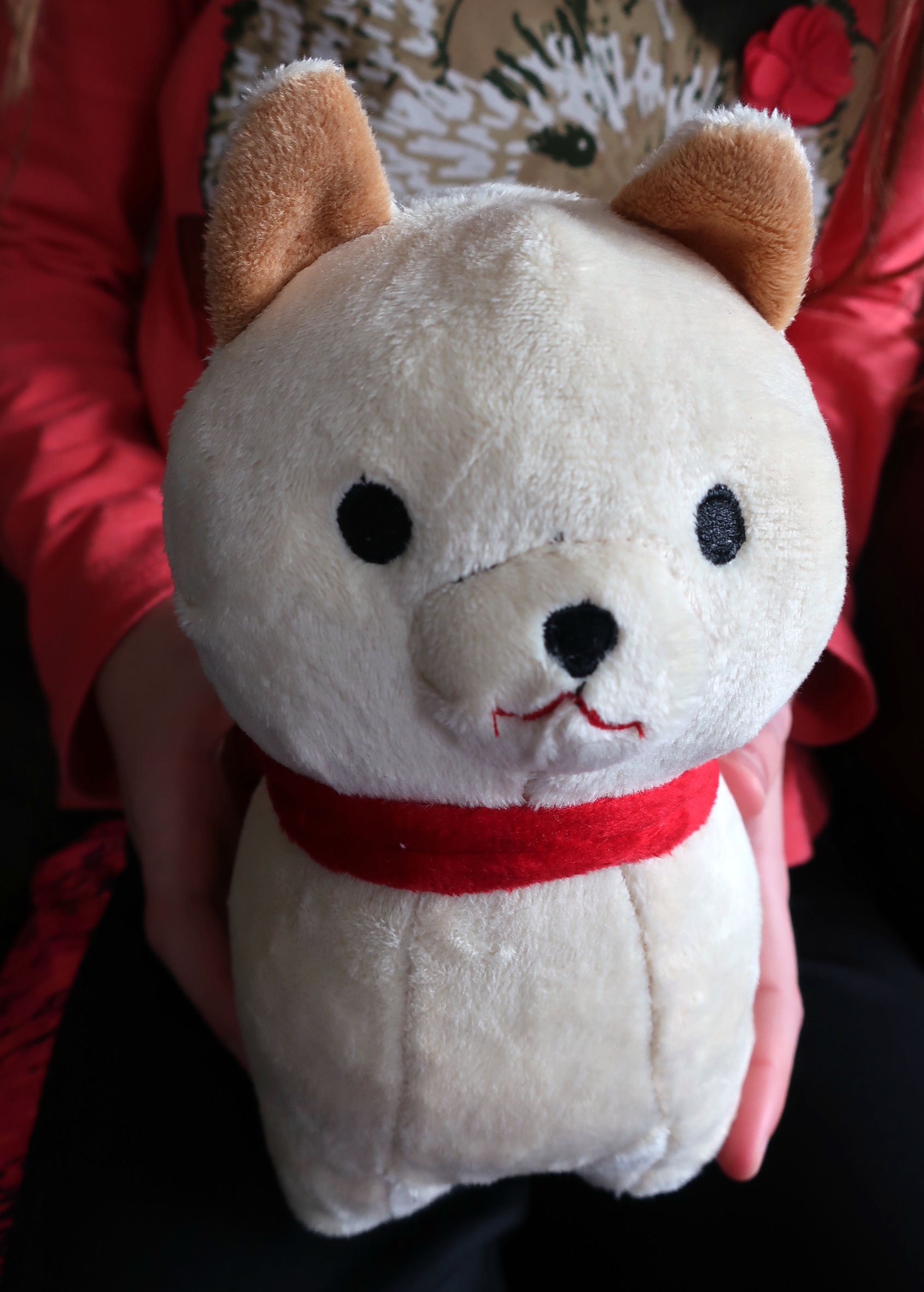 It was one of the largest items in the box next to the oh-so-cute rug! It is a small rug, probably 1’x1′, and it slips on the floor, but other than that, the rug has a ‘Shiba Inu’ dog on it, and it is super soft. 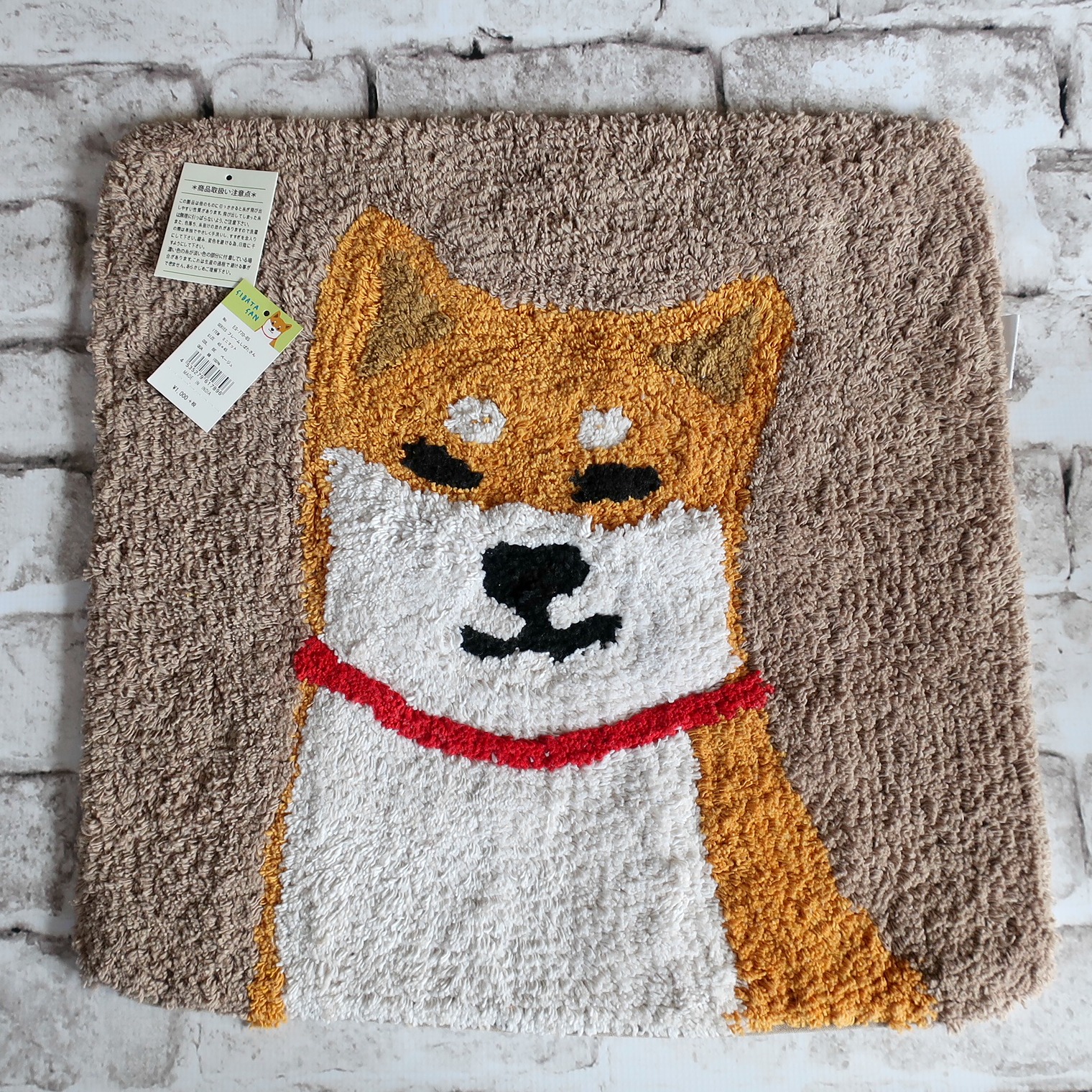 Next thing I saw was a drawing pad with Cinnamoroll, the dog with long ears on it. The cool thing is that the notebook is the reverse of what I am used to, and you use it from right to left.  On the back inside cover of the paper, there were stickers that looked like stamps. 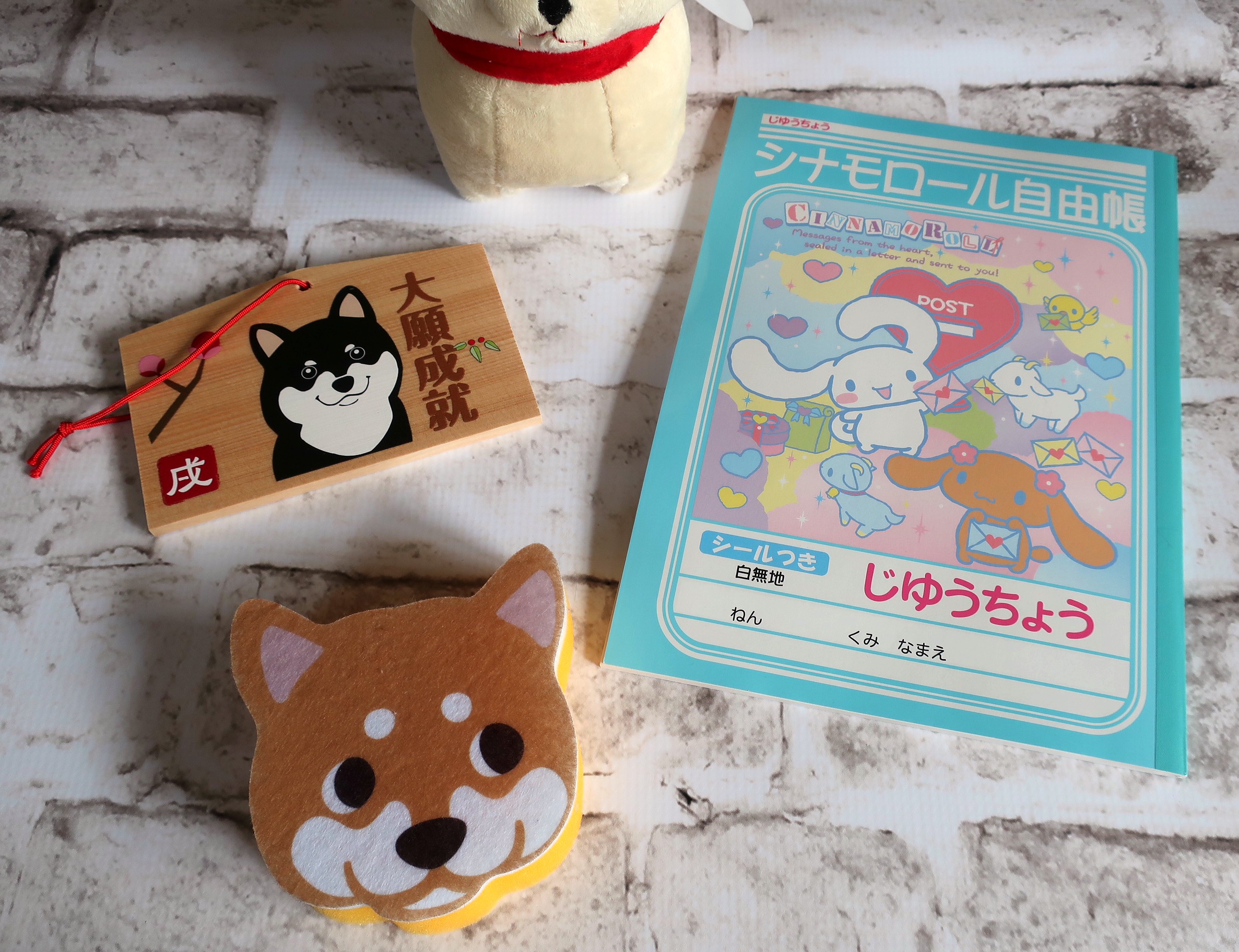 Ema are wooden plaques that you hang at shrines, but you can hang this super-cute Inu Ema anywhere you would like. There are two different Ema that you can get, but I got the black dog. The pamphlet says that the brown dog wishes good luck, while the black dog hopes all dreams come true! 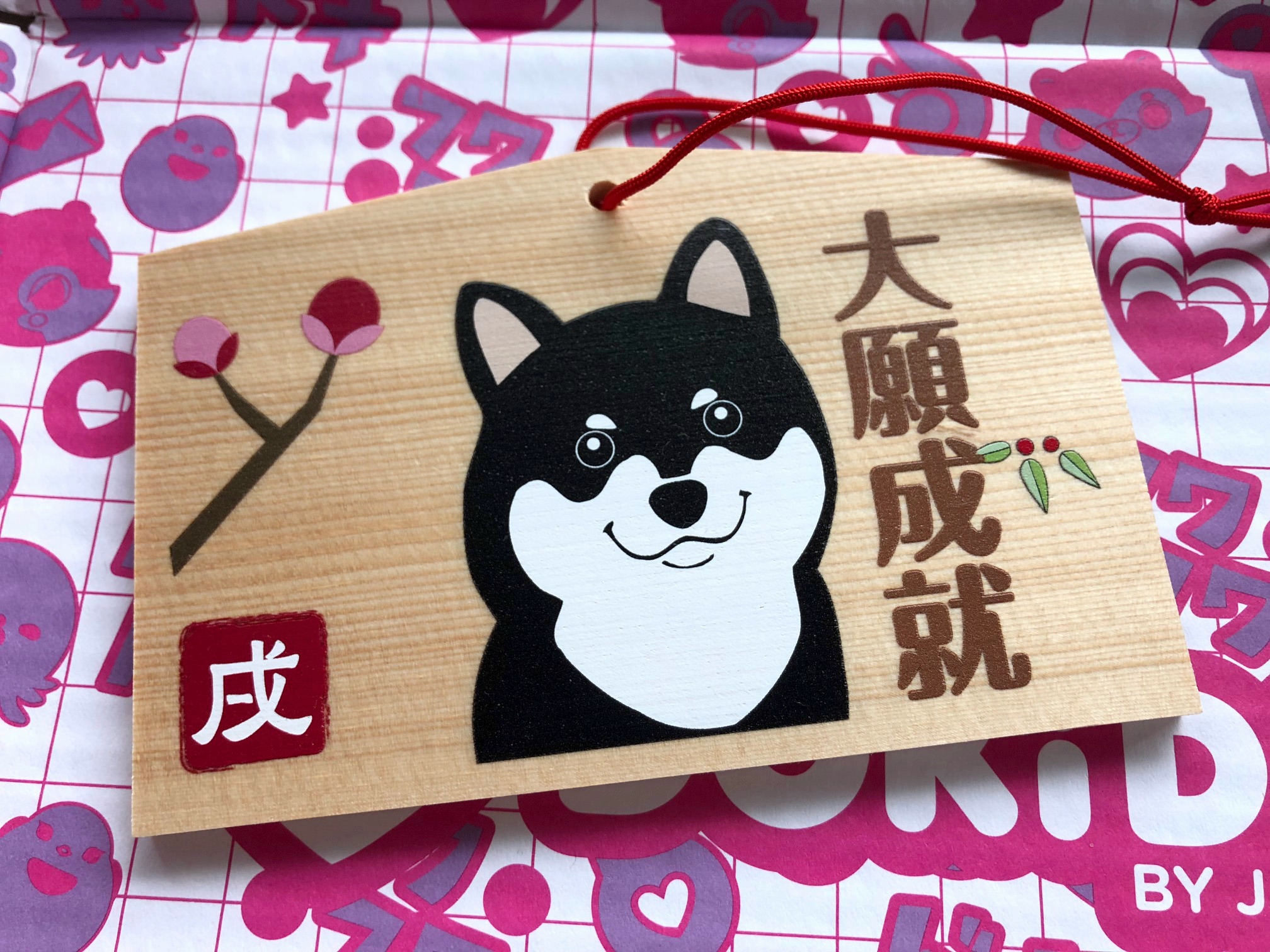 Over the chaos of the holidays, sometimes our houses can get a little messier than usual. That’s why we need a nice little dog sponge to keep your house nice and tidy throughout the year. They come in three breeds: Shiba Inu, Boston Terrier, and Dachshund. 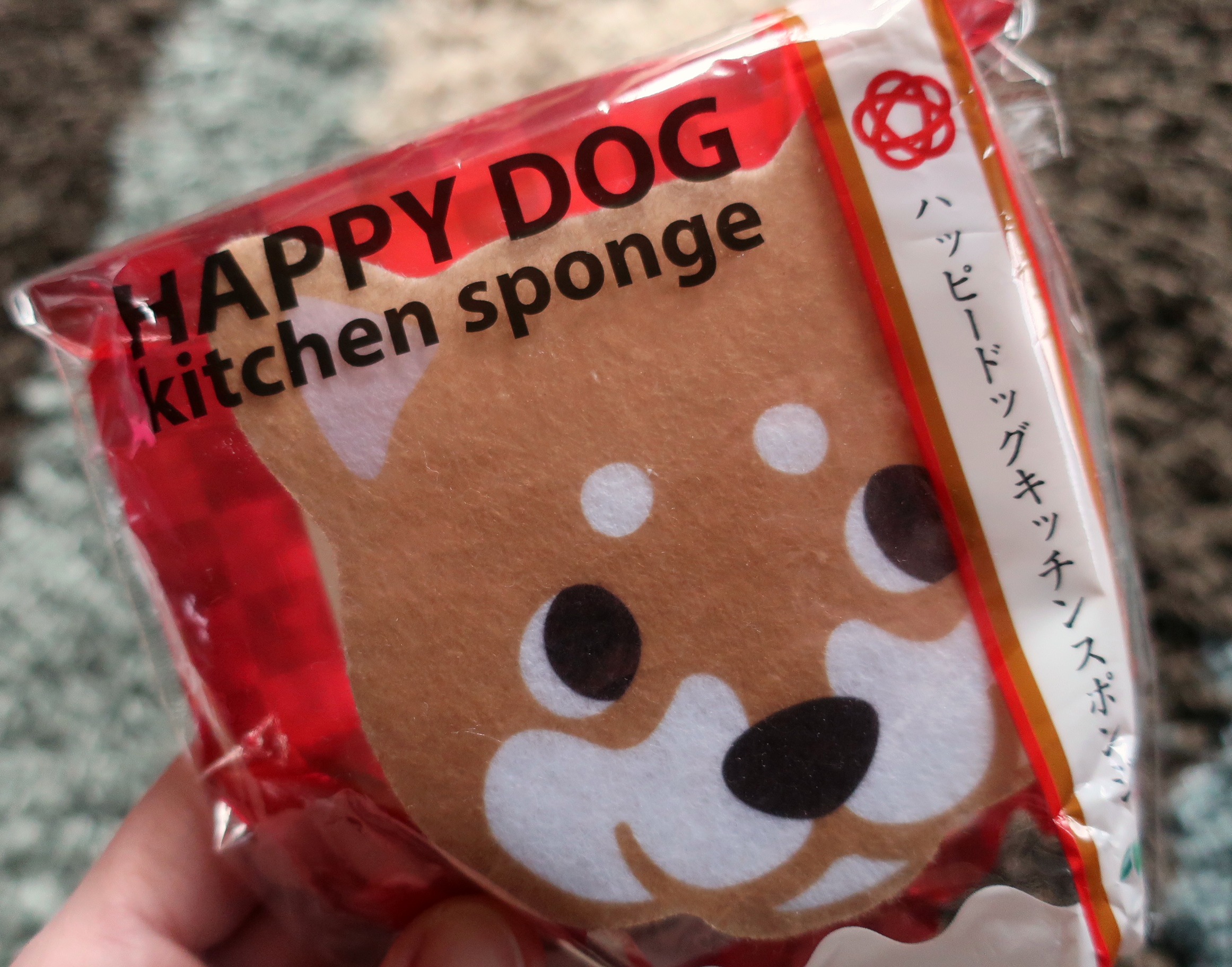 I liked both boxes, and I hope to get another one again soon!