Ever since we moved in our house, there was a little plaque on my daughter’s door for the child that lived her before us.  For the longest time, she has wanted to put something different on her door, and for a while, we had a foam initial from the store, but recently she came up with the idea of decorating things like her initials and other things. 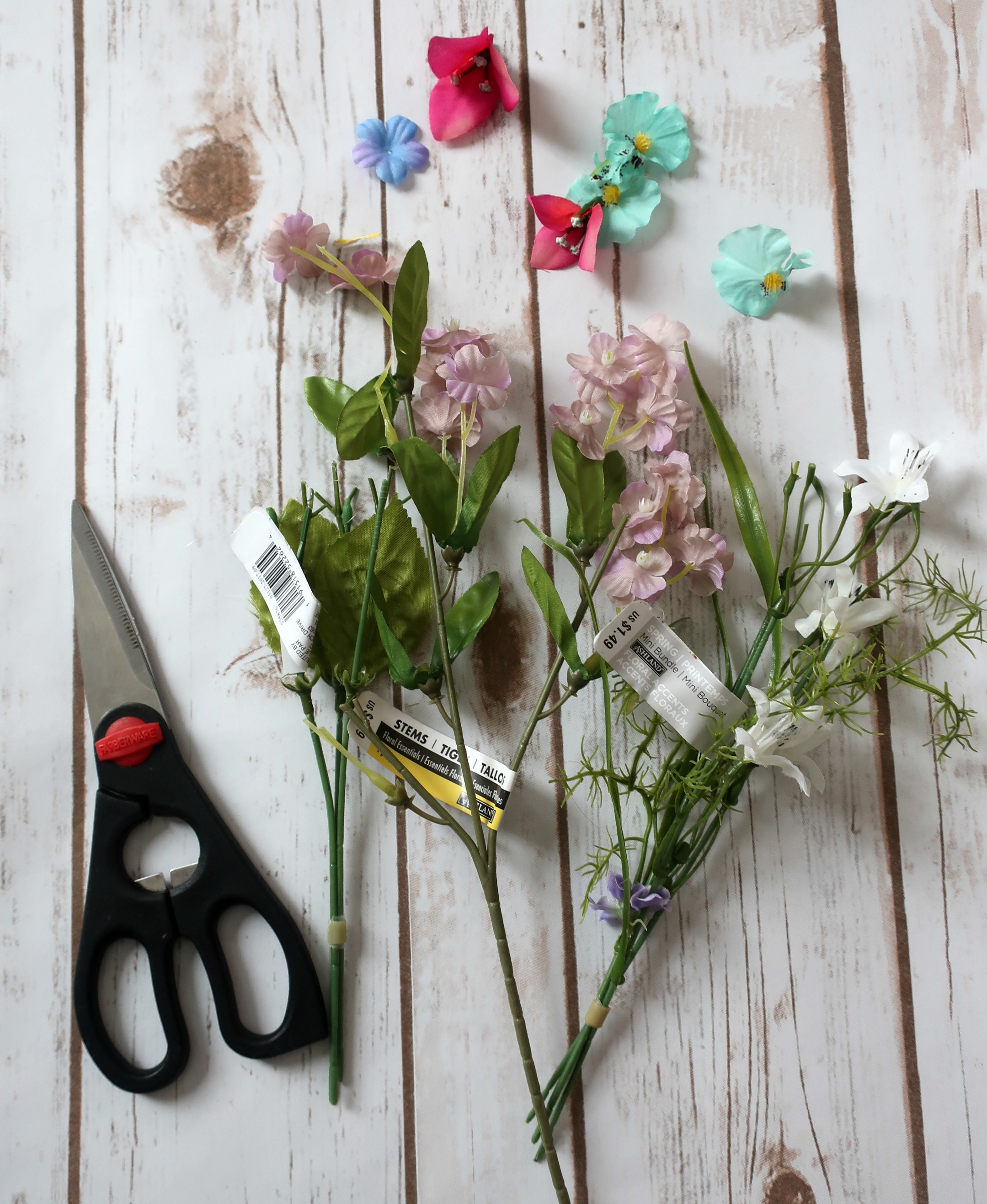 Start by cutting off flowers and greenery.  I had the girls arrange the flowers loosely how they might like them on their letters.  For smaller bunches and stems, they were able to cut the flowers off without a problem.  There were a few branches with a thicker wire in it that were tough to cut with regular scissors, so I helped with those.

Heat up the glue gun and start gluing on the flowers.  Keep adding on as needed! 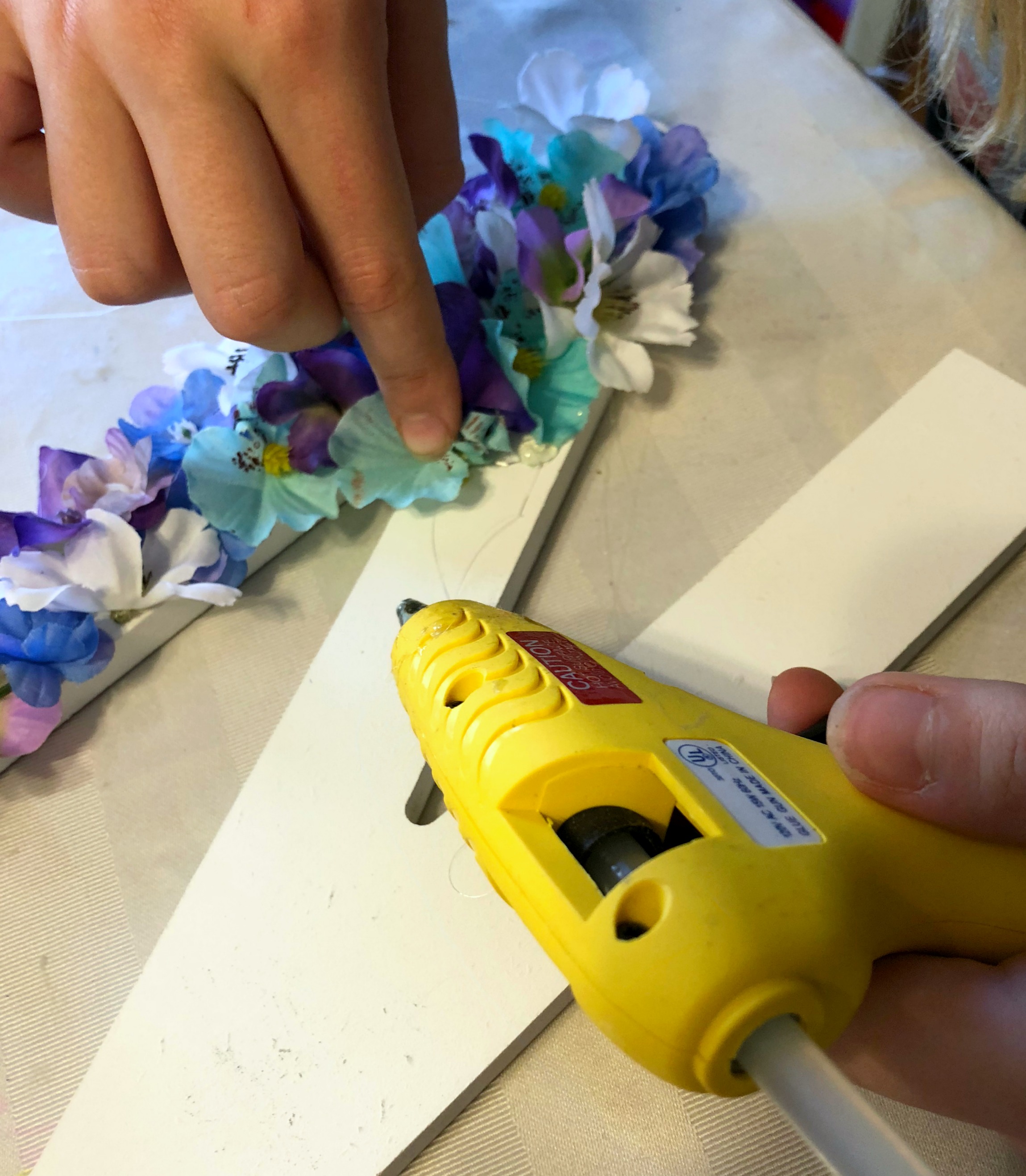 You can keep adding as desired so that the letter is covered up, but it really depends on your own preference! 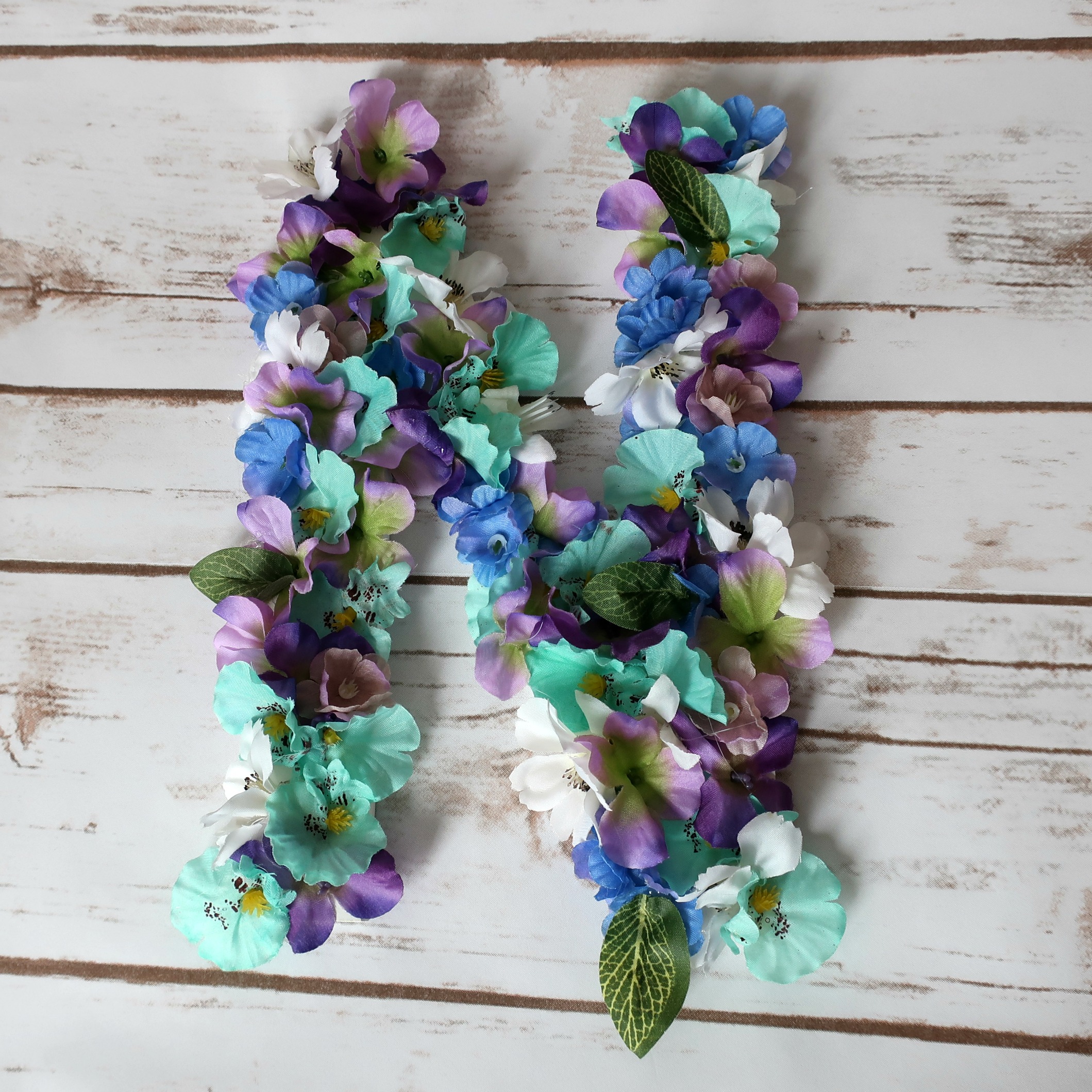