Why You Should Drink Reverse Osmosis Water 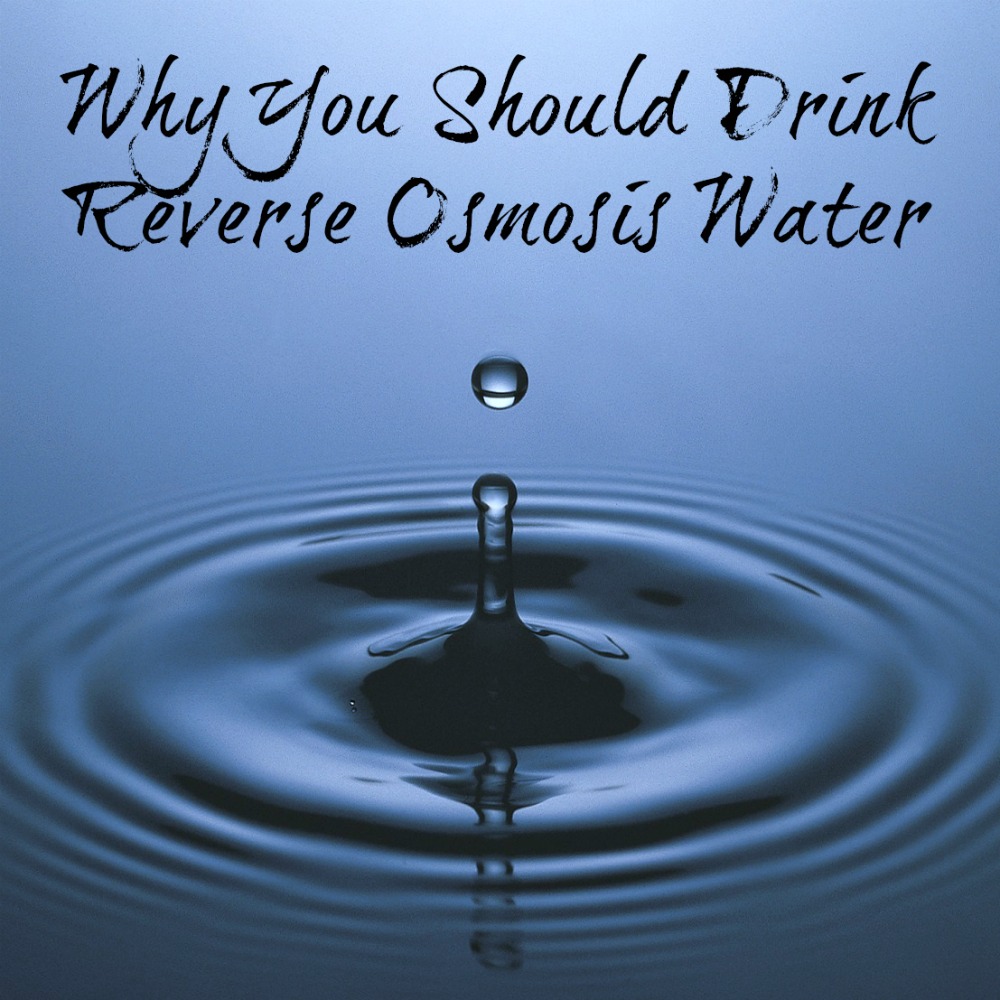 The consumption of water in the United States grew 120 percent from 2000 to 2015, while that or carbonated drinks dropped 16 percent over a similar time period according to a 2016 Beverage Marketing study.

It is a healthy and smart to drink more water. However, when it comes to the kind of water your drink, there are still many options available to you. Tap water? Natural spring water? Distilled? Bottled?

If you want clean, refreshing water right at home, you should turn to reverse osmosis (R.O.) drinking water systems. The following are some of the reasons why it is the best option for you.

The negative effects of contaminated water have been making the headlines a lot in recent times. The Flint water crisis that involved lead prompted an increased scrutiny of public water throughout the United States.

Regardless of where you live, the water in your home has a lot more than H2O. Thankfully, you can reduce the unwanted contaminants using a reverse osmosis system. The system contains a special membrane that filters out most of the heavy metals and microscopic organisms. Learn more about the operation of reverse osmosis systems.

For instance many systems have been tested and certified for the reduction of contaminants such as:

A reverse osmosis drinking system is exactly what you need if you want pure water.

Water softeners are designed specifically to eliminate hard minerals from water and while they solve many hard water problems, they are not designed for purification.

The water softener used in your home provides water that is great for laundry, bathing, and cleaning, but not everyone loves how softened water tastes.

Keep in mind that sodium molecules replace hard minerals in the ion exchange process that water softeners use. You might still have a high concentration of total dissolved solids and the taste might be affected by thus. Reverse osmosis simply filters out the sodium added by the water softener.

The combination of a water softener and a reverse osmosis drinking water system allows you to enjoy the benefits of both purified drinking water and soft water. In addition, R.O. systems tend to work more efficiently if they start with soft water.

You Will No Longer Need To Buy Bottled Water

If the taste of tap water is something you don’t like or have concerns about what it contains, it is highly likely that you are constantly buying bottled water.

Bottled water costs a lot of money while the plastic bottles create lots of waste since they will often not be properly recycled thus ending up in landfills. The bottom line is that much of the bottled water is not actually as pure as you might believe. It is simply tap water that has been filtered.

A study done in the United States revealed that over $15 billion was spent on bottled water in 2015.

A reverse osmosis system pays for itself within a short time since you will just be paying pennies a gallon. In addition, whenever you require clean drinking water, it will be right there at your tap. Discover more about why you need to stop buying bottled water.

It Is More Preferable For Cooking

The impurities contained in your home’s water will affect the taste of the food you prepare.

This makes much sense if you think about it, since the water that you use for cooking often ends up in the food. When you make soups, boil pasta, or prepare homemade bread, pure water makes a big difference.

If you are cooking using municipal tap water, chances are that it contains too much chlorine. Chlorine not only makes food taste odd but also discolors it too.

With reverse osmosis water, you will even find that tea and coffee tastes better. FineCooking.com actually highlights the fact that most of the best restaurants actually use R.O. water exclusively for cooking.

Have you ever noted that when you make ice cubes they usually tend to look cloudy and white?

The reason for this is the gases and impurities in the water that crystalize as it is freezing. Ice forms from the outside in, and impurities are forced to enter the ice cube’s center as this happens, which is why it has a cloudy appearance.

It Has a Great Taste

The greatest reason why you need to have R.O. drinking water in your home has to be how amazing the water tastes. Once you get rid of all the impurities, you are left with nothing besides clean, refreshing water.

Besides the membrane used to filter contaminants, reverse osmosis systems from Water Right send your drinking water through 3 carbon filters before coming out of the tap. The final carbon filter is essentially a “polishing” filter to ensure that any lingering odors or tastes are eliminated.

A writer for Lifehacker.com, Jason Fitzpatrick, was fed up with his municipal water and was pleasantly surprised with the results of a reverse osmosis system.

Jason stated that after years of consuming tap water, he finally had enough of it since it had a pretty bad taste. Between the concerns over various contaminants such as lead and the chemical taste, the under-sink filter was the most economic option for him to make sure that his family enjoyed pure drinking water.

Once he started using the reverse osmosis drinking system, Jason noted a significant improvement in both the appearance and taste of his water.

Are There Any Drawbacks?

The only thing that sceptics have come close to pointing to as a drawback is that R.O. systems filter out minerals that they assume to be valuable to health.

In reality, you need to get most of the minerals the body requires from the food consumed.

Moreover, the dissolved mineral contained in drinking water are organic, which means that the body has difficulties absorbing them. This negates any potential health benefits.

If you are seriously concerned about losing out on your intake of minerals, you can always buy mineral supplements. Some people just put some sea salt in their reverse osmosis water.

The bottom line is that the remarkable benefits of reverse osmosis water greatly outweigh any minor objections.