Our Fun Night at Disney Live! Presents Mickey and Minnie’s Doorway to Magic 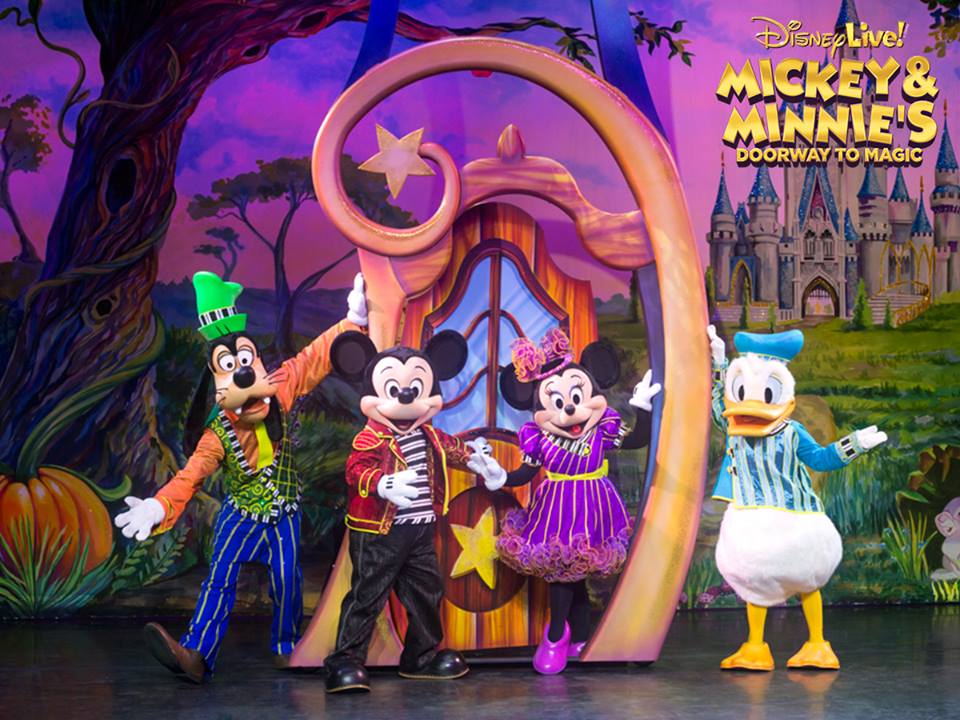 I received tickets to Disney Live! in exchange for my blog post.

My kids love all things Disney, so they were very excited to hear that we were taking them to see Disney Live!  We weren’t even quite sure what it was, so it was fun to have that anticipation as we waited to see what it would be like.

Disney Live! is a live show with lots of Disney characters telling stories, dancing, and performing.  We brought my daughter and her friend, who both just turned 7.  They were so excited to go and they were cheering as the curtains went up.  The show opened with Minnie, Mickey, Donald, and Goofy, and it was so much fun to hear the kids in the audience screaming when each of the characters came out. 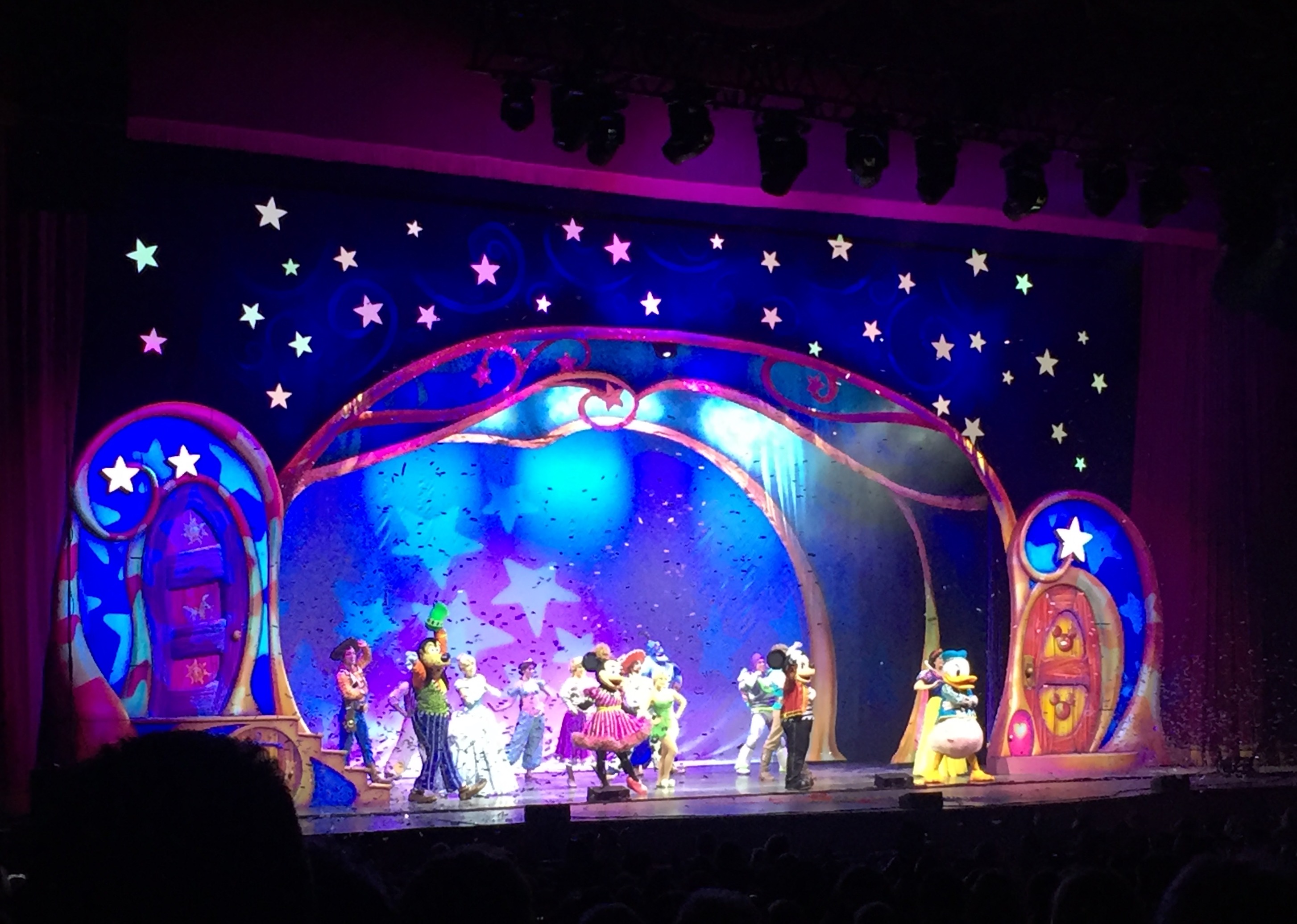 The girls enjoyed the whole show, and were also very excited to see some of their favorite characters, like Rapunzel from Tangled. 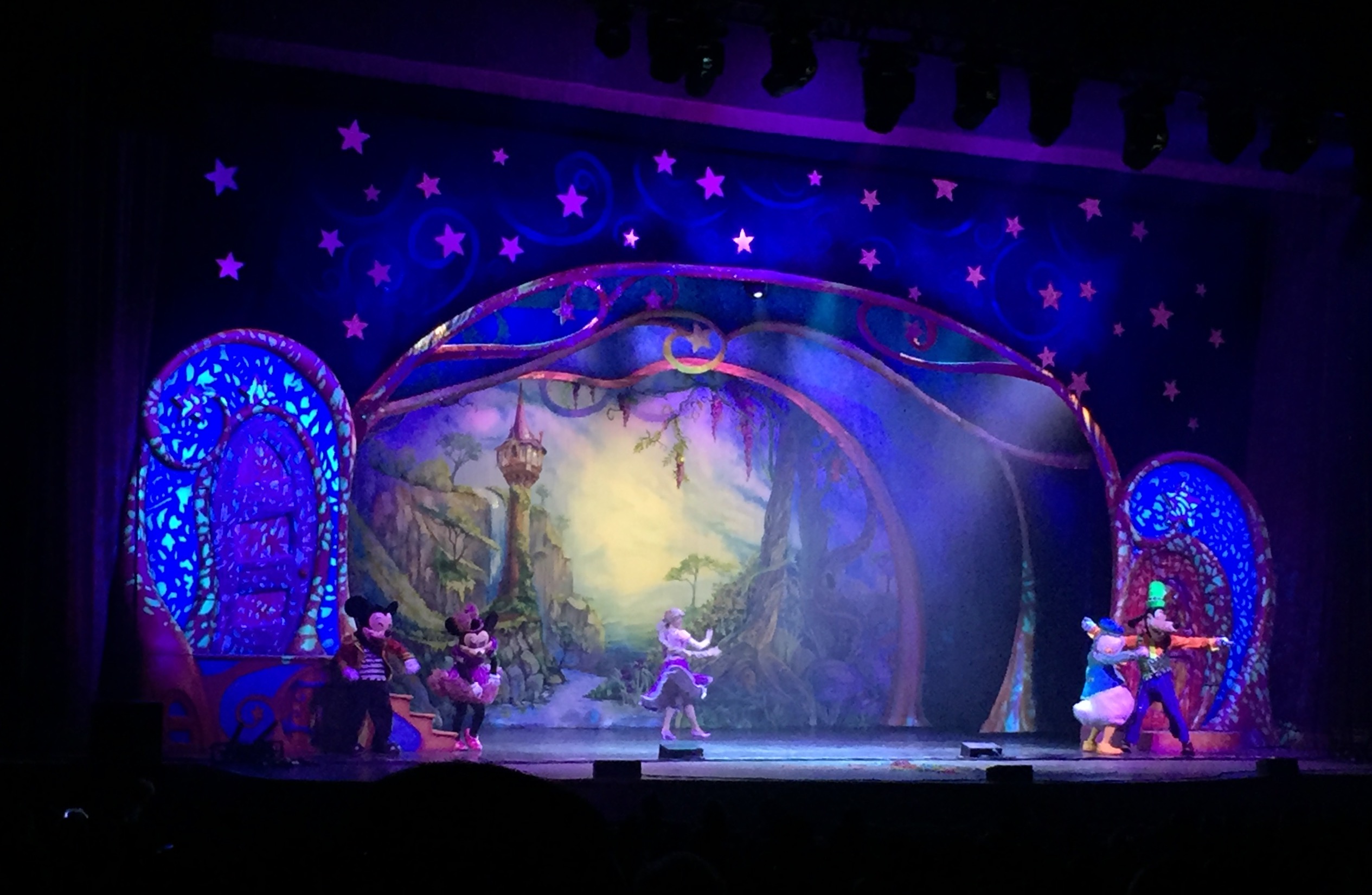 There were a lot of really cool performances and tricks.  I wasn’t sure how much the kids would be into Buzz Lightyear, but Buzz did a really cool show with green lasers, and I think even I was mesmerized! 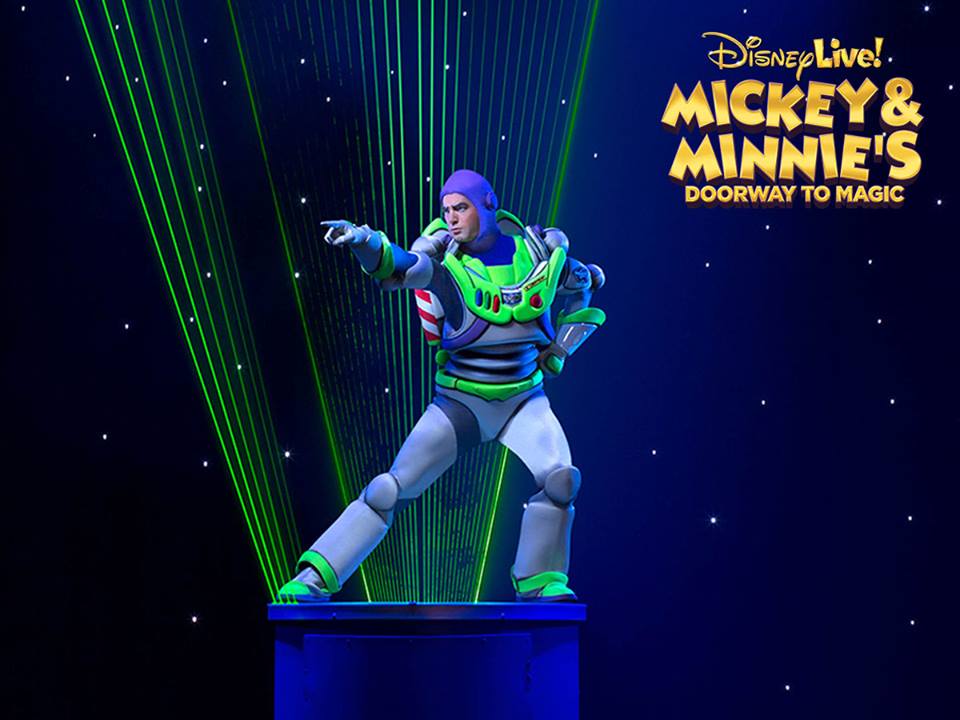 The laser show was followed by some impressive tricks by some of the other Toy Story characters, from a box that kept filling up with men, to some cool jump-roping, rope tricks, and more. 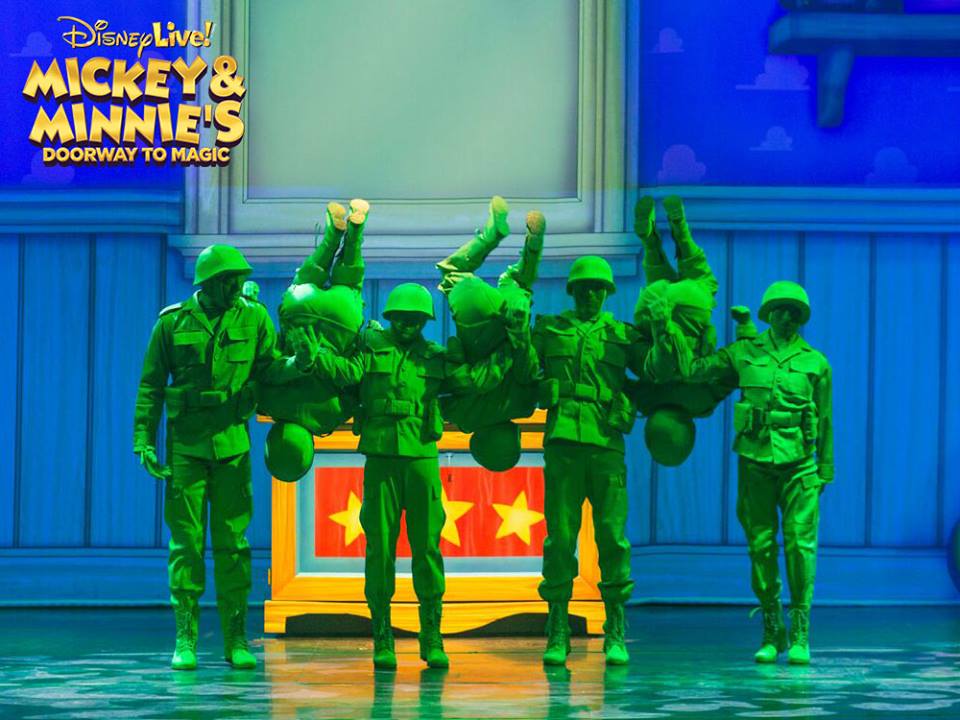 I have to say I was even impressed by some of the illusions myself – like Mickey’s magical brooms, which danced on their own, Rapunzel floating, and a magic trick of cutting someone in half.

Before we went, I was worried that the girls might be getting too old for this show, as they both just turned 7.  However, they both had a blast and never once did they say anything about being bored.  Afterwards, they kept talking about the show and looking through the playbook. 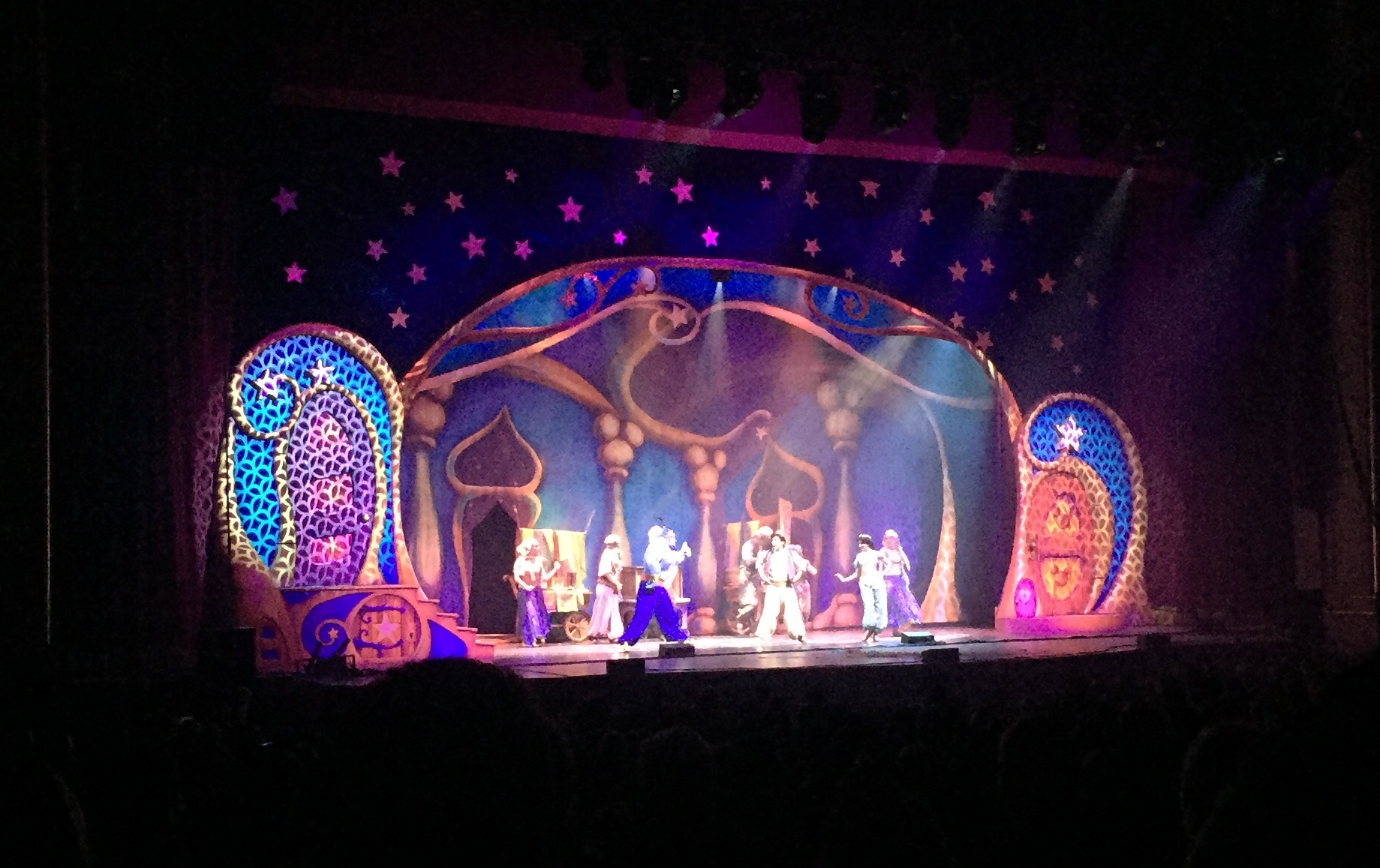 This show is great for younger kids, and I thought they did a wonderful job of putting together a performance to keep littler kids engaged in the show.  The stories and characters changed frequently and everything was very visually appealing.  The show really seemed to keep the audience’s attention, especially when there were a lot of very young kids.

The length of the show was also great, as ours was about 7-8:30 with a short intermission.  It was nice to get home and get the kids to bed at a decent time, but also just right for keeping their attention span.  There aren’t a ton of shows in our city that are truly geared towards a younger audience, so if you have younger kids like toddlers, this is perfect!

This is such a fun show, and while it is great for all ages, it is nice to have a show designed for younger children.  We got out a bunch of princess dresses and the girls were so excited to wear them to the show.  It was a special experience for them and I can think of so many kids we know who would love to see this!

Check out Disney Live! and see what cities they are visiting at http://www.disneylive.com/