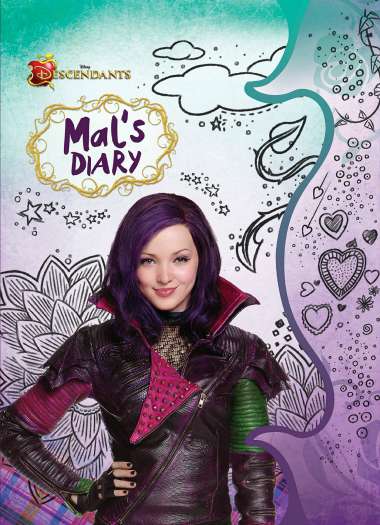 My 8-year-old loves the Disney Movie, “Descendents” which aired in August 2015.  Needless to say she was very excited to hear that there were Descendents books.  I bought this for her as a reward for doing so well with some of her goals this summer.

Mal’s Diary is a nice hardcover book, and the back cover wraps around the pages with a little piece that folds under the front cover.  Overall, a nice quality book! 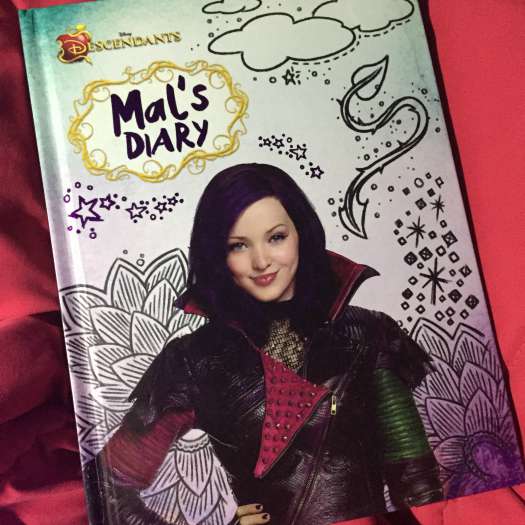 The book is not your typical diary, as the print does not all look like writing.  In fact, a lot of it is typed.  But there is a big variety in the book, between type, writing, and pictures or doodles. 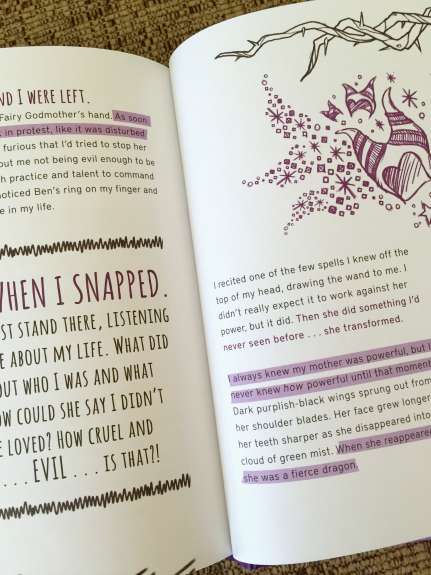 Mal’s Diary is about her life from the Isle of the Lost, which is the place where the movie begins.  She lives with Malificent, her villian mother, and there are other kids there that live with their villian parents (like Evie, the daughter of the Evil Queen, Carlos, the son of Cruella deVille).

The kids are sent to Auredon to go to school.  Their parents want them to steal the wand of the fairy godmother and be bad.  In the movie, on the way to Auredon, you can see Mal writing in her diary while she rides in the limo.  And when I read Mal’s Diary, she writes about her ride in the limo, so it was fun to follow along.  I like that the diary follows the movie.

I really liked the end of the movie, but I won’t spoil it for you!

This is a great book!  Mal was my favorite character in the movie and I had fun reading the diary.  I read this book and now I want to read Mal’s Book of Spells. 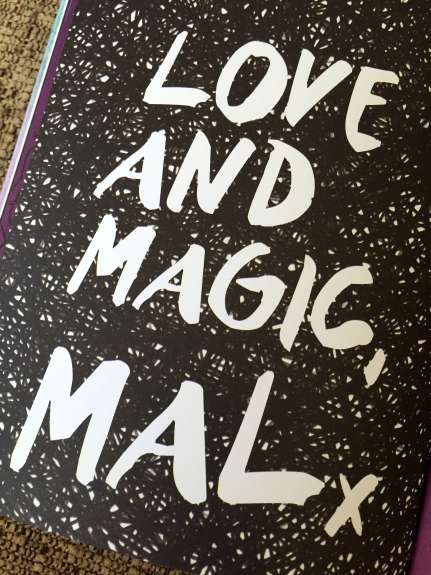