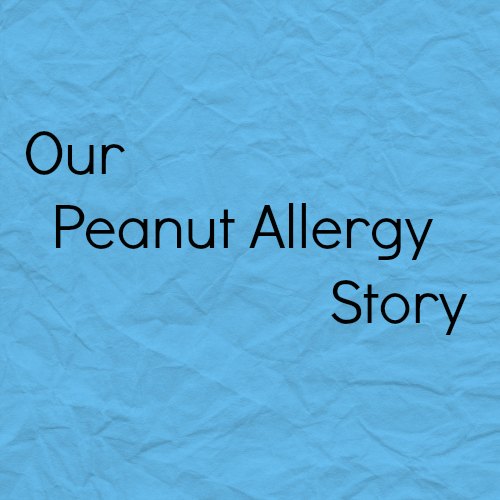 When my daughter was about 20 months old, we learned that she had a peanut allergy.  With both of my kids, we were careful about exposing them to peanut products, and we were fortunate the way everything happened.

It was almost bedtime and we were sitting at the table.  Earlier I had a spoonful of peanut butter and licked the spoon clean.  My daughter grabbed the spoon and touched it to her lips, and immediately her lips began to swell.  Being that it was around 8pm, we decided our best option was taking her to the emergency room.  Of course in the moments we made the decision, we were absolutely sure that it was not effecting her breathing, because in that case we would have of course called 911.

We grabbed my older daughter out of bed and made it to the hospital in quick time.  My daughter was upset but mostly just uncomfortable as her lips were enormous.  It was a nerve-wracking car ride, to say the least.

When we got to the emergency room, the staff took no time to make sure they attended to her.  They were immediately taking her vitals and I’m not even sure if our insurance had been processed.  One of the first things they asked me was if we gave my daughter any Benadryl, and we had not.  In retrospect, I can see where if I was prepared for any kind of food reaction, I would have had Benadryl and been prepared.

My daughter’s vitals were fine.  Here was where I thought they would give her some shots and we would be on our way home.  But that was not the case.  We were given several syringes (obviously without needles) with medicines for her to take.  Of course trying to get a 20-month child to take medicine that they don’t like, while in the ER, and in a rather unhappy state, is a little difficult.  I will say that she did wonderfully, given the circumstances, and the swelling quickly went down once the drugs kicked in.

After taking the medicines, we had to stay until about 2-3 am to make sure that her vitals were stable and that she wasn’t having a secondary reaction.  For people with food allergies, that means making sure another reaction doesn’t happen hours later.  So we spent the night in the ER.  My 5 year old watched a lot of TV and slept in a bed, while I held my other daughter in my arms.  The ER staff took her vitals regularly, so I would rock her back to sleep as she woke up with every distraction.

We were sent home with orders to see our pediatrician as quickly as possible, which is what we did.  We were able to get more information about food allergies as well as a prescription for Epi-pens.

Then we had an appointment with a pediatric allergist.  They did a blood test and a skin (scratch) test.  The blood work showed that my daughter is only allergic to peanuts, and not the other 8 nuts, and that she does have some antibodies in her blood that indicate she may grow out of her allergy some day.  From the scratch test, we learned that she is allergic to not only peanuts, but all environmental allergens (grass, tree, pollen, mold, etc) and cats.  We continue to go back to the allergist for yearly testing.

Life has certainly changed since that day.  We immediately became a peanut-safe home.  My husband and I became label readers.  We don’t go anywhere without a supply of Benadryl and Epi-pens.

We have also educated ourselves and other people as much as possible about peanut allergies.  We are lucky that our schools and other places have been really good about making sure my daughter is safe.  My daughter is 8 now and has not had another reaction to peanuts.

When my daughter was 7, she did a Peanut Challenge, and unfortunately did not pass the test.  While the chances of her outgrowing her allergy are going down, we are hoping that things like peanut allergy desensitization therapies become a possibility for us. 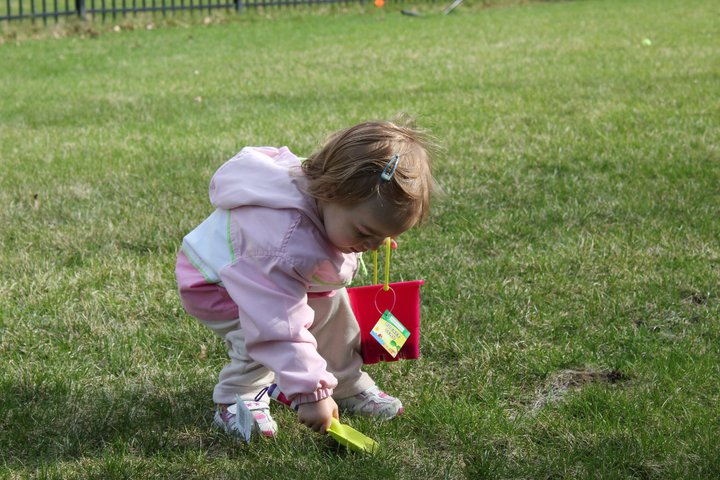 Read my other food-allergy blog posts: