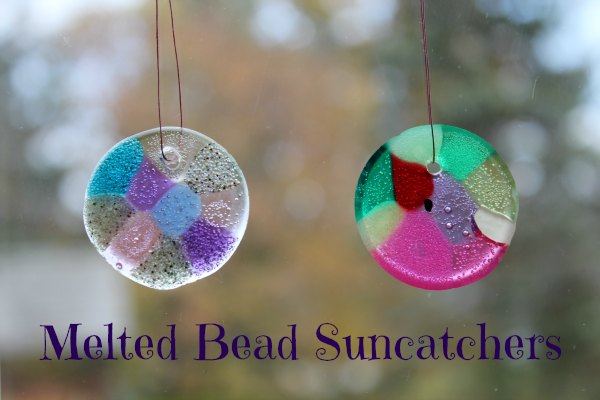 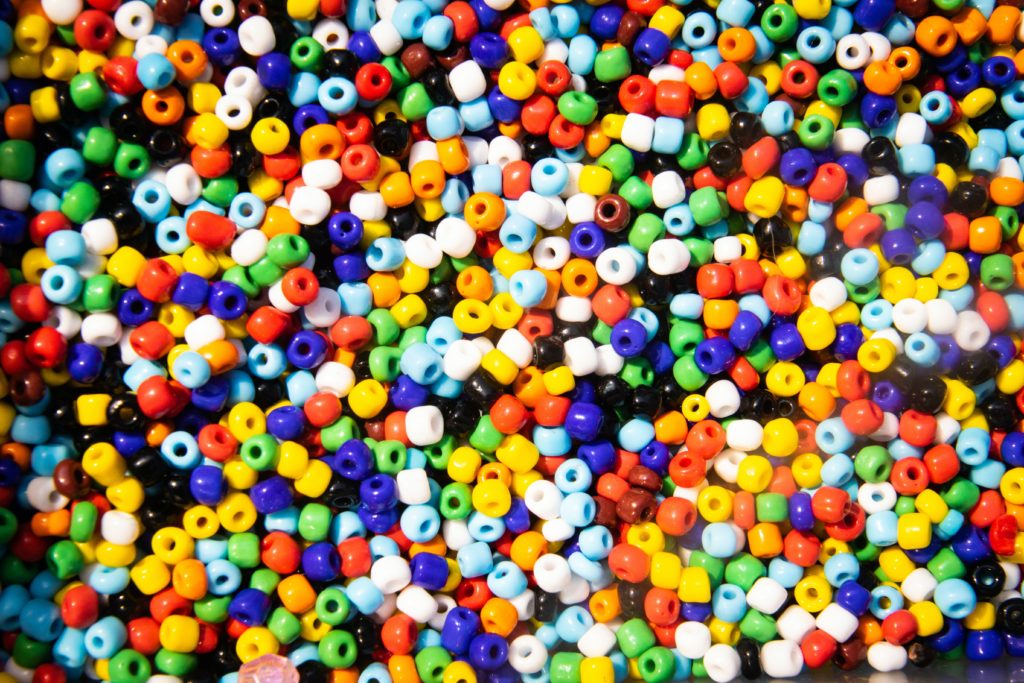 I was very wary of doing this project for two reasons.  I figured the beads would smell terrible when melting (they did), and I was worried that the melted beads would ruin my muffin pans (they did not).  I highly recommend doing this outside on a grill if you can, to avoid the chemical smell put off by the melting beads.  I have heard stories of pans getting burnt, so my suggestion is to heat slowly on the grill.

Your first step is to put one layer of beads in each muffin cup.  We mostly used plastic pony Beads, although there were some other random plastic beads mixed in.  My kids actually had a blast doing this part of the craft.  I thought they would be done in a matter of minutes, but it turned into a really great sorting activity.  They loved going through all the different colors, finding all the clear/translucent beads they could, making patterns, finding beads with shapes, etc. Make sure that the beads are about one layer thick, but there were some on their sides and leaning against the sides of the muffin tins, and it didn’t matter – they will melt down. 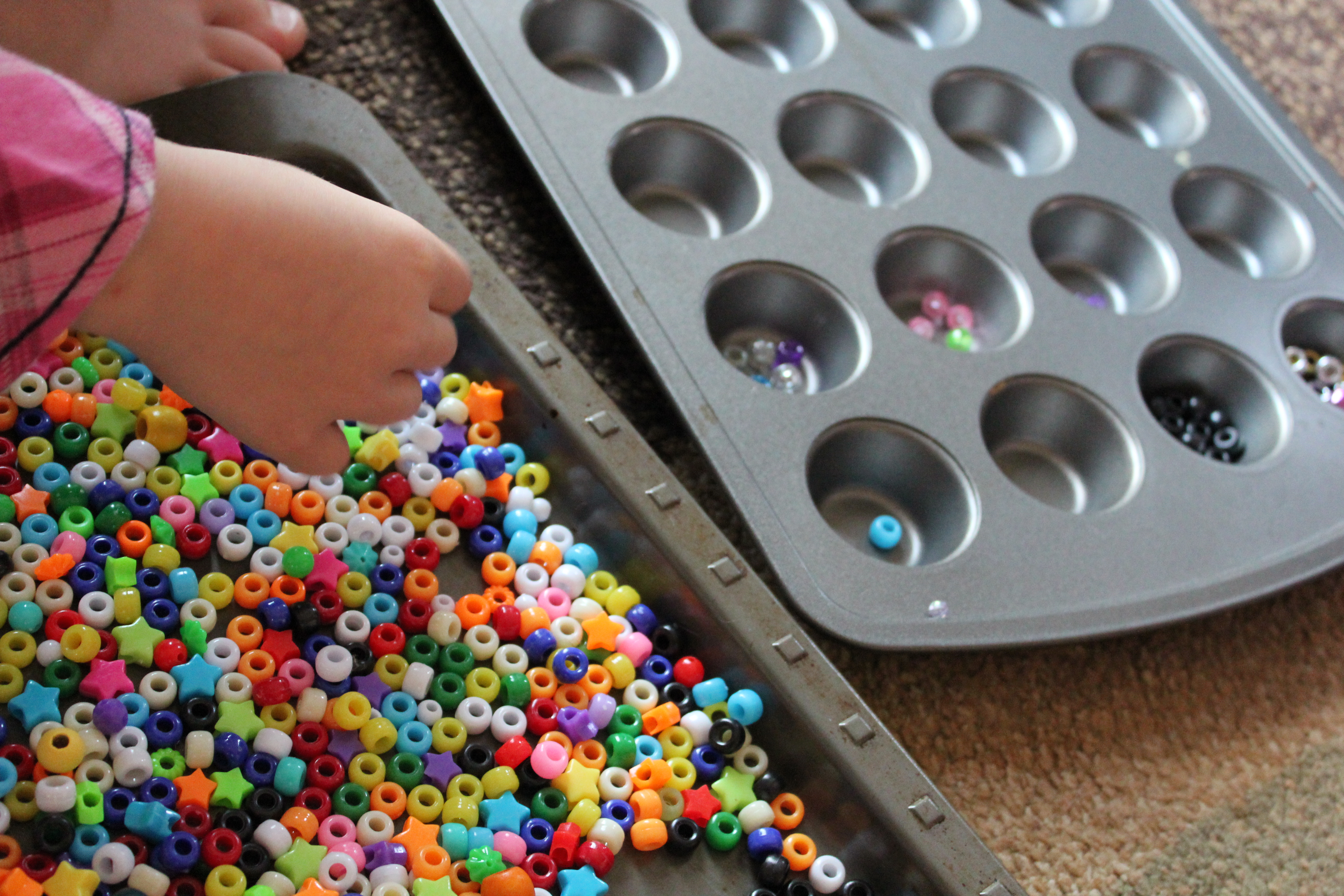 I heated the beads on the grill because I didn’t want any chemical odors in my house.  There was a definite chemical smell, so I highly recommend doing this outside, even if your house is well-ventilated. The beads started melting for me around 400 degrees (our grill has a temperature reading on the front).  I heated the grill slowly, without flames touching the pans.  Please – be careful when doing this project, and keep a close eye on the beads.

Once they started melting, I kept an eye on them until they seemed uniformly melted.  It was a slow process, and once they were melted enough, I carefully took the pans off the grill and used a small bamboo skewer to make a small hole in the top of each (since I figured we would be hanging these).  You need to act quickly because the beads harden quickly.  I am guessing you could also use a drill or Dremel to make a hole in the top if you miss your window of opportunity.

The beads cooled quickly and slid right out of the pans.  There was absolutely no sticking or residue left behind.  We did use some star-shaped beads, which did not keep their shape, but did looks a little bit different than the round beads.

Once you are done melting your beads, there are so many projects you can use them for!  Here are a few ideas:

~ use smaller discs for mini suncatchers, hanging individually or in a strand (either horizontally or vertically)

~ use discs for games (my girls played a tossing game with these, trying to toss them back into the muffin pans – I was worried the discs would break, but they did not).  You could use them as game pieces or game chips.

~ create your own wind chimes

Inspired by a post by Jean over at the Artful Parent.  She has a variety of other melted bead projects as well, including fairy wands!