Your Child Has Special Needs? Really?

I’ve got a child with a disability. Most people don’t believe me because he’s verbal, funny, plays hockey and does anything a normal 6 year old does. My child is one of those who have a “hidden disability,” or one that’s not visible to the  naked eye. 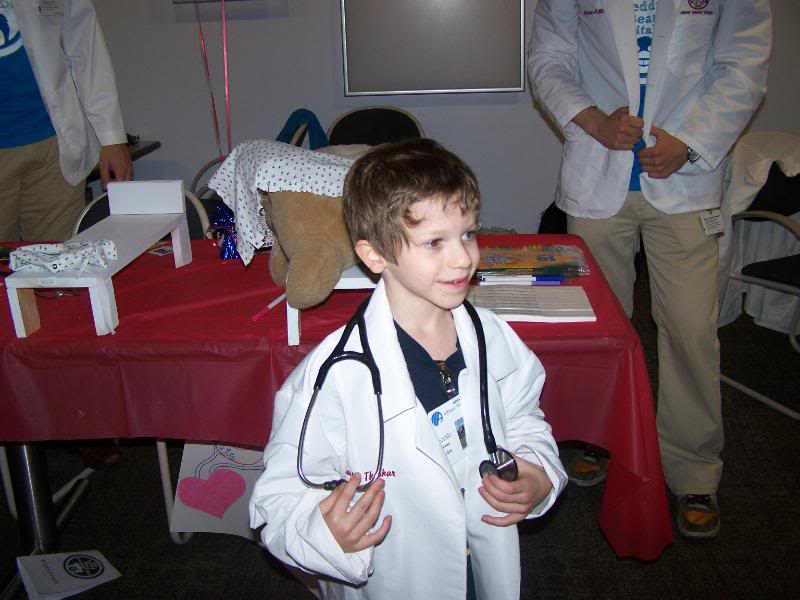 Isaac has been diagnosed with a language processing disorder as well as moderate to severe ADHD. He’s also got fine motor control issues, which we think are related to the ADHD. What this all means is that he’s got a hard time processing what he hears said to him and well, the ADHD speaks for itself.

Parenting a child with a hidden disability is a very tough balancing act. On one hand, you don’t  want the world to see that your child has a disability, but on the other hand, you do need to make modifications for some of the things that they do.  The two questions that I constantly ask myself are:

Answering the first question is mostly easy for me. Isaac is a pretty independent soul who likes to try things by himself and do what he can himself. If he gets irritated with me, then I’ve modified things too much. If he shows signs of frustration, I’ve modified too little. In some cases, I let the frustration go, because I know he can do the task I’ve asked him to do and he’s just trying to get out of it.

The second question can be a bit trickier, especially in public places. When a bout of frustration hits, sometimes, because of the limited language,  there are outbursts. Yes, outbursts are a normal part of being a child, but when the outburst is by a child with a hidden disability, people tend to look at your child as if the child is undisciplined, spoiled or just plain bratty.  Where do you draw the line between letting your child know that staring people and people who make comments are just part of the world and defending them? I’ve said out loud on several occasions “Oh, ADHD is so much fun!”

But what am I doing? Am I coping for him, defending him or teaching him, or even in some cases, defending myself to the onlookers.

The other part of parenting a child with a hidden disability is really the perception of the outside world when they find out that your child needs supports. Responses run the gamut from “your child has special needs, really? You’re kidding, right?” to the people who pull back from your child like they’ve got the plague and think they need to be segregated in a special classroom or area of the activity and not join in with their peers.

But for all of the tough things that parenting a child with a hidden disability brings, there are the great things. I can say for certain that Isaac wouldn’t be the same without the ADHD and the language processing disorder. I don’t think I’d have the same resilient child if he didn’t have to struggle through the day to concentrate and understand what’s going on. I know for a fact that we wouldn’t have the same laughs and giggles. Not a chance. I also know we wouldn’t marvel at how the mind works as much as we do now.

I also know that if I didn’t have a child with a disability that I wouldn’t be the same type of mom that I am. And that’s a good thing.

Laura Folos is a mom and teacher who lives in Upstate NY.  She blogs over at My 3 Ring Circus of a Life , which chronicles everything under the sun in her life that makes life seem like the clowns are running the show.