I received tickets to Disney on Ice in exchange for my post.

We have been going to Disney on Ice for years, so we were excited to hear what the theme would be for this year’s show.  And of course when we learned it was Disney’s Frozen, we were thrilled!  Frozen is one of our favorite Disney movies, so we were looking forward to this show.

Discover the full story of Disney’s Frozen like never before at Disney On Ice presents Frozen! Dazzling ice skating, special effects and unforgettable music will magically transport you to wintry Arendelle. Be a part of Anna’s fearless adventure to find her sister, Queen Elsa, whose icy powers have trapped the kingdom in an eternal winter. Join the hilarious snowman Olaf, rugged mountain man Kristoff and his loyal reindeer sidekick Sven as they help Anna in a race to bring back summer. Encounter Everest-like conditions and mystical trolls as you sing along to Academy Award®-winning songs like Let It Go and ultimately discover true love is the most powerful magic of all. Hosted by Mickey Mouse and Minnie Mouse, your whole family will delight in special appearances by stars from Toy Story, Finding Dory, The Lion King and the inspiring Disney Princesses. Experience magic at every turn and create memories to last a lifetime at Disney On Ice presents Frozen – the show worth melting for! (https://www.disneyonice.com/)

Frozen has been so popular, and most people are familiar with the story, so it is neat to see this version on ice.  The production is wonderfully done and entertaining, and the show flew by.

The kids had fun seeing the story of Frozen on the ice.  They loved seeing Anna and Elsa, but thought it was pretty cool when baby Sven and grown-up Sven the reindeer come out on the ice too!

Olaf is such a fun character in the movie, and just as fun on the ice, as he dreamt about what summer would be like…

There were lots of cool special effects, from snow to pyrotechnics, lights and cool costumes.  The snow and lights really created a magical winter wonderland. 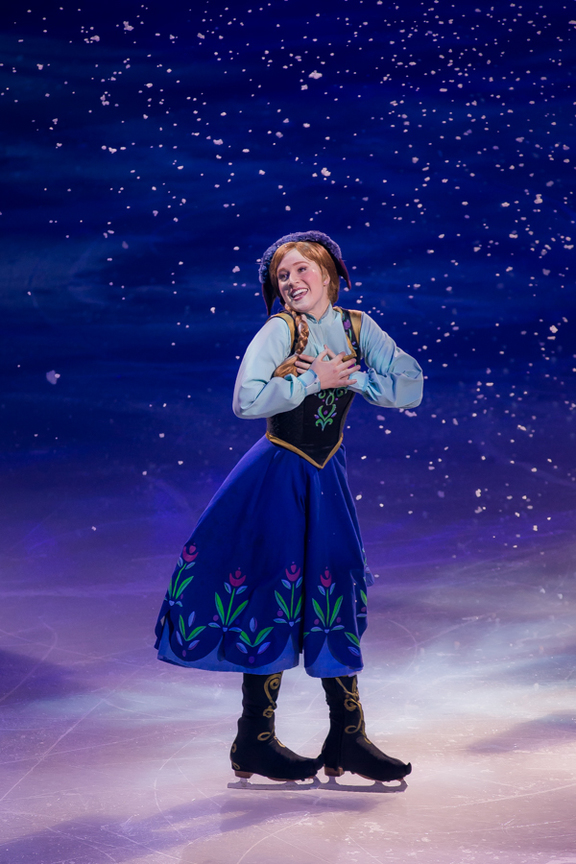 We had a great night at Disney on Ice, and I love that this is one of our family’s traditions, to go every year.  We always look forward to it, and it is a special treat to spend the evening at the show.  I recommend wearing some of your Frozen accessories if you have any, as there were lots of kids dressed up as Anna or Elsa – plus there is plenty of great merchandise to buy there too.