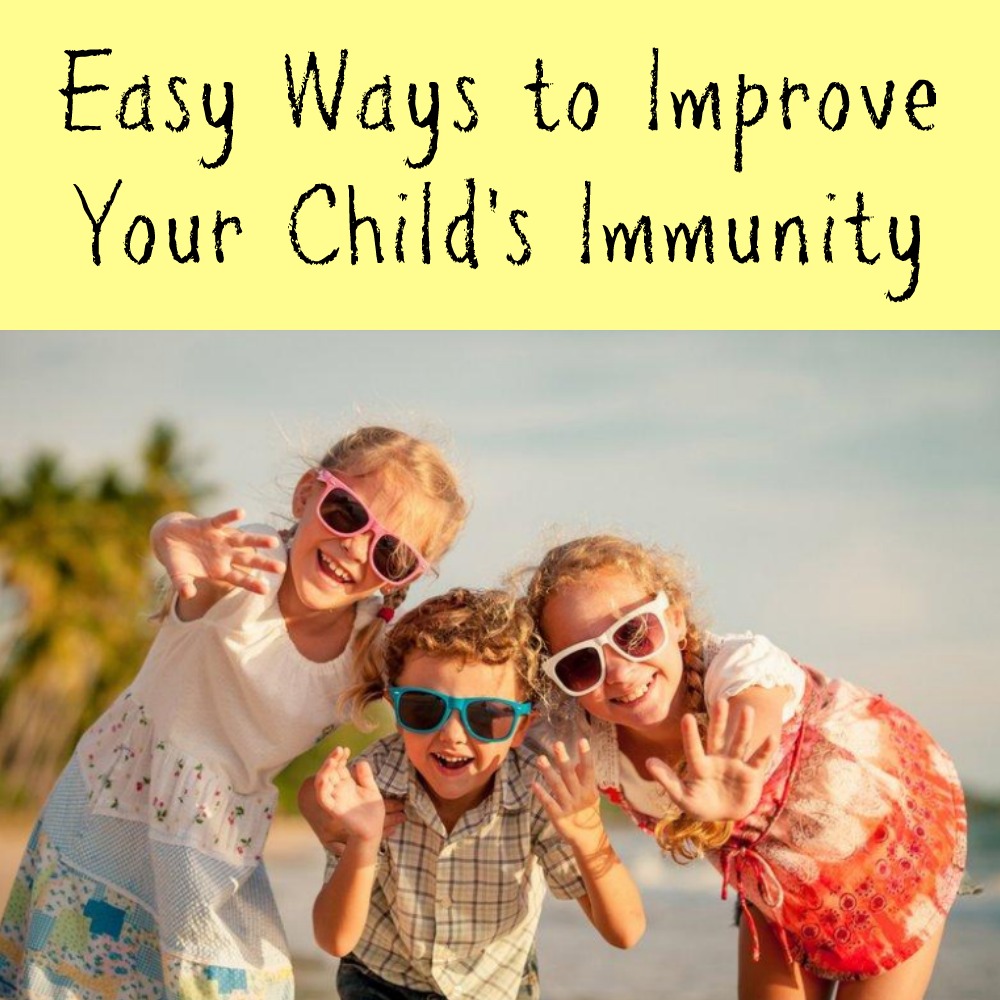 Bouts of flu, sometimes interspersed with incidents of colds, are a fact of life for young, pre-teenage children. However, most new parents don’t realize that it is well within their power to reduce the total number of sick days that their children are under the weather per year. Here is what you can do to boost your baby’s immunity and cultivate a healthy way of life.

Oranges, carrots, green beans, strawberries: These are rich in essential immunity boosting micro and phytonutrients, the likes of carotenoids and Vitamin C. These nutrients not only increase the body’s synthesis of infection-fighting interferon and white blood cells but also cumulatively fortify your young one against chronic lifestyle complications such as heart disease and cancer. So ensure that your child takes up to 5 servings of veggies and fruits per day to maximize on this.

Sleep deprivation has for a long time been associated with a weakened immunity system even in fully grown adults, let alone toddlers. Apparently, according to leading researchers, lack of sufficient sleep makes you significantly susceptible to simple illnesses due to the weakening of the body’s natural killer cells that attack cancer cells and disease-causing microbes.

The same applies to young children who are even more likely to be affected by sleep deprivation than grown adults due to their underdeveloped internal defense mechanism. Toddlers require about 12 to 14 hours of blissful sleep every day while preschoolers and pre-teenagers ought to have approximately 10 hours of shuteye time.

Breast milk contains a host of very important immunity-boosting antibodies backed by an array of white blood cells. It is no wonder that nursing or breastfeeding your baby for the first five months of life guards against allergies, ear infections, pneumonia, diarrhea, urinary tract infections, meningitis, and sudden infant death syndrome (SIDS).

Extensive research also shows that nursing helps to enhance/boost a child’s brain power considerably. And at the same time, protects them from insulin-dependent diabetes, colitis, Crohn’s disease, and several forms of cancer as they grow older.

Therefore, aim to nurse your child on breast milk only for the first four months of their life and, at least, a year while weaning them off.

Regular exercise does not just play a significant role in ensuring a uniform growth rate in young children but boosts their immunity system as well. If anything, it is not hard to see that the most physically active children rarely fall sick, and if they do, their recovery is typically flawless and within a remarkable timeframe.

The best way to get your kids to be physically fit for life is to act as a role model. Instead of just urging them to exercise, join them and exercise with them. Start with simple collaborative sports such as teaching them how to balance a bike and later, as they grow older, introduce them to strength and resilience training at your local gym.

Although combating germs or adopting measures that fight germs does not necessarily boost one’s immunity, it is an excellent way of reducing the cumulative stress on a child’s developing infection resistance thus allowing it to thrive and become gradually stronger with time. Make sure that they wash their hands – with soap – every time they use the bathroom, play with pets, blow their nose or just before meals. Let them learn how to clean after themselves as early as possible and integrate the culture of changing toothbrushes after a bout of a viral or bacterial infection.

This includes the likes of whooping cough, measles, poliomyelitis, typhoid and, if you live in the tropics, cholera too. This will not only help keep the illnesses mentioned above at bay but also fortify your children’s infection-fighting mechanism against virulent bacterial, fungal and viral diseases. And as a bonus tip, ban secondhand cigarette smoke near your children. Kids are typically several times more susceptible to it than adults. Unlike you, you child’s detoxification system is less developed and hence more likely to be affected by secondhand tobacco smoke.

Megan P. Richardson is a mother of 3 lovely kids and the founder of Kudkid . She created this blog as a gift to her kids. Kudkid is concentrated on discussing about fitness, style, health, recipes and savvy mom advice and sharing them to help you through pregnancy, birth and raising your kids.