Will you get a Second Stimulus Check? Here is What the Experts at Arlington Capital Management Have to Say

After the first stimulus initiative of $2 trillion, the U.S government, in its bid to bolster the economy battered by the COVID19 pandemic, is working on a second stimulus package. Congressional leaders and White House officials are examining the pros and cons. However, it is going to be a long haul, as it is evident from the differences in ideas. Despite the House of Representatives passing a $3 trillion bill, The Senate majority leader is unwilling to go beyond $1 trillion. Donald Trump has taken the middle road and is contemplating a stimulus package of at least $2 trillion to help American workers and businesses get back on their feet.

Meanwhile, it is likely that the IRS will come out with a package consisting of the second round of payment in July. During this time is when the congressional leaders will aim to start to work on a proposed second financial package, which could potentially be the last attempt of financial aid from the government as the experts at Arlington Capital Management speculate.

To know how long you may have to wait for the second stimulus check, keep reading. 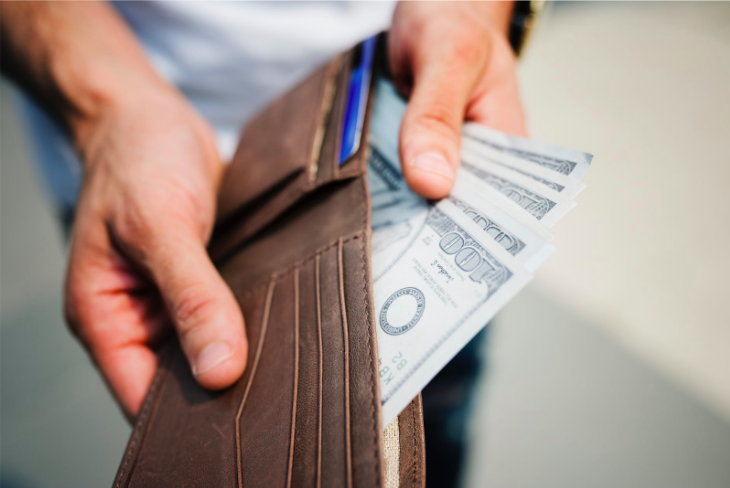 Views from Arlington Capital Management – How much money could you get from the second stimulus check?

The total amount of the second stimulus bill will determine how much money individuals and families could receive. The first stimulus package that was provided in March included enhanced unemployment benefits as well as money for small businesses. The second stimulus package, provided that it is approved, will be distributed depending on the total amount allocated for individuals and families from the total package, which will also be distributed to others in need.

It is important to remember that the first stimulus package had earmarked $1,200 for individuals and $2,400 for couples who filed taxes together. Another $500 was for each dependent under 17 years was distributed. Individual U.S residents with an annual gross income that does not exceed $99,000, household heads earning under $146,500, and childless couples who jointly file taxes earning less than $1,98,000 were all eligible for the check.

Timeline for the second stimulus

As reported by Bloomberg on June 4th, Congress has not yet set any dates for the second stimulus. However, the Senate majority leader Mitch McConnell is hopeful that work on the bill could start by the end of July. The Senate proposed to start working on a second stimulus package that includes a recess of two weeks starting July 3rd and ending on July 17th.  The executive branch of the White House will most likely work through July on its’ proposal as reported by The Wall Street Journal based on the feedback from White House officials.

Before discussing the details of a new stimulus proposal, Republican leaders and White House officials want to evaluate the amount allocated in the first stimulus initiative. It is unknown if the ongoing protests across the globe protesting the deaths of George Floyd, Ahmaud Arbery, and Breonna Taylor will affect the government’s plan.

As the enhanced unemployment allowances for an additional $600 a month is about to expire on July 31, the Republican leaders and White House officials will be under pressure to quickly negotiate a deal after commencing negotiations as per the timelines mentioned above.

What would be the delivery mode of the second stimulus check?

Payment was issued in a number of ways including: direct deposit, as a prepaid debit card or as a paper check. It is possible that the mode of payment for the second stimulus payout could be different. It has been considered to make it easier for some recipients, especially those who do not have a bank account to which they can easily receive the money. In a virtual hearing of the House Financial Services Committee held last week, the issue of making the payment with ‘digital dollars’ was discussed at length in attempts to simplify payment methods.

Assessing the need for a second stimulus check

Despite growing expectations for a second stimulus check, there is still an ongoing debate on determining the necessity of a second stimulus check. Last month, according to Steven Mnuchin, who is the U.S Secretary of the Treasury, it was deemed necessary to devise a plan for another stimulus initiative in order to bolster the economy. Jerome Powell, who is the Chair of the Federal Reserve, subsequently seconded this statement- this could be found in a separate statement. It is apparent that there are signs of improvement in the unemployment rate for which is great news for the recovery of the U.S economy without, even with out the need for a second stimulus payout. The unemployment rate in May declined by 1.4%, which provides hope in that the economy is moving in the right direction without the need for any more stimulant.

If the proposed second rescue package is approved by both the Senate and the House as well as receiving a signature from the president, can people hope to receive the second stimulus check. It then falls under the jurisdiction of the IRS to determine how to organize and distribute those checks by utilizing its system. However, the wait could be for an undetermined amount of weeks before it becomes certain that a second stimulus check is a reality.