Ruth Handler, co-founder of toy giant Mattel was inspired to create the first Barbie Dolls, which grabbed the attention of the public at the New York Toy Fair in 1959. The inspiration for the dolls was her daughter who she has seen playing with paper cutout dolls. she wanted to create a doll that would allow young girls to live out their dreams and to inspire them to be all that they could be. The doll was by no means runaway success when first launched – but Ruth Handler persevered – and now, over half a century later Barbie Dolls are recognized as still being the market leader. 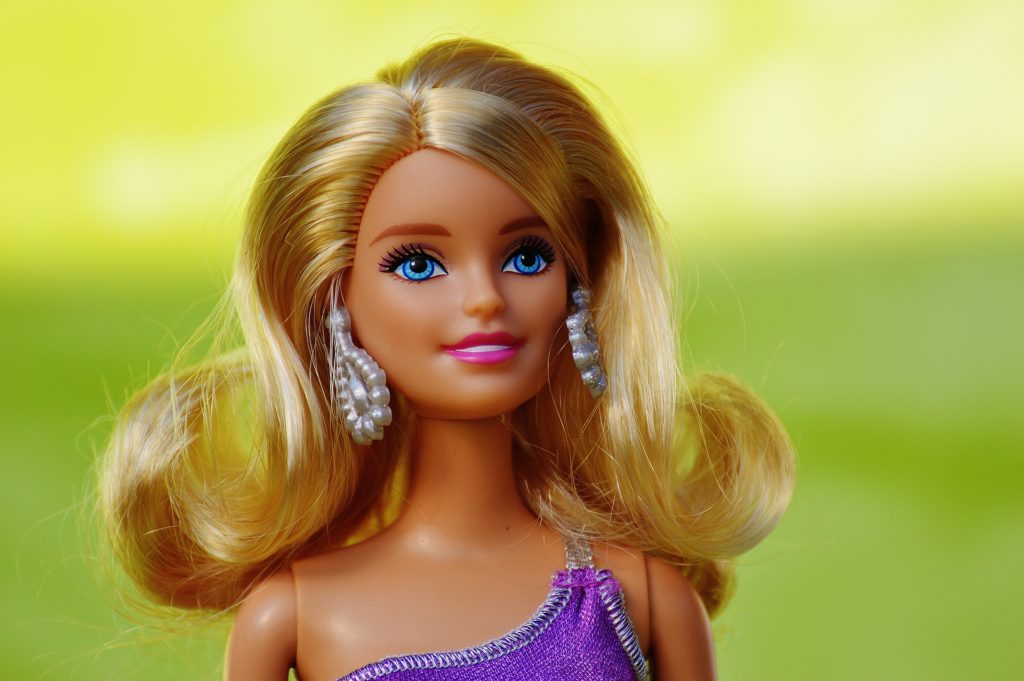 The beauty of Barbie Dolls and the playsets that have become so much a part of this iconic doll’s appeal is the fact that they excite the imagination of those who interact with them. They encourage children to make their own stories- and given the sheer number of different dolls and the playsets the possibilities are almost endless.

In fact, over the years Barbie has taken on a number of careers and made lifestyle choices that provided children with a lodestone when it came to their dreams of the future.In 1961 barbie appeared dressed as a nurse, in 1995 she was a firefighter, in 2015 a scientist and in 2020 she now appears as the leader of a political campaign team – clearly this plastic lady has been going places – and that inspiration continues with the marketing payoff line ‘You Can Be Anything’.

Mattel has not only be relying on Barbie Dolls to inspire and entertain. They have also joined forces with PUR,one of the world’s leading cosmetic and skincare brands to launch PUR x Barbie. A collection that is marketed as being ‘inspiring’ through the provision of ‘Endless Possibilites’.

However, Barbie remains the star of the show. The original vision of the doll has now been sharpened to include a variety of figurines that reflect a number of lifestyle, but the core message remains inspiration and allowing those who own a Barbie variant to embrace the idea that they can live their dreams. The original blond version has been supplemented by a range that encompasses variety of racial groups – and Ken appeals to boys. There are career Barbie’s, Barbie’s that showcase the latest fashion trends for the younger generation and that enormous range of Playsets. However. Those children who own Barbie’s are also encouraged to continually explore the possibilities with a huge range of fashion accessories and even pets. The’Signature’ range allows those who are fans of classic barbie to invest in looks that range across the entire timespan that the dolls have been on the market.

Of course there are now Barbie cartoons and movies which serve as inspiration for the younger generation to add to the stories that they enjoy in the small and big screen.

Barbie is a timeless classic that Mattel keeps fresh through continued continued innovation. It is clear that Barbie will be inspiring the younger generation for the foreseeable future.