Being a caregiver to a child with autism is the most beautiful and humane, yet endlessly challenging and sometimes an extremely stressful way of living. My name is Vanessa, and as a mother and a caregiver of a child born with autism, I know best how it seems to live through similar patterns day after day. Never have I ever thought of being a parent of a child with autism means being doomed to live an unhappy life. Yet, I won’t lie – seeing your most beloved person being sensory overloaded or dealing with a tantrum is truly devastating.

It is no secret many parents become more and more stressed over time, but, I have my theory. Despite the fact I had physical declines so many times, I know my 13-year old angel needs me. Me – as a supportive, understanding, and loving parent. I found my ways to overcome pain points of being a caregiver to your child carries and today I am here, to help all the parents in this world be the best version of themselves in order to raise an as happy and less anxious child as possible. 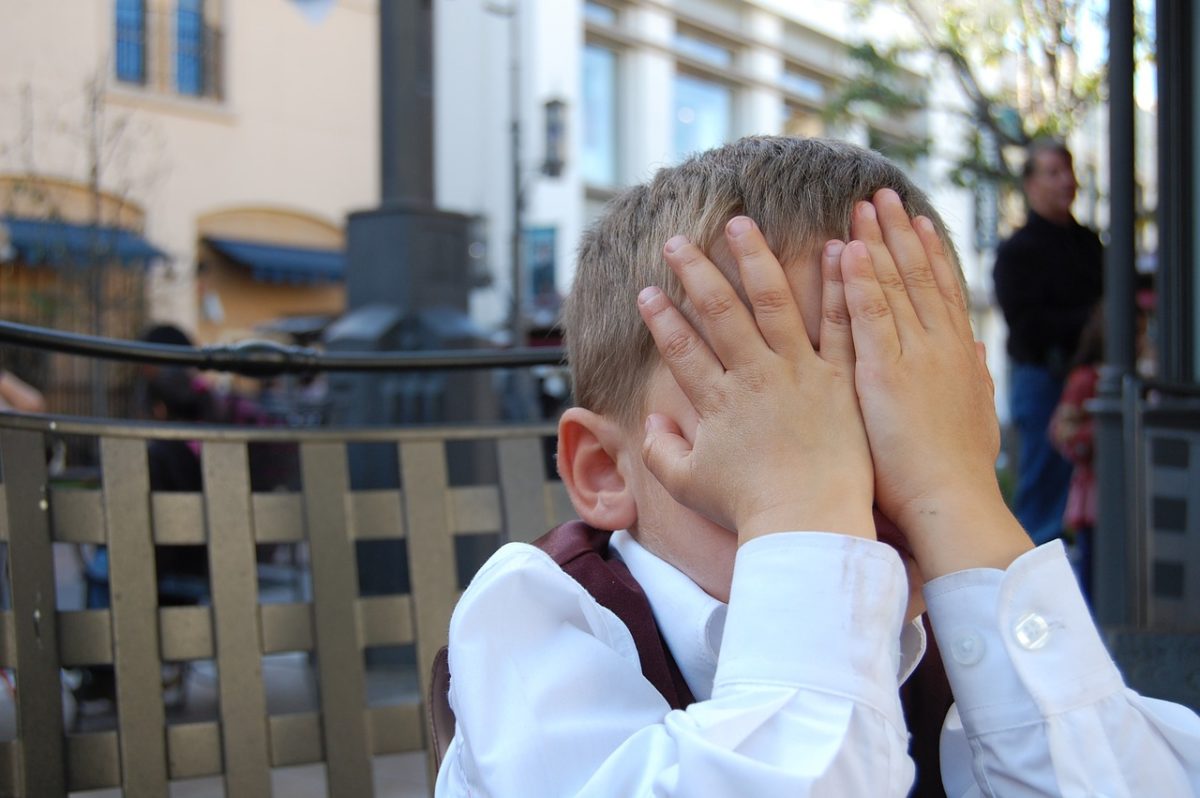 Ever since Jim was a toddler, I noticed he reacted differently to things and he had different impressions than his peers had. At the age of 3, Jim had a pretty limited vocabulary of about 10 to 20 words maximum. It was really hard for me to understand what he was saying or asking, which only reflected even worse on his condition. As a mother who wanted to provide everything to my only child, I simply couldn’t reach far enough to be a good parent, or, at least I thought I was an awful mother back then.

When Jim started school, it wasn’t much different. His vocabulary expanded a bit, but nobody but me could know what he was asking for or saying. He got terrified at all the confusion being surrounded by so many people. With him saying two to three words at best, I was praying I would find a solution to communicate with him easier. And, then – I discovered Minecraft, a PlayStation game that was a game-changer for both of us. It helped Jim build words and express himself in a way better way, while I was able to understand and provide him with everything he wanted and need.

Being accused of bad parenting

One of the hardest moments in my life was when one of Jim’s schoolmate’s parents told me I was a bad parent. At certain points, I truly felt nobody understands my efforts in trying how to figure out what would help my boy. Jim acted aggressively sometimes with other kids, biting or hitting them. Even his teacher tried to explain I was too soft on him, like forcing him to be more disciplined would make autism magically disappear. That is when I realized it would be much better for Jim to be in an environment where people can understand his condition. I researched some of the best-recognized schools for children with autism and Jim started attending classes in one of these.

Watching your child writhing in pain

Sometimes, it happened clock ticking made it impossible for Jim to focus on eating. Other times, too bright images, over-stimulating words, or not giving him what he wanted the same second made Jim shrivel in pain. It was so painful to see him in such a condition. Not only a parent, but every person in this world would have their heart broken over this scene. Yet, with time I learned how to cope with different mechanisms and make Jim’s and my life easier. One of such solutions was discovering one of the best walk in tubs Jim finds amazing. I provide him endless support and make him feels he is safe when he is with me, we are so in tune with each other. If you listen out to unspoken signals your child gives you, you will prevent many meltdowns autistic kids go through.

Becoming a parent for the second time

When me and my husband, Allen, got Jim, we never thought we would have more kids besides him. Most of our time when Allen is home evolved around making Jim as happy and comfortable as possible. Yet, Allen spent 10 or more times working, as he is a plumber, and I was with Jim all the time, as his mother and a caregiver. Two years ago, I found out I was pregnant. After two months, I started feeling sick every morning and pregnancy got harder with every month. Jim wasn’t aware of that fact he was going to have a baby sister – all until she was there. He found crying of a baby unbearable and had breakdowns almost every day.

I felt even guilty for having another child and that time was more like a curse than a blessing to me. When Allen was home, I spent most of my time with my baby girl but was around Jim as well. Yet, I didn’t want to give up. I kept the baby away from Jim while she was crying, but tried to keep her close to him while she was sleeping. Then, Vivien started smiling at him, which caused a positive reaction with Jim. Even though he still finds his little sister hard to be around, we felt an improvement. Hope it will get even better with time.

Only a parent of an autistic child knows how hard it is to have a proper sleep. With Jim, especially when he was younger, I rarely made four to five hours of sleep. Allen had to sleep because of his work, and, even when he wanted to stay awake, I used to tell him I was fine with staying with Jim. So many times I fell asleep in Jim’s bed, but his condition made it very hard for him to fall asleep. After having a 5 to 10-minute nap, he would wake me up, and we went in rounds like that. The only solution for me was to sleep when Allen’s back from work when I take three to a maximum of four hours to sleep while the boys are together. Yet, I am never fully relaxed, knowing Jim or Vivien would need me.

Autism is just like that – it is better when you accept it, and when you are trying to fight over it or get angry with it, you will only make your child feel worse. I found my ways to make it easier for me as a parent and a caregiver, and most importantly – for my angel boy, Jim.