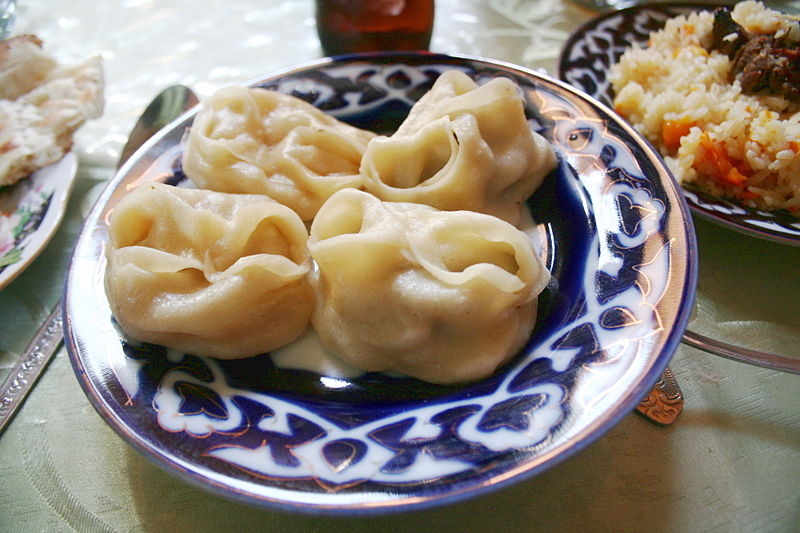 Uzbekistan is of the significant successor states of the erstwhile Soviet Union. From ancient times onwards, it was a major city situated on the Silk Route and a meeting place of the cultures of East and West. The Emirates of Uzbek were included in the Russian Empire by the year 1868. In 1918, once the monarchy ended, Uzbekistan incorporated seamlessly into the Soviet Union. After the end of the Soviet era, most of the Central Asian republics liberated themselves.

The historical roots of ancient Uzbekistan falls in the forte of ancient Persian culture. However, later on, fierce Islamization brought forth a real new culture which also led to some fundamental. All the cultural blending have a significant impact on Uzbek cuisine too where you can find terminology as plof, kabof or shashlik for example. You can see the counterparts of the Arabic or Turkish vocabulary also as pilaf, kebap and so on. Whatever the case is, Uzbek cuisine is now regarded globally as one of the most varied and tastiest halal cuisines.

Per Islam belief, food items are consumed only if it corresponds to the requirements specified by Koran and Hadith. At the first point, it must be ‘halal.’ This Arabic term means ‘permissible or ‘allowed’ by god. Halal is opposite to the term ‘haram,’ which means prohibited. There is a term somewhere in between as ‘makruh,’ which means ‘not forbidden, but undesirable.’

It is evident that Koran borrowed these dietary concepts from the then existing Mosaic nutritional rules. For example, the consumption of pork and blood is considered to be haram. Also, the meat of other animals will be halal only if slaughtered as per the specified ritual. For this, the throat must be cut in a single incision. Basic food as per Islam culture is Tandyr (clay oven) baked flatbread in addition to rice. All of these prevail in Uzbek food too.

Some top Uzbek dishes for foodies to try out

It is more a Central Asian variety of the ramen, which is very pricey too. Meaty broth enriched with lamb chunks filling, vegetables, and handspun noodles. Alongside being soupy, it has a non-soup version also.

Another soupy dish with salt water boiled small dumplings or bouillon is served along with sour milk. The soup is seasoned with onion, pepper, sour cream, tomato paste, and black pepper.

As per Uzbek cuisine, their traditional meals start with some appetizer like a salad. Bademjan is a classic appetizer which combines fresh-cut eggplant slices, peppers and radishes lay on a green bed sprinkled with parsley garnish. Similar to many other Uzbek dishes, this also comes in family style to be shared.

Named after the capital city of Uzbekistan, Tashkent salad is a trademark dish made using boiled beef tongue with fresh greens and radishes, coated with yogurt and garnished with crispy fried onions toppings.

As we can see, Uzbek cuisines don’t have much for diehard vegetarian fans, but this is one particular dish which can quench their craving. It is made of a thin slice of onions and tomatoes sprinkled with spices. The dish offers a very healthy and flavored finish.

A calorie-rich dish served at all Uzbek restaurant which is a beautiful mixture of rice, grated onion, grated carrot, raisins, and bits of meat. The nickname of ‘wedding’ pilaf came from the fact that it can be cooked quickly and quickly in larger quantities over an open fire. Also, traditionally, this dish is served on special occasions like weddings.

In this dish, which is served with sour cream, steamed dumplings get dill sprinkled, and vegetables, spices, or meat is used for stuffing.

This is a standard dough pastry in a triangular shape which is tandoor oven baked. Through the baking process, the bread coating is made soft and crunchy. The fillings inside can be anything like ground lamb, spices, herbs, or even the most traditional Uzbek option of pumpkin.

This dish had always been an oriental merchant favorite. The primary ingredients of the dish are hand-spun noodles and boiled jerk meat. It is served with black pepper and minced onions as toppings. The specialty of this dish is that it is made traditionally using horse meat.

It is another variety of Uzbek soup made using mutton meat fat and fresh cut vegetables like carrot, tomato, and onion slices. You may find two verities of it as Kaytnama using fresh meat and Kovurma with fried meat.

It a chewy stew which is made with potatoes, meat, vegetables, onions, and sometimes fruits also get added. The stew then gets seasoned with spices and adding dill.

As we discussed, above Islamic food in general and Uzbek cuisine especially is known for flatbread. Kutabi is deep-fried in the oven and served with vegetables and meat inside.

This dish is famous across the globe. Chunks of chicken, lamb, or lyulya (a mixture of spices and mutton) topped with slices of onion are served on steel skewers. This item is served with Adjika, which is a spicy red sauce made from red peppers.

This cannot be called as a dish, but the Uzbek restaurants usually serve it to end a full-course meal. It is a platter of some exotic fruits like cantaloupe, pineapple, watermelon, and grape. It is also made with dried fruits too called compote.

In Uzbek cuisine, there are not much dessert choices to make, but this one is worth trying. It can be considered as the Uzbek variety of halvah, a flour-based confectionary with a creamy nut flavor.

Uzbek tea is worth a try, which comes in a wider variety as black tea, green team, and enriched with many herbs. One of the best varieties not to miss is Chai Kaymoki, which is primarily a Bukharian Jew specialty. In this, green tea is mixed with butter and milk with almond spreading over it.

Hope you enjoyed the descriptions and all set to you and tried it out. Most of the Uzbek restaurants also feature a hookah, so for those who are interested, it may be worth trying to enjoy a fruity flavor for a complete experience.