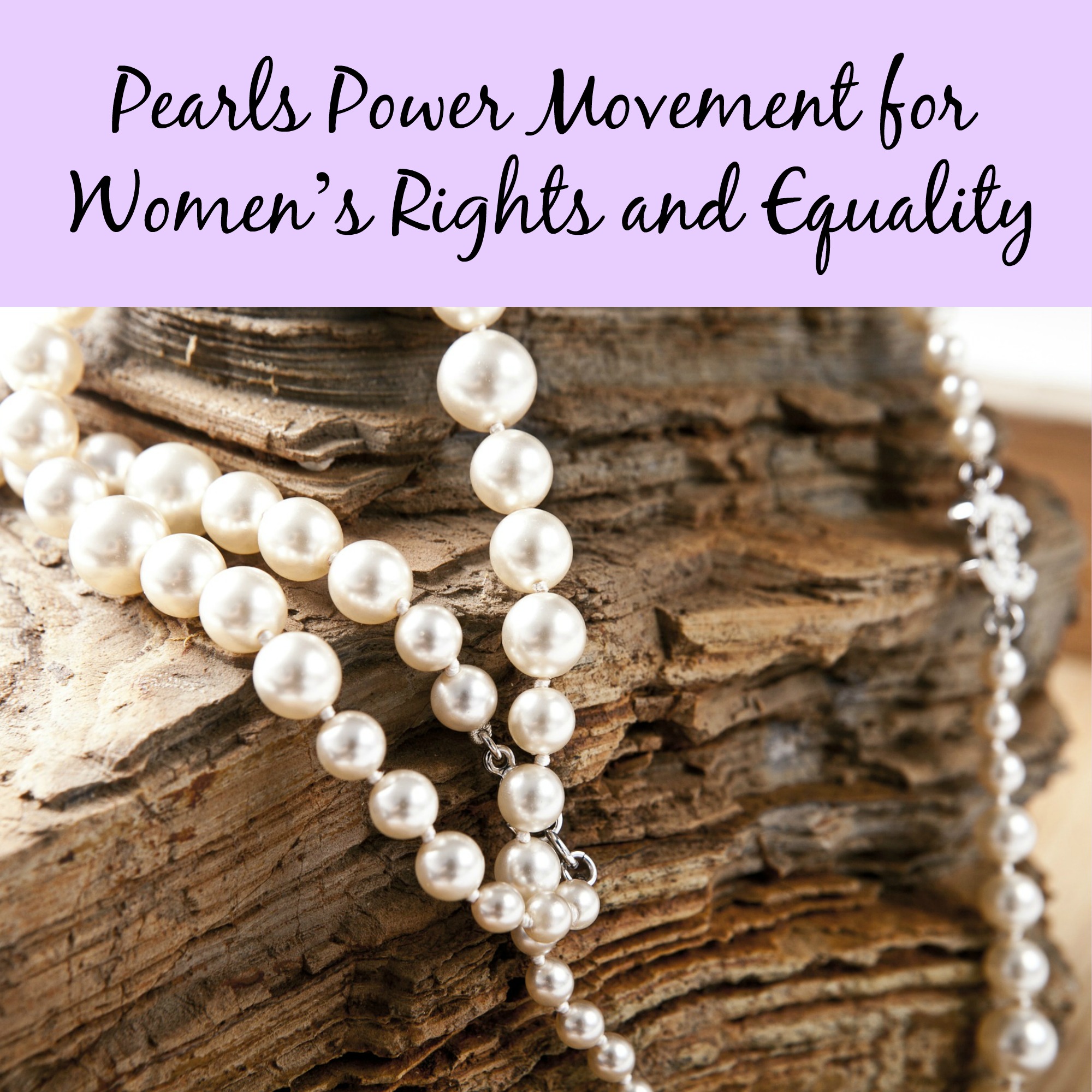 By now, most have you have probably seen the “Time’s Up” pins on the lapels of Hollywood’s male elite. But what about those pearls right next to them? What do those mean? Even we had to look it up.

As it turns out, it’s part of the Pinned by Pearls movement, and here’s what it’s all about:

“Pinned By Pearls provides vintage hat pins for men to wear in their lapels on the red carpet. In doing so, each wearer makes a simple pledge:

“I am actively looking for projects directed, produced, written by and starring women, as well as other marginalized voices. I believe our industry culture will only heal when there are new, diverse voices in power. I wear this pin because I don’t want to stand by; I want to stand up for change.”

In short, the Women’s Suffrage Movement is the inspiration behind the vintage pearl pins being worn on red carpets at the SAG Awards, Oscars, Golden Globes, etc. Actors such as Tom Hanks have not been shy about voicing their support for the movement.

But that’s not the whole story.

For decades, pearls were a classic symbol of elegance and sophistication, seen in the office, around town, at home, and just about everywhere else. Your mom probably owned some, and her mom owned some. Maybe you were even lucky enough to have a vintage set passed down to you at some point. But pearls are about so much more than the classic symbol of feminism now.

In fact, they were specifically selected because they represent how something beautiful can form from a single grain of sand. Out of one, many (so to speak). You see, the pearl hat pin was chosen to represent the movement because of its historical connection to the suffering and empowerment of women. Historically, hat pins were a very important symbol of the suffragette movement, where women fought hard to win the right to vote in pubic elections. These pins, with their “deadly” points, were said to have been chosen as defensive weapons of choice for women. They were eventually outlawed in the early 1900s in numerous US cities.

We spoke with Leon Rbibo of The Pearl Source and Laguna Pearl, two very well-known pearl e-commerce sites, about the cause. He said he’s seen a noticeable spike in sales of pearl necklaces, earrings (specifically studs), and has even had a few inquiries about custom pins.

And sure, while some are simply wearing pearls because they are back in style, others see a meaning much deeper than that.