How to Keep Kids From Trying Smoking 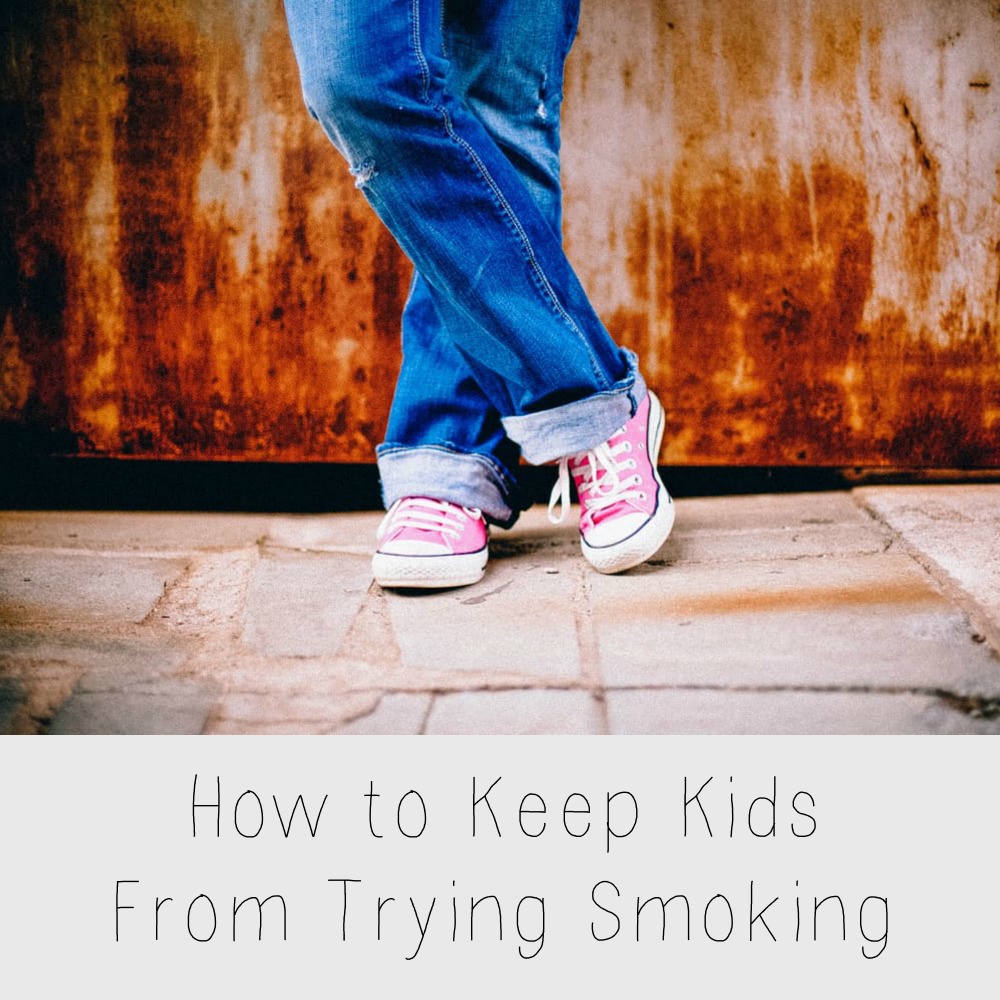 It’s becoming harder than ever to keep our kids from smoking, and if you’re not careful they may be exposed to it earlier than ever before. Instead of trying to prevent that initial exposure, it’s best to arm your kids with the information they need and tactics they can use to stay strong during moments of peer pressure.

Every pack of cigarettes has a health warning on it, but this is often not enough to deter kids from trying smoking. Since many of the dangers of smoking take years to develop it’s hard for a child to wrap their head around how dangerous it is. Many times the short-term benefits of smoking, like appearing cool in front of their friends or losing weight will override any thoughts of long-term health risks.

Explain the Dangers of Addiction

It’s often hard to explain what it’s like to be addicted to something to a child that doesn’t have any addictions. Trying to show that it can turn from a few puffs to a daily need for multiple cigarettes every hour is difficult, and children often think it’s harmless just to try it.

Trying to quit smoking is hard at any age, but the earlier someone starts and the longer they smoke the harder it becomes to quit later. It can be difficult for kids to understand this, especially when they feel Invincible at an early age. They just assume that it will be easy enough to quit when the time comes, and since they have a long life ahead of them they feel that there is plenty of time to quit and not suffer any ill effects.

One of the best ways you can teach your kids not to try smoking is to not smoke yourself. For starters, you can appear hypocritical if you tell him not to smoke but still smoke regularly in front of them. However, it can also drive home the message that it’s hard to quit if they have seen you try to quit multiple times without success.

Address Vaping And Other Forms Of Smoking

These days it’s not enough to just talk about cigarettes because there are other more popular forms of smoking that are all the rage in today’s middle and high schools. Make sure you let them know about the dangers of vaping, as well as different types of cigarettes like cloves and other forms of smoking like hookahs.

Talking to your kids once about not smoking often won’t sink in. Reinforcement by repetition is the only way to make sure that you drive your message home. You don’t have to remind them daily not to smoke, but you should check in regularly to remind them that you don’t approve of them smoking and expect them to turn down any offers to try it.

As long as you remain diligent and have explained the consequences that will come with trying smoking, as well as given them some tips on what to say when they’re asked, your child should have what they need to turn down any offers in the future.