We love visiting Vermont, and are familiar with the Okemo and Ludlow area.  We decided to check out the Jackson Gore Inn located at Okemo Mountain this summer.

Okemo is easy to find, located just outside of Ludlow, off Route 103.  We reached the hotel without any problems, and there is plenty of outdoor parking as well as some limited underground parking (which would be really great in winter – no cleaning off the car!). 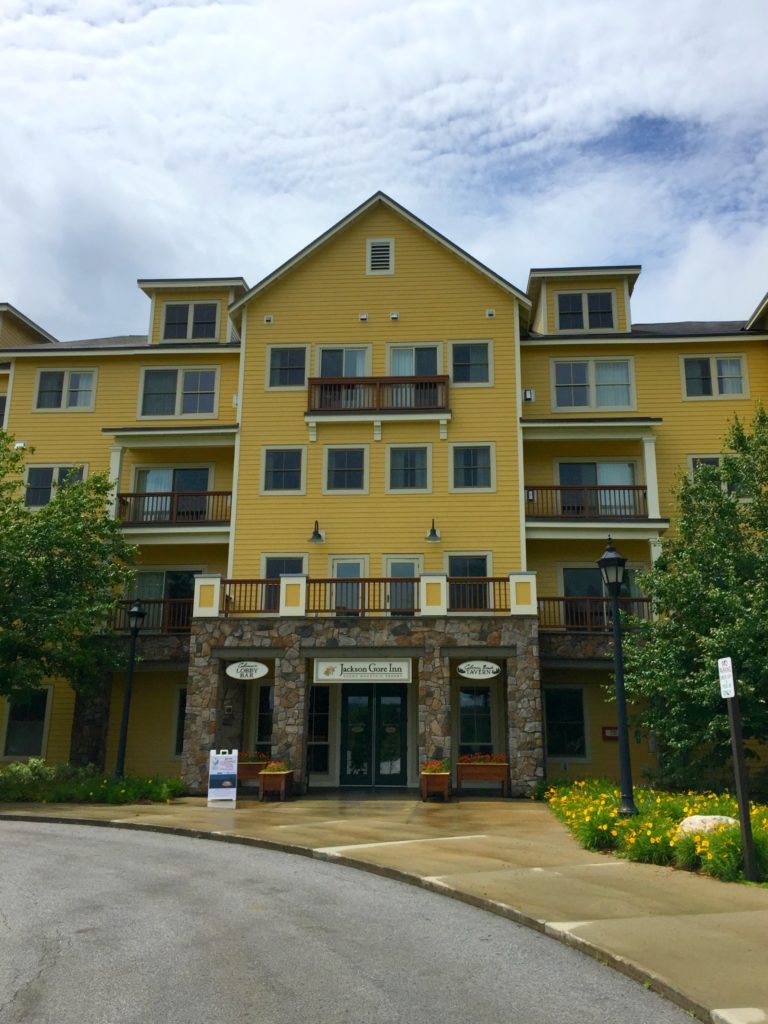 Our room was nice, with two queen beds and the basic amenities.  The only thing we wished it had was a safe, but otherwise it had the basics we expect from a hotel room.  It wasn’t particularly spacious, but that wasn’t a problem.  Keep in mind in the winter you are not allowed to bring your equipment to the room, which makes sense as far as space and stashing messy gear. 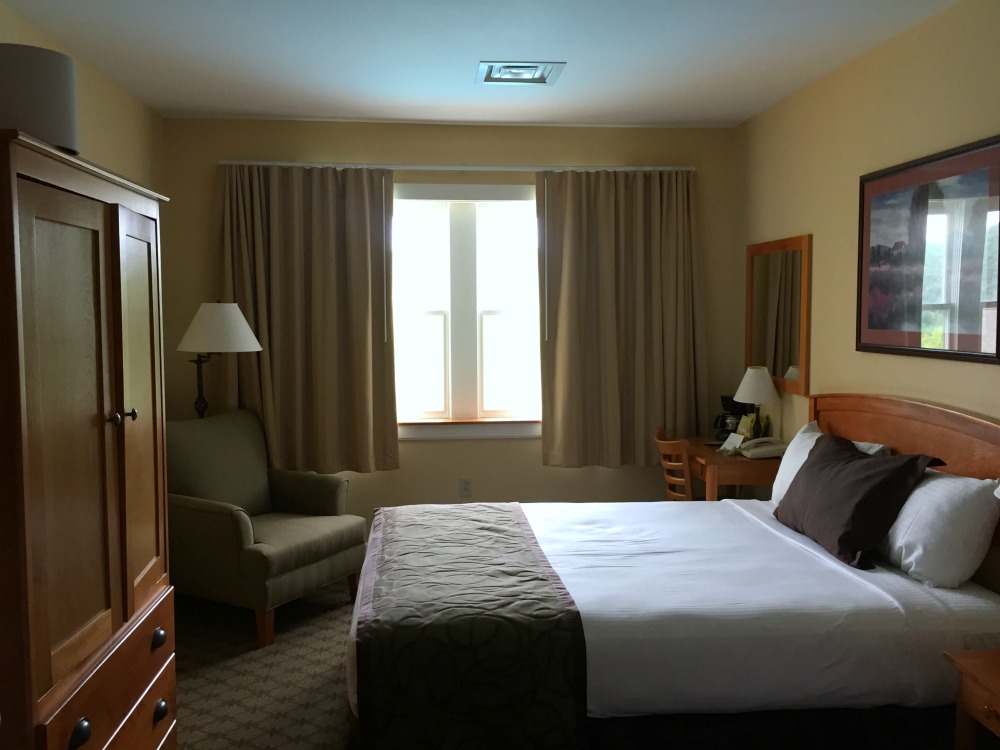 There are a lot of things available on-site, from activities to places to eat.  Keep in mind that summer and winter are very different as far as what is available.  For example, there are only a few places to eat at the resort during summertime, whereas in winter there are quite a few (including a Starbucks!).  It does feel like a little village when you walk around from place to place.  Outside at the bottom of the slope are activities like a ropes course, mining, and more.  There is also a store with everything from basics (toiletries) to gear (skis and year-round apparel). 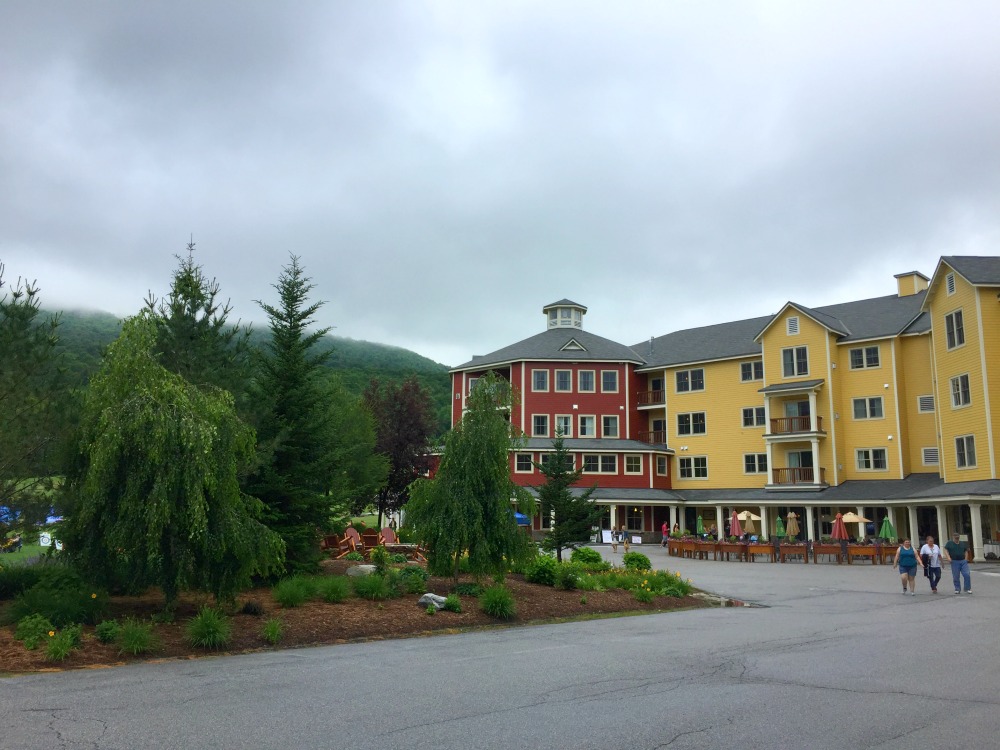 There are many activities to choose from, but they do involve a fee.  You can pay for a pass to access all the activities, or pay per activity.

My 10-year-old went on the Mountain Coaster, which is an impressive alpine slide.

We also went to the Jackson Gore Trading Post.  The Adventure Course was a little wet from a recent rainstorm, so we decided to do some mining instead. 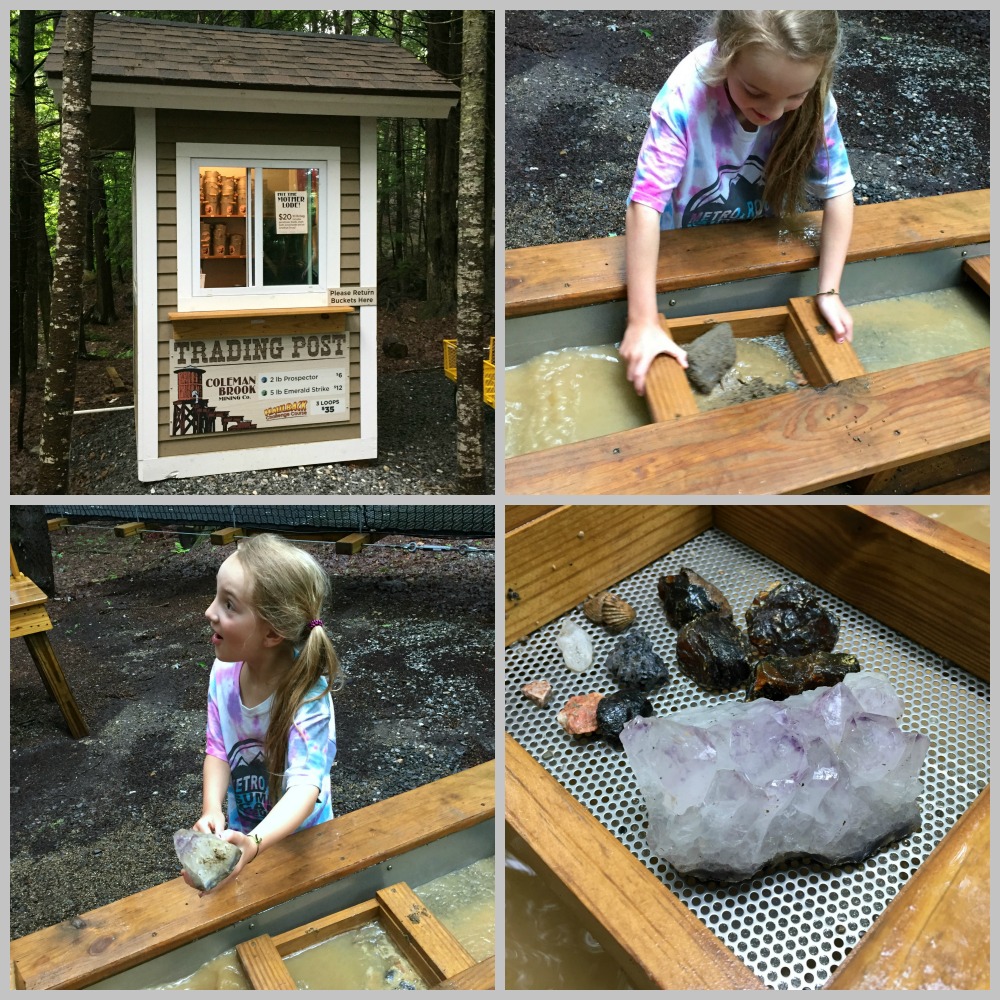 The kids had such a great time mining for a variety of fossils and gems.  This one was in disbelief to find a giant amethyst drury, which is now proudly displayed in her room.

The hotel has two pools, both of which were very nice, and these were a big hit with the kids.  The indoor pool has a slide, kiddie pool, and a jacuzzi. UDPATE SPRING 2019: The slide is gone!  I guess the slide was removed for safety reasons, but it is disappointing nonetheless. 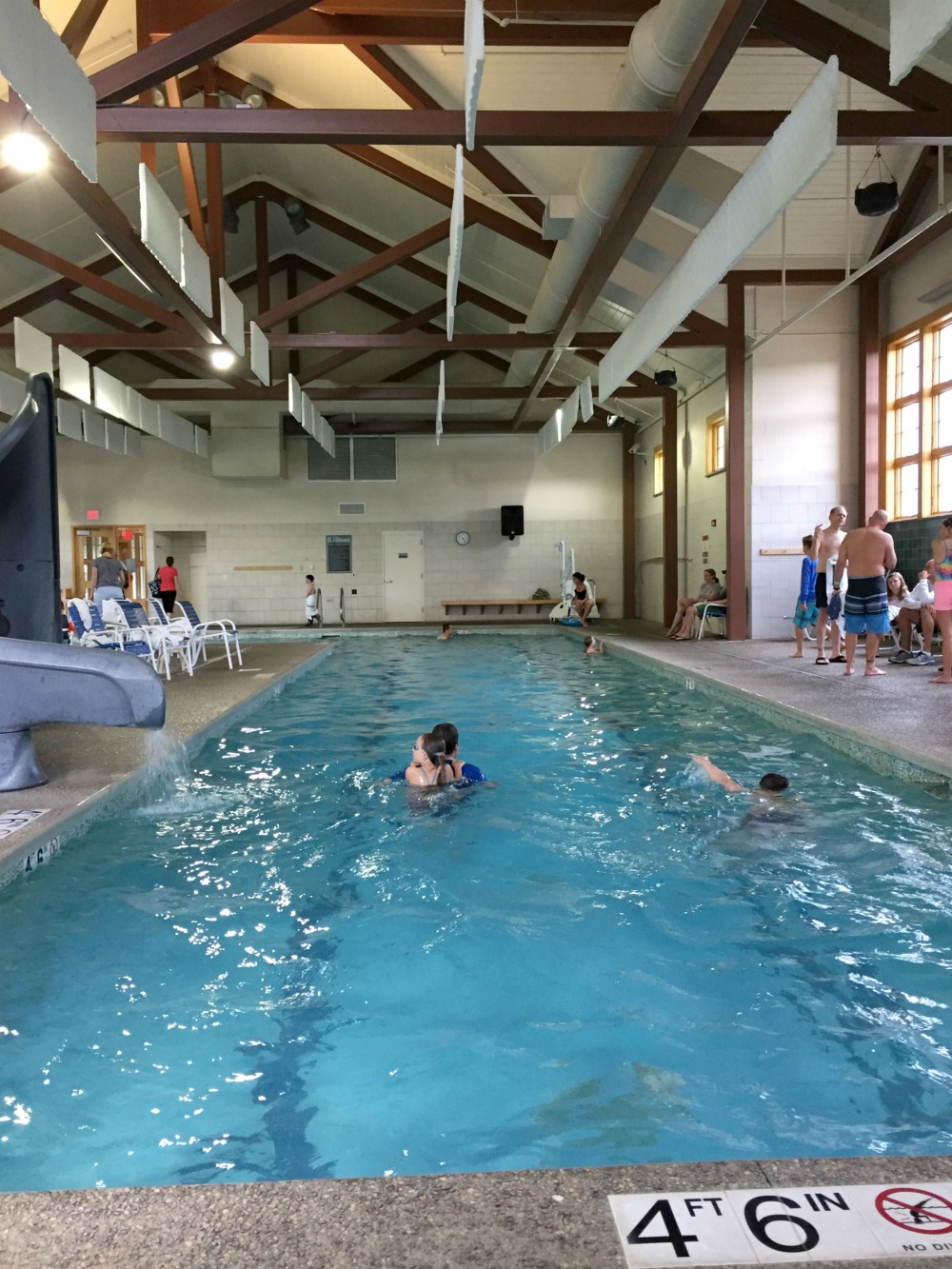 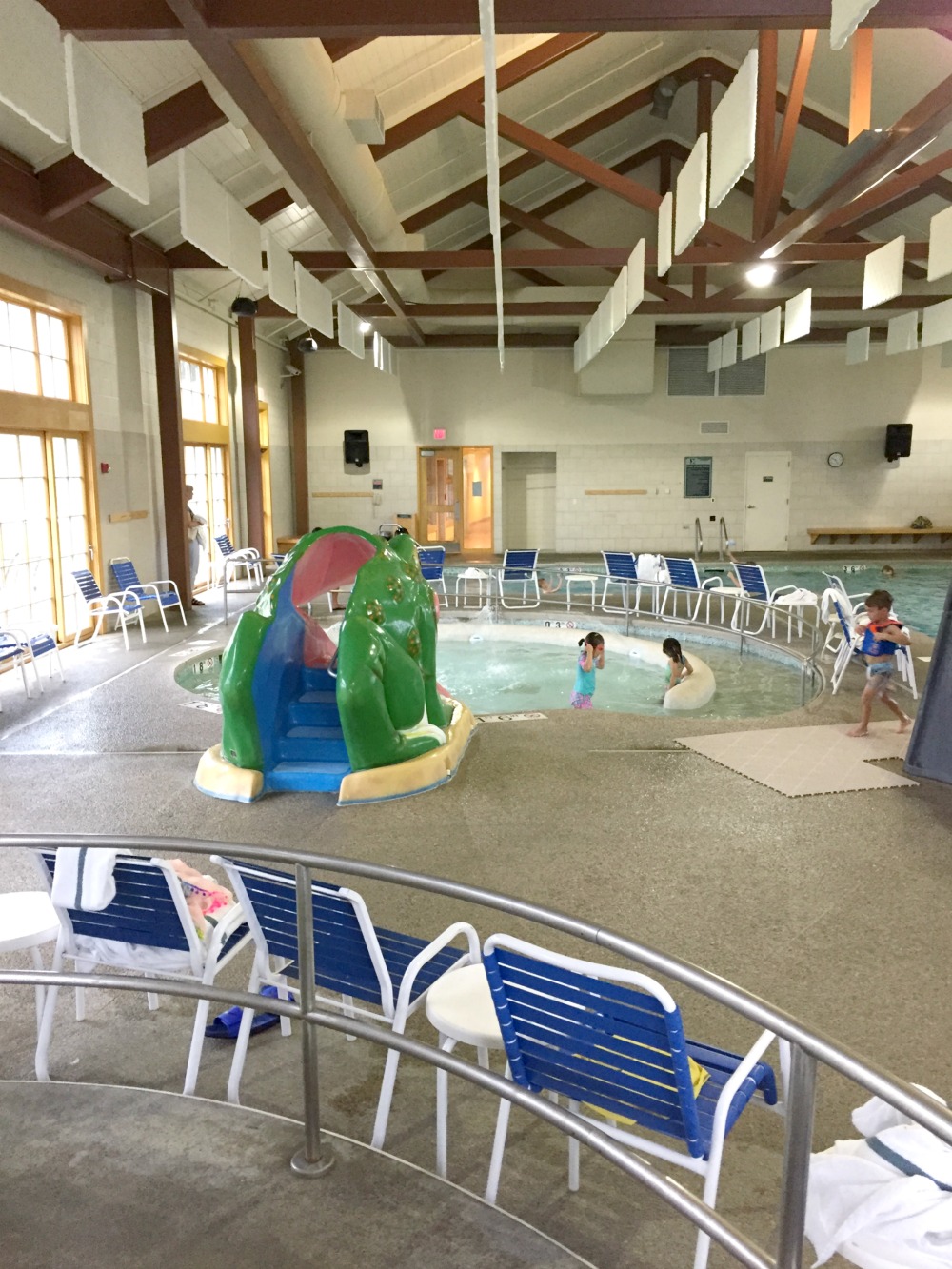 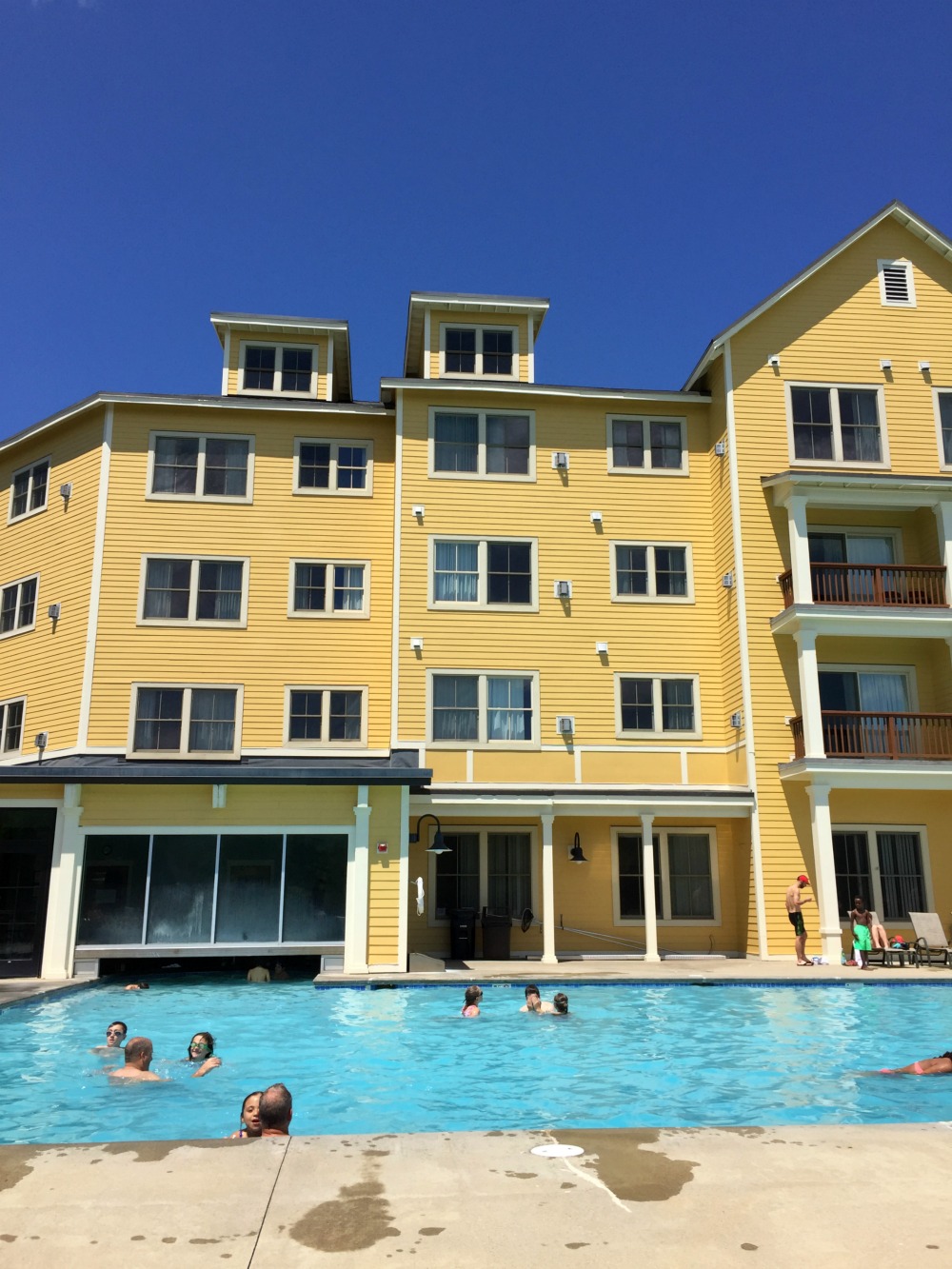 The outdoor pool is heated, which made for some very enjoyable swimming, even after dark.  The kids swam until after dark, and it took everything to get them out of the pool because they were having so much fun.  We are planning on coming back during a cooler part of the year so that they can enjoy swimming outdoors in the heated pool. 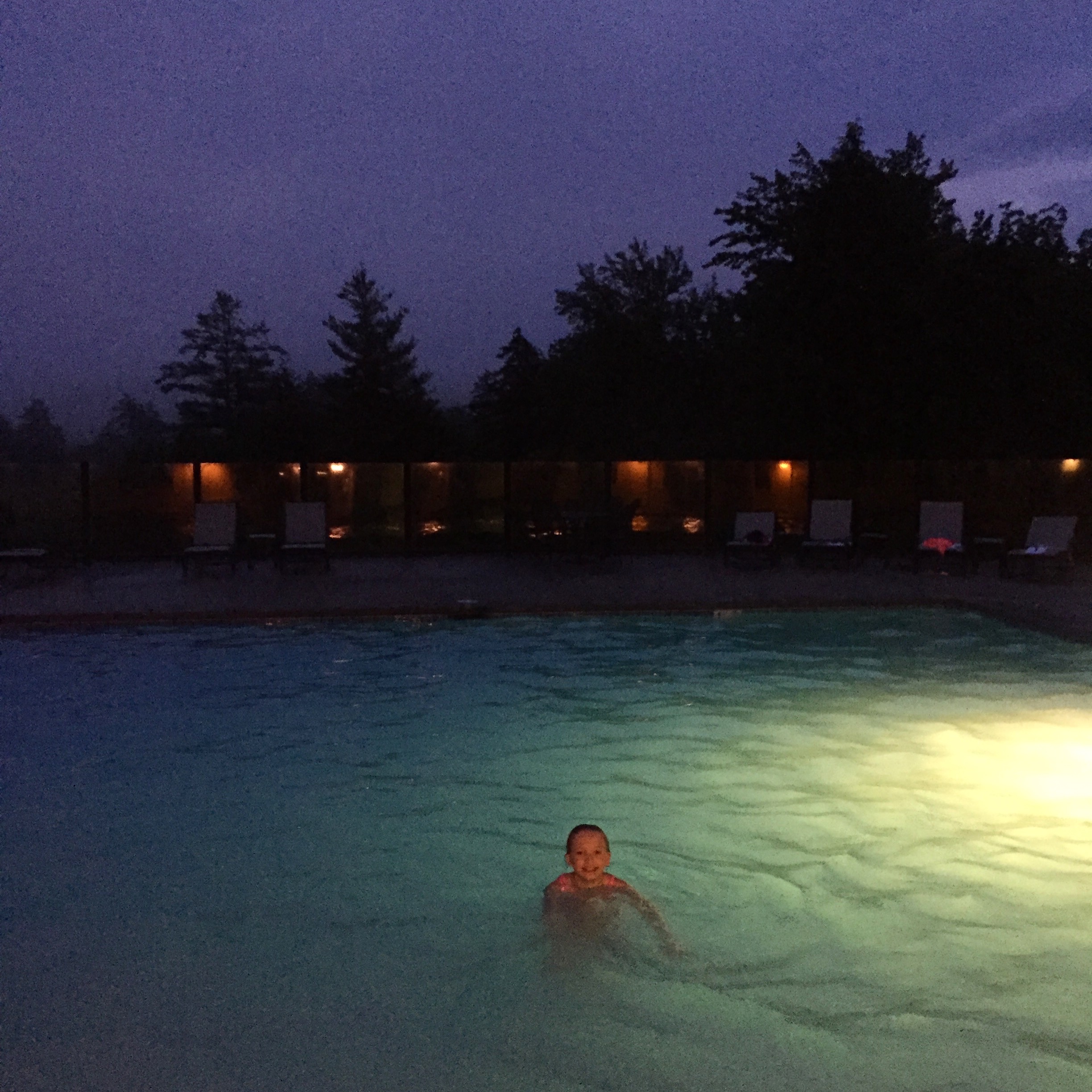 The kids were a little bored at times as we had a ton of rain during our stay.  I think you would do best in nicer weather, or during ski season.  We were hoping to check out some of the trails, but the rain made it difficult to get out.

Overall, we had a nice stay, and I think it would make a nice getaway in general when you have decent weather (spring through fall), especially with the heated pools and hiking.  We haven’t gone skiing here but it seems like it would have everything you need in one place. 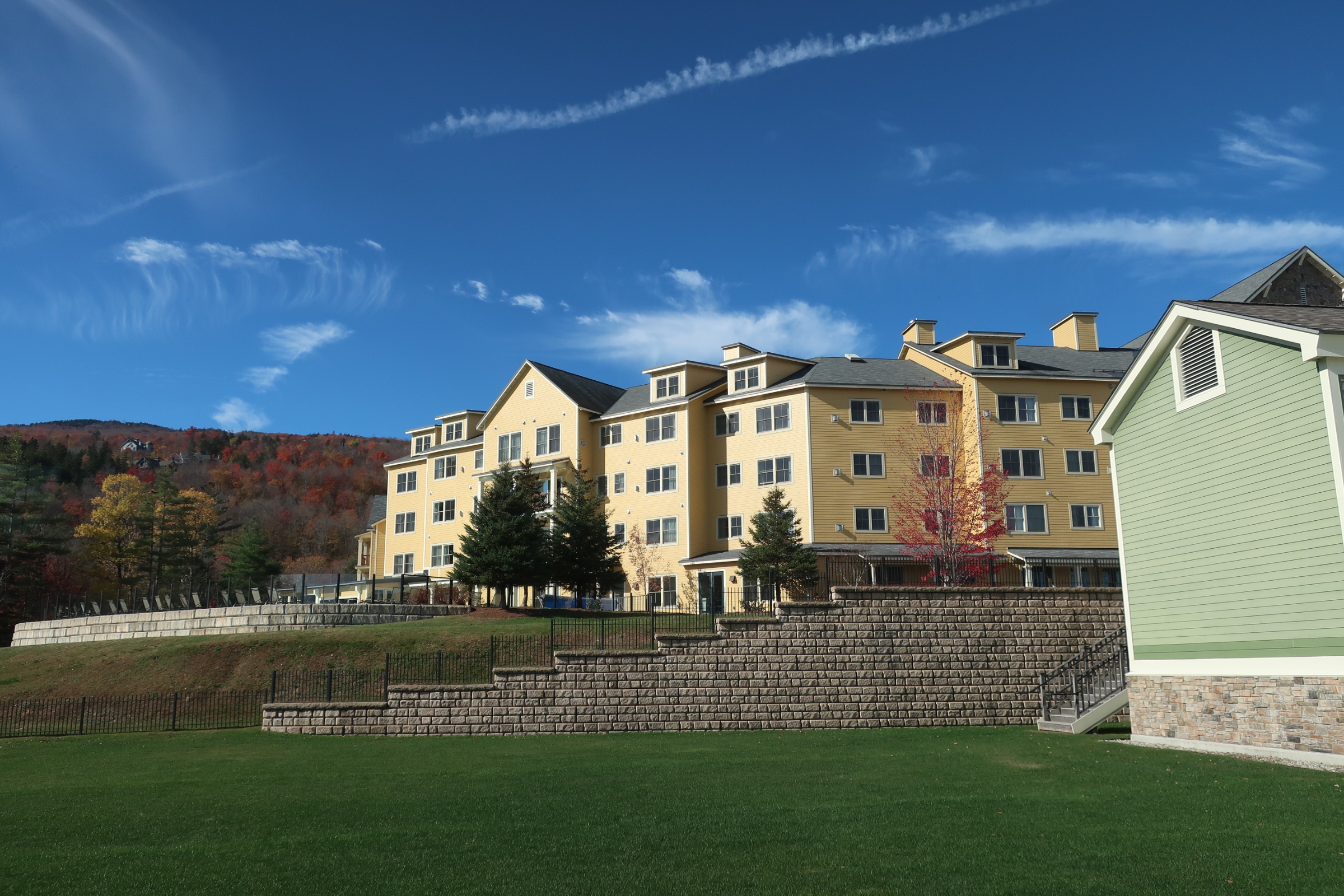 Some of the places we have visited near Jackson Gore Inn:

~ Camp Plymouth State Park, Ludlow, VT – camping, plus you can visit beach and concession area.  We have been many times and rented kayaks or paddleboats or stand-up paddleboards, or just swam off the beach. https://vtstateparks.com/plymouth.html

{ I was not compensated for this post in any way }